In the US, 7-11 offers slushies and sad-looking chicken, but in Japan, convenience stores have just about everything you could want.

If you’ve ever been to Japan, chances are you’ve stopped by one of the country’s countless convenience stores. Far from its standard U.S. counterparts selling lottery tickets and gas, these carefully curated and polished institutions are the last word in convenience.

Called konbini in Japanese (an understandable abbreviation of konbiniensusutoa), step inside the small stores, and you’ll be greeted by an upbeat melody, welcoming calls from the staff, and an array of services, foods, and specialty products. The to-go meals on offer are often seasonal, there’s branded clothing in some, and in others, you can even pay your bills, buy gig tickets, and pick up parcels over the counter.

A whopping 50,000 convenience stores are scattered across Japan, and Tokyo is home to 7,000 of them. There are so many of these stores in the capital that it can be challenging to walk a few minutes without seeing one. Competition between convenience stores is fierce, and the standards are so high that customers have come to expect services like freshly-ground coffee, spotlessly clean surfaces, and a high level of service. 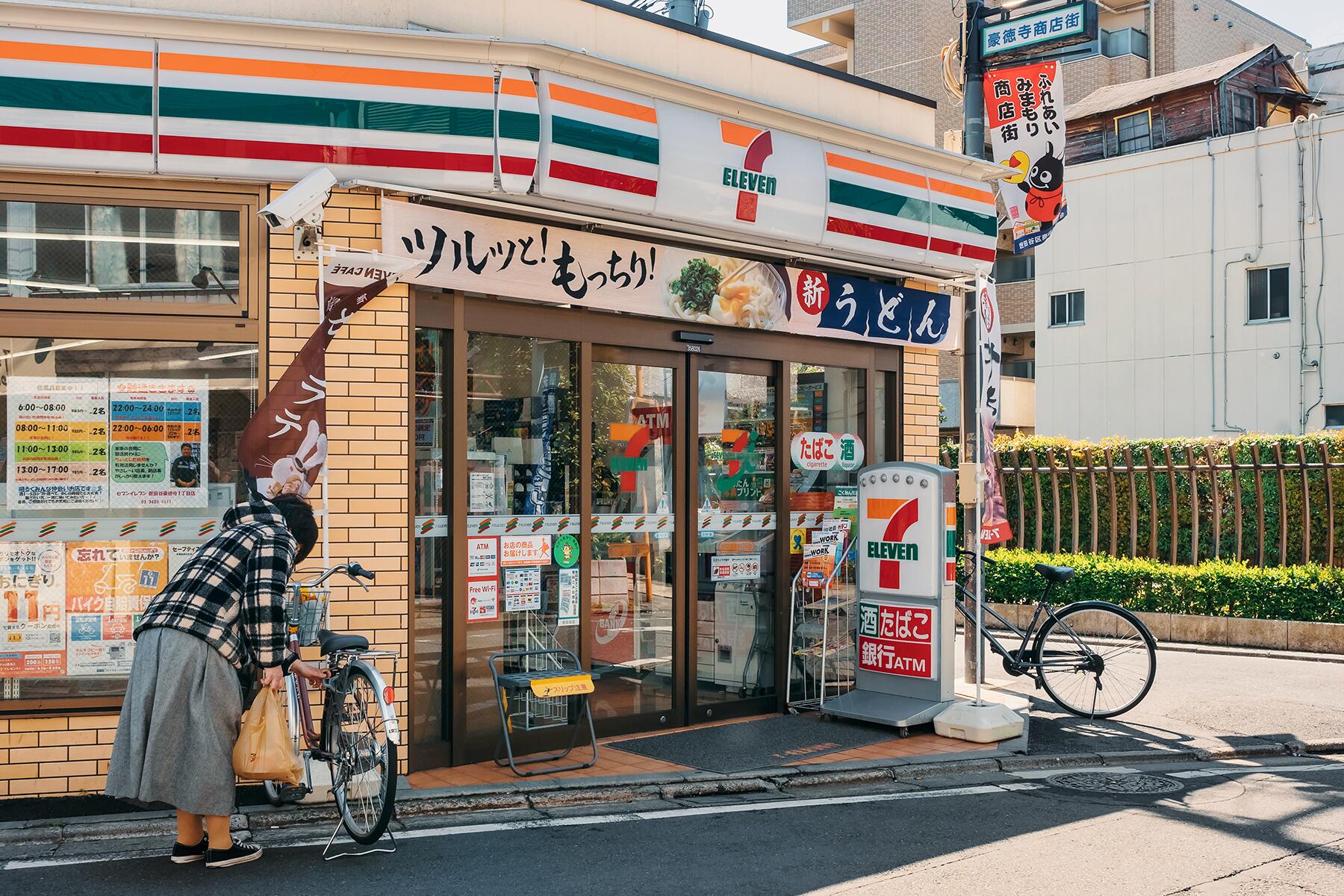 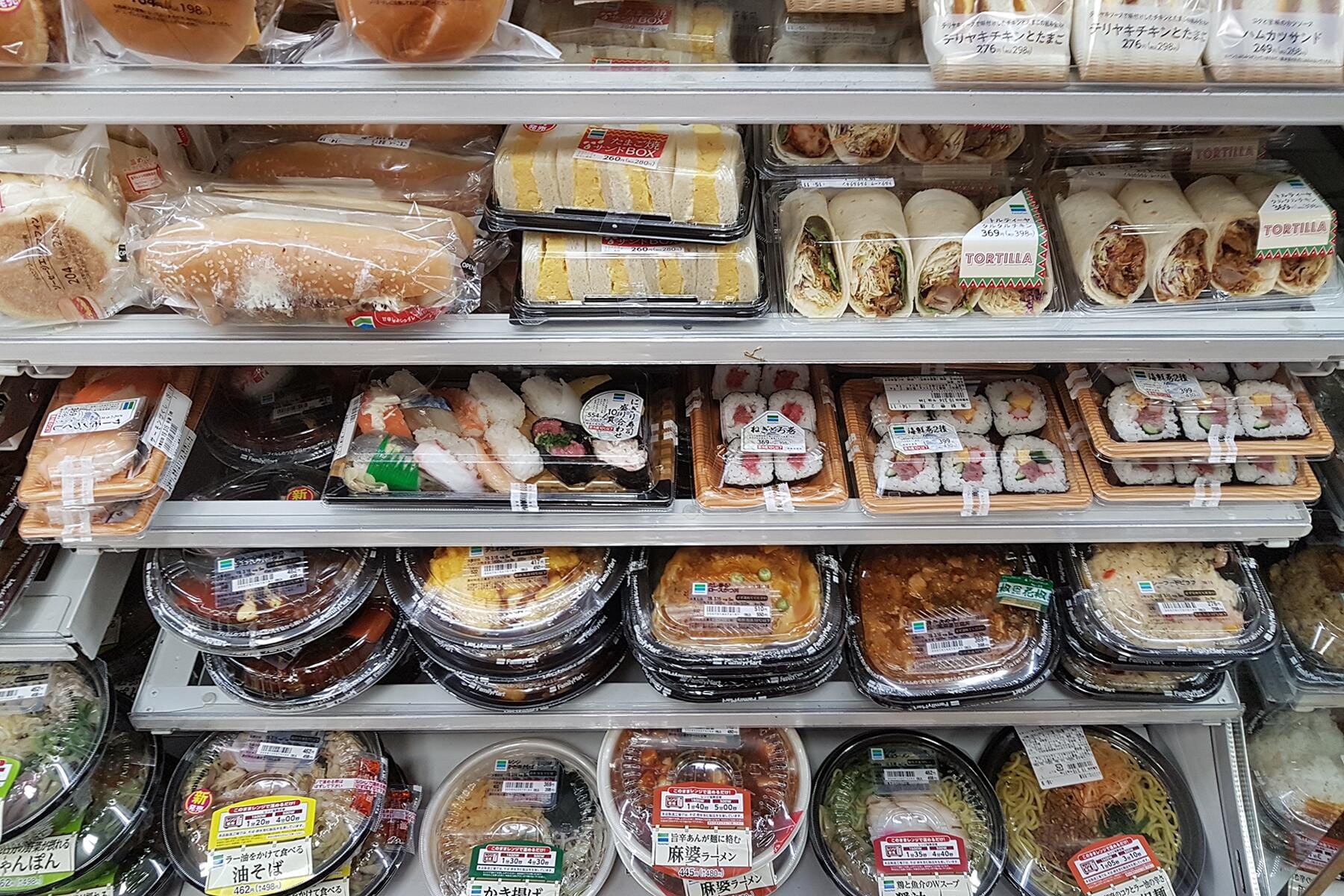 One on Every Corner

The three cornerstones of Japanese convenience stores are 7-Eleven, Lawsons, and FamilyMart. These big guys are the market leaders, pushing trends and vying for profits, but there’s also Ministop, Daily Yamazaki, and Poplar, which aren’t as prolific but still popular.

Recently these everyday institutions were brought to international attention when overseas journalists in Tokyo to cover the Summer Olympics took to social media to share their amazement at the capital’s convenience stores. Unable to freely travel around the city to experience Japanese cuisines, the konbini provided a peculiar insight into Tokyo’s store-bought gastronomy.

Long-time fan Matt Savas became so fascinated with the stores that he and friend Michael Markey decided to start Conbini Boys: a podcast dedicated to all things konbini in Japan. The two provide news on the “latest and greatest” in the world of Japanese convenience stores, including fried chicken taste-offs and new product reviews. For Savas, Japanese convenience stores “couldn’t be more different” from their American analogues.

“7-Eleven in the U.S. is a dumpster. Would you dare eat a chicken wing from that hot box? The pizza is cardboard with melted cheese,” says Savas. “[In contrast], 7-Eleven Japan is magnificent. It’s a shining beacon full of wonder. Juicy boneless chiki [fried chicken], sparkling floors, fresh (and canned) coffee, and plush toilets.”

So, while sub-par hot food may be par for the course in the U.S., the Japanese stores have spent the past 50 years refining their products to suit their demanding customer base. As Gavin H. Whitelaw, a sociocultural anthropologist at Harvard recently told The New York Times, konbini are an entity all of their own: “They have been indigenized, you might say, so much so that they don’t look anything like their brethren in any other places.”

Konbini are more than just about necessity. They are a destination and an experience that changes with the season. Meals, moreish desserts, and mugicha (barley tea) selection are all stocked to reflect the weather while also offering accessories such as umbrellas and flip flops.

Even the instore soundtrack tinkling over the speakers reflect micro seasons: summer is heralded by muzak instrumentals of the Beach Boys and “Under The Sea” from The Little Mermaid, while autumn means cozy renditions of pop classics such as ABBA’s “Waterloo,” among others.

Pushing up-to-the-minute seasonal items is all part of the relentless competition between the different chains. Colorful banners hang out in the front of stores advertising the latest baked goods or fried chicken, often accompanied by the smiling faces of J-pop groups. One such recent trend for the tastebuds is the maritozzo; sweeping through Japan from a Fukuoka bakery, it has since been picked up on by 7-11, who responded by selling their own fresh iteration of the cream-stuffed, orange-tinged Italian pastry.

Alongside this ever-changing sensitivity to trends, there are also the staples. Classic konbini food items such as the egg salad sandwich, onigiri (rice balls), and golden, crunchy katsu (cutlets) in the hot box keep customers coming back—and prove that fast food doesn’t always have to mean low quality.

“The state of the U.S. convenience store hot box is tragic. The food is inedible,” adds Savas. “The konbini has chiki, amazing corn dogs, great grilled chicken, and don’t even get us started on the nikuman—those steamed buns filled with pork are outrageously good.”

Delicious though it may be, it’s not just about the food. A konbini’s true convenience lies in its mind-boggling array of services. Mostly open 24-hours a day, the range of standard services includes an ATM, photocopier and printer, postal services, and even fax service (yes: Japan still relies heavily on faxes).

Easy in-store payment systems allow customers to pick up tickets for things like movies, Disneyland, and transport. And for those who don’t have a Japanese debit or credit card for online shopping, there’s often the option to make an over-the-counter payment at a konbini—you just show a code and pay. Free Wi-Fi is also available for anybody who might want to use it.

While all of these services are handy for most city-dwellers, they are essential for those living in small towns and villages. Konbini also represents a lifeline for people who may otherwise be cut off from services, particularly Japan’s older population.

Just how much konbini have become ingrained in their communities is highlighted by FamilyMart being appointed as a “Designated Public Institution” by the Japanese government. This means that its nationwide network of stores is ready to be utilized in disaster situations, providing emergency relief supplies, coordinated transports, and carrying out recovery activities in areas affected by disaster—even the stores themselves will double up as emergency evacuation sites.

With a focus on convenience and high-standard service to the customer, Japan’s convenience stores are on a whole different level to their U.S. equivalents. Developed over the decades, they have grown to become part of the culture of modern-day Japan.

As customers’ lifestyles change, the humble konbini responds. Coronavirus saw the increase in contactless payments, self-checkouts, and home delivery services, while the concern over plastic packaging has pushed some chains to introduce more eco-friendly alternatives in an attempt to reduce waste.

Although there have been questions over the need to have all stores open 24 hours a day—something that has led select locations to curb their opening hours—it seems the konbini will continue to be a staple of everyday life in Japan. But nothing’s perfect. The Conbini Boys have one change they would like to see in the future: “We hope they one day serve rotisserie chicken. This would be an outstanding addition.”

konbiniensusutoa: no mention that konbiniens is convenience or that sutuoa (store) is what you get when each consonant must have a vowel (no "st") and "r" is absent?
As to rotisserie chicken, no, Rolling Chicken, at least that's what the big billboard called it in Tokyo and so that's what we''ll always call it.