Brunch and a mani/pedi versus a sprawling, sacred temple—take your pick.

While we all generally want to thank our mothers for bringing us into this world in one way or another, industrialist-turned-Buddhist priest, Kozo Kosanji, might have gone a bit overboard. We should be so grateful, though, because now there exists a grand Buddhist temple complex known as Kosanji, built by Kozo as an homage to his late mother.

Kozo started out as a wealthy businessman in Osaka and later became a Buddhist priest to “repay a son’s debt of gratitude to his mother,” as the temple website reveals. It was after her death that he decided to expand the family estate, and no expense was spared. Construction started in 1936 and took more than 30 years to complete. Spread across multiple levels over roughly 12 acres, the temple boasts an excess of 20 unique structures, several gardens, statues, and a couple of other surprises—don’t worry, I’ll get to those later. I’ve been to Kosanji Temple twice, and I still haven’t seen all of it. Truly, it is that massive. 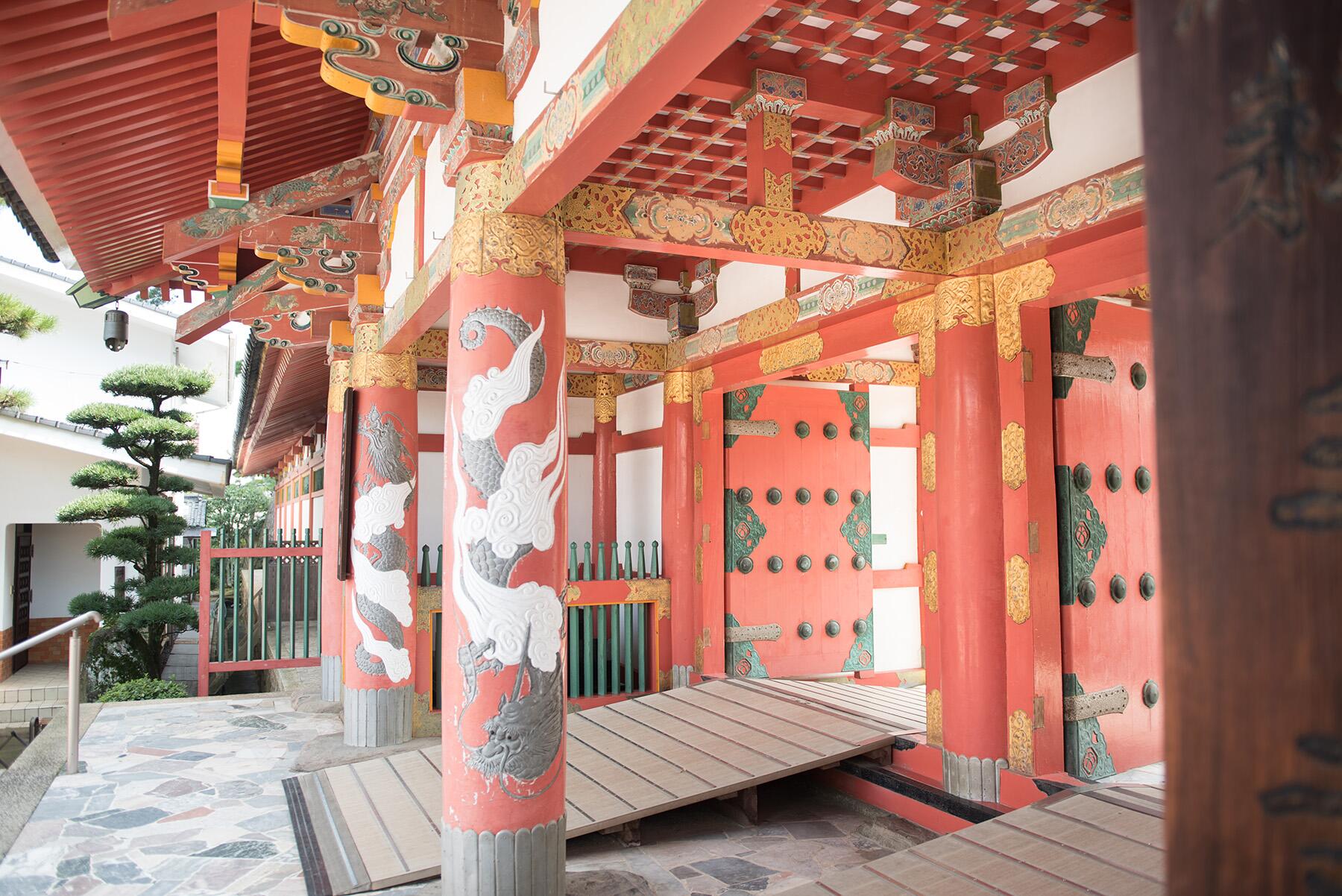 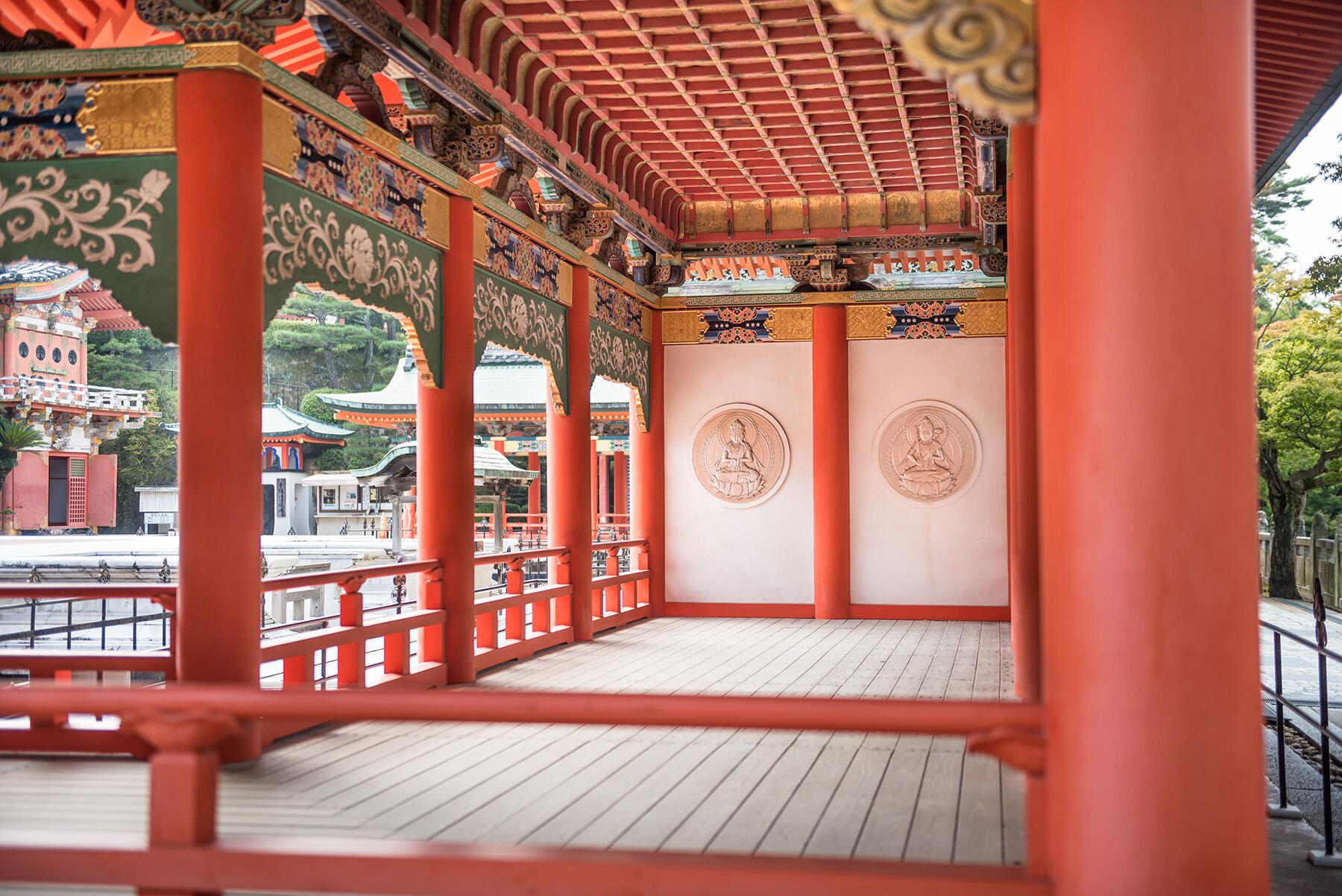 The path to Kosanji starts in the town of Setoda on Ikuchijima, about a 15-minute walk from the port. The island is also known for its lemon orchards and can be accessed by ferry, bus, or, most famously, by bike, as it is located along the Shimanami Kaido, a cycling route that stretches across a series of bridges and islands between the towns of Imabari and Onomichi. 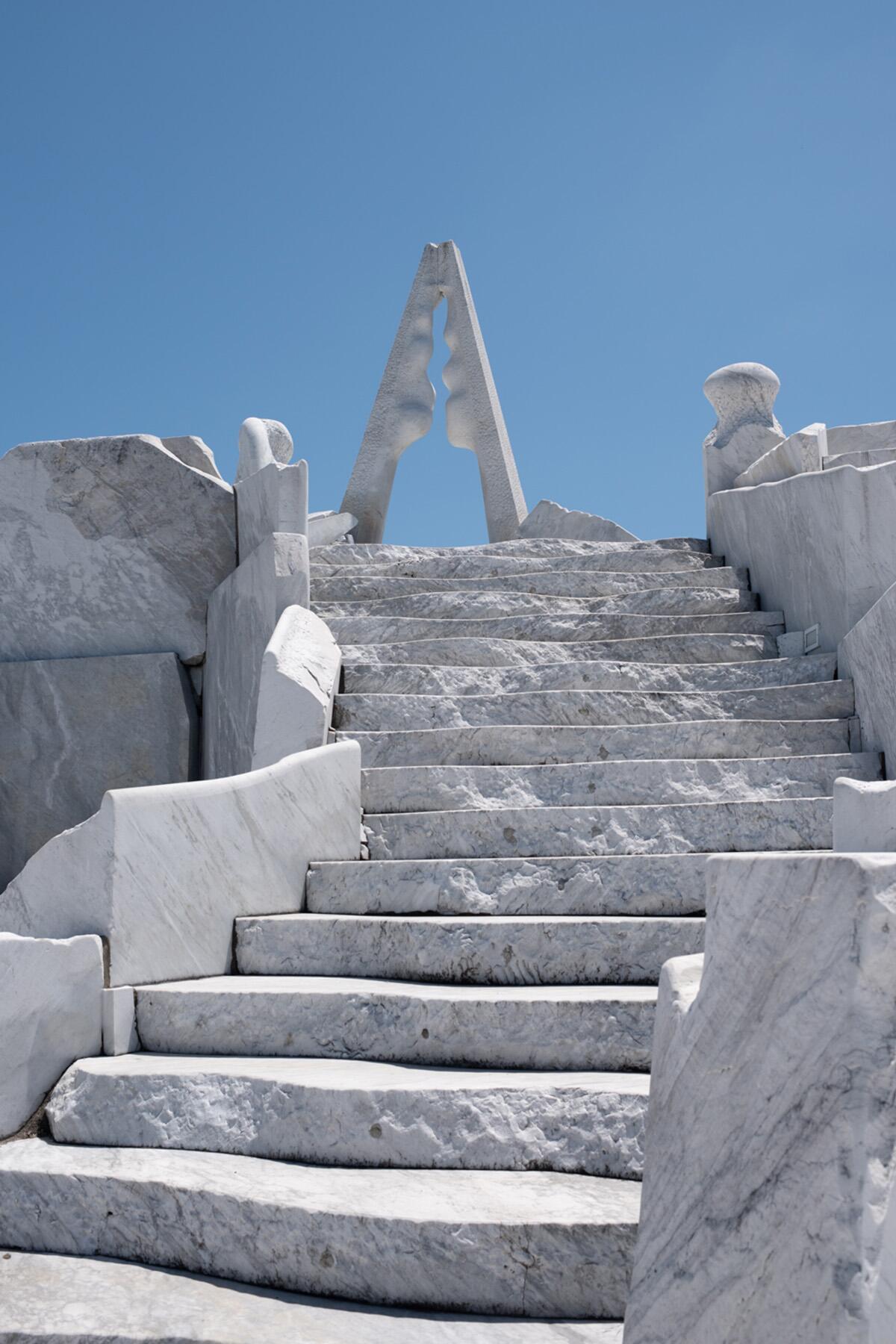 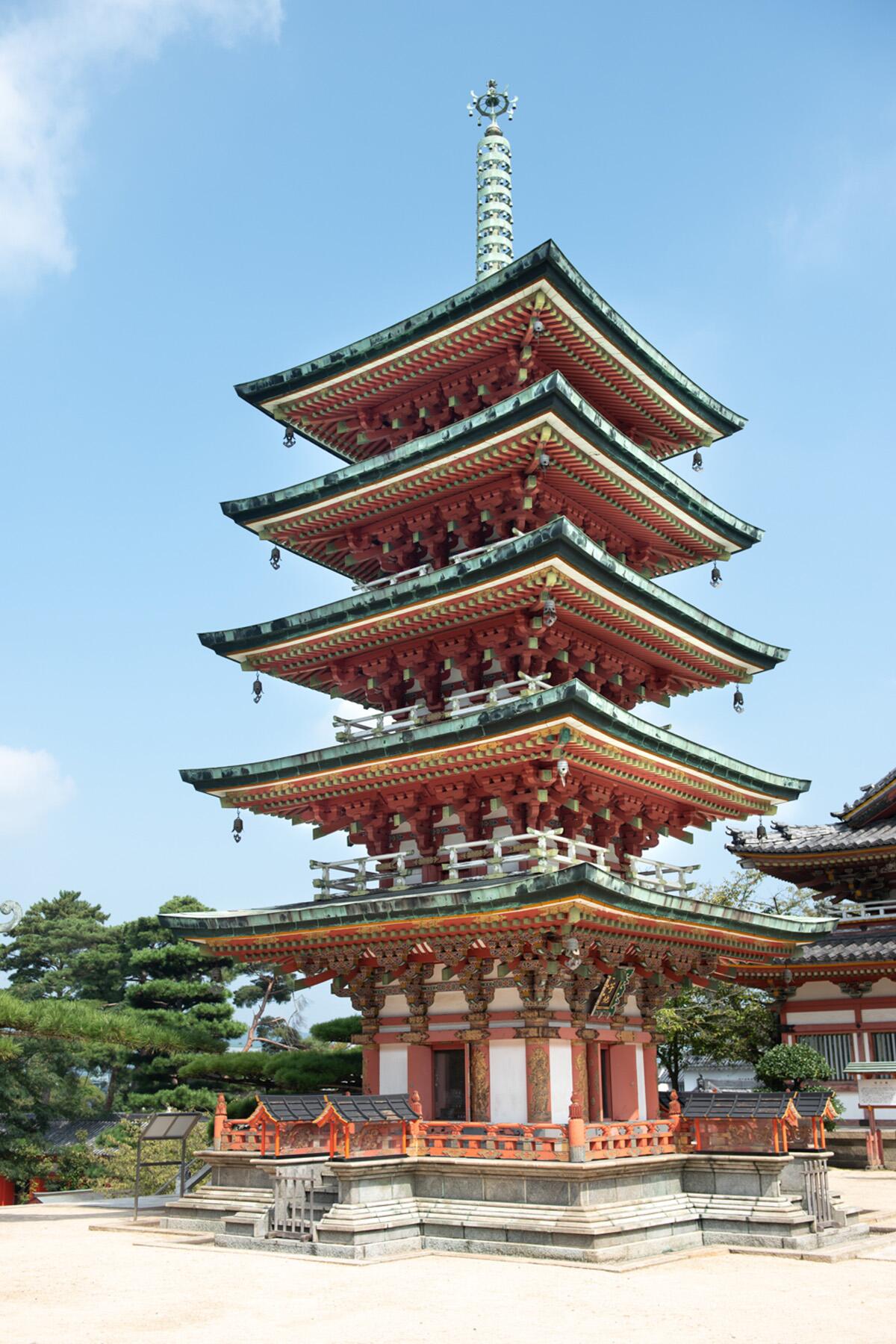 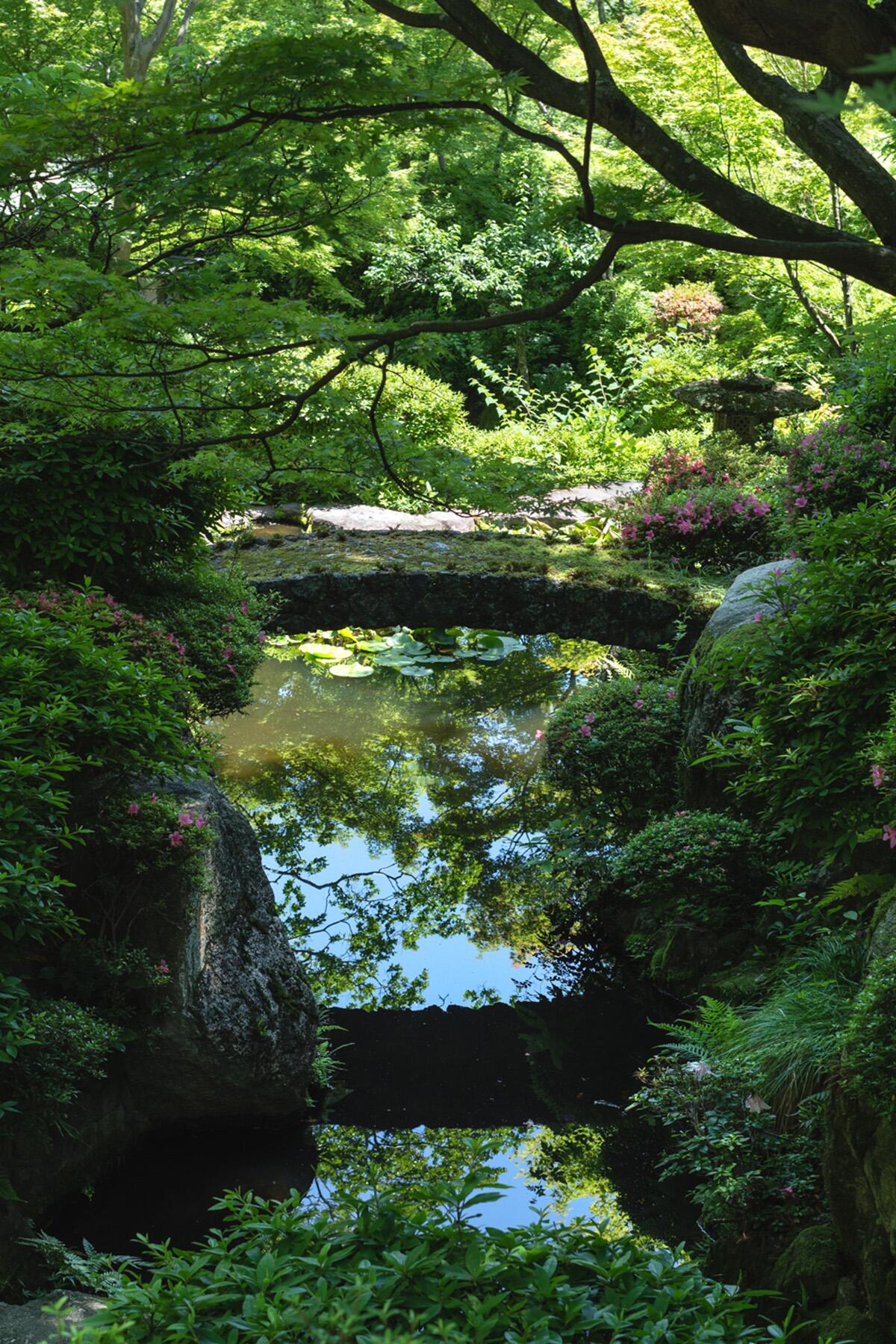 At the complex’s main entrance, visitors are greeted by a bright white gate complete with colorful motifs featuring lotus blossoms, waves, dragons, and guardian lion-dogs known as komainu. The vast array of color and intricate detail put into every corner of Kosanji is astounding, especially as the predominant shades of bright orange and vermilion contrast with many of Japan’s more subtle religious buildings.

There are countless ways you can make your way through the maze that is Kosanji. As you wander the temple grounds, you will come across replicas of treasured Buddhist architectural structures from the 6th to 9th centuries, such as Toshogu Shrine’s Yomeimon Gate in Nikko and Byodoin Monastery’s Phoenix Hall in Uji, just south of Kyoto.

Chances are that wherever you explore, it will be hard to miss the five-storied pagoda known as The Tower of The Great Merciful Mother, under which Kozo’s mother was laid to rest. You will eventually come across the entrance to the Thousand Buddha Cave and the “Path to Hell”—one of those surprises I told you about earlier. 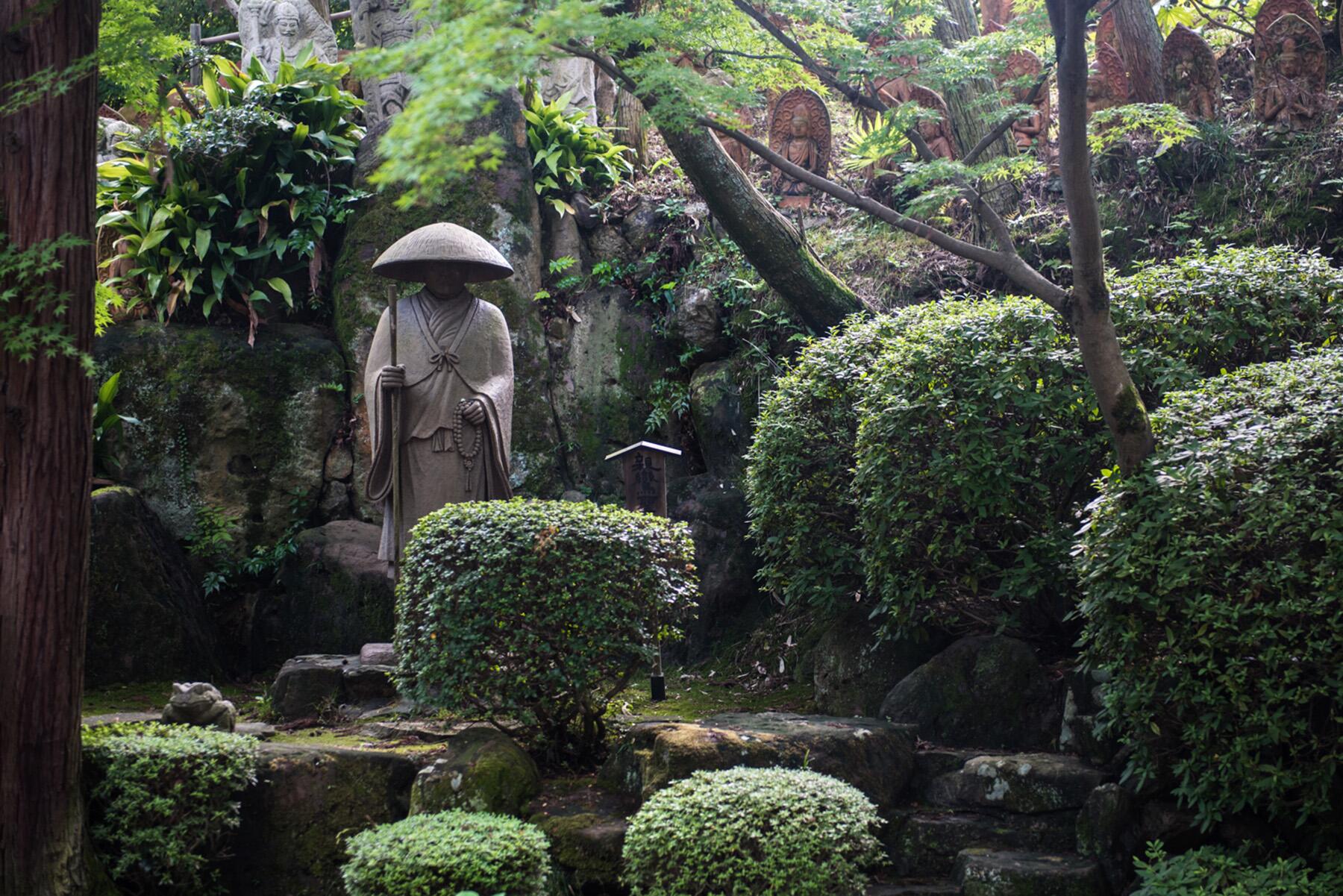 Illustrations depicting the various (quite graphic) tortures of Hell line the walls as you descend further into the belly of the cave. You can’t help but feel your skin crawl a little as the temperature plummets and darkness starts to surround you. It is eerily quiet, except for the sound of water cascading off of the lava stones that were brought in from Mt. Fuji.

However, you are not alone as you follow the winding pathway along craggy rocks and a small pond, as there are 1,000 Buddhas to keep you company. The statues are nestled into the walls anywhere and everywhere, climbing towards the cavernous ceiling that is illuminated by a ghostly green light.

Finally, the cave opens up, and as you ascend, you are greeted by an enormous statue of Kuse Kannon, a deity believed to heal people and save them from their sufferings. A well-thought-out placement, I would say. From there, the path will take you up and around a hillside until you reach that second surprise: a blinding, pearly white marble oasis in the sky named the “Hill of Hope” lies before you. When I say “blinding,” I mean it—you almost have to avert your eyes from the sunlight hitting the surface of this Heaven-like realm. You won’t want to, though, as this roughly 54,000 square foot sculpture garden is truly magnificent.

Designed by the famous sculptor Itto Kuetani, it represents “Familial Ties” and harmony for the future. It features 3,000 tons of Carrara marble excavated from a mountainside in Italy, and there are photos onsite for you to see some of his 16-year process in creating this masterpiece.

You may have to take a plane, train, bus, or bike to get to Kosanji, but I promise you that it’s worth it. The affiliated museum also extends their wishes for visitors: “We sincerely hope that all of those who visit Kosanji Temple will take a moment to think of their mothers, for it is written in a famous haiku: The mothers of the world are as the Goddess of Mercy.'”