Getting high on cannabis in India is legal, but in a surprising way.

India is a largely conservative society when it comes to openly consuming most forms of intoxications. But while alcohol is still frowned upon in certain sections of Indian society, the country has been cannabis-friendly as far back as 3,000 years ago. It was only after 1985, in the wake of burgeoning pressure from the U.S., that India enacted the Narcotics and Drugs Act. The act criminalized most of the derivatives of the cannabis plant.

However, do not be surprised when you find places in the high Himalayas that still sell marijuana and hashish. But the Narcotics Control Bureau (NCB) is known to make your life difficult if you are caught on the wrong side of the law, even for the influential Indian class. The good news is there is a loophole, and it is a big one. Bhang, an extract of the cannabis plant, is an exception. Not only is it legal, but it’s also revered and encouraged—well, by some!

India is a country of workarounds. If people embrace a practice in the name of religion, then logic often goes for a toss. While growing marijuana is a punishable offense, the plant is called “weed” for a reason. Weed can grow by itself in the wild, especially in Indian soil. As per the NDPS Act of 1985, the law prohibits consuming its flowers, fruits, or resins, but to harvest and consume its leaves is perfectly fine, which is precisely what bhang is made of. And if an occasional flower or a bud might get into the mix, so be it. The leaves are soaked in water for a few hours and ground with a mortar and pestle. The paste is then strained, rolled into balls, and mixed with milk or yogurt-based drinks.

The use of bhang and other forms of cannabis is rooted deep into Hindu scriptures and mythology at many levels. In Atharva Veda, cannabis is touted as one of the five sacred plants on the planet. In Ayurveda, bhang is a substitute for penicillin. According to Hindu philosophy, it is the nectar of the Gods. Shiva, the rebel lord, often lets his hair down and dances after having a drink or two of the bhang. He is followed by many other prominent Hindu Gods who also endorse the drug.

Bhang was introduced into the life of the Indian people as offerings (Prasadam) that descended from the realm of the divine. Consuming it at the societal level became prevalent during certain celebrations and festivals like Shivratri and Holi. Holi is the “High Festival” of the country. It is a spring harvest festival, a celebration of the triumph of good or evil and Lord Shiva’s homecoming to his wife. In the two-day festival, millions of people are found running around the streets of the country soaking each other with dry-color pigments.

For an outsider, Holi might actually seem like a war of colors, where people are trying to protect themselves from hurtling water balloons and squirt guns while getting color-drenched. In the spirit of being high on energy and its association with Lord Shiva, bhang has also become an integral part of Holi as much as the colors. People prepare sweets and savories such as gunjiyas and pakoras with bhang inside them. But bhang thandai is the unofficial drink of the festival. The drink is made of bhang mixed with iced milk and flavored with almonds, saffron, cardamom, and black pepper. It is common to see color-clad people dancing on the streets on Holi while stoned, and the credit for this goes to bhang.

Like most of the Indian families of my time, I was never offered to have my first drink with my parents. I refrain from drinking in their presence—to date, it is taboo. But consuming bhang at Holi has gained the next level of acceptance. It is brought home the night before the festival, patiently ground, and blended in the morning to make thandai. The drink is served to all family and friends, even the elderly, with love and insistence as the prasad offering of the Lord. The result is often that people are either in a laughing fit or on an eating spree.

The use of bhang continues to penetrate the life of Hindu monks and sadhus. It helps them to cope up with withdrawal symptoms of sensory pleasures. It is thought to be a tool to attain control and not indulge. This had been researched by James M Campbell for the report of the Indian Hemps Commission. He had prepared this report for the British Raj, which stated: “In the ecstasy of bhang, the spark of the Eternal man turns into light. The soul in whom the spirit of bhang finds a home glides into the ocean of being freed from the weary round of matter blinded self. To the meaner man, still under the glamour of matter or maya, bhang taken religiously is kindly thwarting the wiles of his foes and giving the drinker wealth and promptness of mind. No God or man is as good as the religious drinker of bhang.”

It does not come as a surprise when under the shadow of the great temples of the country, intoxicated holy men are found sitting on its steps, rhythmically chanting Bum Bum Bhole (hail Lord Shiva). In the name of God, bhang is legal and a norm, according to these Puff Babas with whom even the police don’t mess. There are many such mystical places in the country, and the ones listed below are top of the list.

The epicenter of Hinduism, the city of temples, scholars, and legends—Varanasi is the most intriguing city you will ever visit. In the narrow, maze-like alleys, amidst the crumbling houses and havelis, hole-in-the-wall shops advertise bhang-laced drinks. The Godawalia Chowk area is famous for its year-long supply of such drinks. Alternatively, dishes such as pakoras and ladoos made with bhang are also available in many shops, but the Blue Lassi Shop at Kachaudi Gali has a cult-like status.

Mathura is the birthplace of the most beloved God of Hinduism, Lord Krishna. There are anecdotes attached to him on every inch of the land. Balaram (Baldauji) is the elder brother of Krishna and an incarnation of Lord Shiva. The temple of Baldauji offers free bhang prasad to its devotees if you ask for it discreetly and politely. Mathura is a recent addition to the list of cities where a ban is imposed on selling alcohol in the temple proximity. Paradoxically, these are the areas where you can find many legitimate bhang shops.

The Babuji Thandai Wala at the Vishram Ghat has been in the bhang business for three generations. “Bhang is a part and parcel of the daily life of people around here,” explains the shop’s seller. “Some people consume it in small amounts every day before going to work. They vouch for it for better productivity. Patients with anxiety and pain take bhang. Some cannot afford medicines, and for some, nothing works better than a green tablet.”

This little desert town in the state of Rajasthan has been a hippie magnet for its temples, ghats, and camel fair. Dedicated to Lord Brahma, Pushkar is a very holy town. Finding meat or alcohol can be a task in Pushkar, but finding bhang milkshakes isn’t. These shops are scattered across the town. The Laughing Buddha Café, at the main market road near Gau Ghat, is one of them. The drink might throw some of its consumers into uncontrollable laughter, as the name suggests. 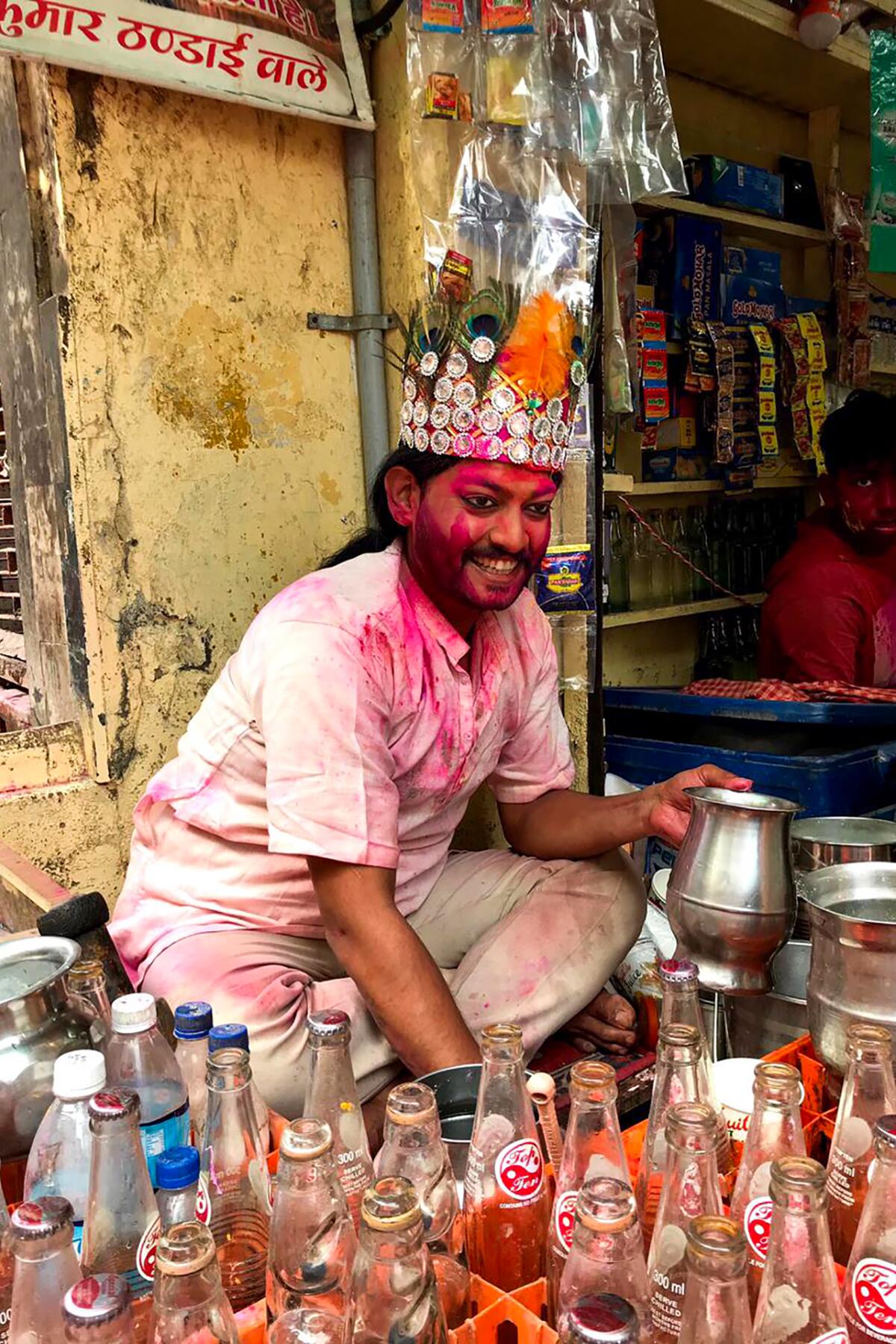 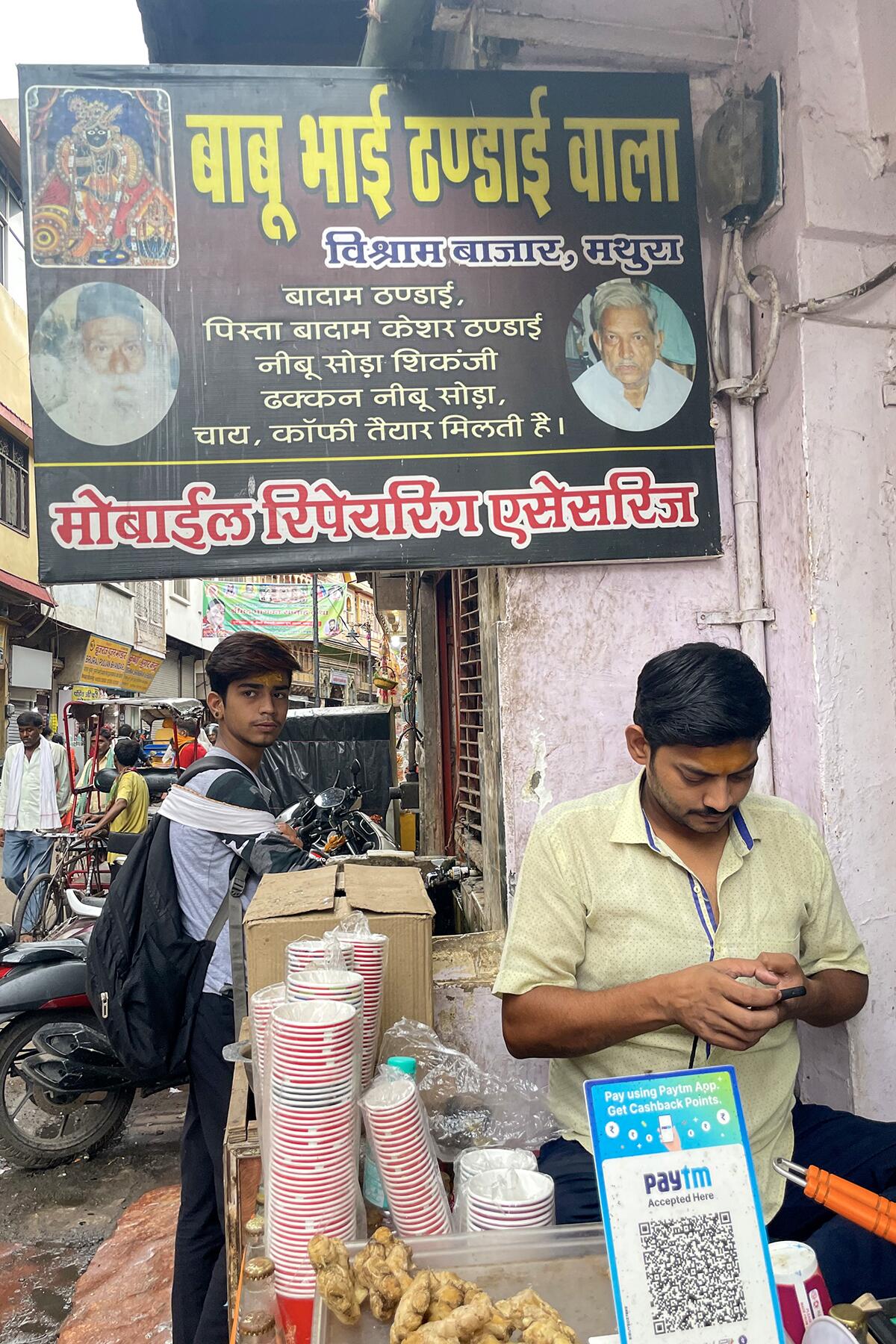 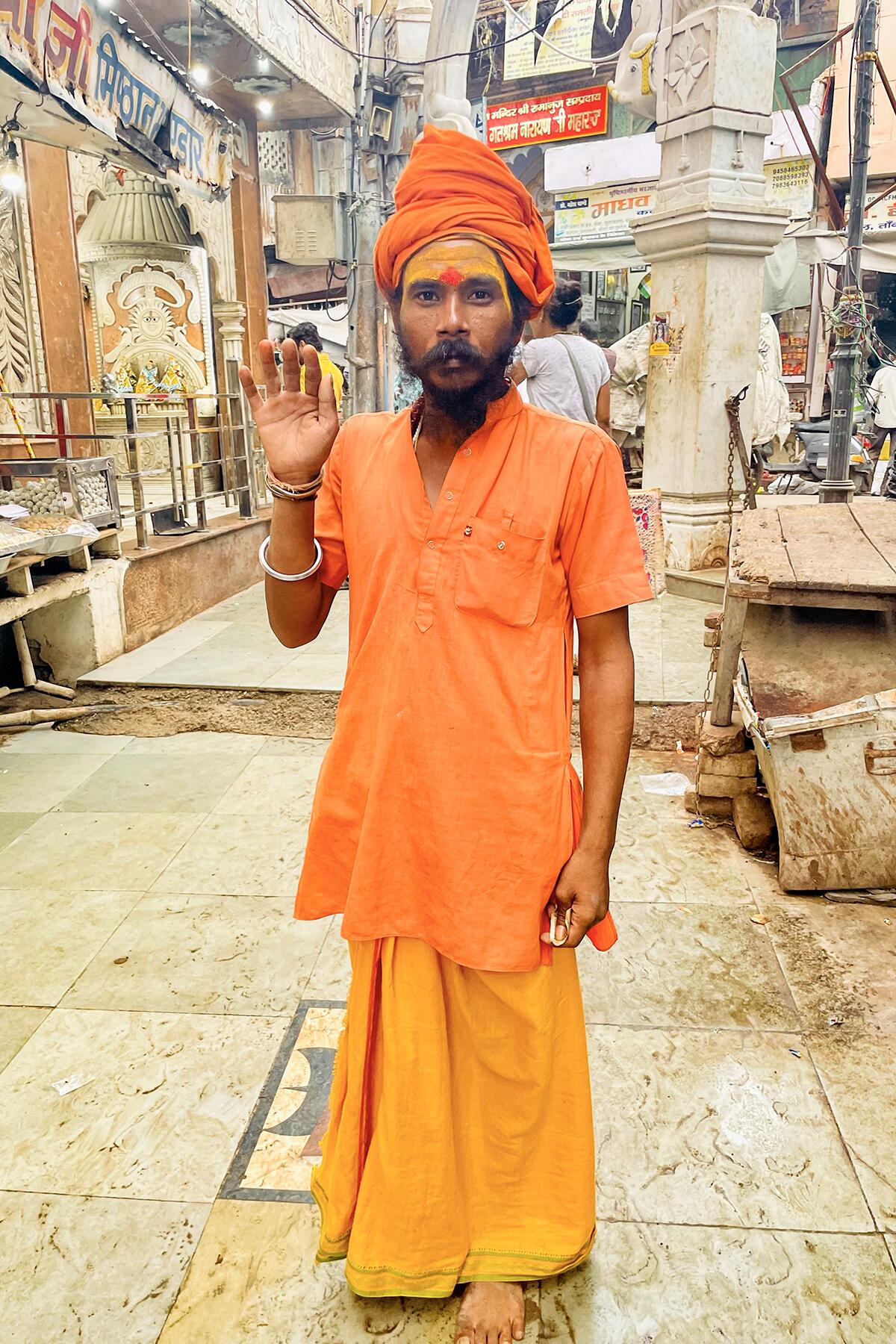 Puri is a small beach city in eastern India and an important pilgrimage site dedicated to Lord Vishnu. There are more than 40 licensed bhang shops in the city. Most of them are in the low sweeping alleys behind the temple. However, many illegal shops mix bhang with cheese and sell it to the public, so it’s best to stay away from such shops. The Government Bhang Shop located in the Penthakata area is the most popular one that sells authentic stuff.

India is a secular land where people’s food, language, attire, and even contradictory practices influence the major religions of the country, and consuming bhang is also one of them. From the Sufi Saints to the Sikh Nihangs, people who wanted to gain a higher perspective or explore mysticism, the psychoactive plant has often offered its help. Vedic literature testifies: “to the five kingdoms of the plants which Soma rules as Lord we speak. Darbha, hemp, barley, mighty power: may these deliver us from woe” (Atharva Veda). But do not underestimate the power of bhang. Enjoy it carefully and respectfully!