Once they were imposing hubs of their nations, home to emperors, kings, and sultans. Now they exist in the shadow of current national capitals and tourist magnets like Tokyo, Bangkok, Beijing, Seoul, and New Delhi. Asia is littered with former capitals, many of which are unappreciated tourist destinations despite possessing rich remains of their glory days. From the Japanese city dominated by deer, to an abandoned Thai citadel, India’s British-influenced hill station, and the Malay kingdom that sprouted from a fishing village, here are 10 of Asia’s most intriguing former capitals. 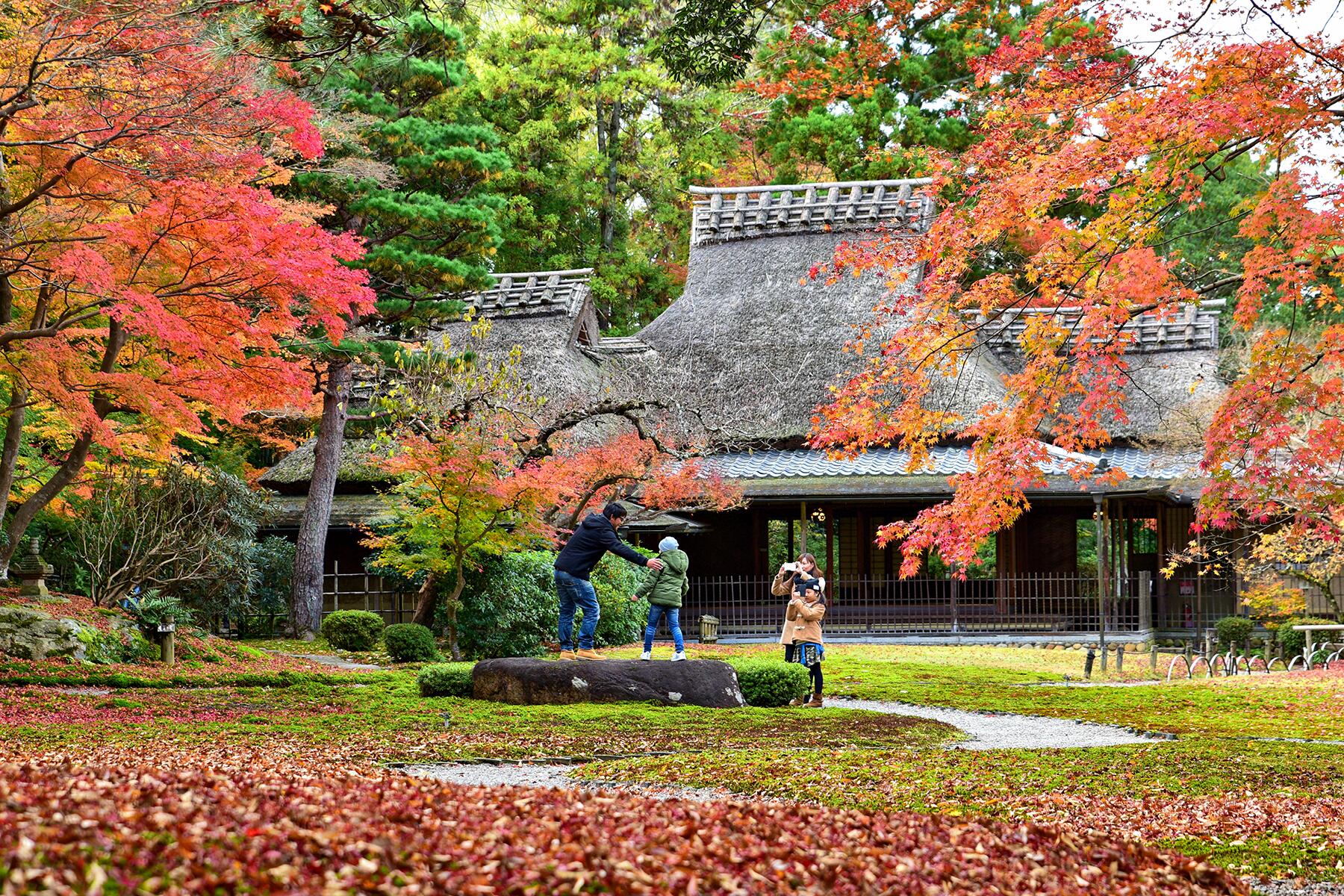 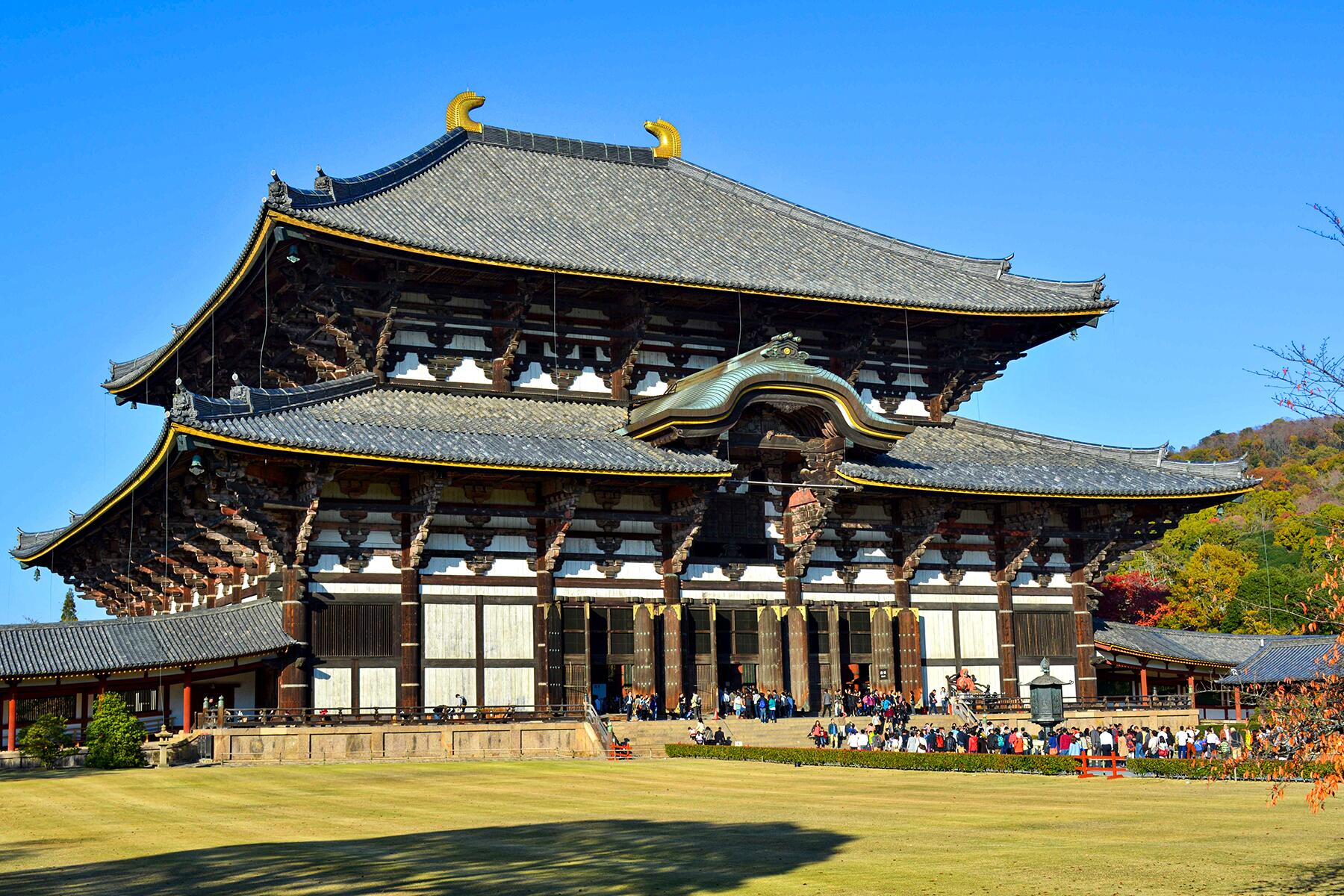 PHOTO: Ronan O'Connell
Previous Next
1 OF 10

Nara is blessed by its natural environment. Mount Kasuga looms over Nara’s old-growth forest, amid which frolic some 1,200 wild deer. Scattered throughout this pristine setting are a sequence of magnificent Buddhist temples, classical gardens, and Shinto shrines which date back more than 1,200 years to Nara’s reign as Japan’s first permanent capital.

Japanese visitors flock to the Nara Historical Park not just to admire these well-preserved Imperial vestiges, but also to feed the friendly deer that live in this 2,000-acre green space. Many of these regal animals play outside the entrance to Todaiji, the massive 8th-century temple that was once the world’s largest wooden building. 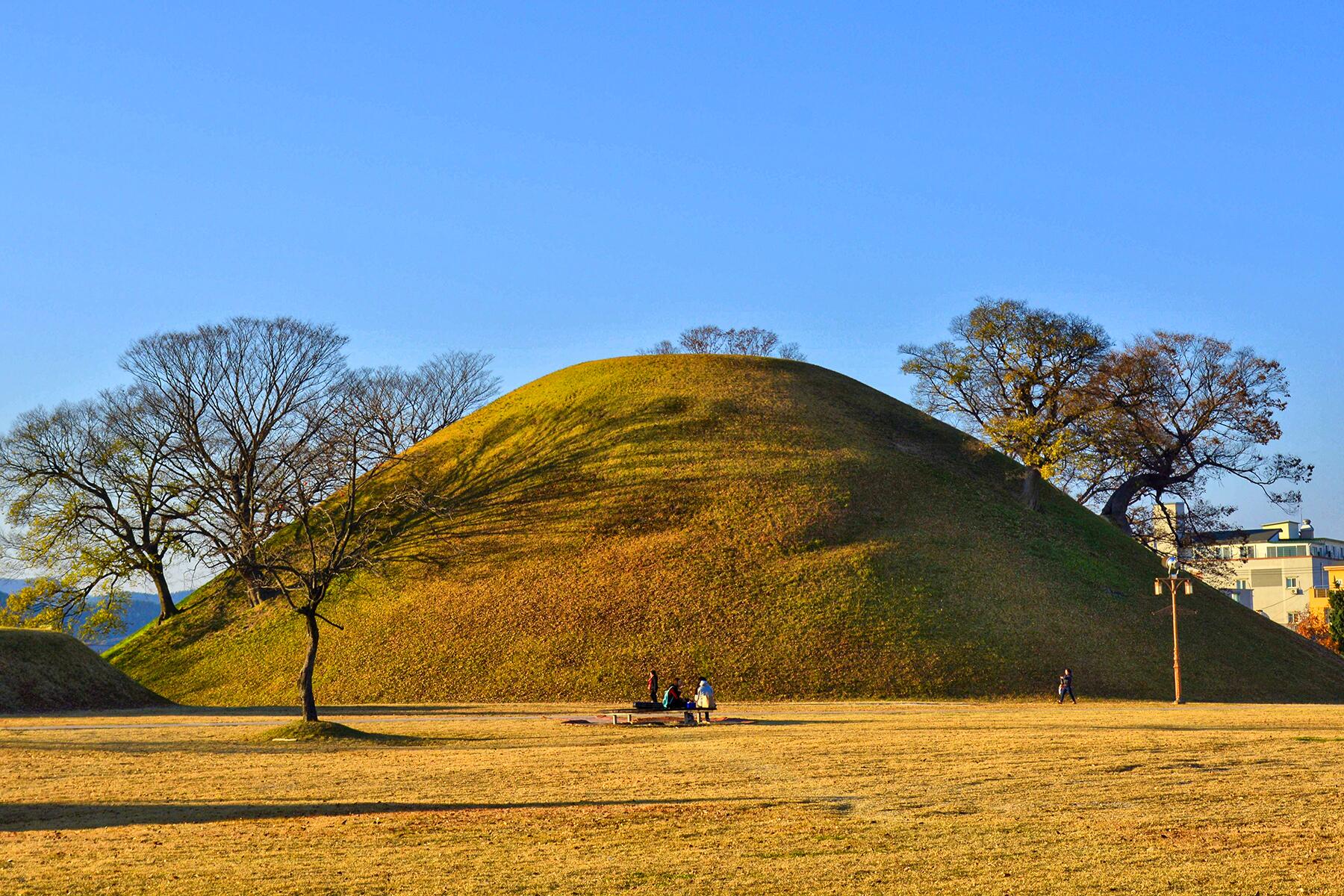 In Gyeongju, a little-visited city in the south-east of South Korea, a sequence of grass mounds rise from the earth. Each hump encloses the tomb of a prominent figure from the Silla Kingdom, which controlled large swathes of Korea for nearly 1,000 years until the 10th century.

While Gyeongju is now a small city, home to just 270,000 people, it spent nearly a millennium as the grand capital of Silla. Including its unique tombs, Gyeongju has 52 historic locations which together form a UNESCO World Heritage Site. These include two phenomenal remnants of the Silla period–the Seokguram Grotto, and the enormous Buddhist temple complex Bulguksa. 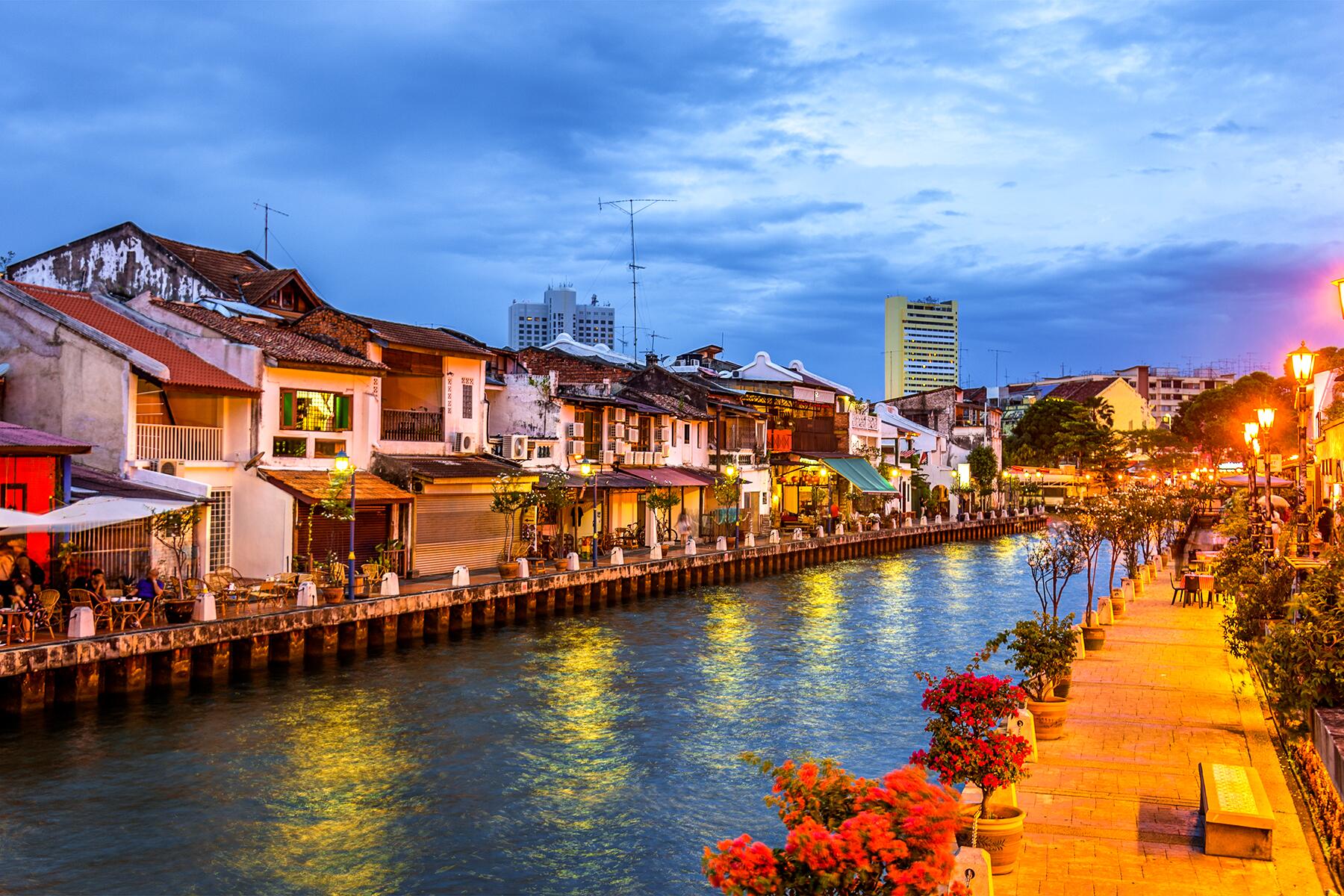 In the early 1300s, it was a petite fishing village. Less than a century later, Malacca had become the capital city of a powerful Islamic Sultanate that birthed the Malaysian political system and many elements of what is now considered Malay culture and architecture.

Sumatran prince Paramesvara established his Sultanate here in 1400 and it quickly grew into one of South-East Asia’s key trading hubs, as well as a center for Islamic education. Malacca was later taken over by the Portuguese then the Dutch and the British. Now it’s a quiet city that is popular with Malaysian tourists due to its appealing blend of Malay and European architecture. 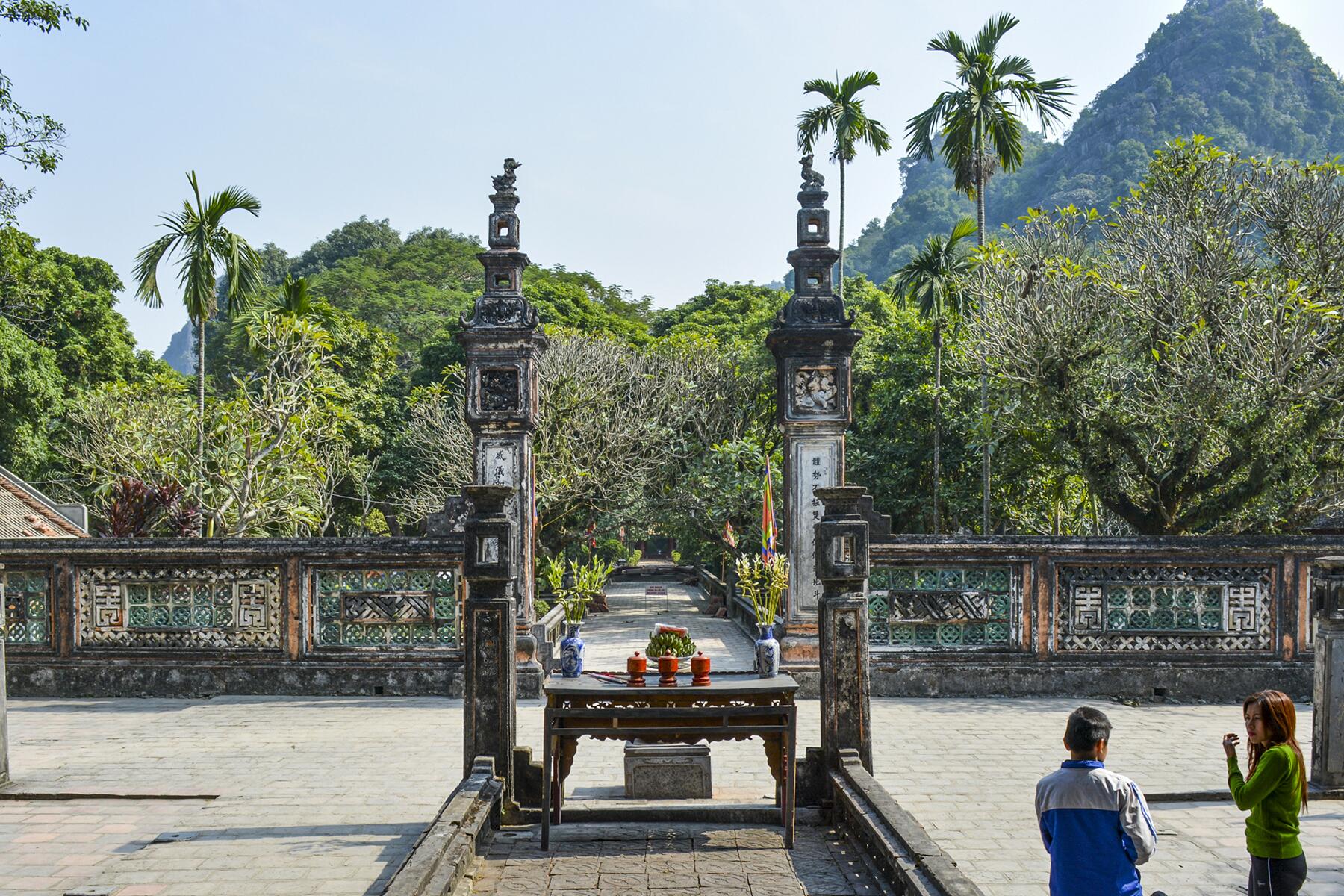 Have you ever heard of Hoa Lu? No? That’s not unusual, as it’s a largely-abandoned place now. But it once was an Imperial capital of Vietnam in the 11th and 12th centuries, and the site of a magnificent citadel.

The remains of this once commanding capital, 60 miles south of Hanoi, are a cluster of gorgeous old buildings scattered through wonderful scenery of rice fields and karst mountains. It is that same countryside which draws most tourists to this part of Vietnam–the popular river-cruise valley of Tam Coc is just 5 miles away. But no visitor to Tam Coc should bypass the timeworn temples and pagodas of Hoa Lu. 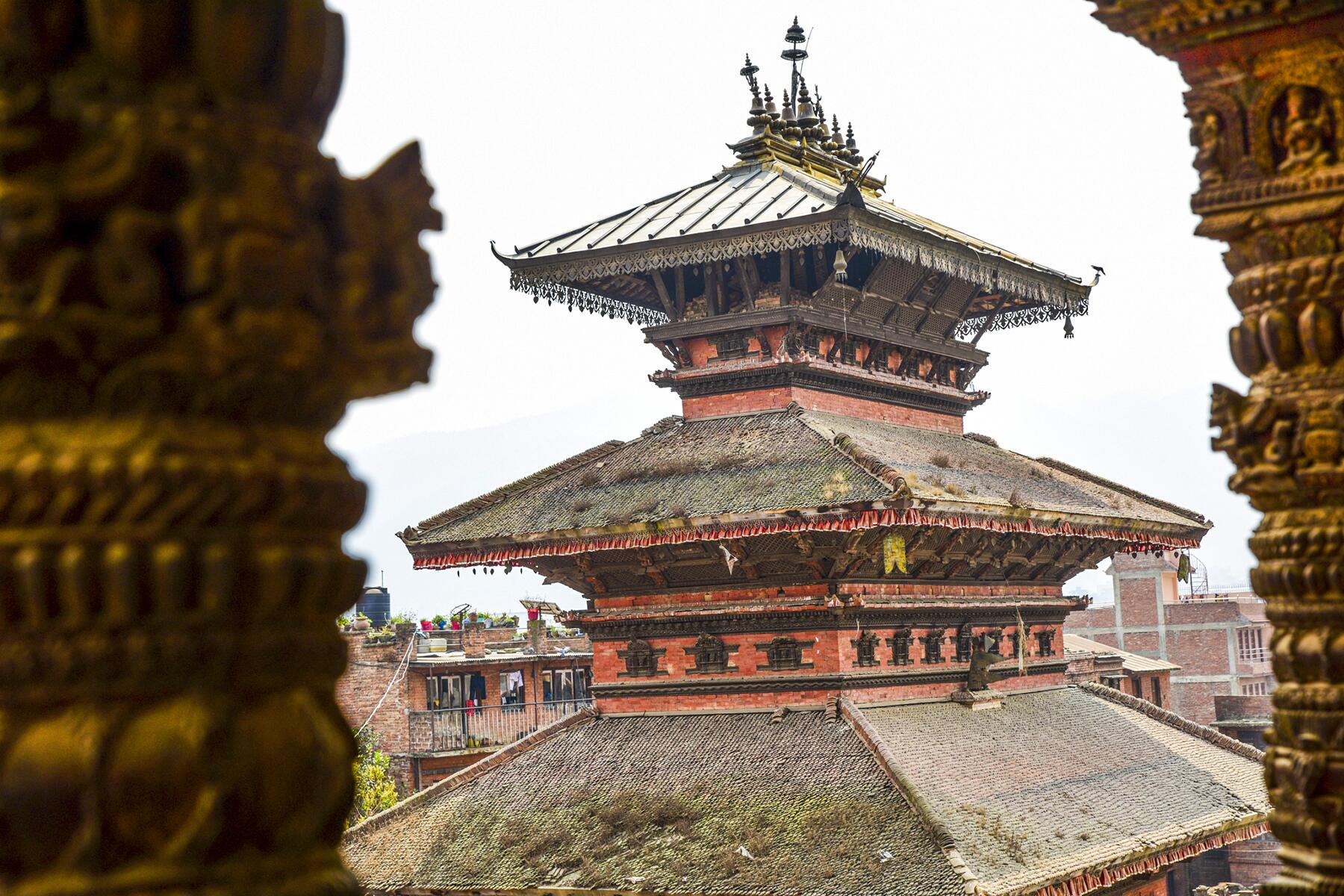 A foreign visitor could easily mistake Bhaktapur for being a suburb of the giant city of Kathmandu, with the current capital having grown to such an extent that it’s now connected to Nepal’s former capital. Bhaktapur is, however, a unique and engrossing destination in its own right, with history and culture separate to that of Kathmandu.

Built in the 12th century, Bhaktapur was then the capital of the Kathmandu Valley for about 300 years. Its UNESCO-listed old town is decorated with historic buildings that are renowned for the complexity of their woodwork. The hub of this area is the 320-year-old Palace of 55 Windows, which is now home to an art gallery and two museums. 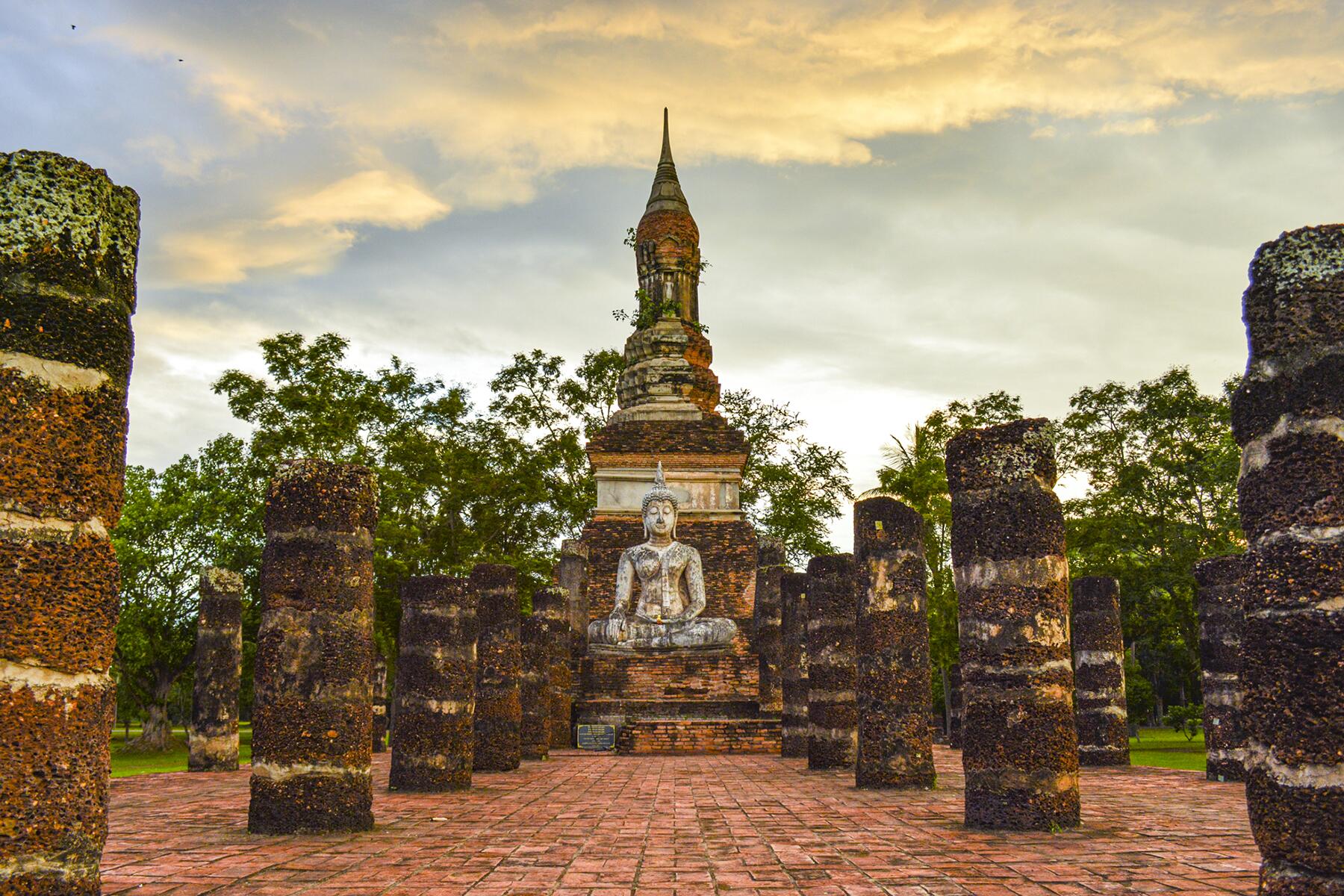 The best thing about Sukhothai is that it’s so overlooked. Were it better marketed–as Thailand’s answer to Angkor Wat in Cambodia–then it would surely become inundated with domestic and foreign tourists. The upside, for those who seek out Sukhothai, is that it receives only a fraction of the crowds which can blight that Cambodian icon.

Peace and solitude are in ample supply throughout the Sukhothai Historical Park, which showcases the remains of Thailand’s first capital in the 13th and 14th centuries. While large sections of this ancient capital have been erased, more than 100 temples, halls, stupas, and palaces remain, including several magnificent examples in the center of the park. 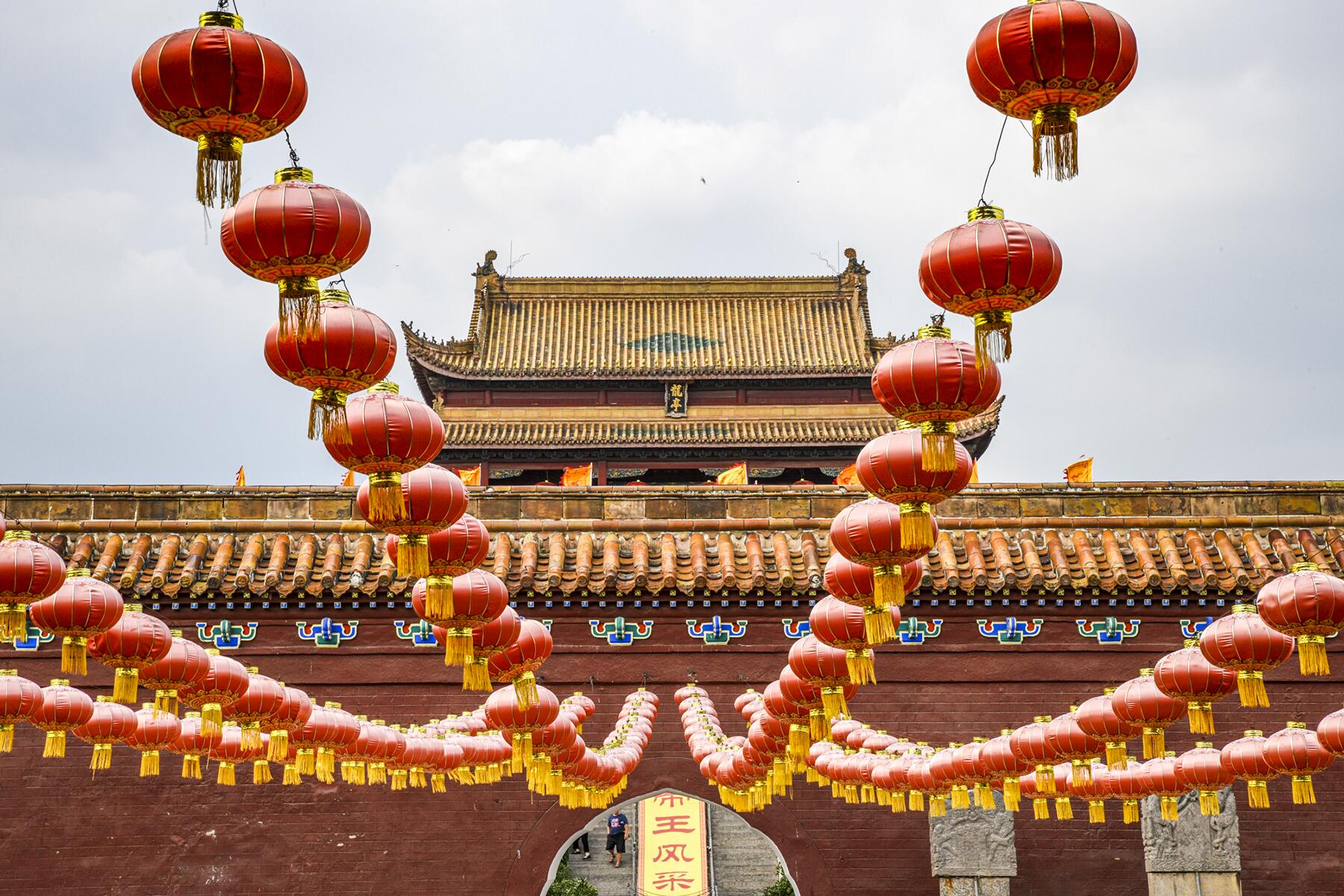 It is remarkably easy for a city to fly under the radar in China, a nation of 1.4 billion people which has more than a dozen giant metropolises larger in population than Chicago. That may explain why China’s ancient capital of Kaifeng has such a low profile internationally.

While former Chinese capitals like Xi’an and Chengdu are embedded on the tourist trail, few visitors see Kaifeng. Yet Kaifeng was the world’s largest city 1,000 years ago, when it was the capital of China’s Song Dynasty. The city still boasts some remains from this glorious era, including temples and pagodas, as well as a massive and impressive recreation of the center of the former Imperial capital. 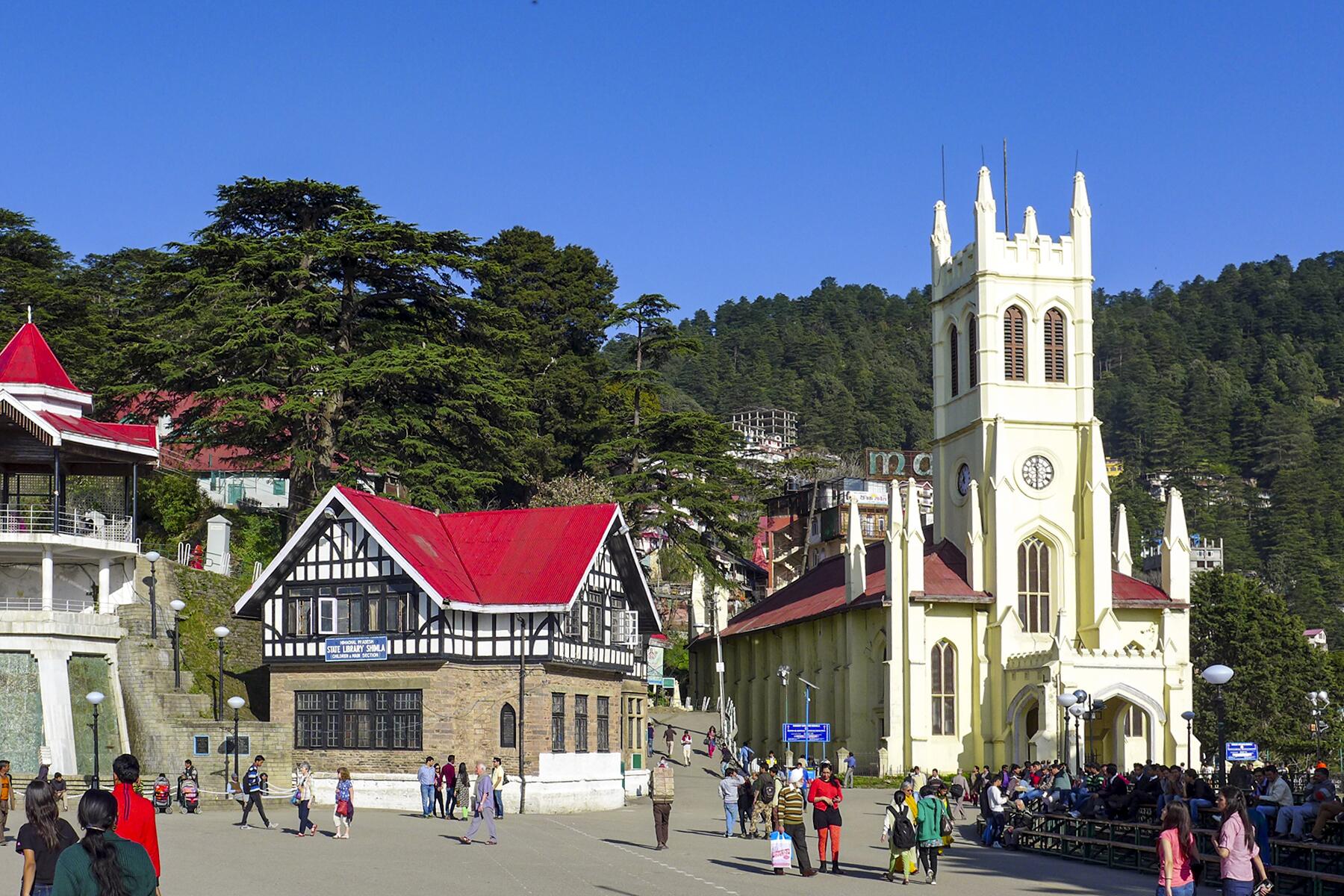 During India’s summer, when temperatures regularly exceed 100F, it makes sense why the lofty hill station of Shimla was chosen as the summer capital of British-ruled India. Spread across a cluster of hills in India’s far north, Shimla has mild temperatures in summer thanks to its altitude of 7,500 feet.

This pleasant weather continues to draw tourists, as does its stately British architecture and the sprawling views afforded by its elevated location. The pedestrianized Mall Road area follows the ridge of one of these hills and is lined by many of Shimla’s most attractive British buildings. 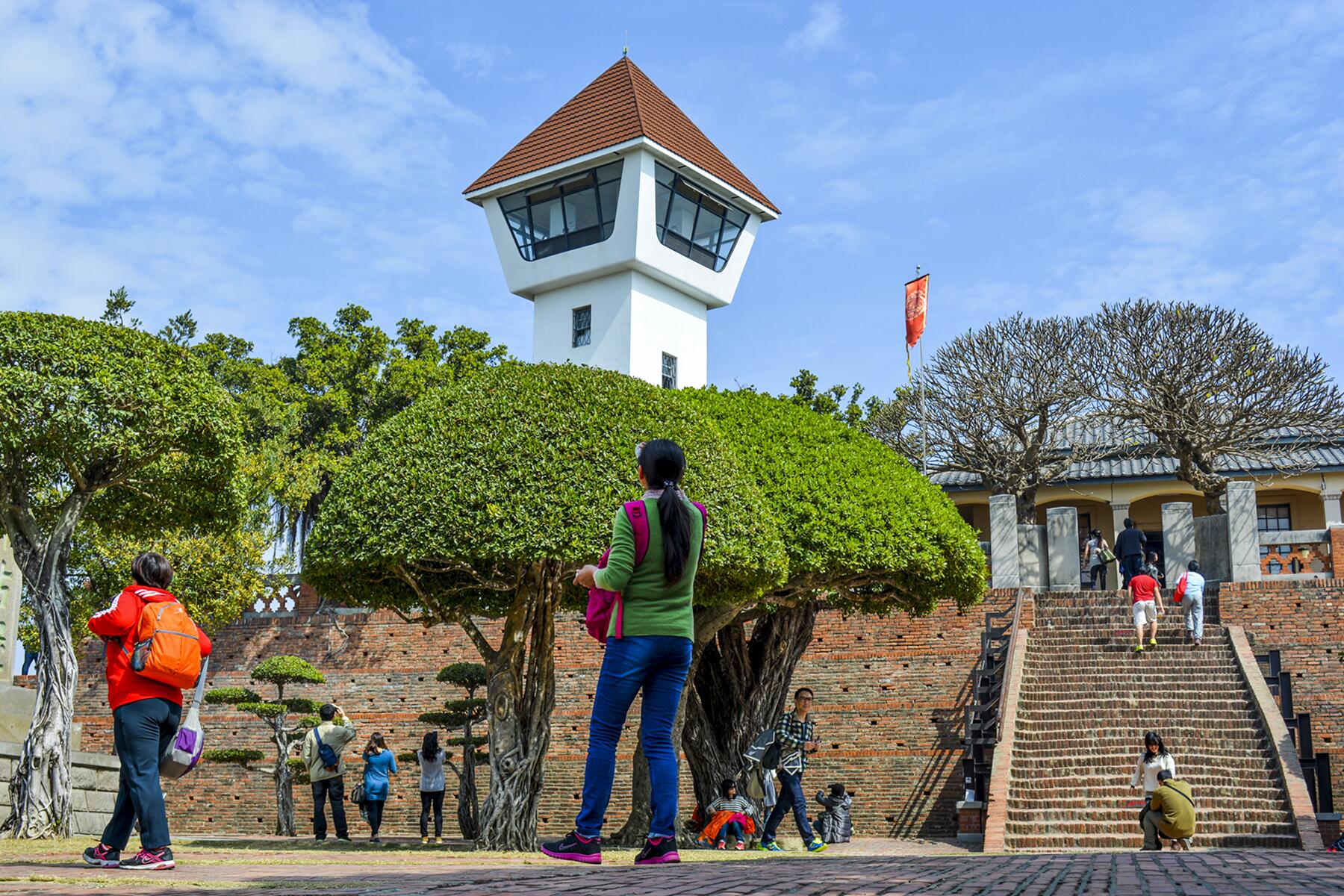 Tainan has been conquered by pirates, Chinese empires, and European colonial forces. That tumult is well in its past, fortunately, but these varied cultural influences remain visible to those who visit this quiet city on the south-west coast of Taiwan.

The nation’s oldest city, Tainan was the capital of Taiwan for nearly 200 years from the late 1600s. In its early days as capital, the city was built around its seaside fort, Zeelandia, little of which now remains in its original form. Since then it has stretched inland and is now a busy city which, particularly in its oldest areas near the fort, has a unique melange of Chinese, Dutch, and Japanese-influenced architecture. 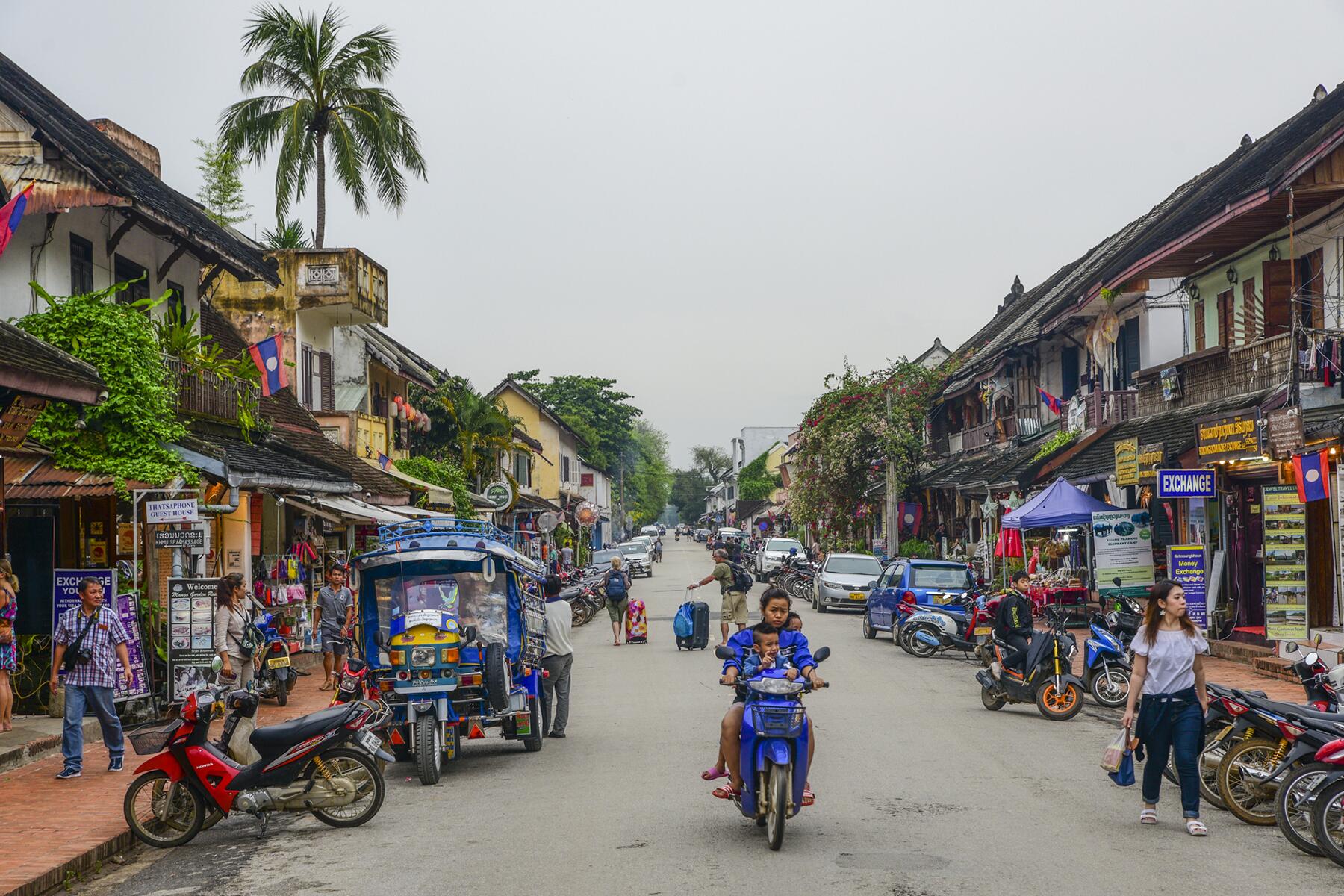 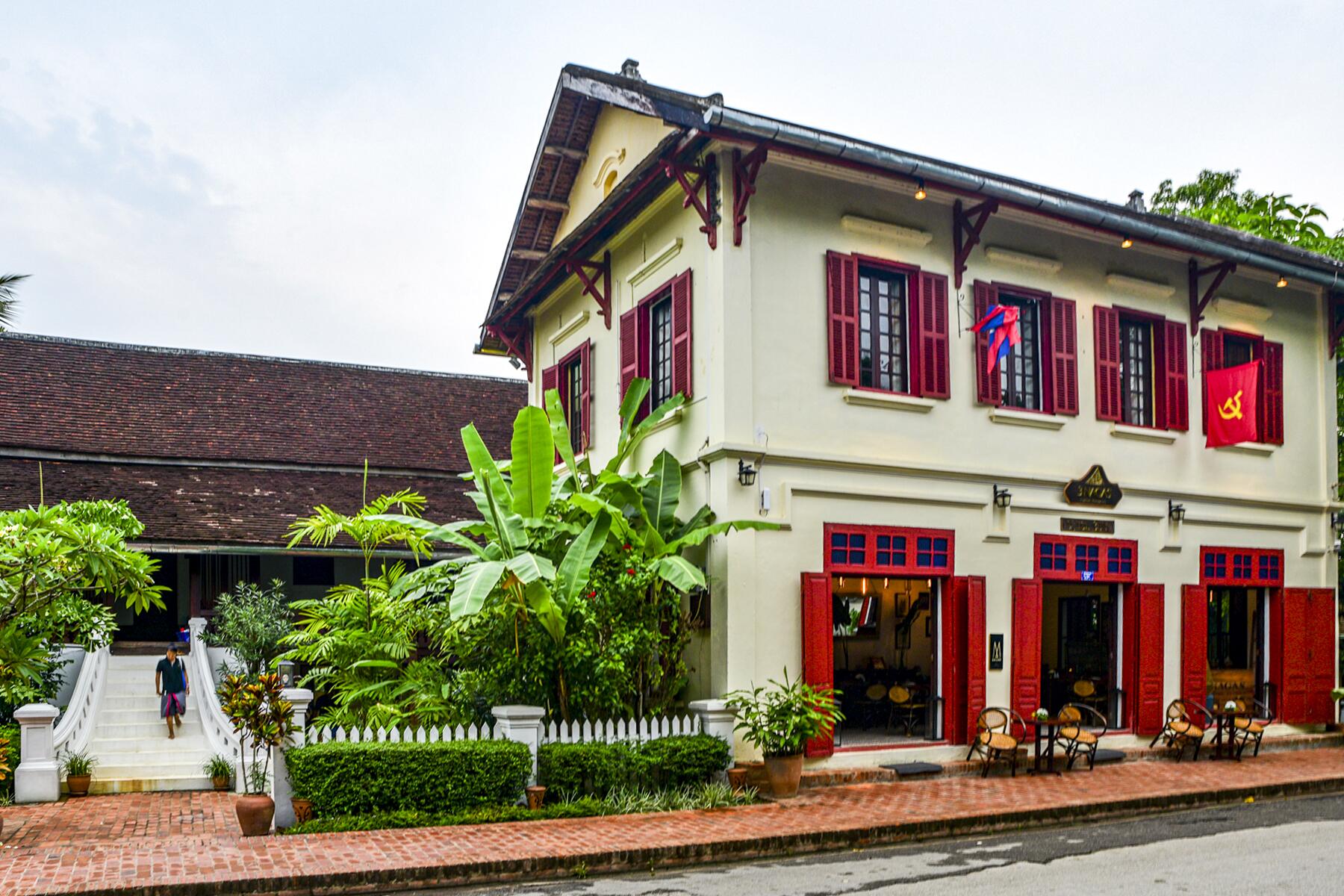 PHOTO: Ronan O'Connell
Previous Next
10 OF 10

This might be the prettiest city in South-East Asia. Rather than being overshadowed by its magnificent setting–perched on a peninsula, flanked by the commanding Mekong River and forest-draped mountains–Luang Prabang stands out thanks to its majestic architecture.

The old quarter of Luang Prabang is a network of serene, tree-lined avenues embellished by majestic French mansions and glimmering Buddhist temples. So peaceful is this neighborhood that walking its streets can feel like a form of meditation. Luang Prabang was the capital of the Lao Kingdom of Lane Xang from the 14th to 16th centuries.