5 Tour Operators That Will Get You to Tibet

Mystical and remote Tibet, tucked high in the cloud-swathed Himalayas, has long inspired inquisitive travelers' imaginations. While rushing toward modernization today, Tibet remains a transporting locale, steeped as it is in ancient Buddhist tradition and breathtaking terrain (quite literally, with average elevations over 14,000 feet). Happily for would-be visitors, infrastructure improvements and diverse tour operator options have made traveling to Tibet more attainable than ever before.

While independent types might scoff, the sensitive politics in Chinese-occupied Tibet (called the “Tibet Autonomous Region,” or TAR) have prohibited foreign travelers from entering the region on their own; instead, all visitors must enter while escorted on sanctioned guided tours, with special travel permits in hand. Leave the visa hassles and travel logistics to the pros, so you can focus fully on the joys and education of an immersive trip-of-a-lifetime, courtesy of one of these top tour operators to Tibet. 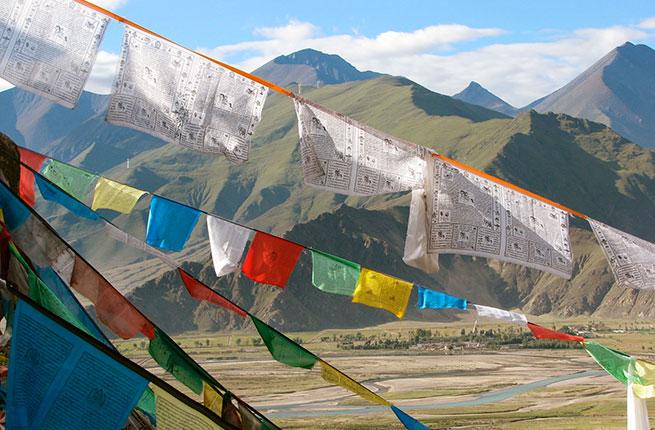 Entrust your Tibetan adventure to one of the most trusted names in travel and exploration, National Geographic. Their “Expeditions” travel portfolio is noted for its top-notch Nat Geo–affiliated experts/expedition teams at the helm, top-of-the-line accommodations, and special access to sites. In 2016, choose from a trio of distinctive Tibetan journeys, including a photo expedition, hiking adventure, and our favorite: the Tibet-centric, 15-night “Tibet and Nepal: Journey to the Highest Himalaya” itinerary, focused on the mountain lore and culture of Tibet and Nepal. Led by noted mountaineer Peter Hillary, guests will be immersed in Himalayan landscapes of towering peaks, hanging glaciers, and crystalline lakes en route, and have the chance to gaze upon Mount Everest from Tibet's North Face Base Camp. (Note that while the trip doesn't involve any mountaineering, participants should be physically fit for this high-elevation trip). Plenty of notable cultural stops are included, too, including a visit to Lhasa's legendary Potala Palace and Shigatse's immense Tashilhunpo Monastery. Departs April 22 or October 12; from $8,715/person.

Toronto-based G Adventures has been crafting affordable small-group adventures for 25 years, with an emphasis on supporting local communities. This extensive experience and sense of social responsibility landed the brand a newly launched National Geographic Journeys with G Adventures partnership this year. For 2016, G Adventures is hosting four different trips into Tibet, ranging from 13 to 20 nights. Embark on their 13-night “High Road to Tibet” itinerary, which runs round-trip from Kathmandu, Nepal, incorporating a series of high-altitude hikes and stops to fascinating sites—including temples, monasteries (including Rombuk, the highest monastery in the world), and more—in spots like Lhasa, Gyantse, Shigatse, and the Everest Base Camp. Or try out their new National Geographic Journeys–branded 14-night “Explore China & Tibet” trip, with a focus on the spirituality of Tibet, pairing a 3-night Lhasa stay (visit the sacred Jokhang Temple, Tibetan Medicine Institute, Sera Monastery, and more) with a tour of China (with Beijing, Shanghai, X'ian, and more). Tibet-inclusive trips run on select dates between April and October; from $2,549/person.

A cruise company might not be the obvious first choice when searching for a Tibet tour provider, but a handful of river cruise operators in China propose well-executed China- and Tibet-inclusive “cruisetour” itineraries (mixing both land- and water-based travel). Viking River Cruises, touting seamless logistics and top-notch local guides, is the best of the bunch, and is in fact one of the largest inbound American tour operators to Tibet today (where they've been operating since 2004). Their 15-night “Roof of the World” itinerary combines their signature 5-night Yangtze River sailing through the scenic Three Gorges region with the must-sees of China by land in Shanghai (with its futuristic skyline), Beijing (gateway to the Forbidden City and Great Wall of China), X'ian (home of the Terra Cotta Warriors), and most exceptionally, Lhasa, on the Tibetan Plateau. For three days, be immersed in the essential Lhasa highlights—the Potala Palace, Jokhang Temple, Sera Monastery, and more—while participating in thoughtful cultural encounters, like a home visit with a Tibetan family to sample traditional treats and yak butter tea. Tours depart from April through October; rates from $5,350/person. 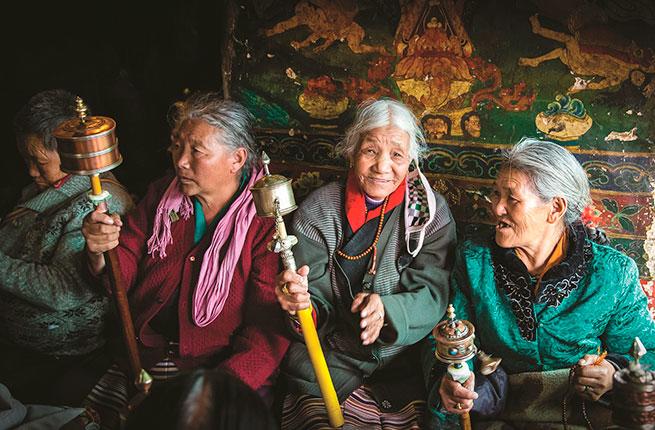 Since 1975, World Expeditions (headquartered in Australia) has specialized in small-group and socially responsible adventure trips (trekking, walking, cycling, etc.) around the globe. With its roots as a Himalayan trekking company (they claim to be the first company to offer trekking trips through Tibet, back in 1981), the company's regional offerings are notably prolific, with some 10 Tibet-inclusive itineraries (ranging from 10 to 29 nights in length) on the roster for 2016. Look  for unique journeys like the 15-night “Tibet Gandan Samye Trek,” which combines hiking on ancient trails and visits with monasteries, Tibetan herdsmen, and more; or the 19-night “Journey to Mount Kailas,” which incorporates a trek on the most sacred mountain in the Himalayas during the annual Saga Dawa festival. Bonus: Their tours support local Tibetan partners and suppliers whenever possible. Departures in 2016 in April, May, and from August–October; rates from $2,890/person. 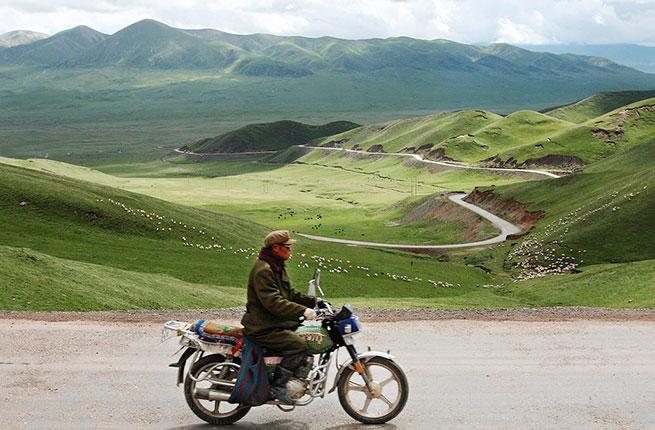 Backed by The New York Times, look to a high-caliber portfolio of guided trips within the Times Journeys program, which pairs unique, small-group travel experiences (each inspired by the paper's headlines), with the expert guidance of an accompanying Times journalist or Times-selected specialist. With a focus on the sensitive politics and threatened culture of Tibet, this new-for-2016, 11-night “Tibet: In China and In Depth” trip ventures to Tibetan regions of China. The off-the-tourist-circuit route covers Tibetan temples, monasteries, villages, and cities that fall within mainland China (in the Chinese provinces of Gansu, Qinghai, and Yunnan)—outside of the designated Tibet Autonomous Region—where Tibetans strive to keep their culture and religious practices distinct and relevant. Along the way, encounter intricate Tibetan artwork and artifacts, learn about Tibetan Buddhist rituals and practices (with the great Labrang Monastery as a highlight), visit with local Tibetan families, and more. Four journeys are scheduled in 2016, led by assorted experts; the April 18 departure stands out, with an escort by two-time Pulitzer Prize–winning journalist John Burns. Tours departs April 18, May 8, May 29, or June 12; from $6,995/person.

Note that quoted fares are all based on double occupancy and exclude airfare from the U.S.