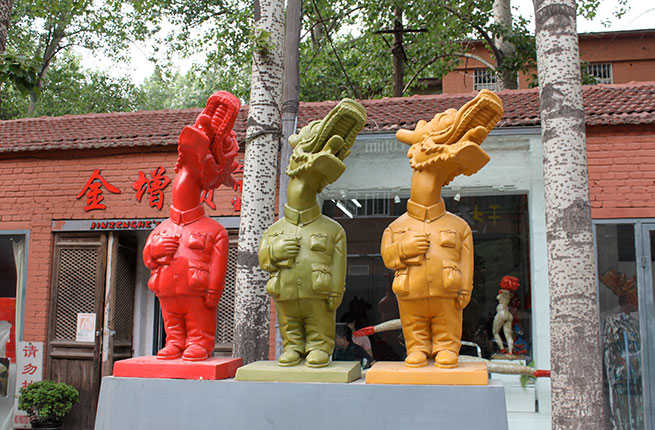 When it comes to cities, Beijing is a beast unlike any other. With over 21 million residents, China’s capital city moves fast and never stops, pumping millions through its vast transportation arteries every day. Unlike their counterparts in Shanghai and Hong Kong, Beijingers hold tight to their Eastern traditions, working hard to protect and promote the culture and language that gave rise to Asia’s superpower. In fact, despite popular tourist attractions like the Forbidden City and the Great Wall of China, English speakers are few and far between, which makes navigating the city a uniquely challenging, and often hectic, task. But for those who can get past this perfect storm of travel chaos, Beijing is a cheap travel paradise. In addition to its cultural wealth, the city serves up an abundance of good, fresh, and unique food, and can keep people—all 21 million of them—on the move. For those looking to squeeze the most out of the Middle Kingdom without opening their wallet, here’s an inside look into China’s bustling capital city.—Kade Krichko 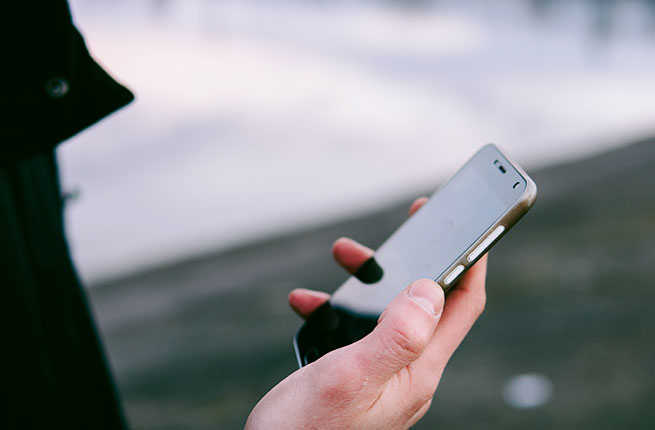 Download a VPN, now. The Great Firewall of China is a real thing, meaning that your Internet will be censored (read: No Facebook, Google, or YouTube, among others) to a degree you never thought possible. As many young Chinese are already doing, download a VPN program (most are free for 30 days) and get free Internet through a proxy service. It may sound complicated, but it’s not, and it’s super necessary. 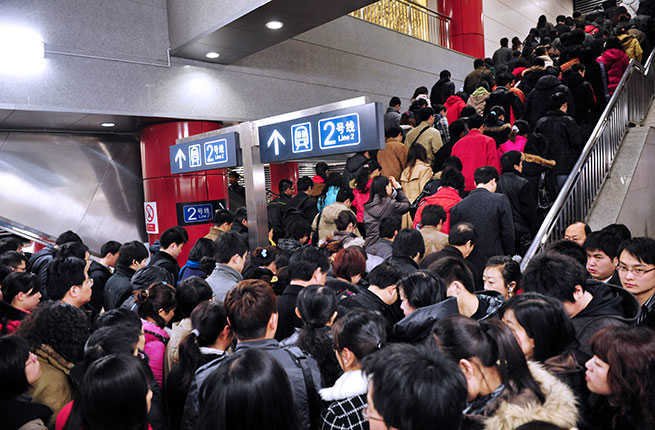 If you don’t want to spend your entire trip in traffic, learn to love Beijing’s subway. The expansive metro system can get you just about anywhere you need to go in the city even if your Mandarin is a bit, um, non-existent. Multi-trip passes can save you money, but at a little over 25 cents a ride, it sure beats sitting in downtown gridlock. Remember to keep your subway ticket, as you won’t be able to leave the subway without it (wonder how we figured that one out?) 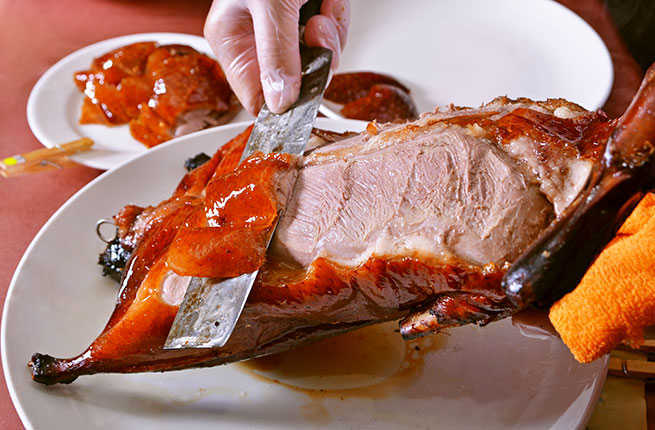 It’s no secret that the best food in Beijing is found on the street. Yes, the urban legends of questionable meats and even more questionable food handling aren’t completely unfounded, but the bustling Hutong neighborhoods dish a wide variety of amazing food for impossibly low prices. CiQiKou Dajie near Ciqikour station is an entire street so full of food stands, you’d need a lifetime to try them all. Pick up a Szechuan noodle bowl or Beijing duck for under $5, and grab real local cuisine minus the tourist price tag. 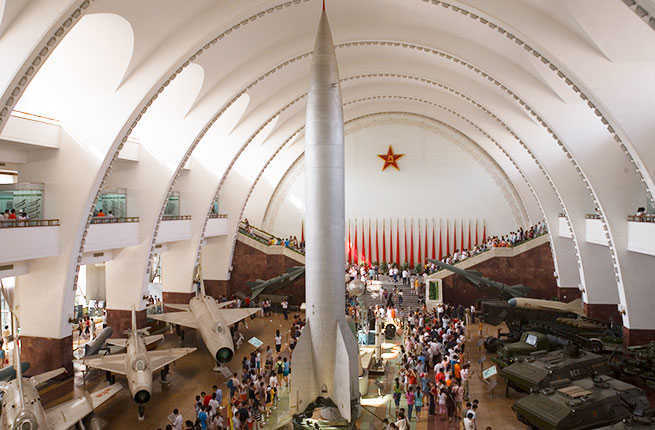 If there’s any doubt of China’s military obsession, a quick visit to its primary military museum should clear all of that up real quick. The Military Museum of the Chinese People’s Revolution is an over-the-top display that is as interesting as it is terrifying. When was the last time you went to a museum that’s largest wing was called the Hall of Weapons? That’s what we thought. Admission is free, just bring a passport. 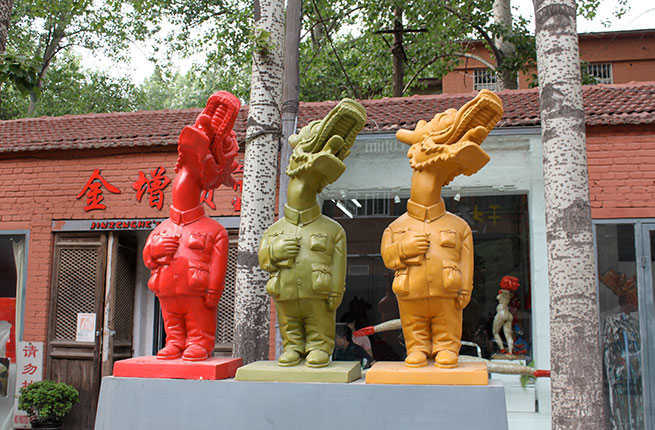 Get Your Dose of Art

A little bit of Brooklyn in the heart of China, the 798 Art District is one of the largest collections of modern artists in the country. Carved out of a decommissioned military factory, the 798 features nearly 20 galleries, restaurants, and bars as well as performance spaces in the Dashanzi District off the 403 bus. Entry to the area is free as are many of the galleries, so getting your dose culture (and counter-culture) doesn’t have to break the bank. 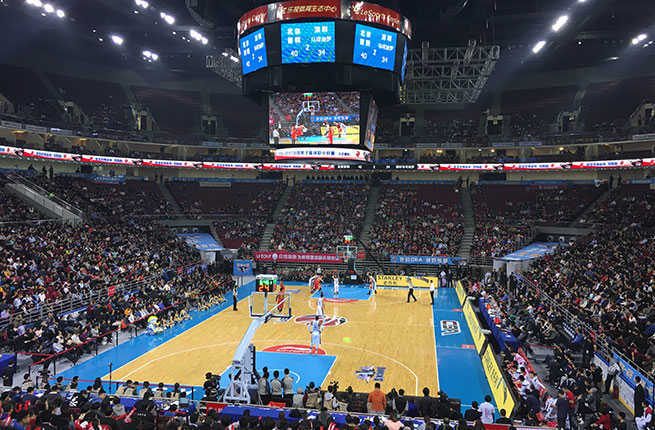 Go to a Basketball Game

China is the land of misfit NBA players, just ask the nation’s capital. For as low as 80 RMB (roughly $11) spectators can catch former NBA bad boy Stephon Marbury lead the Beijing Ducks against China’s best professional basketball players at the 18,000-seat MasterCard Center (with their help the team has won three league championships in five years). Tickets are sold at the stadium box office starting four hours before tip-off. 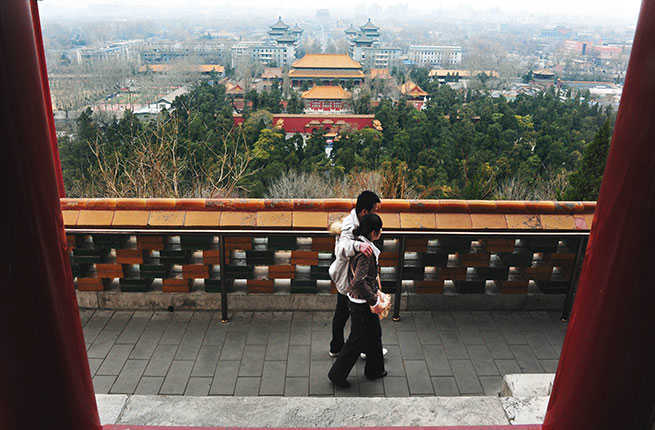 Head for the Hills

Beijing is a flat city, but that doesn’t mean you can’t get above it all in a hurry. As the hordes descend on the Forbidden City, take a detour to the hills of Jingshan Park to get a birds-eye view of the temples for less than a dollar (at $12, a ticket inside isn’t going to hurt much either, but we digress). From the park, take in sweeping views of the Forbidden City and Tiananmen Square, and skip the hassle of China’s biggest tourist trap. 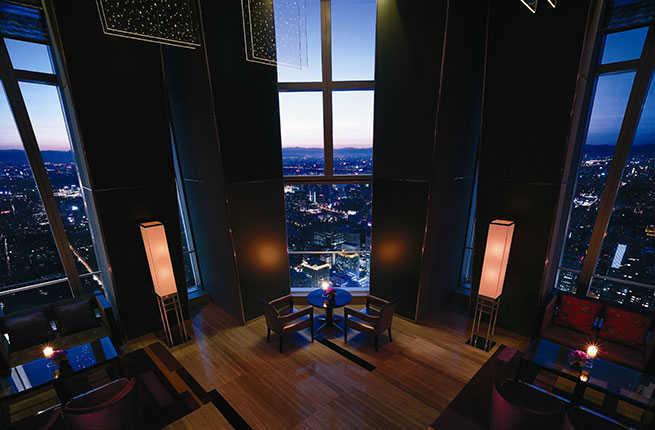 Courtesy of the Shangri-La Hotel

If you need to get away from the rush, just go up—way up. On the 80th floor of Beijing’s tallest building sits Atmosphere Bar and arguably the best happy hour in the city. The specials rotate but often include an all-you-can-drink cocktail hour for roughly $15. This is a classy joint (it’s part of the Shangri-La Hotel), but if you’re looking for a sunset, fast Wi-Fi, and a good green tea with bourbon, it’s worth putting on a clean shirt. 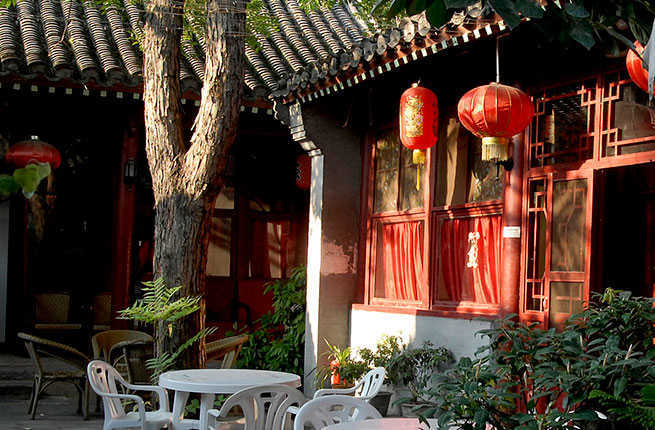 Get a Good Night’s Sleep

When the night winds down, skip the city lights and rest your head in the quiet comfort of the Red Lantern Hostel. Located in the sleepy ZhengJue hutong neighborhood near the Jishuitan subway station, Red Lantern offers good Wi-Fi, clean bedding, and safe storage for around 85 RMB (about $13) a night in four-person bunk rooms (with a minimum two-night stay). Grab breakfast in the main building’s covered garden and plan your day in peace.