What do Kate Hudson, Gwyneth Paltrow, and Zoe Saldana have in common? They are three A-list actresses with, presumably, a sizeable Dubai-endorsed check.

Visit Dubai enlisted three Hollywood A listers and Reed Morano, director of The Handmaid’s Tale, to create one of the most baffling advertisements to date. We have quite a few questions about this ad (that doubles as a short film), but first let’s give a quick recap to save anyone who hasn’t already seen it from wasting eight minutes that we recommend using on truly anything else. 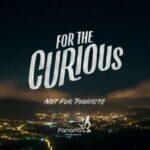 This video starts with Kate Hudson and Gwyneth Paltrow on a boat, yelling, laughing, enjoying the Dubai water, and wondering aloud where their buddy Zoe Saldana is. This theme of “huh, where is that friend?” is present throughout the entire video, and while I know that we would never go to a foreign country and separate from our friends without at least an idea of where they could be, Dubai asks that we set that knowledge aside in order to fully buy into their ad. Now, back to “hmm, where could Zoe be?” Oh yes, that’s right, she’s in the desert holding hawks with a mystery man.

“Hmm, where could Zoe be?” Oh yes, that’s right, she’s in the desert holding hawks with a mystery man.

We see Saldana as she releases the bird and we cut to Hudson in a café, by herself, asking a handsome older gentleman where she can buy art. He answers pretty vaguely with “take a left and left” and then we go over to Paltrow in the spice market, also by herself. She is smelling spices, photographing strangers—presumably getting some good material for Goop—when she gets caught by her subject. They have an exchange of “you’re so beautiful, want to try my camera” and then the woman who we can assume is from Dubai says that they need wheels (referring to the skateboards that speed past).

Now we’re looking at Saldana on a broken-down motorcycle getting help from strangers (because apparently these best friends had no interest in spending time with one another). Now she’s in a tall building with a glass floor getting help from another stranger to I guess conquer a fear of heights?

Suddenly Saldana and Paltrow are on a boat saying “Where is Kate? Guess we should leave her!” Kate catches them in the act of ditching, and rather than being upset or yelling at them, she laughs it off—much more chill than I imagine anyone else would be in that situation. They all decided to karaoke that night and the video finally comes to an end with a montage of them performing in a bar/club/private room (?) for the last minute. Yes, an entire minute.

This is either an incredibly toxic friendship or these women are meeting for the first time.

Ladies, Why Do This Video?

A great question with no answer. The amount they were paid has not been disclosed, but we can assume it’s a pretty high number. Given that the United Arab Emirates is the 7th wealthiest country in the world, it is hard to imagine that the check was anything short of a ton. In addition to a paycheck that could probably pay off my student loans and then buy me a house and an island, the actresses and director also got an all-expenses-paid trip to Dubai. When the tourism board that knows the ins-and-outs of what to do and see invites you to their country, you agree to go.

How Do You Keep Losing One Another?

While the entire video is insane, this is the part that struck me as the most bizarre. We are meant to believe that these three women are best friends but yet they have no interest in doing activities together, nor do they seem to have even exchanged contact information. The normal response to “Where is Kate?” might be something like “Not sure, let’s shoot her a text” but in this video, they say “not sure,” shrug, and leave her behind. This is either an incredibly toxic friendship or these women are meeting for the first time.

Whose Kid Is That?

Something I left out in the recap is that, after releasing birds and before having her motorcycle break down, Zoe visits a child out in the desert. Her relation to this kid is incredibly unclear. He’s sitting at a blanket with some other kids and adults when he sees her and addresses her as “my best friend.” From there it gets blurry. She tells him that it’s one more day—we don’t know what is one more day, she just says this out of nowhere—and that if he wants to leave early he can. So, is he at summer camp? In the desert? He then puts on a helmet to get on the motorcycle with her but then doesn’t. It is incredibly unclear if this is her son or just her eight-year-old best friend she decided to send off to summer camp in a foreign country and it makes for perhaps the most difficult plotline to follow.

The man who tells Kate to take two lefts in the café is, we believe, her love interest of the eight-minute video. She initiates conversation with him and is incredibly flirty—you don’t need to hear what’s said, her eyes say it all. She then finds him later at a street concert where he is playing the guitar. When asked to join she lets him know that she is too shy, which we all know is not true; ask this woman to sing and she will comply. She then spends so much time chatting this guy up that she nearly misses the water taxi her friends are on. In this video, Kate Hudson plays Kate Hudson, but is this version of herself not in a serious relationship back home? Either the writers forgot about her partner of three years, the two have an open relationship that Dubai decided it was their place to reveal, or Kate just radiates flirtation.

Isn’t This All a Bit Hypocritical?

These three actresses and director have often used their platform to promote social equality and justice, yet they agreed to be involved in an advertisement for a place often cited as violating human rights, which includes accusations of torturing the imprisoned. Kate Hudson, honored in 2016 for her activism in the LGBTQ+ community, specifically garnered a lot of criticism as the country is notably not friendly towards that community. This brings us back to the question of, how good was that check?

Did This Make Me Want to Visit Dubai?

This brings us back to the question of, how good was that check?

The quick and to the point answer: no. The star-studded cast did not make up for just how little of Dubai we saw. They showed us one café, a small section of a spice market, the desert, and then some water—really their only activities were catching and releasing hawks and then singing. A city famed for its extravagance and unimaginable activities showcased only the things I could do anywhere else.

We did not rush to buy a ticket after this drawn-out commercial, but please do call when there’s a five-minute trailer for the Goop cruise.