Located 70 kilometers southwest of the capital Nairobi, the secluded Olorgesailie village is not only a “factory of stone tools” but also an exciting campsite for tourists.

Kenya now boasts a little-known prehistoric site with a big claim to fame: Olorgesailie is considered the world’s first campsite. This follows the recognition of Olorgesailie, renowned last December in Madrid by the United Nations’ World Tourism Organization (UNWTO).

The prehistoric site is famed for having the highest accumulation of the oldest hand axes ever discovered in the world, dating back 1.2 million years. The site’s hand axes are mostly egg-shaped with razor-sharp edges for cutting and hewing and are believed to have been used in the Acheulean Period, pointing to signs of early camping of the early man. The hand axes are believed to have been used for skinning animals and digging up certain roots for food since the Homo-erectus early man was a known hunter-gatherer. 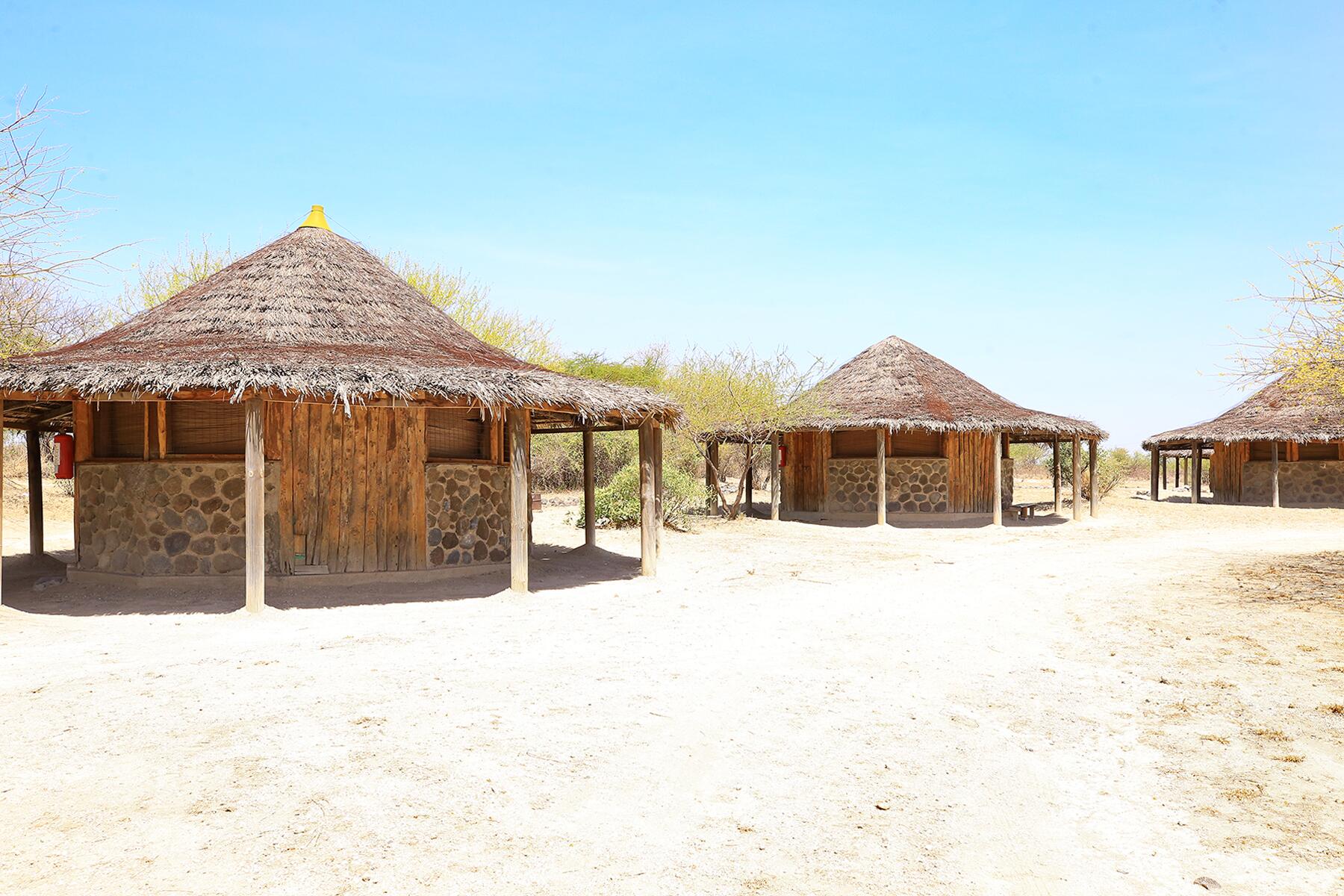 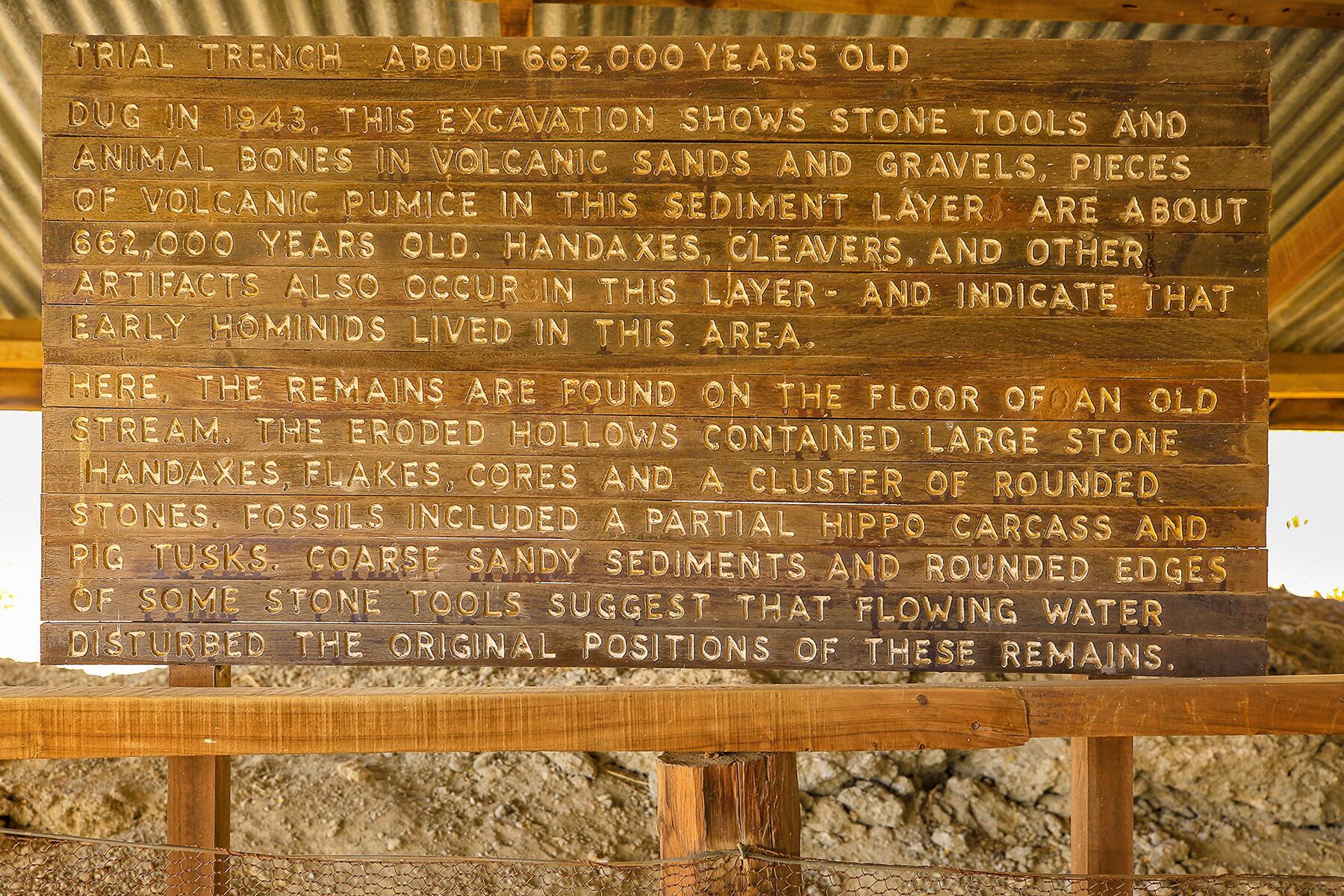 Olorgesailie is feted among 44 Best Tourism Villages 2021 from 32 different nations worldwide. This recognition also includes advancing the importance of tourism in safeguarding rural villages based on their landscapes, natural and cultural diversity, along with local values and activities, including culinary customs.

Najib Balala, the Secretary of Kenya’s Tourism and Wildlife, acknowledged the global recognition of Olorgesailie village as a big boost to the country’s reputation as a rich cultural destination.

“This is an important award because it has put Kenya on the international map,” explains Balala. “[The award] values rich culture and economy in rural areas.”

Other World Heritage sites that boast impressive collections of artifacts include the Peking Man Site at Zhoukoudian in China (recognized in 1987), the Sangiran Early Man site in Indonesia (recognized in 1996), and the Fossil Hominid Sites of Sterkfontein in South Africa. Olorgesailie, which is managed by the Kenya National Museum, was first recognized as a prehistoric site in 1970 and is considered one of the “cradles of mankind” in the world.

Located in Kajiado County, the home of the globally-celebrated Maasai community, the campsite is a one-hour drive from the thriving capital of Nairobi. The village is accessed using private vehicles, tour vans, and Boda Boda (commuter motorcycles) through a narrow road that passes through a rocky landscape dotted with acacia trees.

The feted Olorgesailie village lies on 100-acres of land on the floor of the Great Rift Valley and is sandwiched between two extinct volcanoes, Mount Olorgesailie and Oldonyo Esakut. Olorgesailie is surrounded by a mountainous landscape and provides stunning scenery for picnics and camping in a scarcely populated area of about 1,500 Maasai locals, which was once a lake basin that existed about 100,000 to 200,000 years ago.

A Visit to the On-Site Museum 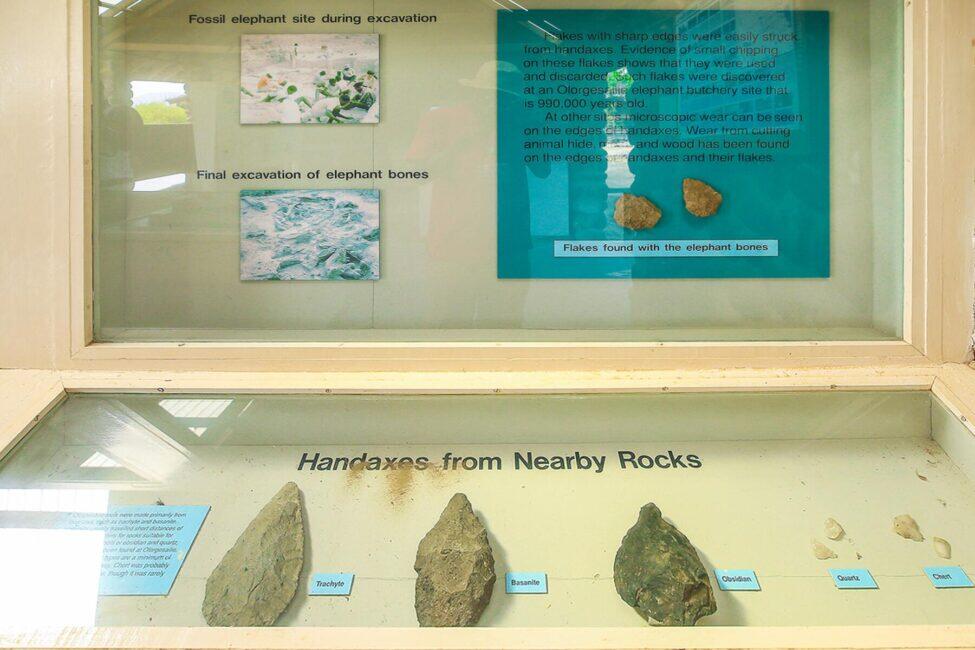 The on-site is always the first stop for any tourist visiting Olorgesailie because it offers background on the artifacts and fossils before visiting the various excavation sites filled with massive bones and skulls of extinct wildlife species. The outstanding prehistoric findings at the site are accredited to the 1942 investigations conducted by the Kenyan-British researcher Dr. Louis Leakey and his wife, Mary. The natural erosion at the site paved the way for the couple to excavate and discover ancient artifacts and fossils, which were crucial to their prehistoric research. 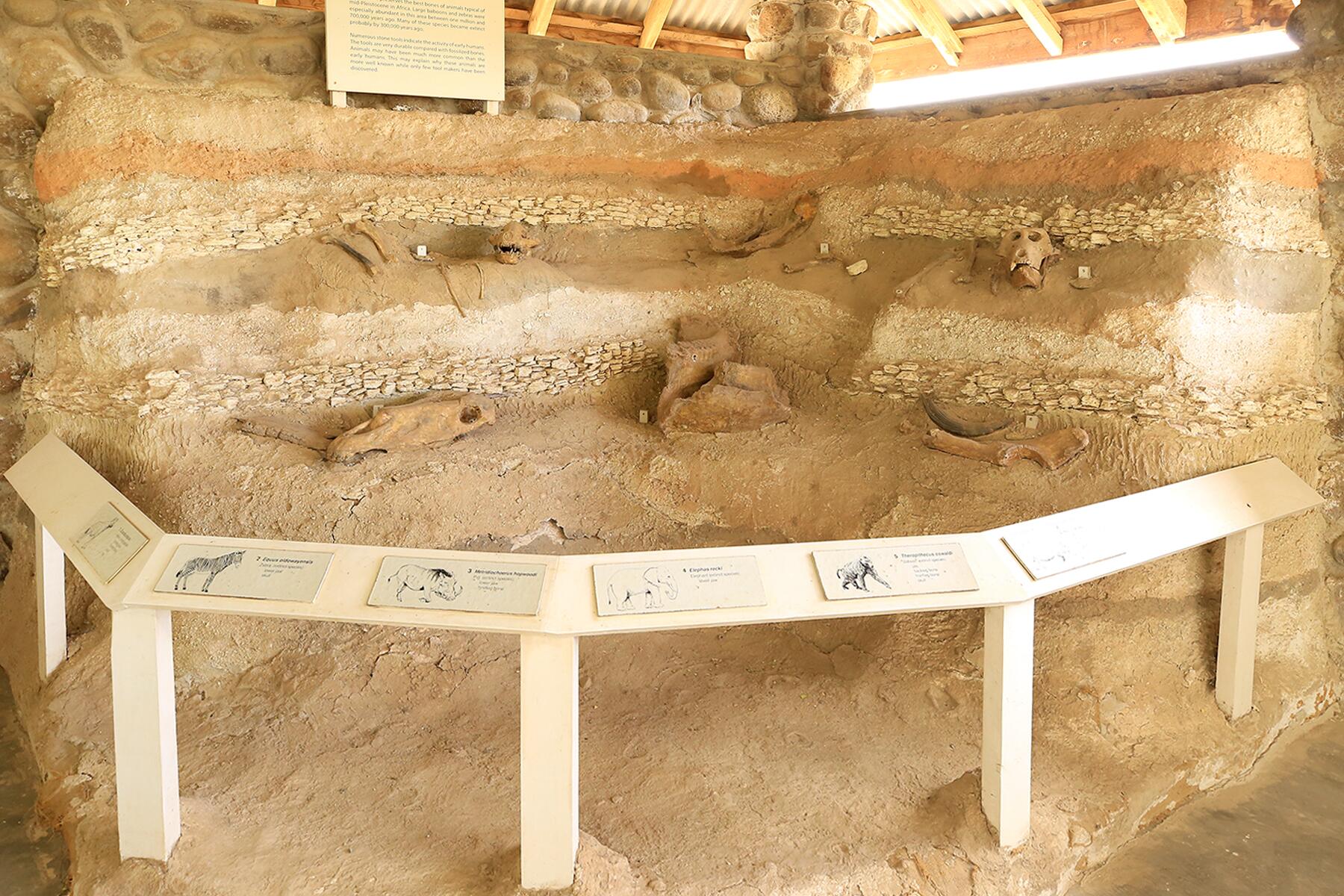 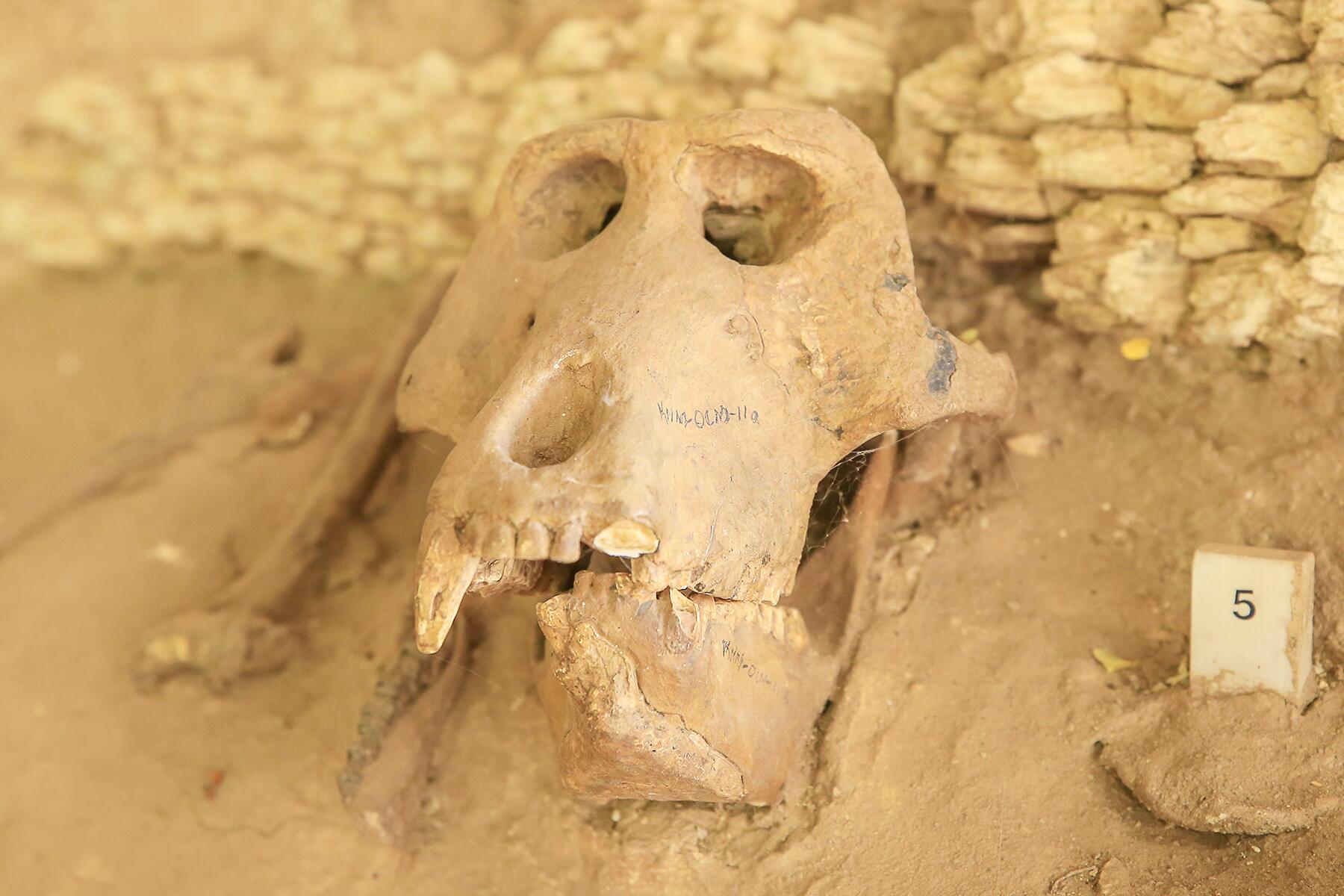 Where to Book Your Stay

“For anyone who enjoys a cultural immersion, Olorgesailie village should be on their travel list,” adds the CEO of Kenya Tourism, Dr. Betty Radier.

Camping is also an option at Olorgesailie. When planning to camp, bring the essentials (like food, flashlights, lamps, a cooking stove, drinks, and bottled water) since any shopping centers are far from the rural village. Camping facilities are readily available, and international tourists can expect to pay $3 for children under 16 and $6 for adults per night. 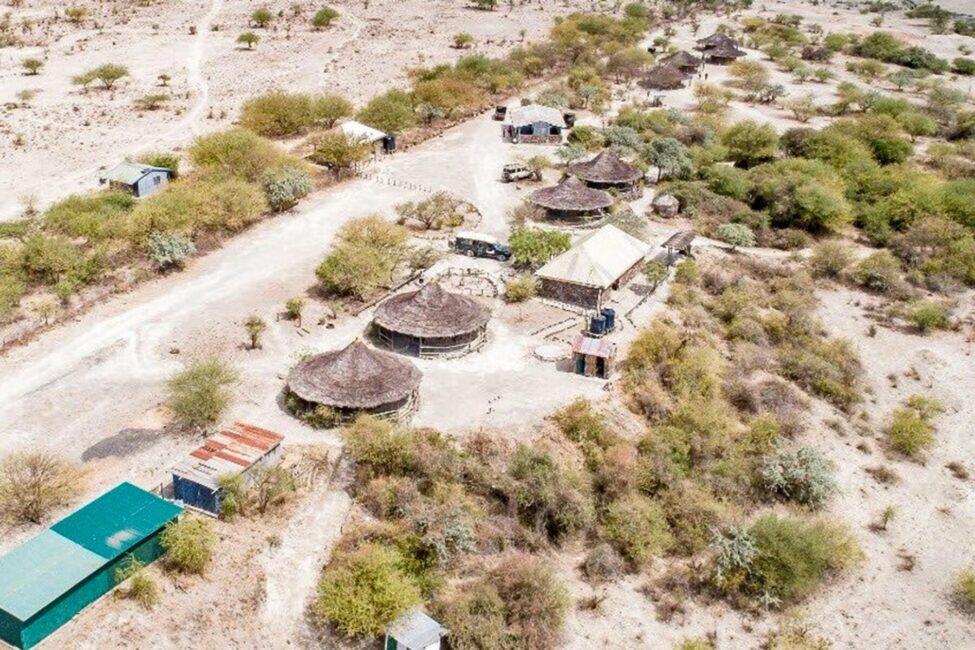 Connecting with the Maasai Culture

Beyond being resplendent with history, the Olorgesailie campsite also boasts activities like mountain climbing, bird watching, camping, and a visit to a nearby baboon camp, which is part of the prehistoric village. Olorgesailie also offers a taste of the Maasai culture by connecting visitors with the woman-run Olorgesailie Women Initiative, which sells homemade items like beaded jewelry and woven shukas (an African fleece blanket unique to the Maasai culture). Beyond the revenue generated by tourism to the rural village, Maasai women earn a living by selling their handcrafted wares to travelers.

The historical Mt. Olorgesailie once served as a holy place for the Maasai, who used the mountain as a sacrificial spot to their God (Enkai). For adventure enthusiasts, climbing Mt. Olorgesailie—especially during summer—is an experience worth booking. Be fair warned; these hikes are not for the faint of heart! The hike starts at 5 am and can last upwards of three hours during soaring temperatures. Make sure to bring plenty of water!