After preserving its Swahili settlement heritage for over seven centuries, Kenya’s touristic town is now at risk.

Kenya’s antique and conservative coastal town, Lamu Old Town, renowned for preserving its Swahili settlement culture in East Africa for over 700 years, is staring at a bleak future, and potentially losing the prestigious UNESCO heritage status.

The town, which is a key tourist destination and a beneficiary of United Nations Educational, Scientific and Cultural Organization (UNESCO) funding since its recognition in December 2001, has been facing myriad threats in recent years. UNESCO has warned that the town is “under potential threat” from the government’s mega-projects and urbanized day-to-day activities violating the recognition requirements.

About 260 kilometers (162 miles) north of Kenya’s second-largest city of Mombasa, Lamu Old Town is located on a 16-hectare (39 acre) mainland bordering a slip of Indian Ocean dotted with archipelagos. The town boasts a chill lifestyle whose humid atmosphere is a mixture of rejuvenating cold and warm breezes. Its uniqueness as the only existing old Swahili settlement in the region is characterized by the spatial urban organization of buildings of Arabic origins, and the narrow winding streets designed exclusively for pedestrian and donkey rides.

Comprised of coral stone and mangrove lumber, the town’s fancy Swahili architectural stone buildings on the seafront showcase arched passageways and verandas that face the streets. The buildings’ doors are uniquely curved with a mixture of Swahili (Bantu people), Arabic, Persian, Indian, and European styles due to its history as a center of the slave trade, now resulting in cultural diversity among the population’s five groups. The town has retained its traditional Swahili culture despite the presence of foreigners making it a distinct center of influence for Islamic education. 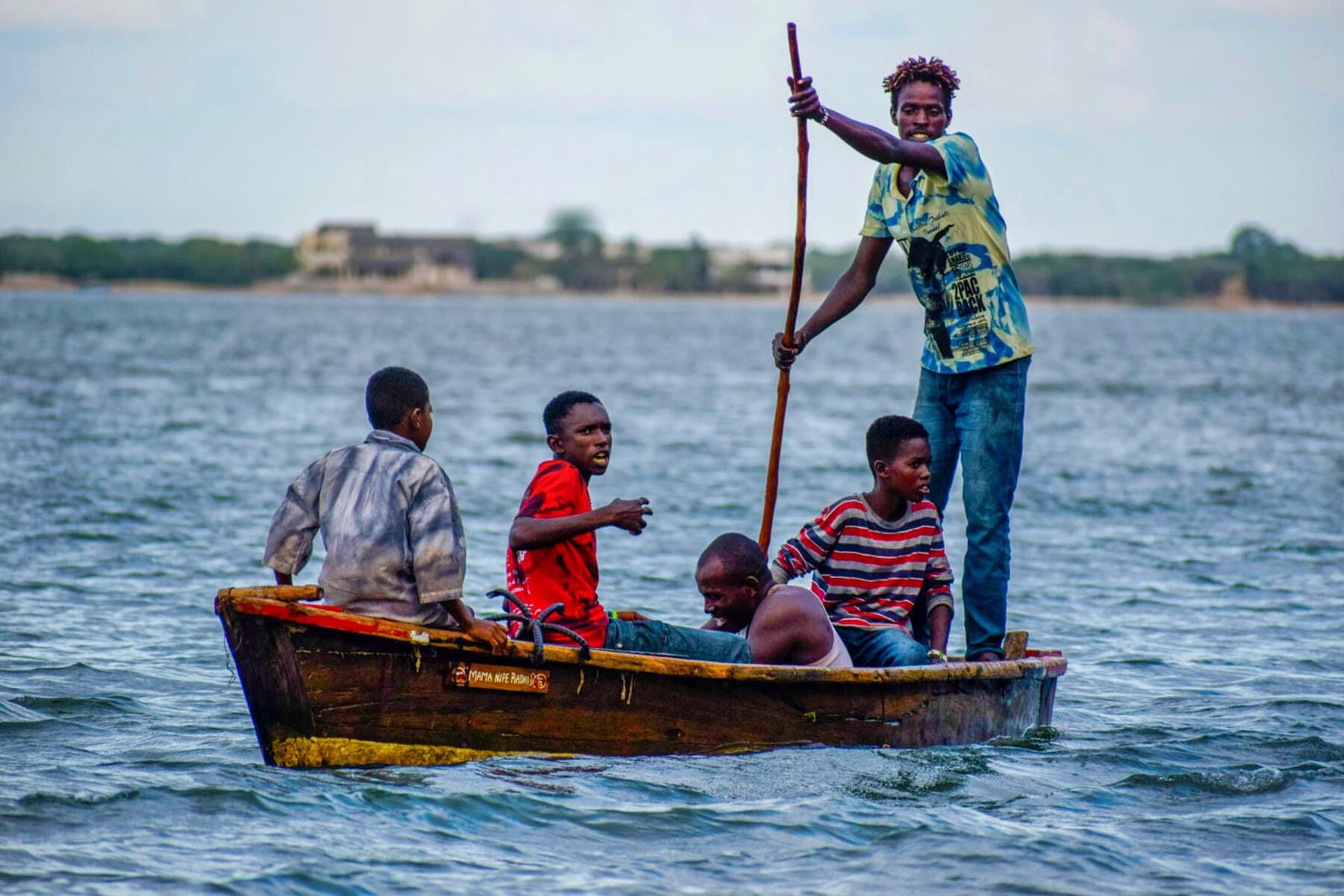 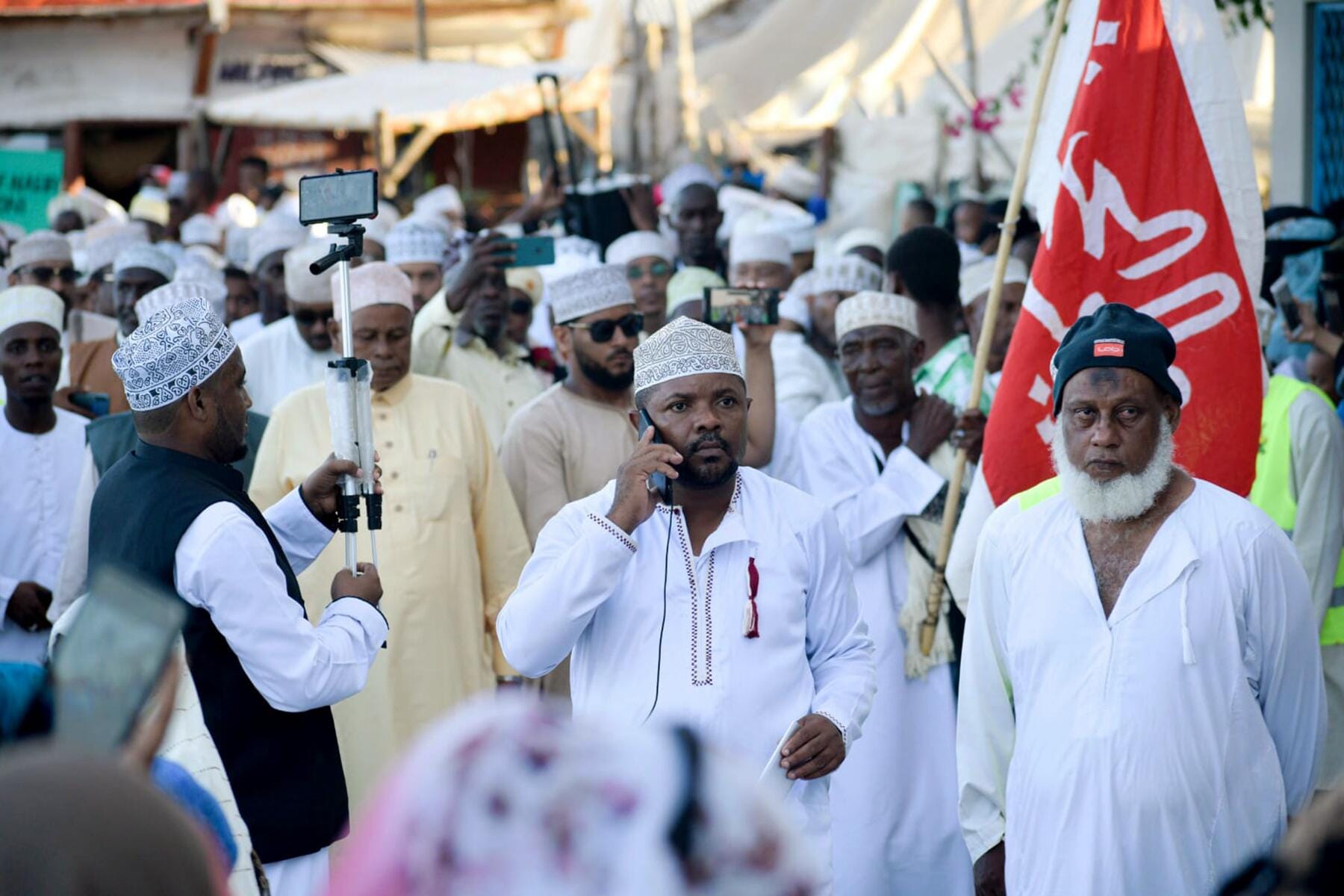 The recognition of Lamu Old Town among UNESCO’s seven heritage sites in Kenya has resulted in a major influx of foreign income and tourists. Lamu has beautiful, historic attractions like the Lamu Museum and the Lamu Fort, built by the Sultan of Paté between 1810 and 1823. It was used as a prison during the British colonial rule, but today is a library. Tourists can enjoy events like the annual yoga festivals, drinks at the Floating Boat bar for stylish sundowners, rides on dhow boats across archipelagos, and stays at magnificent guesthouses like Amu House and the whitewashed Shella White House right on the waterfront.

But the town’s culture is at stake. In 2021, The World Heritage Centre and the Advisories Bodies conservation assessment painted a bleak picture of Lamu Old Town.

“The poor state of conservation of the property and lack of building controls observed by the mission, which pose a threat to its integrity and authenticity, remains of significant concern,” reads part of the findings in the 2021 assessment.

This assessment came after the panels in 2019 advised the World Heritage Committee to downgrade the town to the list of World Heritage in Danger for active international support. This request was postponed to allow for more discussion, and for the opportunity for relevant local institutions like the National Museums of Kenya, which plays a part in conserving the town’s heritage, to fix issues raised. 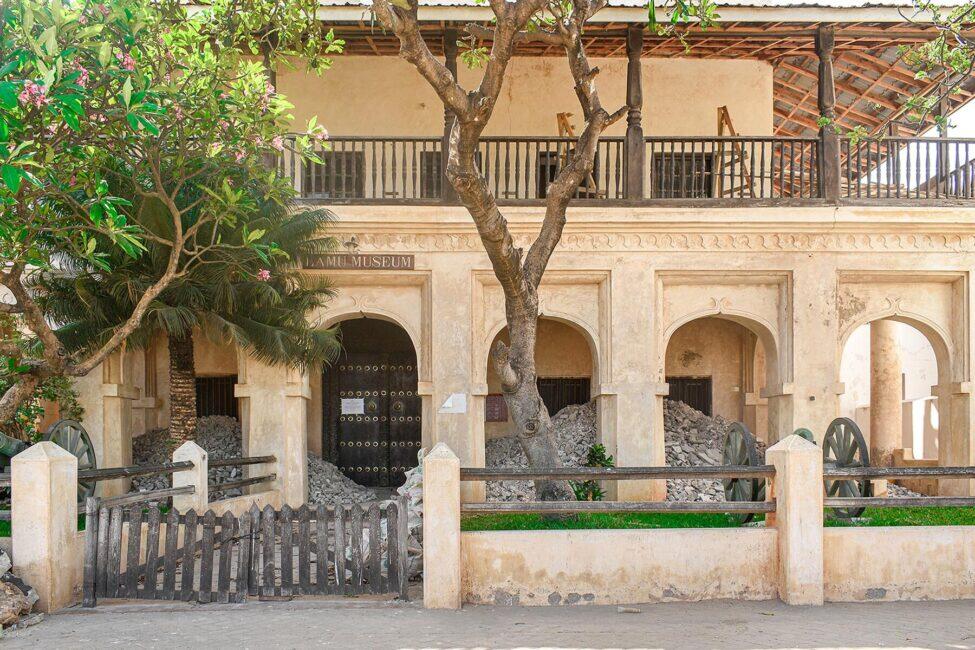 Lamu Old Town recognition has benefitted financially from UNESCO for conservation purposes. The town has so far received a total of USD $61,436. The latest funding amounting to USD $29,660, approved in May 2021, was for strengthening the governance and management structures of the town. UNESCO’s World Heritage Committee, which approves and monitors heritage properties across the globe, has been issuing warnings about numerous threats to Lamu Old Town’s heritage status despite it receiving the financial support.

The Committee’s annual state of conservation report has highlighted solid waste, construction of a coal power plant, and the Lamu Port mega-infrastructure project among the threats. Other issues are Western practices and urbanized activities like commuter motorcycles operating in the town.

During its July 2019 convention in Baku, Azerbaijan, The UNESCO World Heritage Committee demanded the construction of the Lamu coal power plant be stopped after assessing the impact of the mega-projects on Lamu Old Town’s heritage status. Kenyan authorities halted the project in 2020 citing environmental concerns, and soon thereafter, the Chinese government pulled its financing of the plant. Another environmental threat to the town is the somewhat stalled construction project of the Lamu Port-South Sudan-Ethiopia-Transport (LAPSSET) Corridor, which aims to connect the landlocked nations of South Sudan and Ethiopia to the sea. The infrastructure project could destroy the town’s natural shoreline, a mangrove forest, and put Lamu at risk of flooding.

Part of Lamu Old Town’s cultural heritage is famed for donkey rides by locals and visitors. During political campaigns in the town, senior politicians eying the presidency in Kenya ride on the donkeys. The small Lamu County has a total population of 40,000 donkeys, most of which are found in Lamu Old Town and the archipelagos. The cherished, docile animals are trained to take instructions at a tender age by owners who can command them to deliver cargo to various destinations without much supervision. 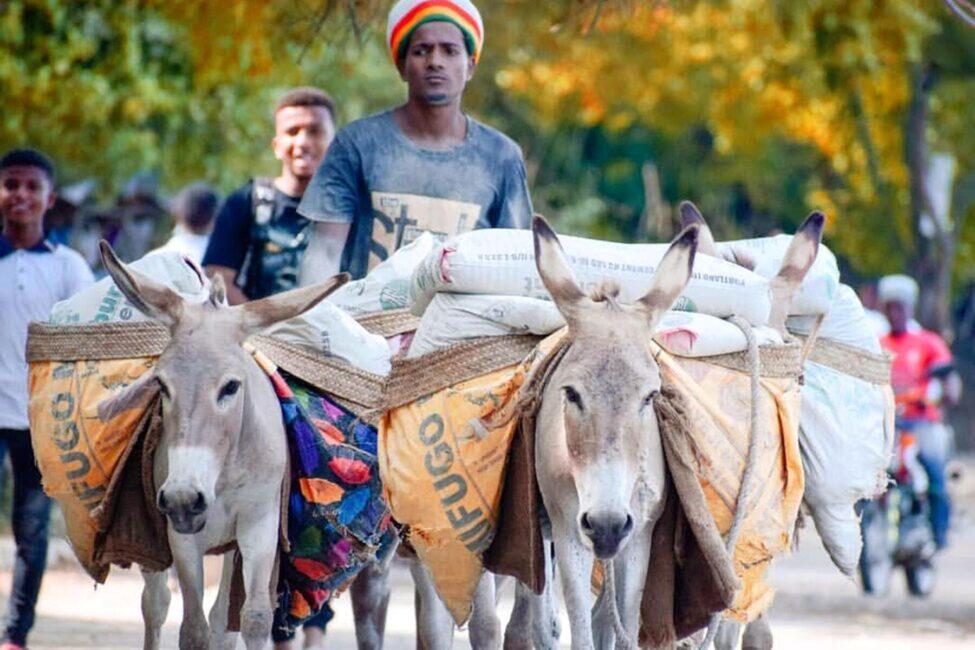 So the issue of modern traffic–the flooding of motorcycles for commuting, popularly known as Boda boda (motorcycle taxis in Swahili), as well as some cars–in the narrow streets meant for pedestrian and donkey traffic is also eroding the world heritage status. Kenya’s Sports and Culture cabinet minister, Amina Mohammed, noted the concerns UNESCO has raised and assured the government’s commitment to protecting the antique town from losing its heritage recognition. Mohammed noted that “an alternative job sector is required to keep Boda boda operators away from the town,” as their presence affects the free movement of locals, donkeys, and tourists.

Hundreds of jobless youths operating Boda boda to put food on the table have always been at loggerheads with the town’s local authority. The noisy motorcycles have impacted the town’s tranquillity and safety, and restricted the movement of donkeys commonly used to ferry cargo and transport riders. Local officials have been evicting the Boda boda from the streets, but the agitated operators have vowed to fend for their families within Lamu Old Town until the county government provides them with an alternative source of income. Thus, the Lamu county government has been forced to designate various streets for Boda boda operators. Samir Omar, a resident of Lamu Old Town and photographer, states that this move has helped reduce clashes between local authorities and Boda boda operators.

“Any Boda boda operator found breaking the law by riding in outlawed streets including the seafront is punished. This has helped to bring order in managing and preserving the town as a world heritage,” Omar says.

Two youthful Boda boda operators, Hussein Abdi and Hassan Mbotela, support the local authorities’ regulations of designating certain streets for them despite limiting them to move freely within the town.

“We Swahili speakers have a saying that goes, half a loaf is better than none,” Abdi says.

Mbotela adds that at least they can support their families with whatever little they get, unlike if they were completely banned from operating in the town. Moreover, the growing number of stores, stalls, and shops along the seafront contravening the UNESCO requirements are putting the town further at risk. Several cultural promotional groups within Lamu Old Town have given warnings about the emerging trend of littering the seafront with stalls and shops while calling for regulations outlawing the practice to be put in place.

Despite these threats, Omar notes that the recognition of Lamu Old Town as a UNESCO Heritage Site helped it transform for the better.

“The recognition changed this place totally in terms of management and becoming one of the top tourist destinations in Kenya. As we talk, there are currently so many tourists here and many continue to come,” he says happily.

Nonetheless, Lamu Old Town is yet to be placed on the list of World Heritage in Danger despite warnings from UNESCO. The town could have joined the global list of 52 endangered heritage sites that includes Kenya’s Lake Turkana National Parks downgraded in July 2018, had the World Heritage Committee effected the 2019 recommendation.

The World Heritage Center is expected to receive the progress report on the state of Lamu Old Town conservation in February 2022 for the World Heritage Committee to consider during its 46th session before taking any further action.