With its long stretch of Mediterranean beaches, well-placed palm trees, and abundant sunshine, Tel Aviv brings to mind Miami, or maybe a small Los Angeles. Even if it's not prime beach season, there's plenty to do, from checking out fascinating markets and bazaars, to viewing world-class architecture, to digging into the excellent and diverse food scene. This compact city of around 400,000 is largely walkable and easy to see in just a handful of days. Here's how to spend a long weekend there. 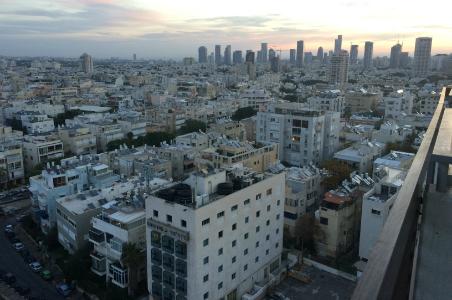 After checking in to your hotel, start your visit with an amble along the city's palm-tree-lined beachfront promenade, which is popular with joggers and cyclists. In an hour or less, it's possible to stroll from central Tel Aviv to Jaffa (a.k.a. Yafo), which was once a separate town but is now considered part of the larger metropolitan area. This historically Arab area has a livelier, older feel than the rest of the city. Don't miss the famous Jaffa Flea Market, a bazaar-like collection of stalls selling antiques, traditional textiles, vintage jewelry, and all manner of other things—be sure to bring cash and be ready to bargain down whatever price is offered. The market closes early on Fridays, so make sure to get there early to ensure plenty of time to shop.

If shopping makes you peckish, seek out the legendary carbs of Abu Lafia (7 Yefet St.—watch for the imitators next door), which is famous for breads such as pita dusted with the typical spice mix known as za'atar,. and calzone-like stuffed pastries called sambusak. Classic varieties are stuffed with mashed potato or cheese, but we hear the pizza kind, heretical though it may be to purists, is a favorite of many. If you're hungry for a full meal, Dr. Shakshuka offers many different spins on its namesake eggs-in-tomato-sauce dish, which is about as typically Israeli as you can get. Hummus lovers should be sure to visit Abu Hassan (1 Ha'Dolphine) at some point—the simple restaurant offers what many say is the best hummus in the city or even the country. 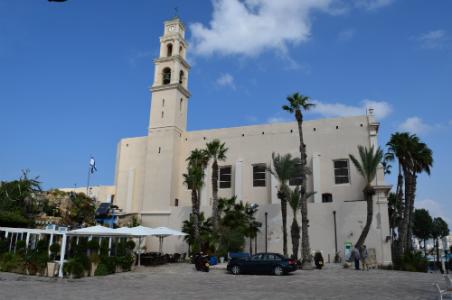 After grabbing some hummus, walk five minutes down to the Jaffa Port. This ancient maritime destination has about three or four millennia of recorded history, not to mention a famous church, intriguing little alleyways, and plenty of spots where you can snap impressive photos of the sparkling Mediterranean. When you've gotten the lay of the land, make your way to the Ilana Goor Museum, located inside a beautifully restored 18th-century stone house overlooking the sea. Goor is a jewelry designer, sculptor, furniture maker, and one of Israel's best known artists, and the museum (which is also her home) features contemporary sculptural installations and artworks by her and other artists.

Be sure you've booked ahead for dinner at Abraxas North, a dim and ambient den from the imagination of Eyal Shani, one of Israel's most famous chefs. The menu changes depending on Shani's whims and what's in season, but expect lots of creative spins on vegetables and seafood. You might encounter remarkably meaty slices of beet carpaccio, ceviche served directly from the chef's bare hands, feather-light zucchini pizza, and if you're lucky, a roasted whole fish swimming in an irresistibly rich sauce of roasted tomatoes. Counter stools are the best seat in the house (the better to watch the action in the open kitchen), or maybe an al fresco table on warm nights.

If you're keen to check out Tel Aviv's justly famous nightlife, Friday is a good night for it (and Thursday might be even better, if you can swing it). Keep in mind the words of one inveterate partier who said, “We might have drinks from 9 to 12, but we don't go out before 12.” However, the city does cool bars well, too. One of the best is Suramare, an indoor-outdoor rooftop bar hidden on the 10th floor of an office building. (To reach it you descend into the building's parking garage, make it past the bouncer, then take the elevator to the 10th floor.) When clubbing hour rolls around, there's Bootleg (48 King George Street), where a diverse crowd crams into the large basement space to dance to techno or whatever that night's DJ is spinning until early in the morning. 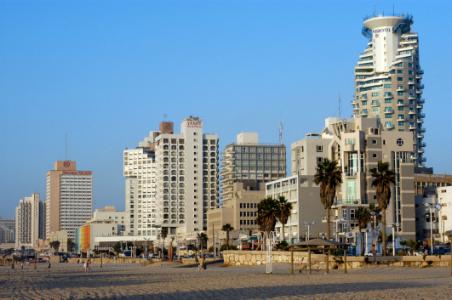 Whenever you make it out of bed, spend a few hours on a self-guided architectural tour. Tel Aviv has the largest collection of Bauhaus-style buildings in the world, constructed by German Jewish architects who emigrated to then-Palestine in the 1930s. These white, modernist buildings, concentrated around posh Rothschild Boulevard, are not to be missed—the “White City” has been dubbed a UNESCO World Heritage Site. If you're interested in diving deeper, the Bauhaus Foundation Museum offers exhibits about the buildings and walking tours every Friday morning at 10 am.

Another interesting part of town is a grid of small streets and alleyways known as the Yemenite Quarter. The diminutive one-and-two-story buildings were constructed by Yemeni Jewish immigrants in the late 19th century, and today the area is known for excellent family-run restaurants serving heavily spiced soups, kebabs, and hummus.

For dinner, head to Nanuchka (another place where a reservation is a good idea) a sprawling, two-story Georgian restaurant with a lively, gypsy vibe thanks to frequent live Balkan music. Last year chef-owner Nana Shrier, a well-known food personality, made the menu entirely vegan, but that hasn't stopped a loyal clientele from jamming the place for typical specialties like hinkali, large dumplings now stuffed with spinach and nuts rather than meat. If you can stake out any elbow room, you'll want to linger after your meal at the downstairs bar, which gets progressively lively as the night goes on.

Israeli breakfast is a thing to see, so head to Manta Ray between 9 am and noon for one of the best spreads in town. The waterside restaurant is a favorite of visiting celebs like Madonna, and the choicest tables lie on its beachfront veranda. The morning menu offers choices of egg dishes, various salads, and meze like smoked salmon or roasted eggplant, all accompanied by soft, fresh bread. Go for one of the morning combination plates, or order a spread for the table to get the full experience.

After the traditional scene at the Jaffa Flea and Carmel Market, it's interesting to check out the upscale shops, restaurants, and markets at the Tel Aviv Port, a onetime industrial area that's been redeveloped in recent years. 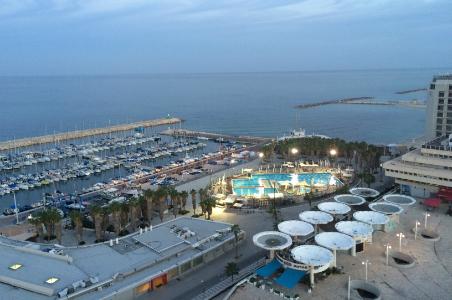 Israel's national airline, El Al, offers direct flights to Tel Aviv from New York, Los Angeles, and, coming June 28, Boston. United and Delta also fly direct from New York. Flight time is about 11 hours from the East Coast. Historic Herods Tel Aviv Hotel is a good home base, centrally located on the beachfront promenade. The 300-plus rooms feature balconies overlooking the sea and the city, and there's an opulent breakfast buffet served in the sea view dining room. The newly opened 30-room Brown TLV offers a boutique experience in a convenient central location close to Rothschild and the Carmel Market. The artsy, retro hotel offers a sundeck with city views, two bars, and a spa. Tel Aviv's mild Mediterranean climate offers 300 days of sun per year. Though you may encounter some rain in the winter, especially during the months of December and January, the city is a good year-round destination.

Jenny Miller writes about food and travel. Her work has appeared in Departures, Saveur, Bon Appetit, and New York Magazine. Follow her on Twitter and Instagram: @JennyHighlife