Where We’re Going in ’08: Hot Spots in Cold Places 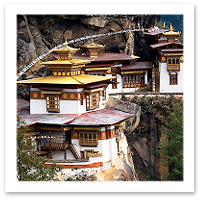 Bhutan: Some vacationers are content to come home well rested. Others want to return armed with envy-inducing stories. If you fall into the latter category, the remote Himalayan Kingdom of Bhutan might be just the ticket. After all, intrepid travelers can expect to see camera-ready cliff-top monasteries, Shangri-la-like valleys, and a Buddhist culture so traditional it appears to be frozen in time. Winters can be frozen too, at least in the mountainous north. Nevertheless, a thaw is in the air. The “Land of the Thunder Dragon” is opening up slowly but surely. Which is why the luxe Aman group has built five resorts here since 2004. Tourism is expected to take another leap forward this year as Bhutan’s century-old monarchy holds its first democratic elections. In the meantime, there is still red tape to contend with because to qualify for a visa you must book a tour through a sanctioned operator. Our first-in Fodorites can help you find one.

Must Do: No trip to Bhutan is complete without a visit to Paro Valley, with its famous “tiger’s nest” monastery (photo, right) clinging to the side of a rock.

Iceland: If the words “Blue Lagoon” conjure images of waving palms and a pre-pubescent Brooke Shields, then you clearly haven’t been to Iceland. That country’s version of said lagoon is a much-photographed geothermal spa where you’re welcome to take a plein air plunge in any weather. Believe it or not, it’s probably the hottest attraction heating things up in this icy but diverse clime. In a nation the size of Kentucky, you’ll find 800-plus natural hot springs, 15 active volcanoes, and one red-hot city, Reykjavik. The world’s northernmost capital combines a passion for the past with a cutting-edge sensibility that manifests itself in an avant-garde art and music scene. The bad news for anyone visiting this time of year is that you’ll have, at best, seven hours of daylight for sightseeing. The good news is that Iceland isn’t as frigid as you’d expect. In Reykjavik, the average January-February temp is 35 degrees F, so it’s actually a bit warmer than the Big Apple!

Must Do: Experience the glaciers, waterfalls and walking trails of Skaftafell National Park. 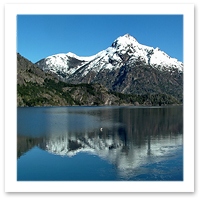 Bariloche: This stunning city in southern Argentina is at the gateway to Patagonia. It’s located in Nahuel Huapi National Park, a vast stretch of land at the base of the Andes Mountains, surrounded by seven lakes, including Lake Nahuel Huapi. Skiing is the main winter pastime while rafting, hiking, mountain-biking, and fly-fishing are tops in summer. Get here by flying into Buenos Aires from the States (American Airlines and Delta fly here starting at $800 round trip) and taking Argentina Airlines to San Carlos de Bariloche International Airport. Ticket prices start at $250 round trip.

Must Do: The Circuito Chico, a 37-mile ride along the coast of the lakes with jaw-dropping panoramas of the snowy mountains and landscape.

Best Place to Bunk: Llao Llao Hotel & Resort (rates from $255) has 159 rooms, many with mountain views. The hotel arranges transportation to the Mount Cathedral Ski Resort and has a hospitality lodge for guests to rest up in-between ski runs. Wallet-watchers should consider staying at 41-room Carlos V (rates from $138). It’s just two blocks from Lake Nahuel Huapi.

Moscow: The political and historic center of Russia is an unlikely candidate for a dream destination. For years the city was polluted, run down, and full of crime. But things are looking up. Business is booming again, and Moscow is alive with theater, nightclubs, great food, designer boutiques, and plenty of well-heeled Muscovites. The usual suspects are still worth seeing — the Kremlin, Red Square, St. Basil’s Cathedral, the Bolshoi Theater, but travelers shouldn’t miss lesser-known gems like Novodevichy Monastery or the imposing Moscow State University building (a gem of Stalinist architecture). Aeroflot and Delta have nonstops from the States, or you can get a connecting flight on Air France through Paris or KLM via Amsterdam. Fares start around $620 roundtrip.

Must-Do: Check out the Tretyakov Gallery’s collection of Russian art and the Pushkin Museum of Fine Art’s top-notch collection of Impressionist works.

Best Place to Bunk: Deep pockets? Head to Hotel Baltschug Moscow, a 230-room property built on the banks of the river (rates from $550). Wallet-watchers can check in to Izmailovo Gamma-Delta, a 2000-room hotel located near Izmailovo Park (rates from $106).

Québec City: Think your 40th birthday is a big deal? Imagine your 400th. That’s how old Québec City is turning this year. Having begun as a fur-trading post in 1608, it grew into the “Capital of New France” and is now one of the world’s most admired cities. So the 10-month-long party QC is throwing for itself is appropriately huge. Topping the crowded events calendar are bigger, better editions of its two signature celebrations — Carnaval de Québec (February 1-17) and Festival d’été de Québec (July 3-13). Other highlights include a free concert headlined by Québec-born chanteuse Celine Dion on August 22, and an October 19 performance by Cirque du Soleil, which started here in 1984. Art exhibitions, multimedia shows, an international fireworks competition and, of course, a hockey tournament are also on the line-up. Myquebec2008.com has complete listings.

Must Do: See a stunning collection of works on loan from Paris’ Louvre at the Musée National des Beaux Arts du Québec.

Best Place to Bunk: Catch a few zzzs at the castle-like Le Fairmont Château Frontenac, which is both Québec City’s top hotel and its most recognizable landmark. Rooms start at $189CDN. 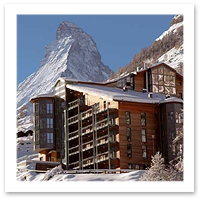 Zermatt: Switzerland’s Matterhorn, a towering citadel in this tiny country’s Valais region, is a symbol of everything that is timeless and eternal. The same cannot be said of the resort town beneath it. Here, change is always afoot. Although Zermatt still retains an old-world ambience (think log chalets, horse-drawn carriages and bubbling fondue pots), it has gotten a number of upgrades lately, from new lodgings to new chair lifts. These make the area’s fabled mountains easier for skiers to enjoy during the November-to-May snow sports season. There are new reasons for non-skiers to visit as well, among them the innovative Matterhorn Museum, which began welcoming guests last winter. Big plans — and we do mean big — are also in the works, namely to cap the adjacent Klein Matterhorn (or “Little Matterhorn”) with a glass observation pyramid.

Must Do: The best way to see Zermatt’s slice of the Alps is to take a ride on the Gornergrat-Monte Rose Bahn, the highest open-air rail system in Europe.

Best Place to Bunk: Check out the views from the Omnia (from $403, photo, right), a design hotel that puts a stylish new twist on the classic ski lodge. Pinching pennies? Hang your hat at the Iglu-Dorf (from $133), a high-altitude igloo village.