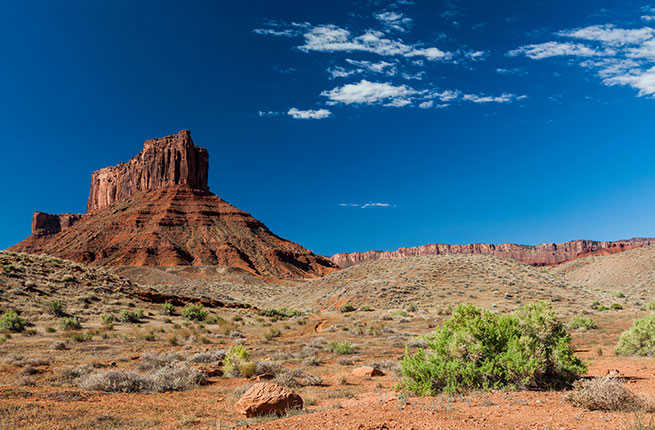 ’Tis the season for reruns while we wait for our favorite shows to start up again. Don’t spend the next few months vegging out on the couch; put down the remote and book a ticket to one of these screen-worthy destinations that will bring your favorite TV shows to life.—Kristy Alpert 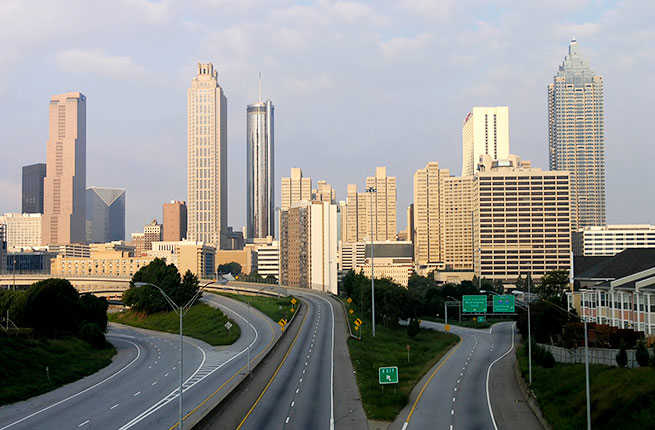 WHERE: Atlanta, Georgia
Experience the zombie apocalypse with a trip to the South. The Walking Dead has been filmed almost entirely in Georgia since Season 1 when we first learned of the outbreak, with many filming locations centered in the capital city of Atlanta. Visit Rick’s house on Cherokee Avenue, make a trip out to the survivor’s campsite at Bellwood Quarry, and plan a day trip out to Senoia, located approximately 25 miles southeast of Atlanta, for a look at the real small town of “Woodbury.” Stay at the Omni Hotel at CNN Center.
PLAN YOUR TRIP: Visit Fodor’s Atlanta Travel Guide 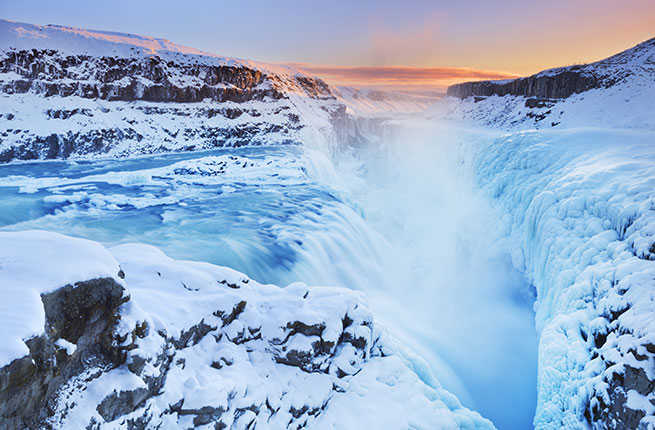 WHERE: Iceland
Walk in the footsteps of the Wildling people while keeping an eye out for White Walkers and dragons while touring through Iceland on a Game of Throne’s-themed Beyond the Wall experience. The show has filmed in Iceland since season two, showcasing places like the lava fields of Dimmuborgir, and Grjótagjá, the small lava cave that becomes Jon Snow and Ygritt’s love nest. End the tour at the Mývatn Nature Baths before ending up with a night in the Kirkjubær, a hotel that has been converted from a 1925 Protestant chapel.
PLAN YOUR TRIP: Visit Fodor’s Iceland Travel Guide 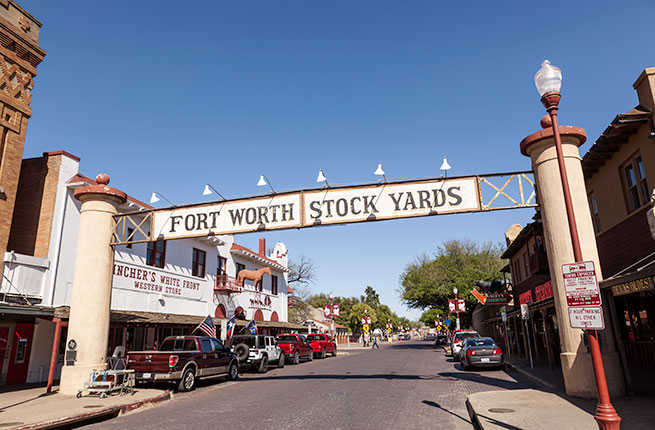 WHERE: Fort Worth, Texas
When Seth Rogen introduced fans to Jesse Custer, a man inhabited by the renegade spawn of an angel and demon, he created a cult following around this Texas-based show. Preacher is based off a dark comic book series from the 90s about god, guns, the American dream … with a few vampires thrown in the mix. Although the town of Annville, Texas, doesn’t actually exist, Rogan’s followers can get the Preacher vibe with a visit to Fort Worth, Texas. Fort Worth began as a cattle town in the 1800s and has preserved that old west atmosphere where you can still experience and authentic cattle drive twice a day at the historic Fort Worth Stockyards National Historic District or sip on something strong at the Acre Distilling Co. (tip: the Hell’s Half Acre rum is a must try for any true Preacher fans). Stay at the Texas White House.
PLAN YOUR TRIP: Visit Fodor’s Top Experiences in Dallas-Fort Worth 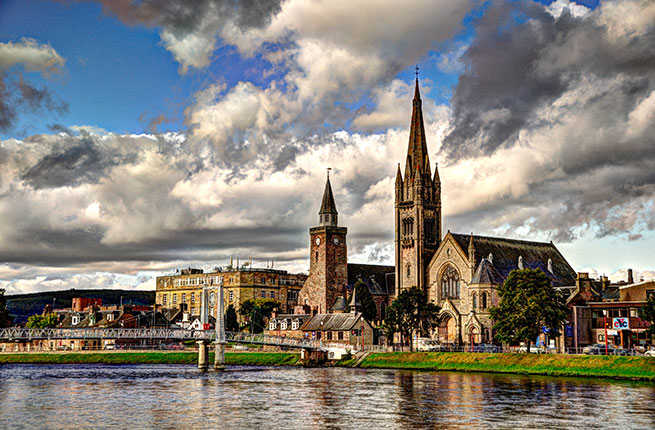 WHERE: Inverness, Scotland
Step back in time and retrace Claire and Jaime’s journey through the Highlands of Scotland in the city that started it all. Inverness is where the storyline began years ago when Claire and her husband ventured out to retrace Frank’s Scottish roots. Uncover your own Scottish ancestry at the Highland Archive Centre or journey out to Clava Cairns to see the mysterious site that inspired the show’s Craigh na Dun. Stay at the Culloden House for the chance to sleep in the actual battle headquarters used by Bonnie Prince Charlie prior to the battle on Culloden Moor during the Jacobite uprising in 1745-46.
PLAN YOUR TRIP: Visit Fodor’s Inverness Guide 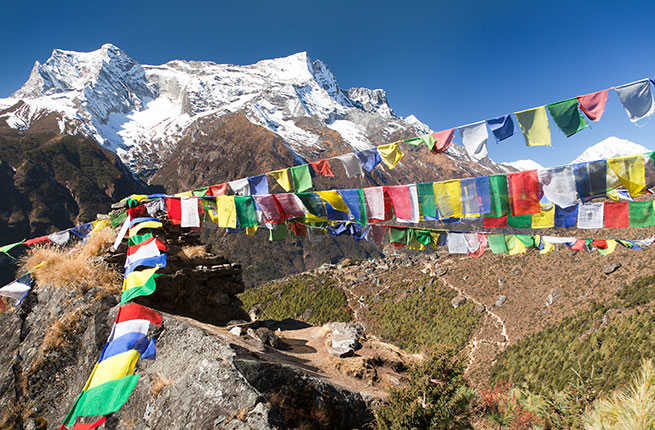 WHERE: Solukhumbu, Nepal
Fans of this six-part miniseries don’t need to put their lives at risk to get a memorable Everest experience. A three-day trek (Sherpa guide and porter included) from the Tenzing–Hillary Airport (LUA) in Lukla is all it takes for thrill seekers to be face-to-face with the giant mountain herself at the Hotel Everest View. This 13,000-foot-elevation hotel was listed in the Guinness Book of World Records in 2004 as the Highest Placed Hotel in the World, and offers the best accommodations for adventuring (safely!) around the foothills of Mount Everest. Non-trekkers can still experience the views by booking a helicopter transport from LUA, where they’ll soon be dining warmly in front of an ancient Tibetan Buddhist inscription “om mani padme hum” carved into the walls of the hotel’s dining room while gazing out on panoramic views of Mount Everest.
PLAN YOUR TRIP: Visit Fodor’s Nepal Travel Guide 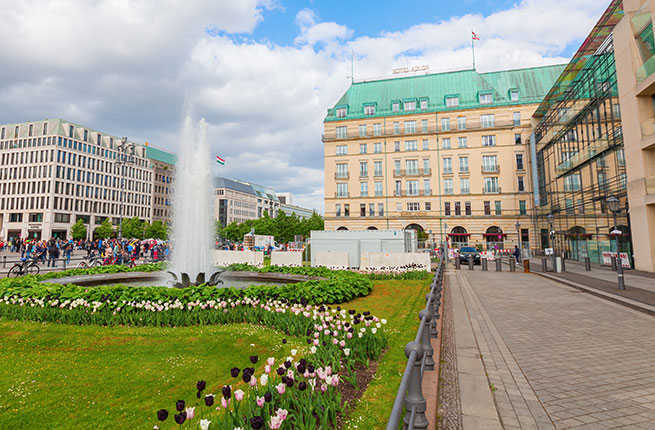 WHERE: Berlin, Germany
When Carrie Mathison moved to Berlin, Germany, in Season 5 to work as head of security for Otto Düring, she gave fans an entirely new city to explore. Check out Peter Quinn’s hiding spot on Revaler Strasse, grab a bite to eat at Restaurant Grosz AT Kurfürstendamm or at the Café Godot, and hold a clandestine meeting on a park bench in Monbijoupark to get the full Berlin Homeland experience. Stay at the Maritim Hotel Berlin (the real filming location for Carrie and Otto’s Lebanon hotel in episode 2) or at the Hotel Adlon Kempinski.
PLAN YOUR TRIP: Visit Fodor’s Berlin Travel Guide 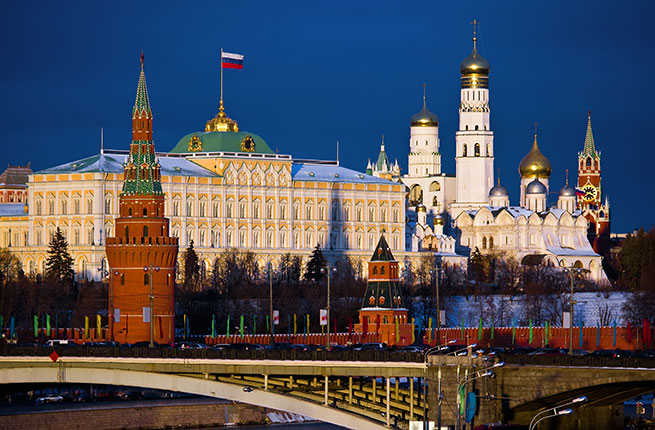 WHERE: Russia
While you could easily just hop a plane or train and head up to the northern Virginia suburbs of Washington D.C. to enter into the fantasy world of Elizabeth and Philip Jennings, why not do go all in and with a trip to Nadezhda and Mischa’s real homeland in Russia? Travel All Russia operates small group and private tours through the country, handling the visa process as well as everything from hotels and dinner reservations, but for a more heart-racing experience through the former Soviet country, book a motorcycle tour through Russia with RusMotoTravel.
PLAN YOUR TRIP: Visit Fodor’s Russia Travel Guide 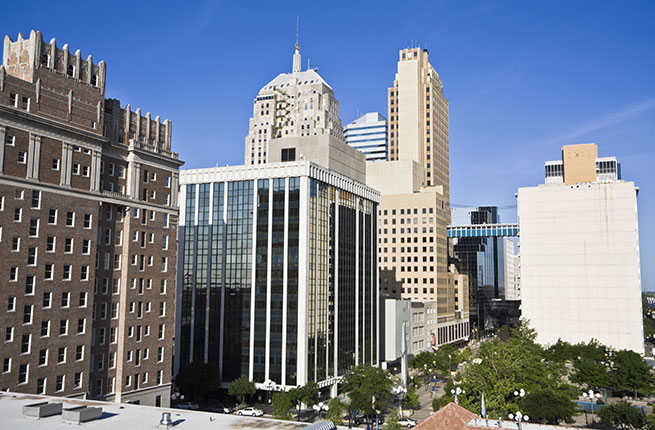 WHERE: Oklahoma City
Although anyone can head to Atlanta, Beverly Hills, New Jersey, or Dallas to walk the stiletto trodden trails of the most scandalous real housewives of season’s past, true die-hard fans of the Housewives franchise will get in early on the action of Bravo’s newest reality show by heading to the Bible Belt. Sweet Home Oklahoma premieres on Bravo and follows three blonde besties around Oklahoma City in the same Housewives’ fashion. Get a real taste for the city by stopping by Bleu Garten, Cultivar Mexican Kitchen, and Café Kacao before overnighting at the 21c Museum Hotel Oklahoma City.
PLAN YOUR TRIP: Visit Fodor’s Oklahoma City Travel Guide 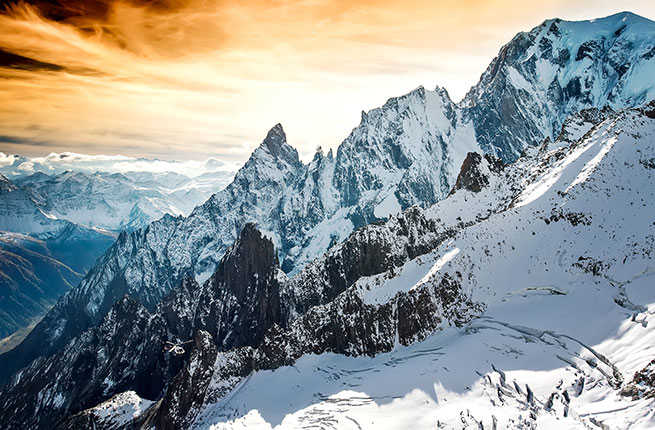 WHERE: Courmayeur, Italy
Despite the fact that the center of this petite Italian village is car-free, Courmayeur acts as the perfect base for living out Top Gear fantasies. The town is situated at the bottom of Mont Blanc, and is the official starting point of the Maserati range’s custom test drives. Beginning at the swanky Maserati Mountain Lounge on the via Roma, car enthusiasts can book a time to test out the Italian brand’s best, including the new Levante. Drivers will be among the first to see how its Q4 intelligent AWD handles those tight Alpine turns. Stay at the Grand Hotel Royal e Golf.
PLAN YOUR TRIP: Visit Fodor’s Courmayeur/MonteBianco Guide

WHERE: Moab, Utah
The futuristic Western-themed park Westworld may be the stuff of fantasies, but the setting for this hit show is quite real. Many of the show’s exterior shots were taken in Moab, Utah, around Dead Horse Point State Park and Canyonlands National Park. Plan a road trip along State Route 128 to retrace the route the tourists took to enter the park (hint: the film crew attached a train car set to a flatbed truck and drove it up and down Route 128 to film the scenes). Book a yurt in Dead Horse Point State Park to see the background from the Man in Black’s perspective.
PLAN YOUR TRIP: Visit Fodor’s Moab and Southeastern Utah Travel Guide