Here we will discuss travel secrets and answer questions you have.

To this you might say, “Audrey, these aren’t secrets! In fact, everyone already knows the answer to this, and if they don’t, they can easily access it online by doing a simple Google search.” And to this I say: No! Here we go.

Let’s talk about my favorite travel subject: science. A question you might have if you are a perfectly reasonable adult with a job and life, like I am, is: Why does the Pirates of the Caribbean ride at Disney parks smell so weird? This is a perfectly normal thing to think about for long periods of time during a normal day. Lots of people do!

“This doesn’t smell like regular water, or even regular pools,” I think every time I board the little boat when it’s my turn to ride the ride. “Why’s this water weird?” I demand of whoever is with me. 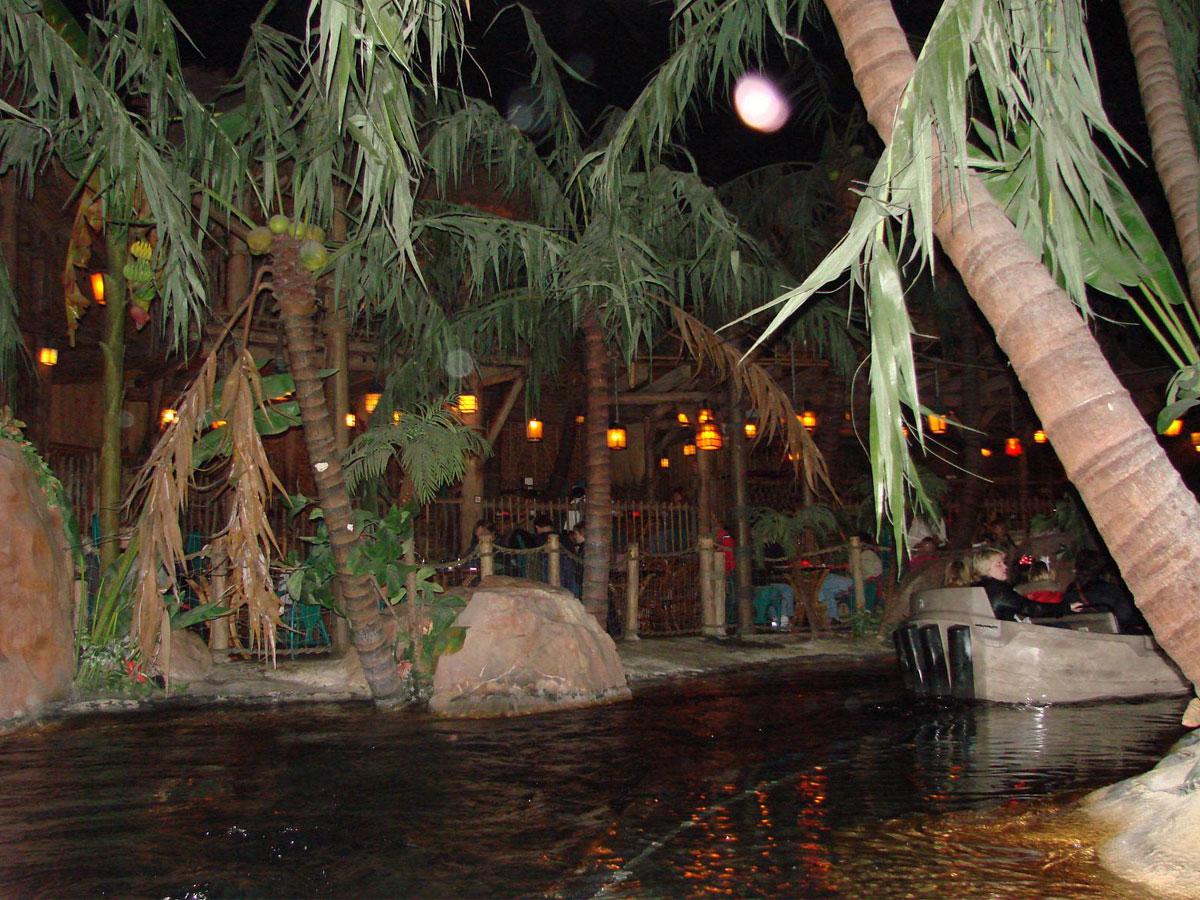 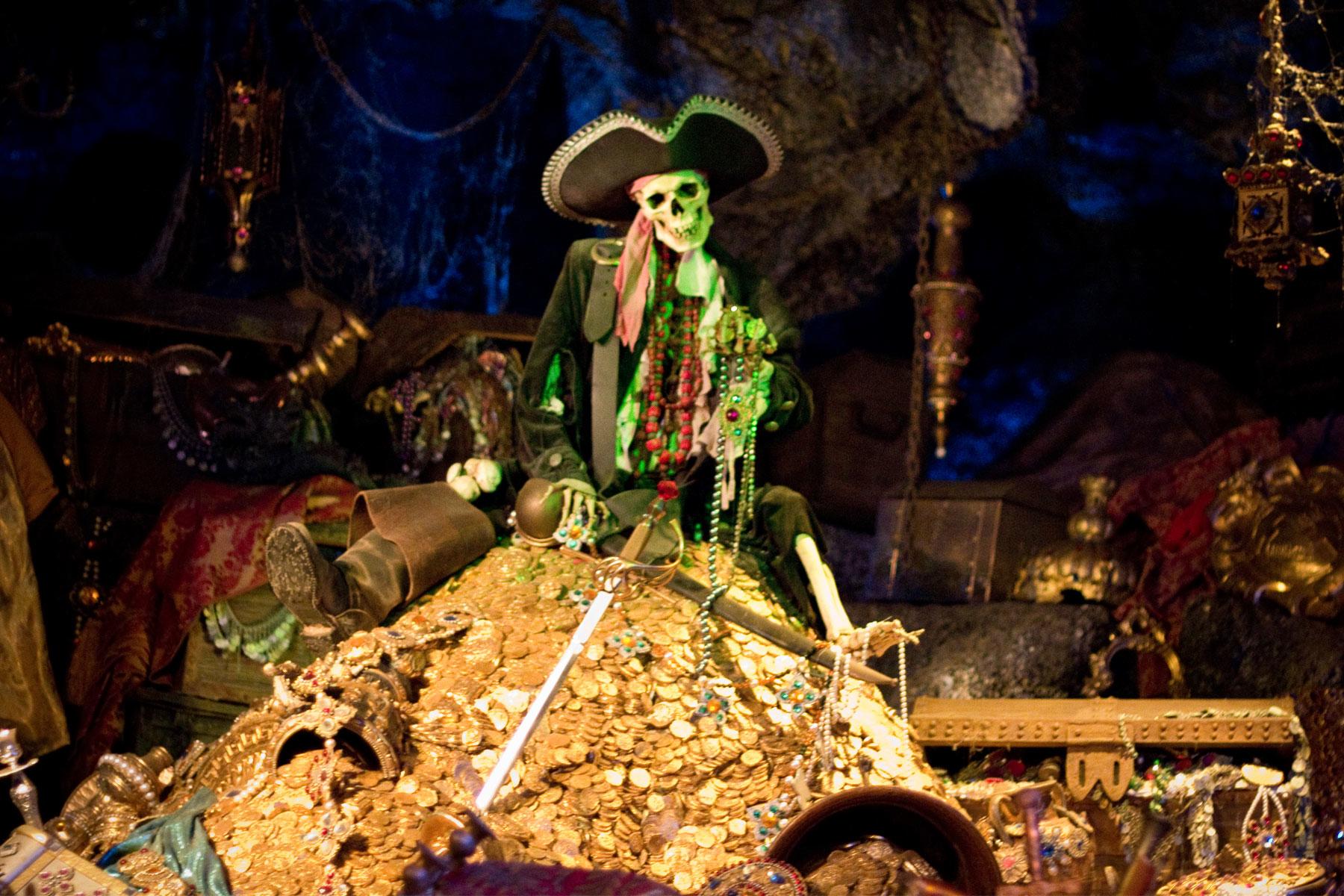 It was extremely important to me that I figure this out; if not for me, then for the rest of the world. I spent many hours during the day doing research, but initially, I was getting nowhere. Also, it is to be noted that I attempted to ask Disney directly, and they responded with this statement:

“Regrettably, this type of information is proprietary and cannot be released.”

I was going to have to dig deeper and figure this out all on my own. Finally, after many hours and months of extensive research,* I found answers.

[*Editor’s Note: “Extensive research” is subjective to the writer. We think she probably spent 45 minutes researching this over a period of around three months, and mostly she just watched the same YouTube video of the entire ride of Splash Mountain–which isn’t even the ride she was supposed to be writing about–followed by doing a Google search.]

Let’s bust some myths, people. Several possible things we suggested to me regarding this strange water ride smell, but mininformation has been circulating this important subject matter for many years. Turns out everybody had an opinion on this relevant discussion. Here are those opinions.

Sure, Disneyland is known for infusing scents into the air throughout their parks, and this ride is no different. “The scent at the part where the pirates are shooting cannons at each other from their ships is gunpowder,” a coworker told me. And I was like, “Cool, that’s good to know.” But that definitely isn’t the main smell.

Verdict: Is this the smell? No. It’s there–but it’s not why it the Pirates of the Caribbean ride smells weird.

If you do an online search on this important topic that everybody thinks about, you’ll find at least 1,000 people making the argument that the smell is partially coming from the Blue Bayou restaurant, which is located right at the beginning of the ride as you float on by in your little boat. “The smells are just that of the chlorinated water your boat floats on and perhaps from the Blue Bayou restaurant,” they all say. This is absolutely ridiculous for several reasons. First of all, as we have discussed, the ride is not cleaned with chlorine–it’s cleaned with bromine, which is the main source of the smell. Also, come on, the restaurant is absolutely not making this smell. Though I have absolutely no proof, I will offer you this: Restaurants have food in them. Sure, they use chemicals to clean things, and sometimes a kitchen smells weird, but this strange water scent is not coming from a restaurant. It’s coming from the water. Give me a break with this. I don’t want to hear it anymore!

Verdict: Is this the smell? No. Stop. I guess it’s possible that the smells from the restaurant add to the smell, but they are not the main smell.

Everything is constantly damp inside of this ride. It’s a water ride. And where there is dampness, there is mildew. There is a lot of mildew in there. So, mildew contributes to the smell of this ride, sure.

Verdict: Is this the smell? I guess it’s part of it. Sure. Yeah! Sure.

Dry ice generates fog. The smell of dry ice is prevalent on the ride. It is definitely there. But just because it’s there doesn’t mean it’s contributing to the weird smell, but maybe it does.

Verdict: Is this the smell? I don’t know. Probably? I have entirely confused myself.

This is why it smells weird. This is the whole reason. The smell is due to how the water is cleaned. It is not cleaned like regular pools. Regular pools usually disinfect the water inside of them using chlorine–but not Disney. They use bromine, which is a fancy, more expensive, and much milder smelling chemical (and is not as harsh as chlorine when it hits your skin or clothing). This is important because if you ride this ride, you usually end up getting a moderate to large amount of water on you at some point in its duration. Also, bromine generally cleans the water better.

Why then don’t all pools use bromine if it’s so great? Great question! Literally, the answer is just because chlorine is cheaper. And Disney can afford to pay more for this nicer, better cleaning method, and does so to better accommodate its guests.

To some, just knowing the answers isn’t enough, however. Some knowledge seekers wants more–they want to smell like the ride for some reason. If you’re in that extremely specific group of individuals, I have great news for you: You can. Xyrena, a vegan, cruelty-free fragrance company based out of Sherman Oaks, has created a perfume called “Dark Ride,” and features smells of chlorinated water, fog, and a hint of mildew and damp ozone. 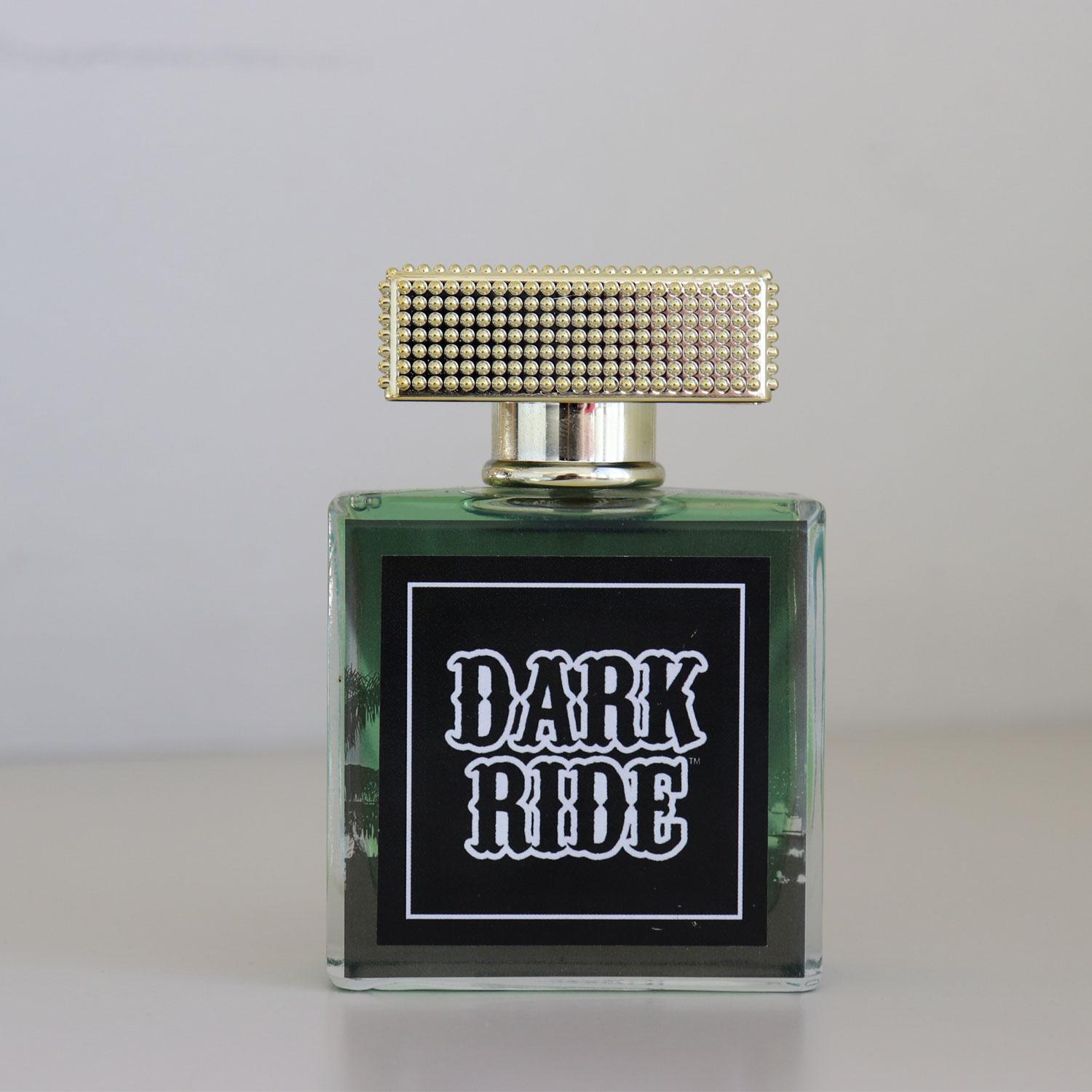 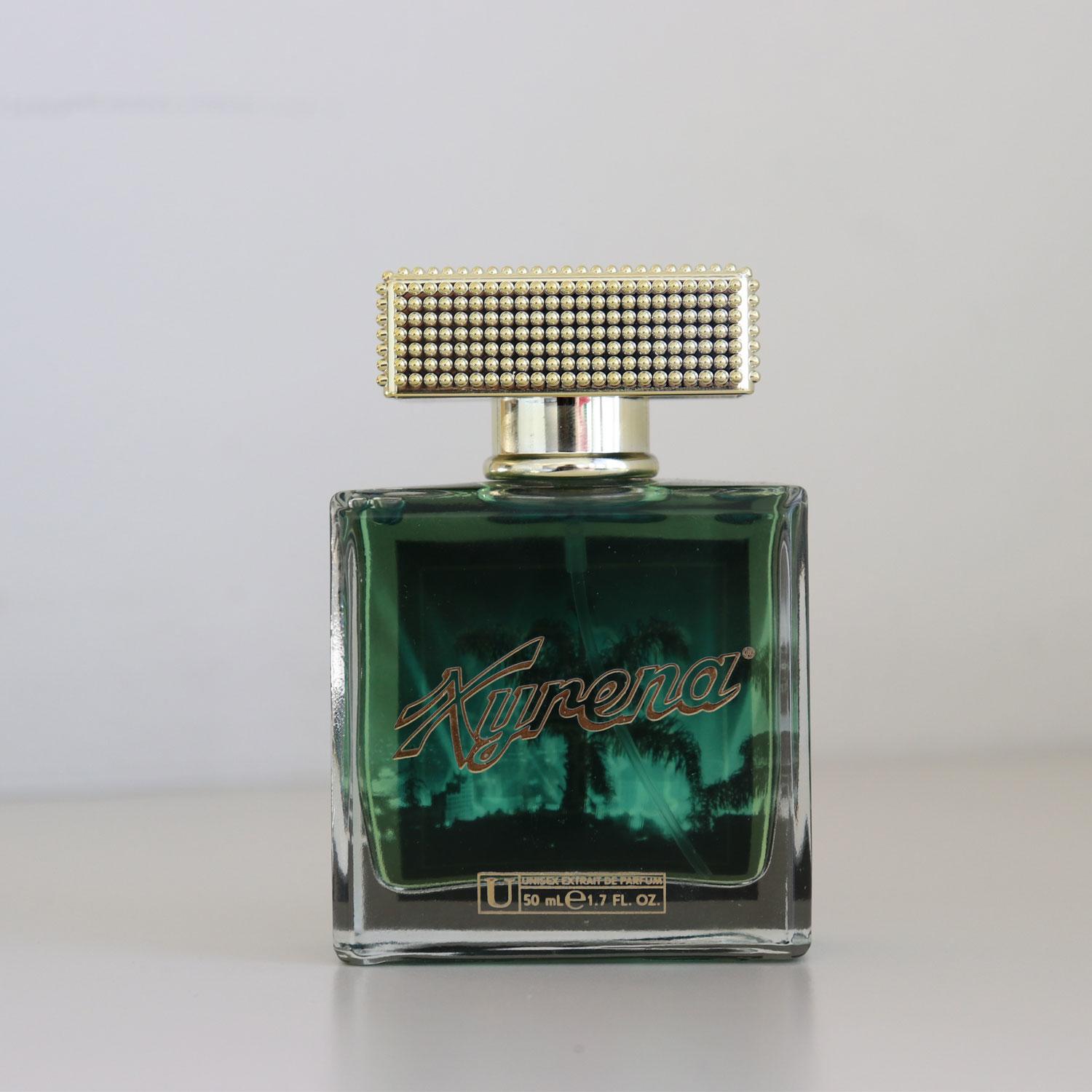 I interviewed its creator, Killian Wells, the CEO of Xyrena, below.

How would you describe the smell of this fragrance? What were you trying to recreate (as far as the particular smells of the Pirates ride)?

I describe Dark Ride as a dark, cold scent. It smells like musty chlorinated water and synthetic fog (like that from a fog machine). My intent was to capture the smell of the chlorinated water, musty mildew (because the water doesn’t get changed often), and the atmospheric damp fog in the air from the pyrotechnic/smoke effects.

What is in it?

The fragrance is comprised of about 30 different aroma molecules used in perfumery. To get technical a few ingredients include 2,6-Xylenol for a chlorinated (almost medicinal) note, Terpinolene for the fog note, with Coumarin and Pentadecalactone for a bright earthiness. Dark Ride is a unique fragrance because people tend to either love it or are repulsed by it – but even some who think it’s gross can’t stop themselves from repeatedly smelling it. Pentadecalactone is an aphrodisiac which could describe the addictive nature of the perfume.

What made you create this fragrance? What about this particular scent inspired you?

I’ve always loved water rides and have had a strange fascination with the scent of chlorine since I was a kid. Dark Ride combines the two.

Who typically buys this fragrance?

The Dark Ride consumer varies. Some people buy it to bring back childhood memories and others (like Disney fanatics) just love water rides and use the fragrance to feel like they’re at a park all the time. I personally wear Dark Ride as a fine fragrance, though it can certainly be an acquired taste for some.

I bet you were thinking that the article was over because what is even going on at this point? And to this I say: No way, pal. It’s not over yet–because guess what? That’s right–I was lucky enough to snag a sample of Dark Ride. In order to conduct research for this article, I wore this fragrance for a week at the request of my editor.* This is what happened.

[Editor’s Note: This was never requested.] 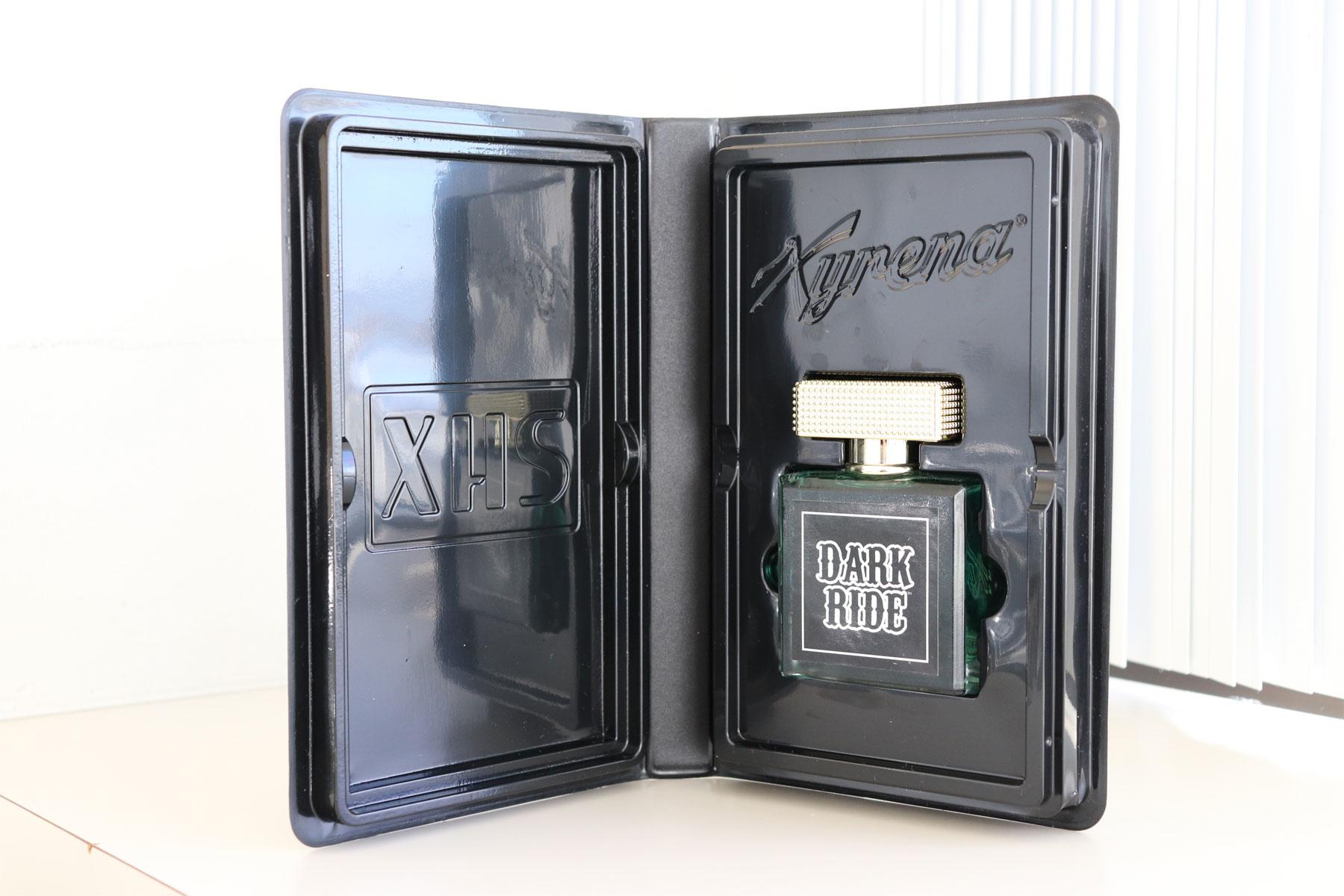 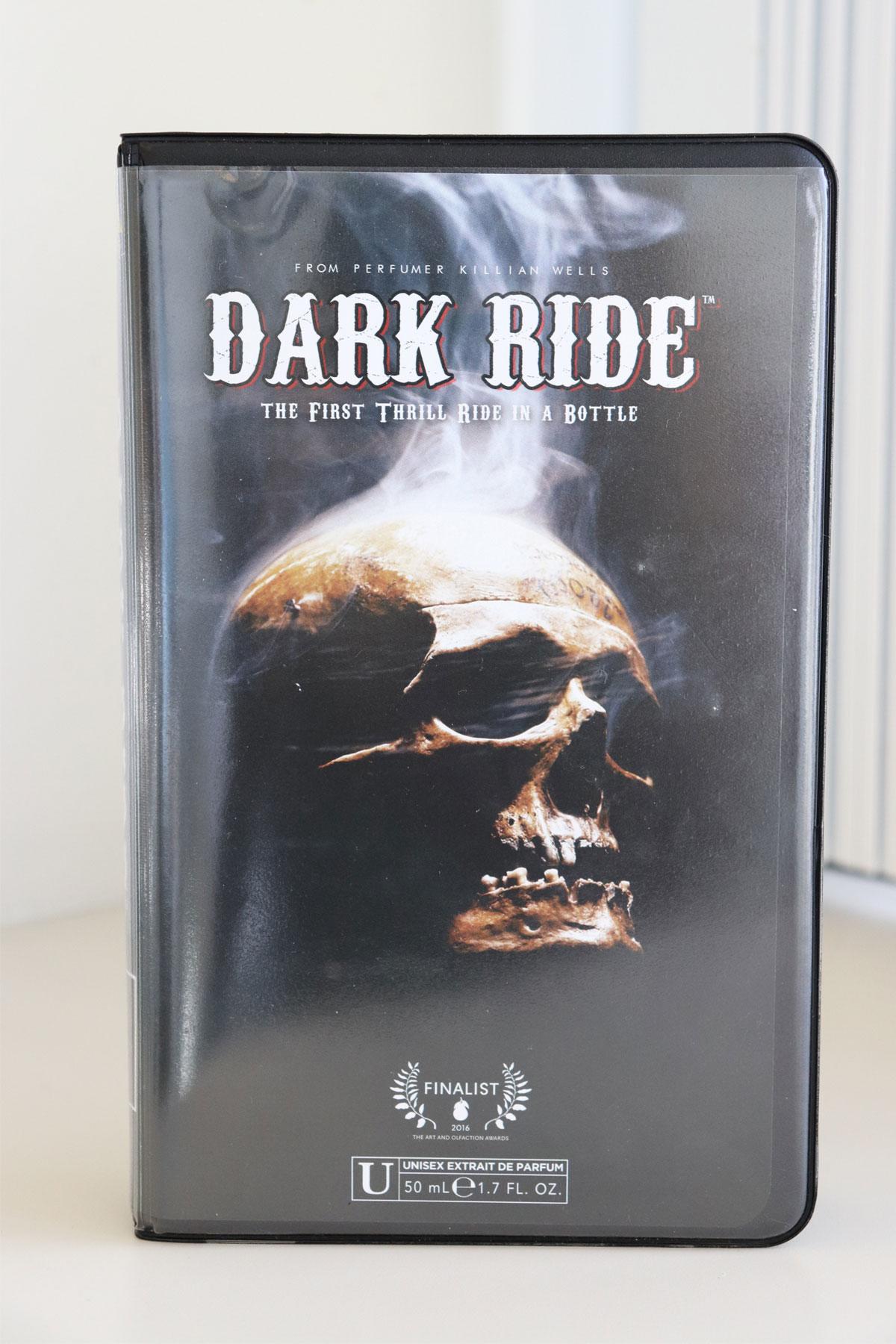 My coworkers immediately asked me not to wear this again to work because we are an extremely close and controlled environment.

I wore the perfume again, thinking maybe no one would notice. “What is that smell?” one of my coworkers asked about 45 minutes after I arrived.

“I don’t know,” I said, convincingly.

She stared at me. “You’re wearing that perfume again, aren’t you?”

Everyone was mad at me for the rest of the day.

I put a little bit of the perfume on. I made it to about 2 p.m. without anyone noticing the smell, because I avoided going near anyone, but then the same coworker from the day before caught me in the kitchen as I was making my lunch and said, “It smells like mildew in here,” I just stared at her, and she said, “Dang it, Audrey!”

I smiled and she walked away, angry again.

My coworkers made me promise to stop wearing this fragrance to work on this day. Apparently, it was really upsetting everyone, and not just in a funny way, but like in a way of, “Please don’t make our office smell like a water ride with mildew on it,” because apparently an office is not the best place to wear this fragrance.

You have been warned.