Countries routinely warn their citizens about the dangers of U.S. travel but underestimate the potential threat of police brutality.

“You know, other countries have travel advisories for the U.S., too,” I told my seatmate on a flight to Mexico after he took on a condescending tone about the topic. He clutched his metaphorical pearls in shock. Somehow I suspect he’s not the only American who consults State Department travel recommendations and yet finds it unfathomable that other countries would issue warnings about us.

When he asked for an example I had no shortage of warnings to choose from. For years, other countries have advised their citizens about U.S. travel. They range from cultural faux pas, like Austria’s cautioning against topless sunbathing, to more serious warnings about terrorism and gun violence.

It makes sense that countries around the world would give detailed guidelines to its citizens heading abroad, but when it comes to the U.S., one crucial piece of advice is missing: how to handle encounters with law enforcement. 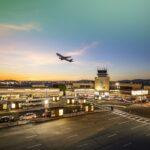 Following two high-profile police killings in 2016, the Bahamas became the first—and so far only—country to tell its citizens to “exercise extreme caution” in interactions with the police. “Do not be confrontational and cooperate,” the advisory instructed.

Besides the fact that travel advisories are often seen as a political move to make a statement or pressure another country, it would also be grossly negligent not to warn travelers of this potential danger.

It was an undoubtedly good move, but I didn’t realize how important it truly was until I needed to give similar pre-trip warnings to my Afro-Latino boyfriend. Last year, when I moved to Colombia to be with him, he gave me the tips and tricks I needed to stay safe in his hometown. When we decided to visit my family in Florida, it was my turn to return the favor. My boyfriend is a well-traveled man. He’s also Black, and this trip would be his first time in the U.S. As a Black woman, I knew my guidance would be incomplete and irresponsible if it didn’t include concrete instructions for handling police interactions.

If countries around the world issue such detailed travel advisories, why omit the very real threat of police brutality? Even before the recent killing of George Floyd and the protests that have followed, there was an overwhelming amount of evidence to support the need for this kind of travel alert.

Since the government makes little effort to collect this data, these numbers are according to Mapping Police Violence, a source often cited as the most comprehensive index of police brutality. Even so, these numbers only represent known police killings from crowdsourced databases. Killings by vigilantes and security guards who are not off-duty cops are not included. Imagine how much higher the numbers may truly be.

To put these numbers into perspective, an ongoing report kept by Vox shows that 2,646 Americans have died in mass shootings in the same time frame between 2013 and 2019. If this tragic number is a cause for concern, and rightfully so, then why are countries ignoring the also alarming rate of police violence?

Despite the Best Efforts of Black Lives Matter and Other Activist Groups, the Numbers Are Not Getting Better

Black Lives Matter may be the household name that sparked a larger national conversation about police violence, but activists have been fighting this fight for decades. Some tangible changes have been made, like the increased use of body cameras, but the number of officer-involved deaths remains steadily above 1,000 every year.

The Police Use of Force Project recently analyzed 100 of the largest police departments in the U.S., using data from 2015 and 2016. The organization found that departments experienced a 15% reduction in police killings for each use of force restriction put in place. The officers in these cities were also less likely to be assaulted or killed in the line of duty. It’s a win-win situation. The problem? Not enough departments are implementing policies such as requiring de-escalation and verbal warnings before using deadly force.

If ignorance of the law can’t save tourists from prosecution, there’s no reason to believe that it could spare them from becoming the next victim of police brutality. The situation is not improving, and travelers in the U.S. must know their rights, along with the norms of law enforcement encounters in order to protect themselves.

According to Mapping Police Violence, 99% of police killings between 2013 and 2019 did not result in criminal charges for the officers involved. And these are only the statistics for killings. Many other forms of police brutality exist, and they often go unpunished as well.

Without any sort of nationwide record-keeping for law enforcement officers, it’s widely known that cops can jump from one police department to the next even if they had been previously fired for excessive use of force. The doctrine of qualified immunity even makes it so that officers cannot be personally sued for violating someone’s legal rights.

The combination of these factors leaves little incentive for police officers to not overstep their bounds when dealing with the public.

Black and Latinx People Are Disproportionately Impacted by Police Brutality

Black people make up only 13% of the American population, yet they represent 24% of police killings. This translates to Blacks being three times more likely to be killed by police than whites. They are also 1.3 times more likely to be unarmed when killed by police than whites. In eight of the largest 100 police departments, officers kill Black men at a rate higher than the national homicide rate. And in case your mind drifted to a place tainted by stereotypes, the rate of violent crime in a city does not correlate with the overall rate of police killings. Essentially, there’s no excuse for police violence other than systemic racism, implicit bias, poor training, and a whole host of other deeply-rooted issues.

When the Bahamas issued its 2016 travel advisory, I have no doubt that officials thought specifically of their country’s population, which is around 90% Black. While I’d give the “police talk” to anyone traveling in the U.S., my boyfriend’s race certainly played a role in my sense of urgency to warn him of this potential danger.

Countries with majority-Black populations should consider issuing a travel advisory about police violence, but so should Latin American nations. After Blacks, the Latinx population ranks second in being disproportionately impacted by police violence. Considering that many Latinx people also identify as Black, these countries need to advise their citizens appropriately.

No Other Developed, First-World Nation Sees Such High Numbers of Police Brutality

The global PR scheme known as the American Dream has so many in the world convinced that the U.S. is a beacon of freedom, democracy, justice, and opportunity. And in many ways it is. As an American who has traveled fairly extensively, though, I can’t help but feel that my home country pales in comparison to other developed nations. For the sake of staying on topic, I’ll ignore our abusively expensive higher education, our growing income disparities, and our rising maternal mortality rates (mostly driven by mistreatment of Black women). We like to win, and when it comes to police brutality, the U.S. is number one. In 2015, The Guardian compared police killings in the U.S. to those of other first world countries. In every matchup, the U.S. comes out on top, but in a bad way.

It’s sad to say that Americans are used to this reality. The advice given by the Bahamas comes naturally to us in addition to moving slowly, announcing what you’re doing when reaching for your ID, and other precautions. For travelers, not knowing this information could be deadly, especially for those from countries with more peaceful relationships between citizens and law enforcement.

It has taken way too long for the U.S. to finally wake up to the racism embedded in our society, but at least we’re here. This is a start. Our imperfections are on full display now more than ever, and it’s time for other countries to formally recognize this with a travel warning for police violence in the U.S. Besides the fact that travel advisories are often seen as a political move to make a statement or pressure another country, it would also be grossly negligent not to warn travelers of this potential danger. The idea isn’t to scare them away from exploring the U.S. but to prepare them just in case.

And while the focus is currently on the U.S., and with good reason, let’s not forget that racism plagues every corner of this planet. As I see people outside of the U.S. hosting their own marches in solidarity with the Black Lives Matter movement, I hope they also work to address the racism within their own countries.