Ensure your staycation goes swimmingly no matter the season.

Faced with the onset of summer, canceled vacations, safety concerns amid a pandemic, and a quarantine that was lasting far longer than anyone imagined in a house without central air, Los Angeles couple Carrie Borzillo and Eric Pritchard invested in a blow-up kiddie pool, mixed up a pitcher of colorful cocktails, and poured themselves into their new backyard oasis. Unfortunately, this inflatable fix was no match for the temperature that would later rise into record triple digits.

“We were dying in our house. The kiddie pool was awesome at first, but it kept getting hotter and you can only cover so much of yourself. By that point, we’d caught the pool bug anyway,” says Borzillo, a freelance writer and producer. “I kept complaining that I wished we had a pool or that we should rent an Airbnb nearby that had one. My husband started Googling and voila! He found Swimply. Neither of us had any idea it existed before that, but now we’ve done it four times in four different pools. He used it to shoot an underwater scene for a music video. We’ll likely use it for nighttime hot tub dates this winter. We’re addicted.”

They aren’t alone. This summer, Swimply, aka the Airbnb for hourly private pool rentals, welcomed more than 110,000 swimmers compared to last summer’s 20,000. Since a 2018 trial run and the official launch in 2019, the inventory of active pools jumped from 100 to 8,000 in 30 states including Florida, Utah, Massachusetts, Nevada, Vermont, Texas, Oregon, Illinois, and Hawaii (there are also 500 more plunges in Australia). 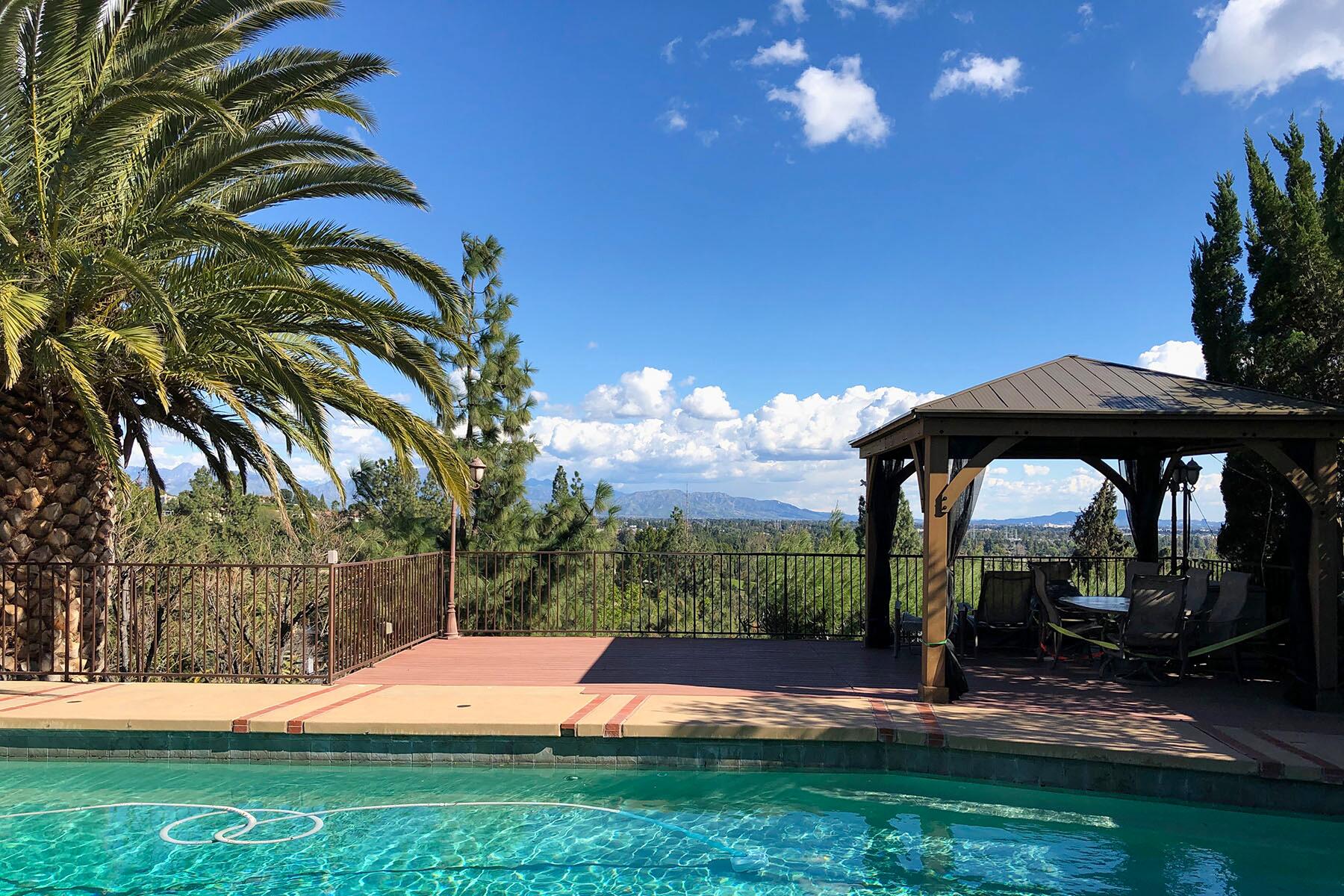 “The majority of reservations are hyper-local with the average distance between a guest and a pool being six miles,” 23-year-old founder Bunim Laskin explains. “Repeat usage also indicates that it’s not so much a vacation platform like Airbnb as it is a product that improves everyday life. The goal of Swimply is to give renters the joy of private pool ownership or resort-like amenities without them needing to spend thousands of dollars to build one and thousands more to maintain it. It’s about enhancing the quality of life for average families.”

He’s confidant he knows what users want. And he should, as he and his 11 younger siblings were technically Swimply’s first customers in Lakewood, New Jersey, back in 2017.

“That year my mom had her twelfth child so we didn’t have the means to send anyone to camp or go on vacation and that brought me to the point of desperation,” Laskin recalls. “I asked our neighbor if my family could use her swimming pool when her grandkids weren’t over in exchange for paying 25% of her expenses. She was so happy with that arrangement that she got five other families to make the same deal. Her pool expenses were covered and she started turning a profit. I figured other people would like this kind of arrangement because pools are expensive to keep up and most people aren’t using them 24/7.”

He believed in his stroke of genius enough to drop out of college. He went on Google Earth and located 80 pools in his area. And then hit the ground running…literally. “I started jogging around, knocking on doors, and making my pitch. Four of those houses said ‘yes’ and we launched the platform with them,” he says. “Those four became 50, and 50 became 100 pools. The website eventually crashed after a couple hundred reservations, but we used that to raise the money to re-launch officially.”

The platform works similar to Airbnb in that the first step is property inspection and owner vetting. Customers search by location and scroll through pages of photos and listings customized by the owner to reflect their pool’s type (saltwater or chlorine), dimensions, privacy level, cleaning schedule, and amenities like slides or childproof gates. The listing will tell you what other furniture or parts of the yard are available for use (i.e. outdoor changing rooms, bathrooms, grills, chaises) and if there are added charges like heating or hot tub usage. 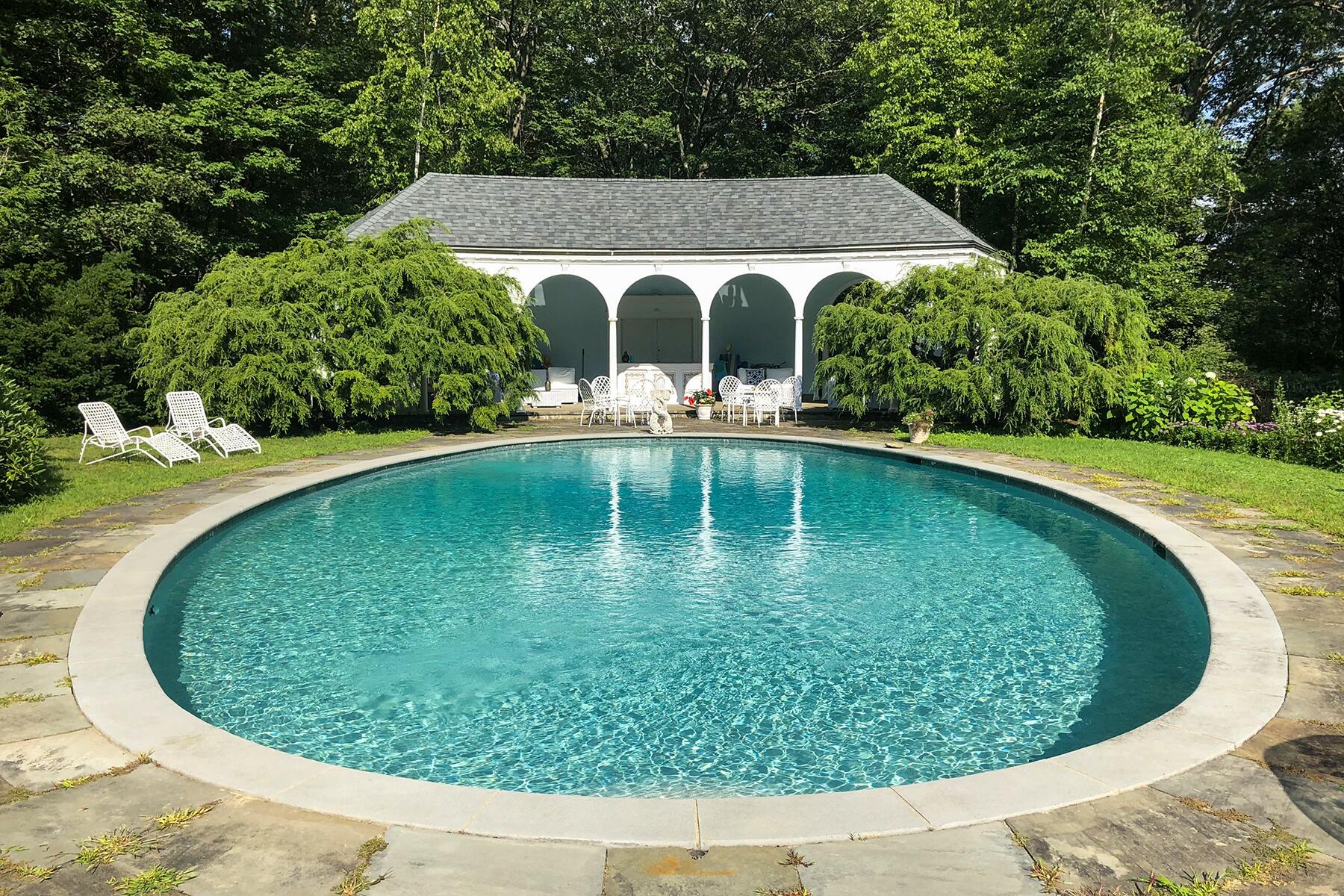 “We loved the beautiful assortment of pools in cool neighborhoods. They were all different and that was part of the fun,” Borzillo says. “You could see the Hollywood Sign from one. One had a huge snack section and bottled water. Another had tons of pool toys and floats. For us, everything was as advertised every time, but my advice is definitely ask all your questions in advance. Especially about turning on the heat or the hot tub.”

Owners set available dates and hours, prices (the average is $45 an hour), and rules regarding things like booze, music, and skinny-dipping. Renters are welcome to negotiate terms or extras like Pritchard’s filming or hosting a bachelorette party, but the owner reserves the right to not accept reservations or make exceptions. Once it’s booked and paid for through the app, you’re sent the address and directions on how to enter the backyard.

“Most of the time it goes really smoothly; I can just set it and forget it,” says Missy Jenkins, a healthcare policy consultant who started renting her plunge and Jacuzzi in Alexandria, Virginia, this August. “I try to leave people to their privacy, but there have been things I have had to manage like a father who was letting the kids at his son’s birthday party do flips off the slate rock or some guys who were breaking my rule about drinking and getting rowdy. To their credit, I went out and said something and they quieted down.”

Swimply grew at a respectable clip from the get-go, but there is no question that Laskin’s water baby was the fortuitous recipient of a huge pandemic push. 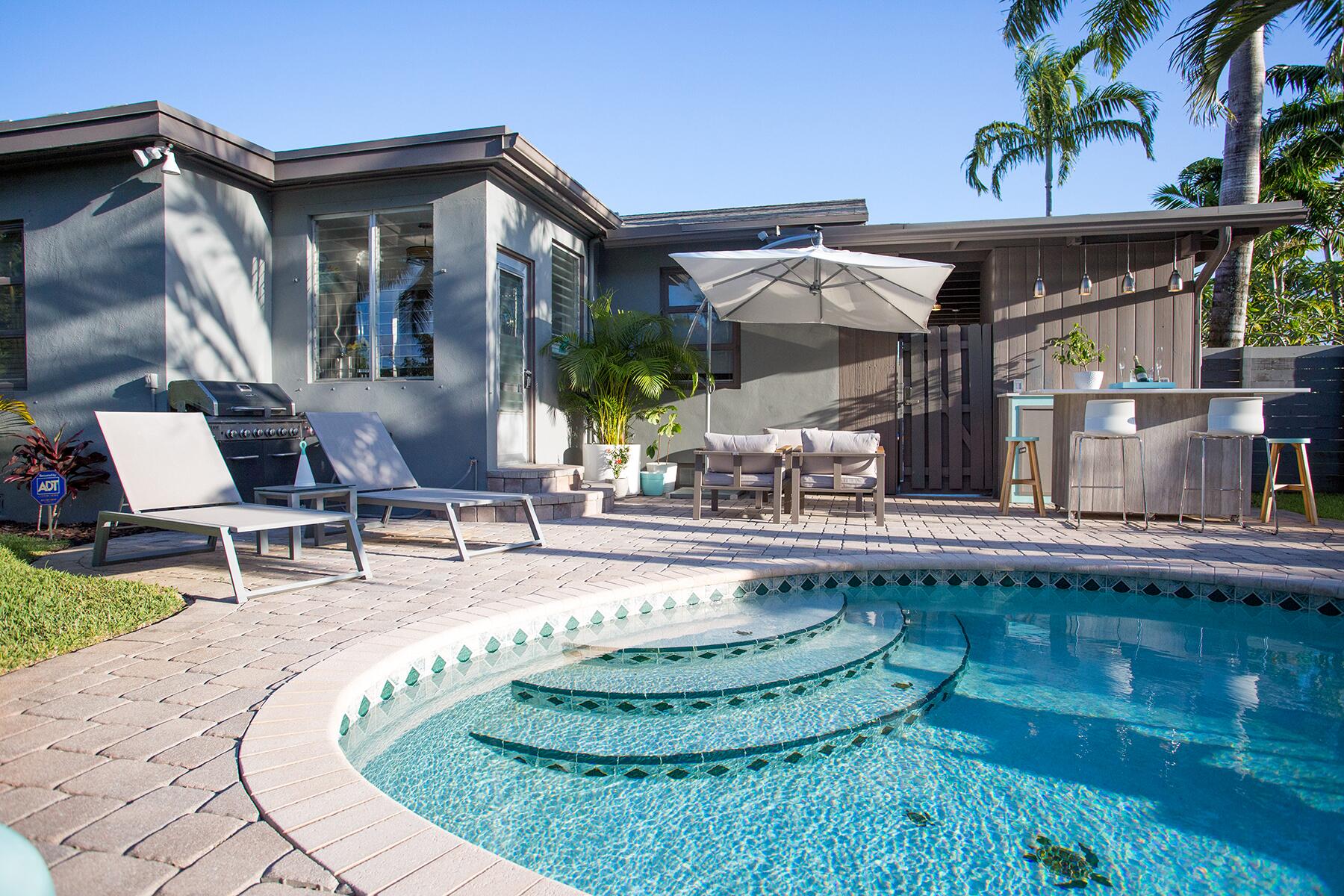 “We couldn’t have predicted the difficult times our country is in because of COVID and I wish we weren’t, but I can’t deny that travel and shelter-in-place restrictions support our self-serve, contact-free business model,” Laskin says. “People are bored of their houses and there were very limited options for entertainment. They were looking to find safe, fun ways to get out of the house and enjoy their day, especially during the summer when kids were out of school and they would usually be taking a trip while controlling who they spent time around for health reasons. Others were looking for exercise options since gyms were closed in a lot of cities. And in the current climate, lots of people were looking for additional revenue streams, so we added some great pools.”

After the CDC deemed chlorine a COVID-19 killer and public pool usage low-risk, Swimply implemented a variety of different policies, often depending on where the pool was located and if that city/state was a hot spot, to make the service safer during the cruel spring and summer of 2020. Examples include capacity limits, mandatory buffers between bookings, and disinfection protocols. Laskin says, “We tried to educate our hosts on what they could do to limit the chance of infection. Our owners are pumped to be making money, but they were also very excited to be able to help families in their community.”

Jenkins, laughing, admits it was all about the Benjamins when she decided to give Swimply a whirl, but hearing “kids squealing” and “seeing parents relaxing” or watching a bridal shower unfold has been a bigger reward than she anticipated. 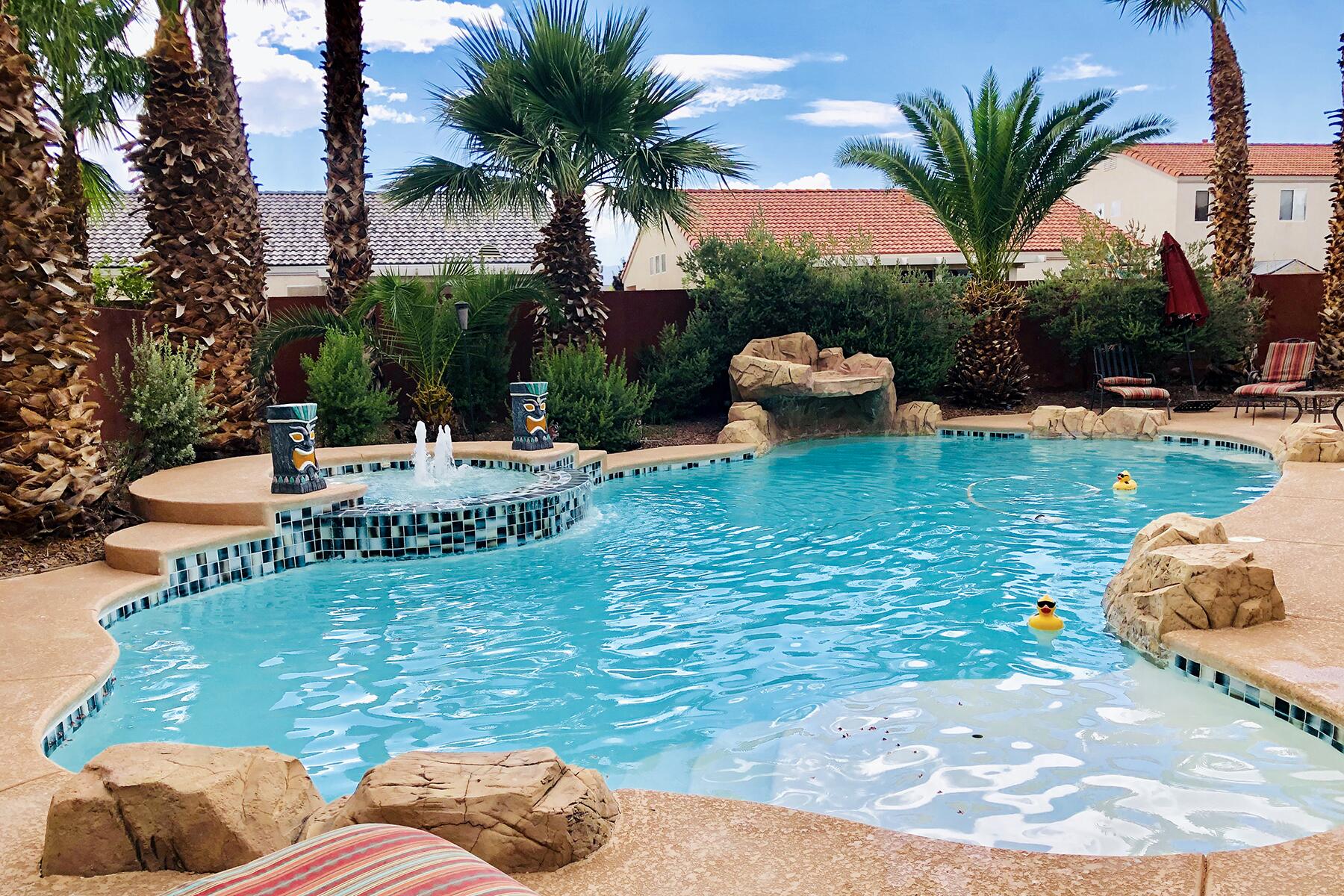 “This couple, repeat customers, booked on a day it was supposed to rain so I heated the pool,” Jenkins remembers. “I thought surely they’d cancel but they showed up with their floats and got in. They looked asleep they were so relaxed. It started to rain and they were so comfortable that they just kept floating. To be able to play a small part of creating a moment like that is special, especially given how hard this year’s been.”

That’s not to say it hasn’t been lucrative as well. Swimply says multiple owners report five-figure monthly earnings at the height of the heat. The company itself is on track to collect more than $5 million in revenue this year. In two months, Jenkins earned enough to pay for the maintenance, turn a profit, and make some upgrades including adding heat lamps and a “mac daddy heater” that will hopefully turn her summer Shangri-La into an all-season oasis. “Thinking about adding a fire pit too and trying to tap into the hydrotherapy market. I know it won’t bring in the same amount of business as summer, but it can be very romantic and toasty back there so I hope some will keep coming.”

Laskin is also looking to diversify and he’s betting that the same pandemic ramifications and surge in staycations will help his second rental app make a similar splash as Swimply. Scheduled to launch in select cities like L.A. in February, and then throughout the U.S. in the next 12 months, Joyspace will allow users to rent private tennis and basketball courts, grand backyards, docked boats, and decked-out home gyms by the hour.

“The people who build these things are really passionate about them, but there are other people who have the same love of basketball or working out but they don’t have the same economic privilege,” Laskin says. “With Joyspace, as with Swimply, we’re truly just trying to democratize luxury.”