News Ronny Maye Should You Cancel Your Vacation to an Area Impacted by a Natural Disaster?
NewsSix Caribbean Islands for Celebrity Spotting

There are more than 30 islands in the Caribbean, each offering a sun-drenched getaway when the temperatures begin to dip stateside. You’ll find everything from sugar soft sands and sizzling nightlife to pampering resorts and barefoot beach bars. So little wonder when celebrities want to get away from it all they make a beeline to these laid-back tropical islands. Here are six Caribbean islands where in addition to seagulls, sea turtles, and salamanders you just might spot a superstar. 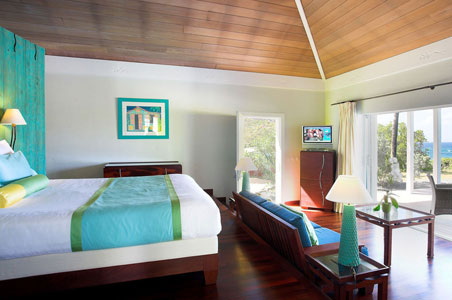 Located in the French West Indies, St. Barthélemy or St. Barts has long been a playground for the jet set. Swim on beaches like Anse Salines and St. Jean, dine in beachfront bistros, and shop in the designer boutiques in the port of Gustavia.

Where to Stay: Though many folks like Russian billionaire Roman Abramovich stay on their yachts (whose parties attract all the stars) or in a private villa such as the cast of Real Housewives of New York recently did, one of the top hotels is Hotel Guanahani and Spa, where the guest rooms are scattered among pastel-colored gingerbread cottages. After a day in the sun, hit the Clarins Spa for an aromatherapy massage.

Where to Eat: Bruce Willis and Jay-Z love the terrace of the Carl Gustaf Hotel on a hill overlooking the harbor. Expect plenty of lobster, caviar, and champagne cocktails. Another hotspot is Do Brazil on Shell Beach; menu items include salad nicoise and mahi mahi in a Creole sauce. 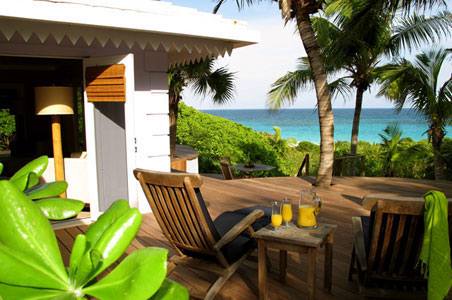 Island-hop through this archipelago where you can lounge on pristine beaches, stay in elegant resorts, and enjoy a myriad of water activities ranging from sailing and snorkeling among the coral reefs to deep-sea fishing and scuba diving.

Who Goes: Cindy Crawford, Oprah Winfrey, Martha Stewart, Mariah Carey and Nick Cannon, and Lenny Kravitz, who owns a home on the little-visited island of Eleuthera.

Where to Stay: Rooms at the British colonial-style One and Only Ocean Club on Paradise Island feature four-poster mahogany beds, and balconies. Cindy Crawford married husband Rande Gerber on the beach here. Susan Sarandon has stayed in one of the charming cottages at Pink Sands, which is located on, yes, a pink-hued stretch of beach on Harbour Island.

Where to Eat: On Harbour Island, Robert de Niro and Diane von Furstenburg have lunched at Sip Sip, a fun lime-green café; the menu features spicy conch chili and frosty Kalik beer. Brooke Shields is a fan of Graycliff Restaurant, located in an elegant 18th century mansion on Nassau. Try the Bahamian lobster in a cream sauce with a bottle of wine from the well-stocked cellar. 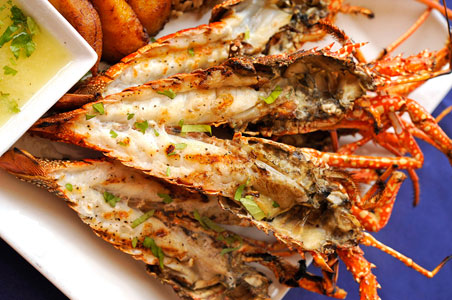 A-listers flock to Anguilla because there are no high-rise resorts or casinos. Instead, the island offers posh boutique hotels, postcard-perfect beaches such as Shoal and Mead’s Bay, and flavorful West Indian cuisine—think fried fish, crayfish and rum punches.

Where to Stay: Privacy-seeking celebrities have flocked to the Viceroy, a stylish resort with a saltwater infinity pool and the open-walled Sunset Lounge. Actor Orlando Bloom and model Miranda Kerr honeymooned here, and Sandra Bullock was spotted here with her son Louis.

Where to Eat: Michael J. Fox, Kevin Bacon and wife Kyra Sedgwick have been spotted at Straw Hat, which features dishes like lemongrass shrimp and grilled crayfish. Richard Gere has been to Scilly Cay, a private island where under a thatched roof, you can enjoy rum punches and Anguillian lobster, while a calypso band plays. And, yes, dancing is encouraged. 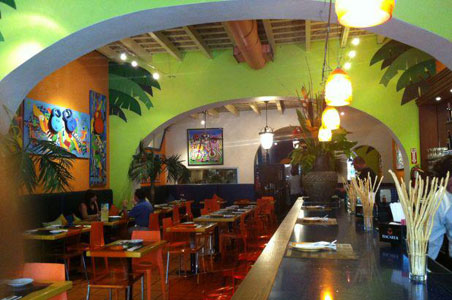 Getting away to Puerto Rico couldn’t be easier, especially since you don’t need a passport, and US dollars are accepted. After a day on the beach, explore Old San Juan with its charming cobblestone streets, and late night hit the casinos and salsa clubs.

Where to Stay: The Ritz Carlton, right on the ocean in San Juan’s fashionable Isla Verde neighborhood has hosted Jennifer Lopez and hometown hero Ricky Martin, both of whom have stayed in the Presidential Suite. San Juan’s hippest hangout is the Water and Beach Club, featuring minimalist rooms and the rooftop bar Wet, a perfect spot for mojitos and Medalla beers. 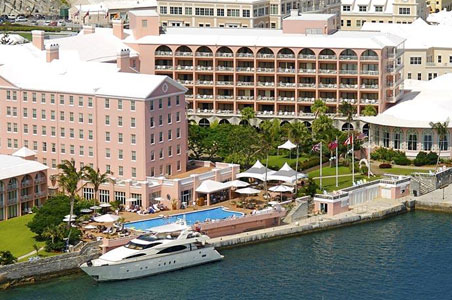 Step back to a more genteel era when grand resorts still offered traditional tea, men wore red shorts with blue blazers, and there were plenty of golf courses to enjoy before relaxing on pink beaches or spending a few hours in Hamilton, the capital city.

Where to Stay: Centrally located is the Fairmont Hamilton Princess, the island’s historic grand dame on 100 acres of tropical gardens. Its beachfront sister property, the Southampton, boasts a Willow Stream Spa and an 18-hole golf course.

Where to Eat: Housed in a 300-year-old inn is the Fairmont Southampton’s Waterlot Inn, with nautically-themed dining rooms and a steak and seafood menu. Adam Sandler has sampled the “rum swizzle,” an addictive blend of dark rum, grenadine, lime, orange, and pineapple juices at the casual Swizzle Inn, which offers casual pub fare. 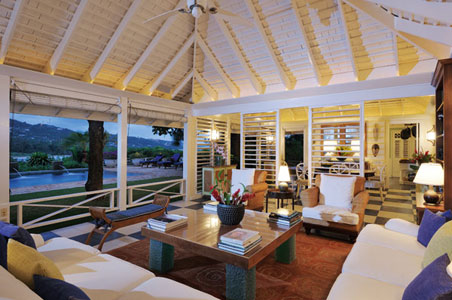 The Caribbean’s third largest island is known for its groovy reggae music, endless supply of rum, and laid-back vibe. And its beautiful beaches and historic resorts have long attracted Old Hollywood stars like Erroll Flynn and Grace Kelly.

Where to Stay: Famous names love to hole up at Round Hill Hotel and Villas, an exclusive resort on a former pineapple plantation near Montego Bay. For a more remote experience, there’s Geejam, a five-cottage hilltop hideaway in Port Antonio, located on the island’s undeveloped northeastern coast. Musicians Bjork and Gwen Stefani appreciate that it has its own recording studio.

Where to Eat: A Montego Bay institution is Scotchies, a rustic roadside eatery specializing in that Jamaican staple, jerk chicken, cooked in traditional open-air barbecues over pimento wood. Savor dishes like mussels in curry sauce and sautéed garlic shrimp at the Houseboat Grill, a moored double-decker boat in the calm waters of the Marine Park fish sanctuary.