Outside of Europe’s three main tourism capitals—London, Paris, and Rome—there are incredible things to see—and some great deals as well. If you’re contemplating taking advantage of the strong dollar (against the euro and pound) but have already explored the European big three, consider Brugge, Munich, Geneva, Barcelona, or Amsterdam. 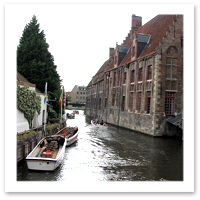 Long thought of as a Sleeping Beauty reawakened, Brugge is an ancient village whose heritage has been well preserved. However, the contemporary comparison is sometimes closer to Beauty and the Beast—particularly in summer, when visitors flock here in overwhelming numbers. Still, in the quiet, colder seasons, the city offers a peaceful refuge, and you can feel the rhythm of life centuries ago.

Take a walk back in time: the planning laws in Brugge have been very strict for many years, meaning there are few new buildings to spoil the illusion that you’ve waltzed back to another age. If you’re looking to experience every cliché about Belgium in one tidy package, Brugge is the place to find it: chocolate, lace, waffles, fries, beer, and Flemish stepped gables—all within steps of one another.

Question: “If you had to choose between spending 1 night in Brussels or 1 night in Bruges, which would you pick?” –Ruby 99 (see the full thread)

Answer:“Brugge in the evening is magical, the best photos we have ever taken were along the canals with the uplighting on the old buildings. The tourists leave and train back to Brussels, giving you the canal walks all to yourself. This is truly a unique and must see city.” –ibailey (see the full thread) 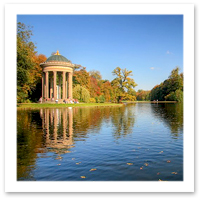 Known as the city of “laptops and lederhosen,” Munich is a place at once historical and progressive. When the first rays of spring sun begin warming the air, follow the locals to their beloved beer gardens. Those around you might work at one of Germany’s prestigious publishing houses, a top-notch digital postproduction company, or a world-class film studio. The concentration of electronics and computer firms—Siemens, Microsoft, and SAP, for example—makes the area a sort of Silicon Valley of Europe.

Frauenkirche, a 14th-century church tower, gives you a panorama of downtown Munich that can’t be beat. For a world-renowned collection of science and technology exhibits, visit the Deutsches Museum, then take a stroll on the lovely Isar River. At some point during your stay be sure to spend a lazy afternoon in Gärtnerplatz, 200 yards from the Viktualienmarkt (a unique culinary imports market), where you can sit, have lunch, and enjoy Munich’s hippest neighborhood.

Question: “Munich restaurant recommendations? We will be going in June. Looking for all types of price point but probably moderate most of the time. We will be travelling with our kids.” –jgg (see the full thread)

Answer: “We were there during the Christmas Markets and ate tons of sausages, pretzels, potato pancakes, spaetzle, etc. at the markets. On our last night, we walked up to the Hof Brau Haus and found it too smoky for us although I hear it was turning non-smoking right after we left.” –abasketcase (see the full thread) 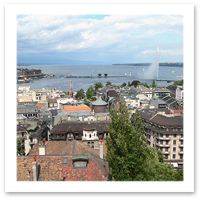 The cosmopolitan, graceful soul of Switzerland’s french speaking territory, Geneva exudes a Gallic hauteur. Grand, mansarded mansions stand guard beside the Rhône river, yachts bob, gulls dive, and Rolls-Royces purr past manicured promenades. The combination of Swiss efficiency and French savoir faire gives Geneva a chic polish; the infusion of international blood from the UN adds a heterogeneity rare in a city of only 180,000.

The feathery Jet d’Eau, Geneva’s iconic harbor fountain, is visible for tens of miles in every direction. The Fétes de Geneve gives the city a mid-summer break by turning the Rade into a 10-day smorgasborg of international foods. Whenever you visit, take a stroll along the Rue du Rhône, where the shops are a real-life catalog of the world’s finest jewels—only they’re all home-grown.

Question: “We’d like to travel from Tuscany to Geneva via either train or car, but we want to take in some scenery in the Alps and possibly do a little hiking. We have 3/4 nights to devote to this odyssey. Suggestions for stops? Either by rail or car?” –voyager61 (see the full thread)

Answer: “If you like Alpine resorts surrounded by glaciers and high peaks Chamonix cannot be beat…nor can the Interlaken area—Berner Oberland, Grindelwald, Wengen, etc. area to me is the high point of the Swiss Alps—so much varied things to do there.” –PalenQ (see the full thread) 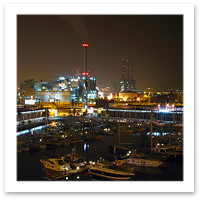 This Catalonian capital has barnstormed into the new millennium in the throes of a cultural and industrial rebirth. Today, new architecture and design—including some of Europe’s hottest new fashions in hip boutiques—provide the city with an exciting effervescent edge. Irrepressibly alive, creative, acquisitive, and playful in about equal doses, this city never stops.

Question: “How many days in Barcelona?” –sympachic (see the full thread)

Answer: “I think that one week in Barcelona is enough to visit the most important places. Nevertheless you can take some days trips in Catalonia. I recommend you see Sitges, Cadaqués, and Montserrat. And if you’ve children you can consider the option to go to Port Aventura, a thematic park in Salou (Tarragona).” –Adria (see the full thread) 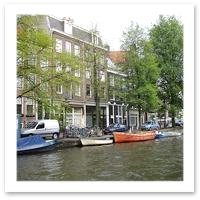 Amsterdam is a cornucopia of cafés, coffee shops, cozy bars, and outdoor markets. Set on 160 man-made canals (stretching 75 km [50 mi]), Amsterdam also has the largest historical inner city in Europe. With a mere 730,000 friendly souls and with almost everything a scant 10-minute bike ride away, though, Amsterdam is actually like a village that happens to pack the cultural wallop of a megalopolis. This is an endlessly fascinating city where it’s remarkably easy to relax and enjoy yourself.

You can bike around the city, perhaps visiting Ouderkerk aan de Amstel, a path that takes you to the Riekermolen windmill where Rembrandt sat and sketched. The city also has the Amsterdams Historisch Museum—but when chocolate, jewels, and beer are also mainstays, why linger at such an edifying place??

Question: “Things to do in and around Amsterdam?” –johngfl1 (see the full thread)

Answer: “The old-world Alkmaar Cheese Market, only on Friday mornings, is a real festive affair—porters in old-garb port the huge cheese balls into the old weigh house with ceremony and fan fare. The town is also alive on Fridays—a nice old town worth a visit in and of itself. 45 mins from Amsterdam by train.” –PalenQ (see the full thread)