Where do they grow from here?!

It’s no secret that we here at Fodor’s love trees. In fact, around the fall months, you’re likely to see our entire homepage full of leaves. But there’s much more content about Mother Nature’s “arms” than just leaf-peeping that’s waiting to be explored. Dendrochronology, a common way of determining a tree’s age (using its rings), became widely popularized in the early 19th century. Planting trees around your home can significantly reduce your electric bill (courtesy of the shade they provide). A walk among them has been scientifically proven to help reduce stress. And many of them are senior citizens. No, like seriously—dying of old age is something that many trees don’t really have to worry about. So, in an effort to continue expanding the discussion around these fascinating, invaluable beings, we’ve rounded up (in no particular order) 10 of the oldest trees on the planet. 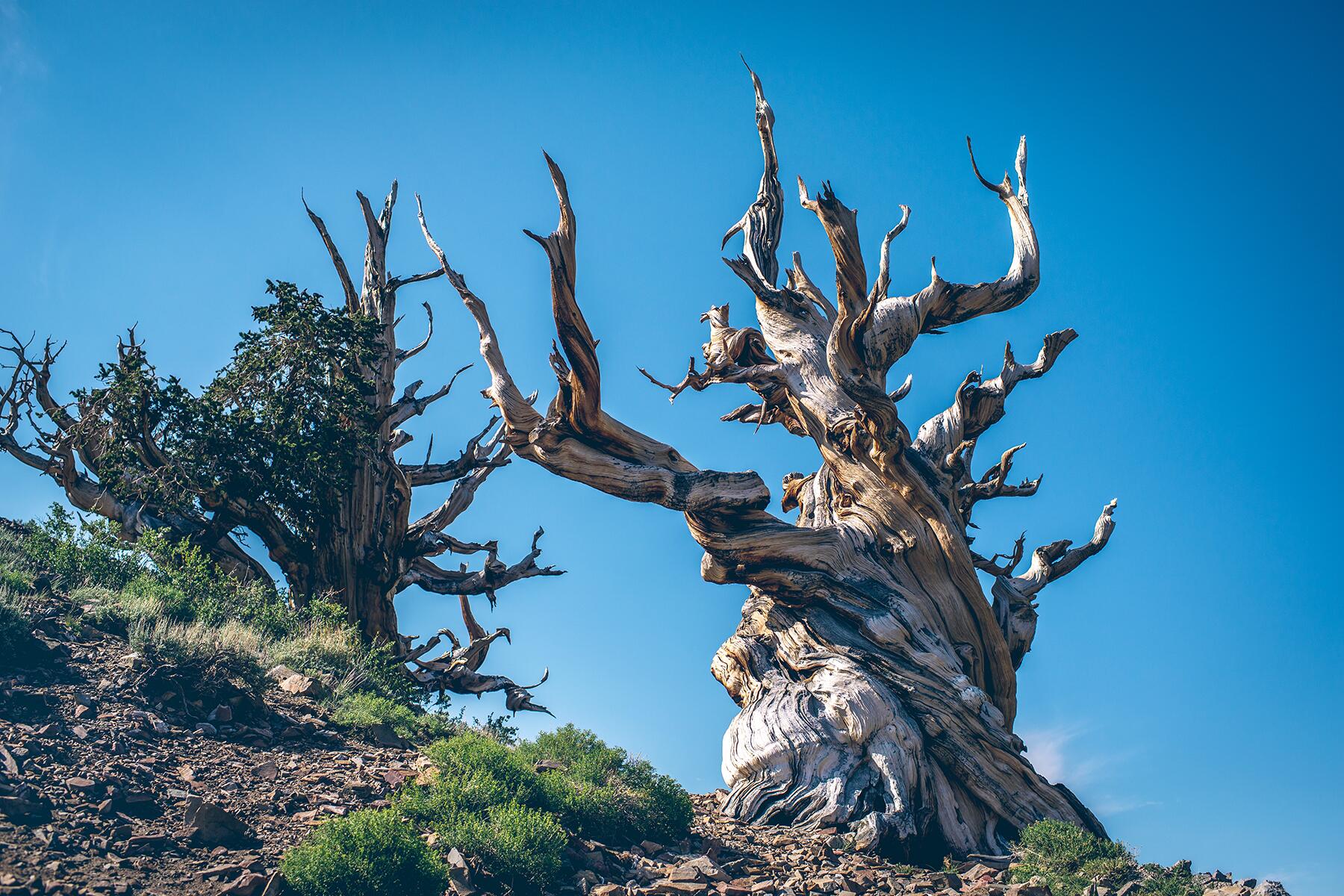 When it comes to non-clonal species of trees—meaning, these trees are not copies, they’re the OGs—this California secret is the world’s oldest, at 4,852 years old. While its specific location is kept hidden from the public by the U.S. Forest Service, we do know that it’s in the Methuselah Grove in Inyo National Forest. 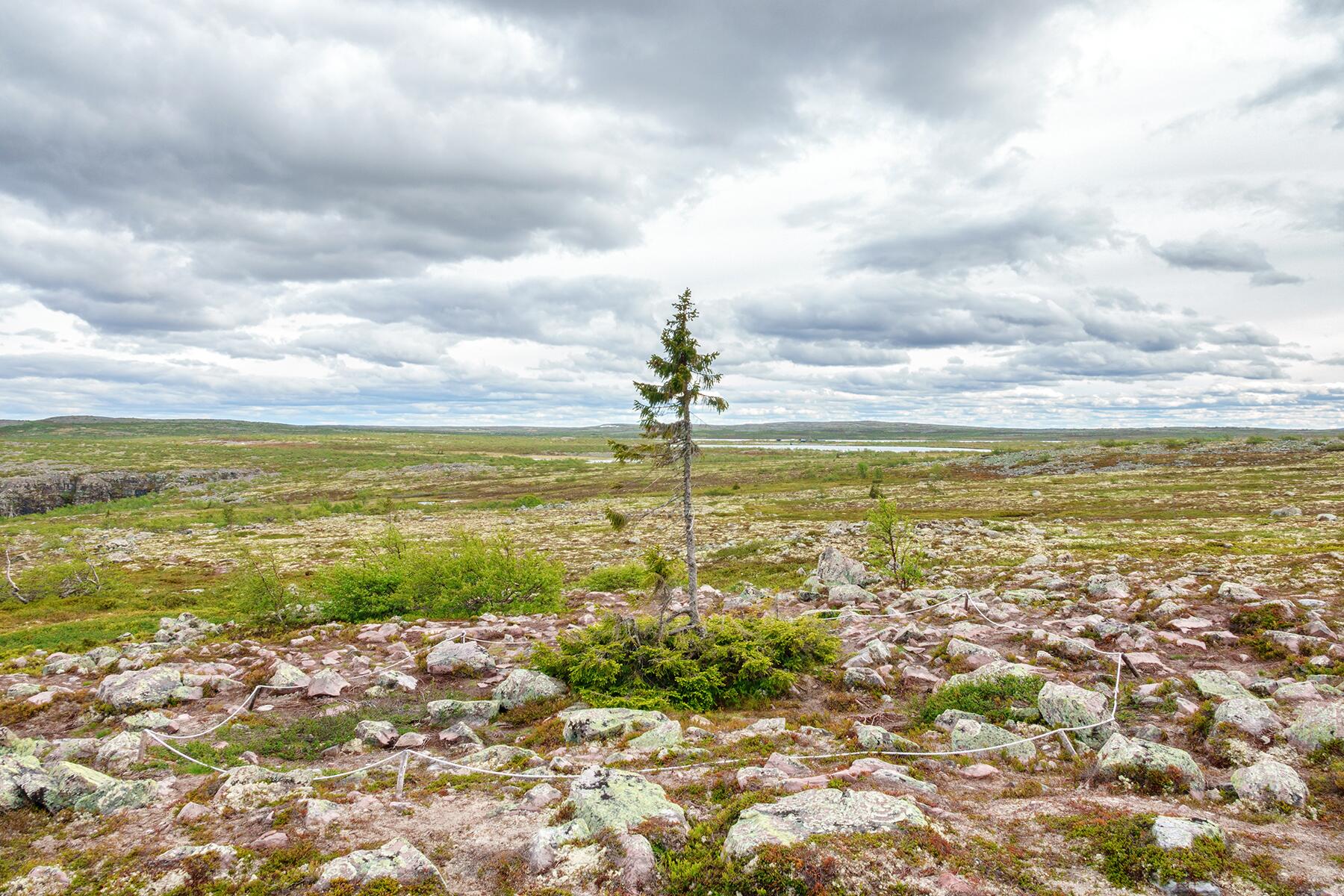 Discovered in 2008, Old Tjikko, a clone, was initially deemed the world’s oldest tree, clocking in at around 10,000 years old. Old Tjikko’s age was actually determined via the carbon dating of plant material located under the tree; dendrochronology is not effective for clonal trees. While there isn’t a defined path to the tree so that you may feast your eyes upon it IRL, a peek is possible (and preferable, according to rangers) via a guided tour. 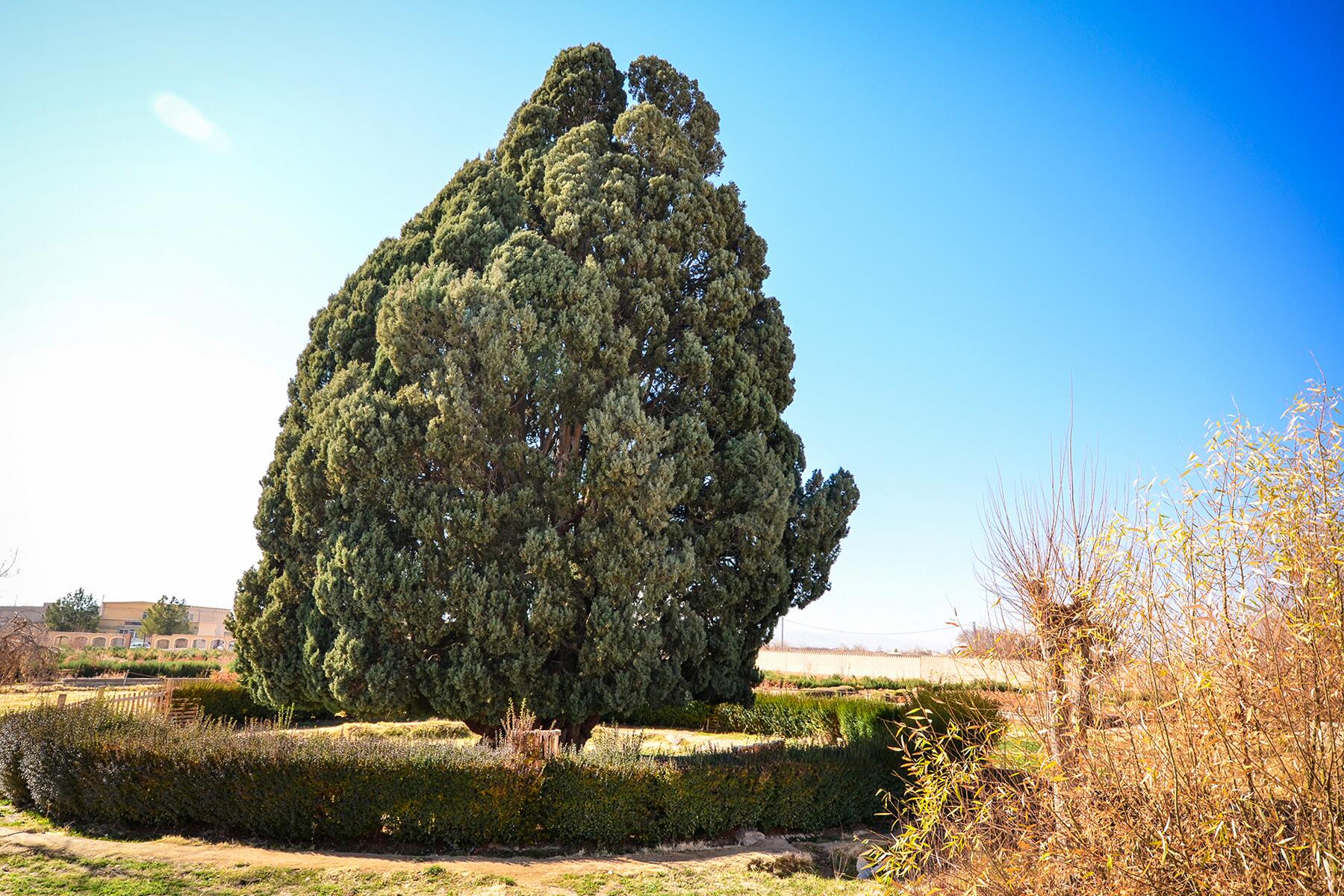 Also known as the Zoroastrian, and/or The Cypress of Abarkuh, this 4,000-year-old tree, 85-foot Cyprus is literally a national treasure in Iran. Some have even speculated that it’s the oldest living “thing” in Asia. Additionally, a few myths entail that Zoroaster (from which the tree’s name is derived), a prophet widely associated with Ancient Persia, planted the tree himself. 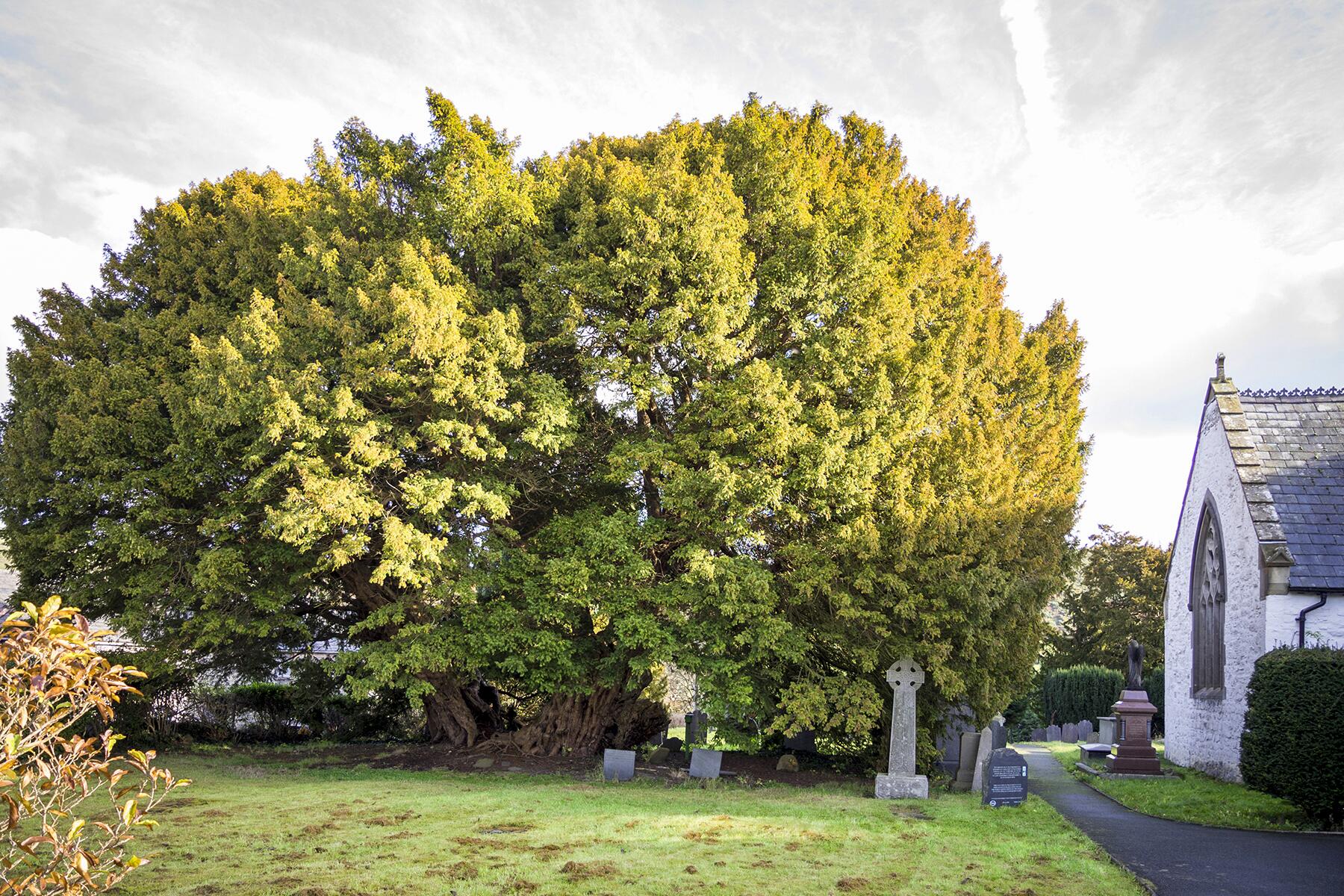 Another (approximately) 4,000-year-old incredible piece of flora, this yew—a coniferous species with largely poisonous berries—can be found in the churchyard of a quaint Welsh village. One of the oldest trees in Great Britain, Llangernyw Yew has lost a chunk of its core, but, regardless, it still stands tall (at about 35 feet) to this day. 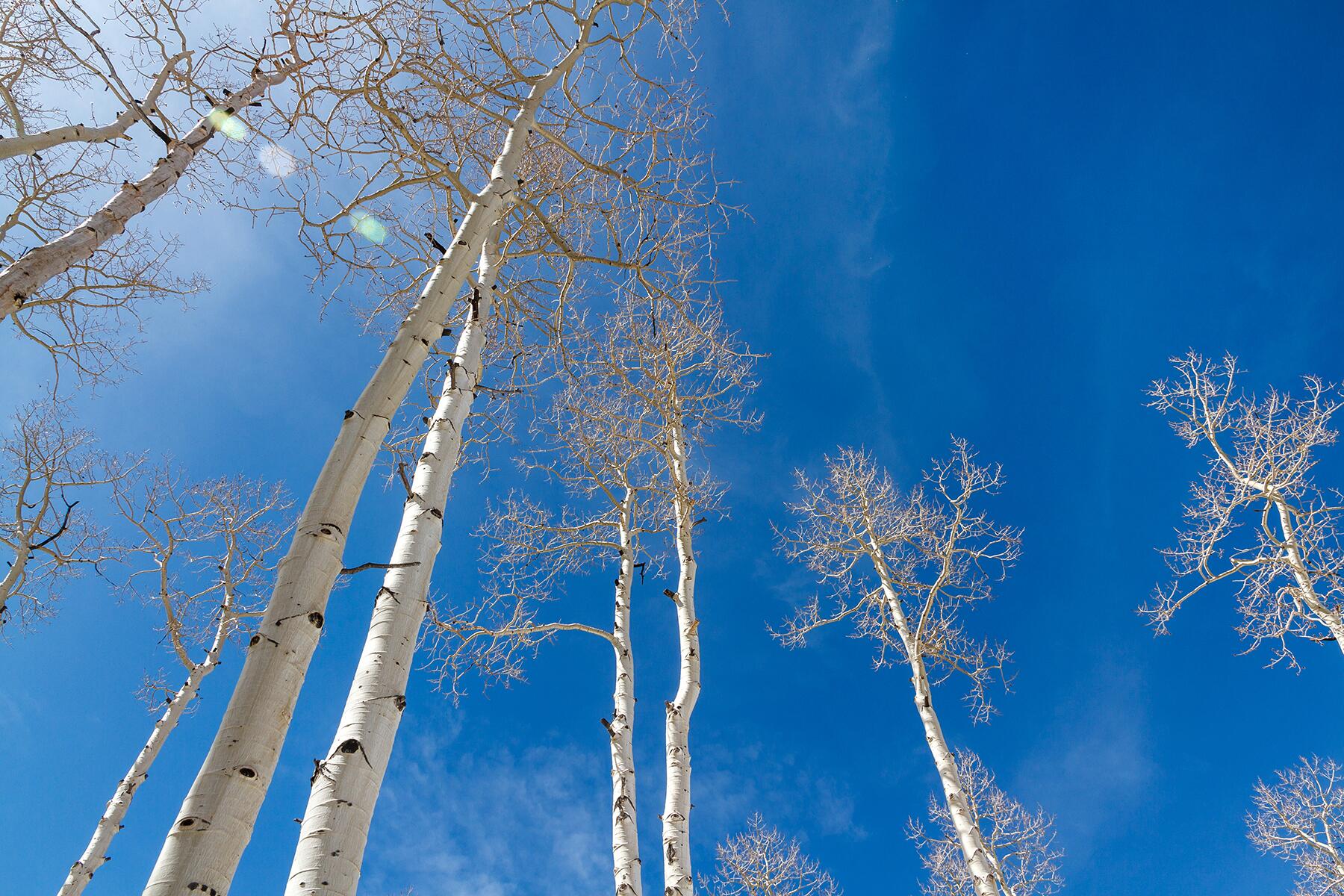 A colony of clonal trees, actually, the Pando has been around for at least 80,000 years. Upon first viewing, it may look like a grove but don’t be fooled: technically it’s one single tree (the Pando) that’s been cloned, or copied. The key here is its singular underground root system. 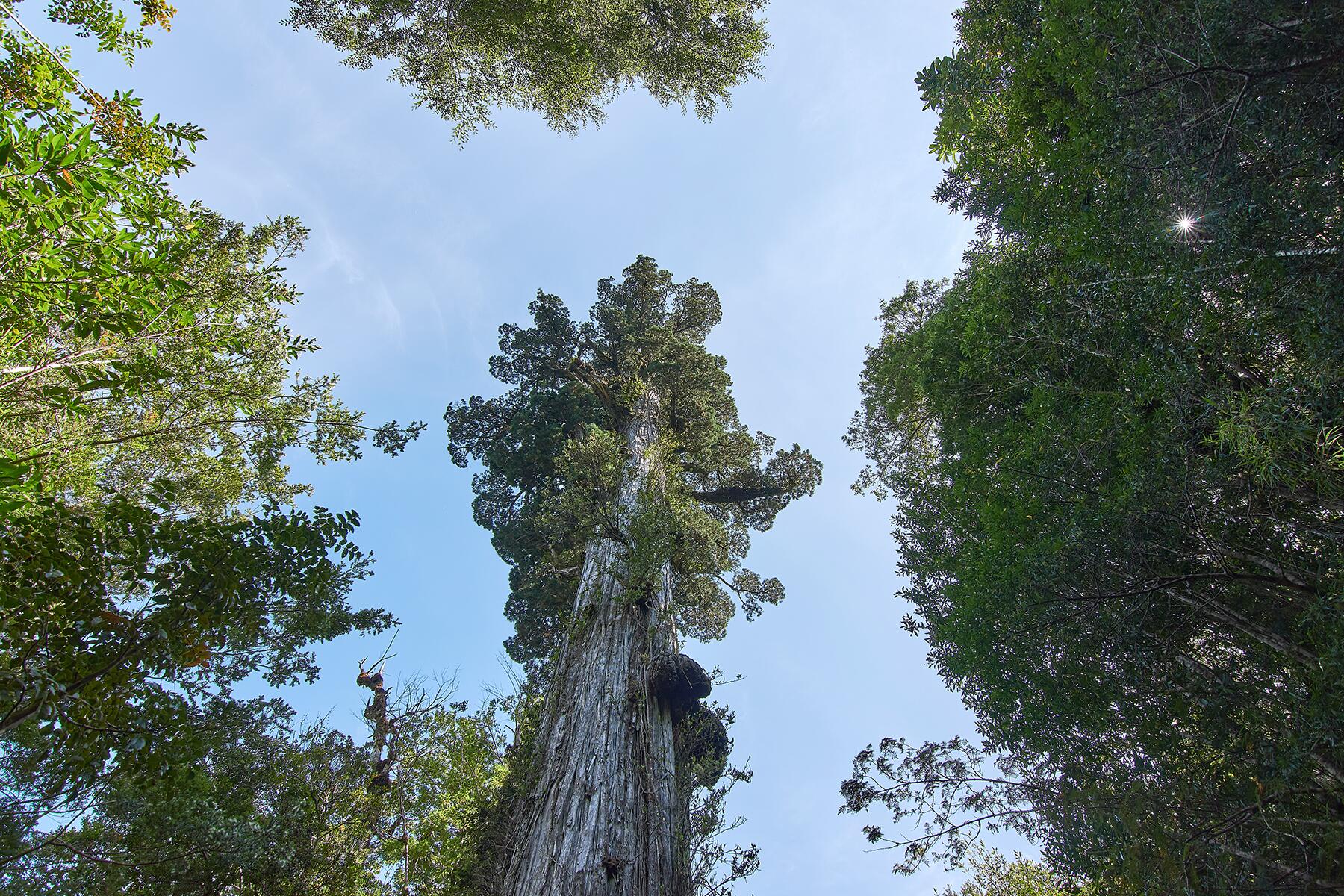 Also known as “Great Grandfather” (its literal translation), this cyprus (whose species is the largest tree species in South America) is approximately 3,646 years old and stands more than 196 feet tall. But, “Great Grandfather,” does resonate when you learn that the Alerce region initially began to develop in 1,500 B.C. 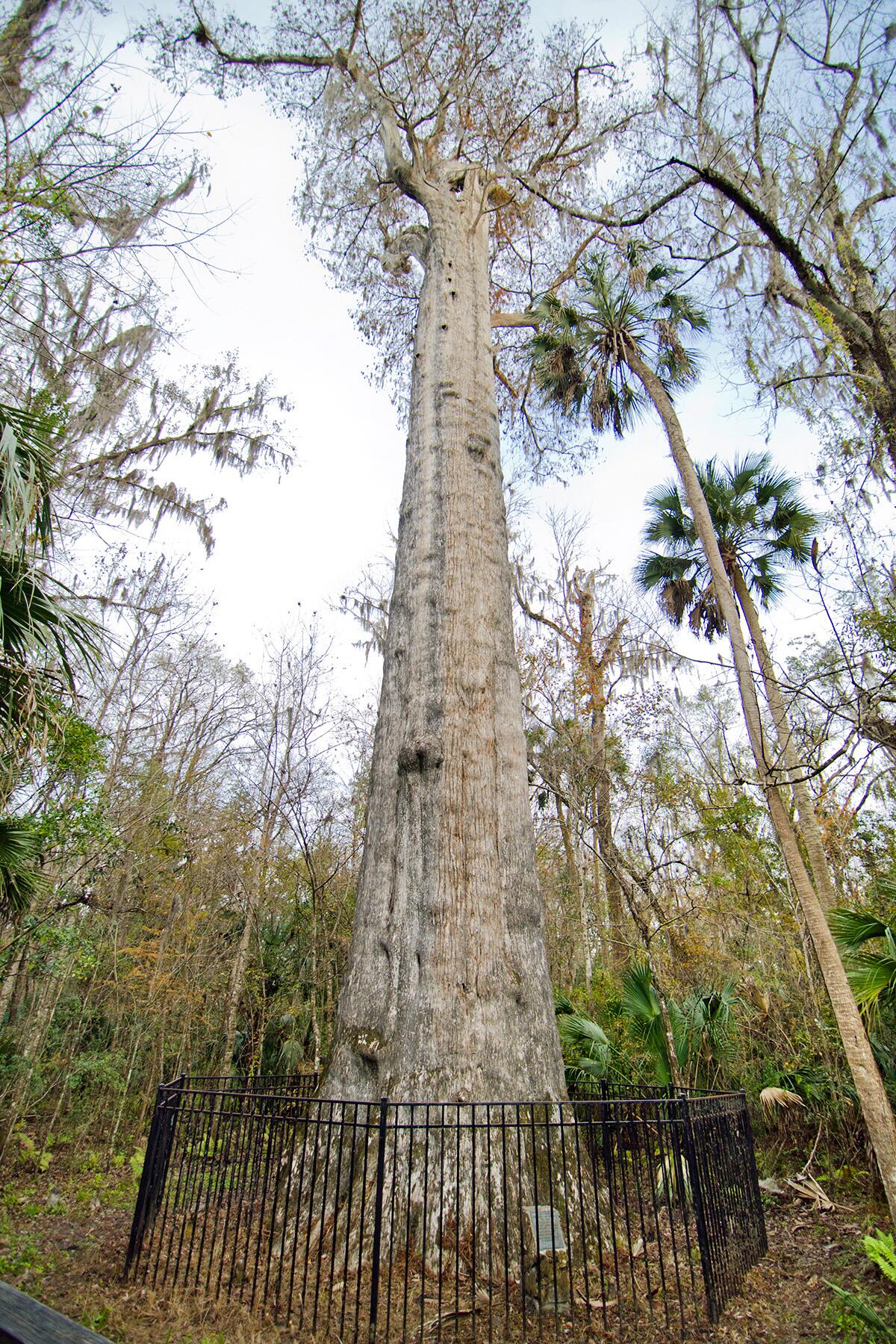 Officially the largest and oldest bald Cyprus (a tree native to the southeastern U.S.), the Senator met its demise in 2012 via a lighting strike which resulted in a brush fire. Despite that, we still had to include: The Senator is/was one of the GOATs.

Standing around 49 meters (160 feet) high and sporting an age of more than 3,000 years, this non-conifer, the oldest of its kind in the country, is considered sacred (presumably because of the length of time it has been in existence). Located about 150 miles from São Paulo, this state park (and the tree itself) is an ideal stopover as part of a weekend getaway. 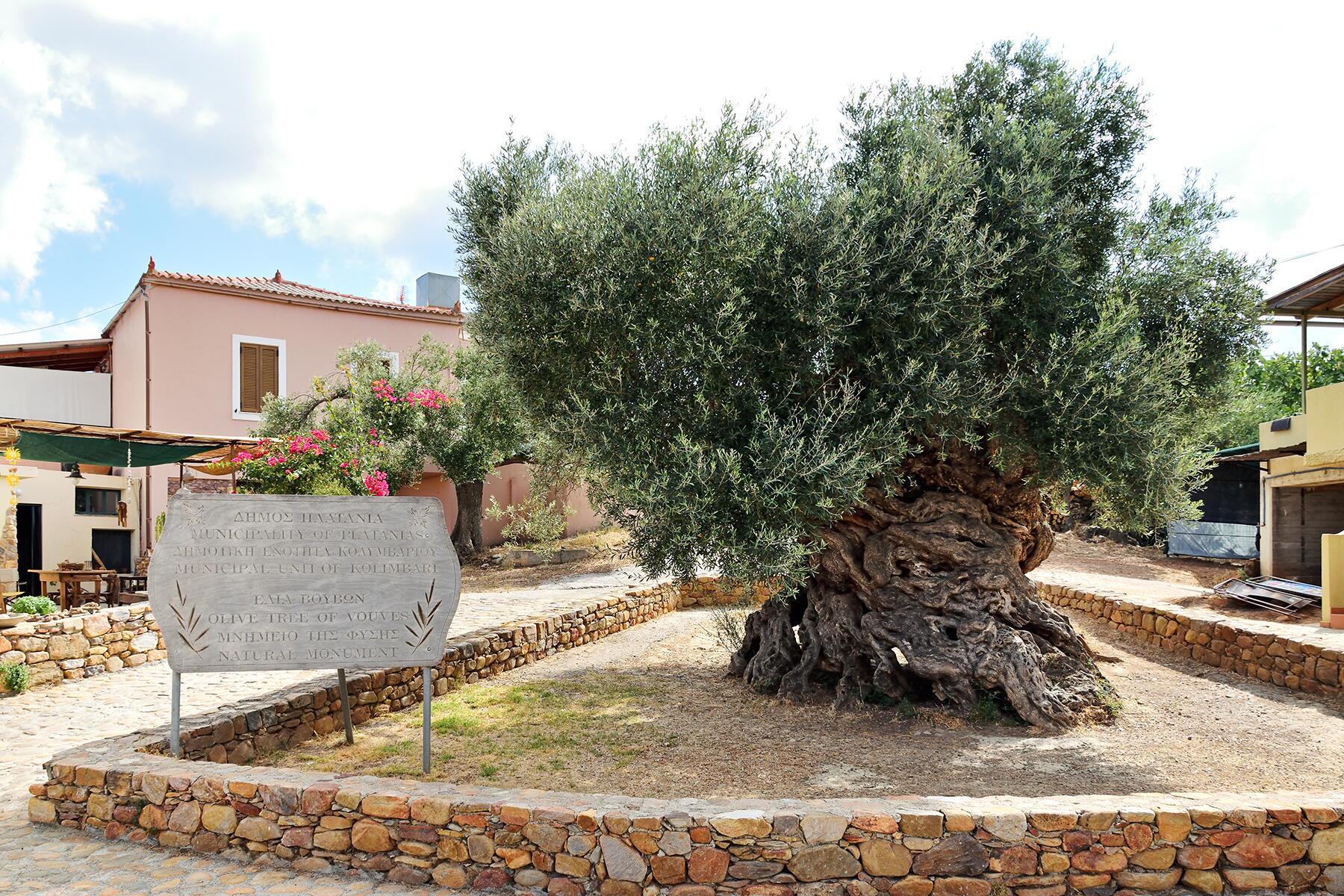 Between 2,000 and 3,000 years old, the Olive Tree of Vouves, remarkably, still yields olives to this day. Also an official natural monument, this particular piece of flora is actually one of seven olive trees that are believed to be among the oldest in the Mediterranean (and is certainly the oldest living thing in Greece).

Fun Fact: In both the 2004 Athens Olympics and the 2008 Beijing Olympics, branches from the Olive Tree of Vouves were utilized to craft wreaths for those who took home medals. 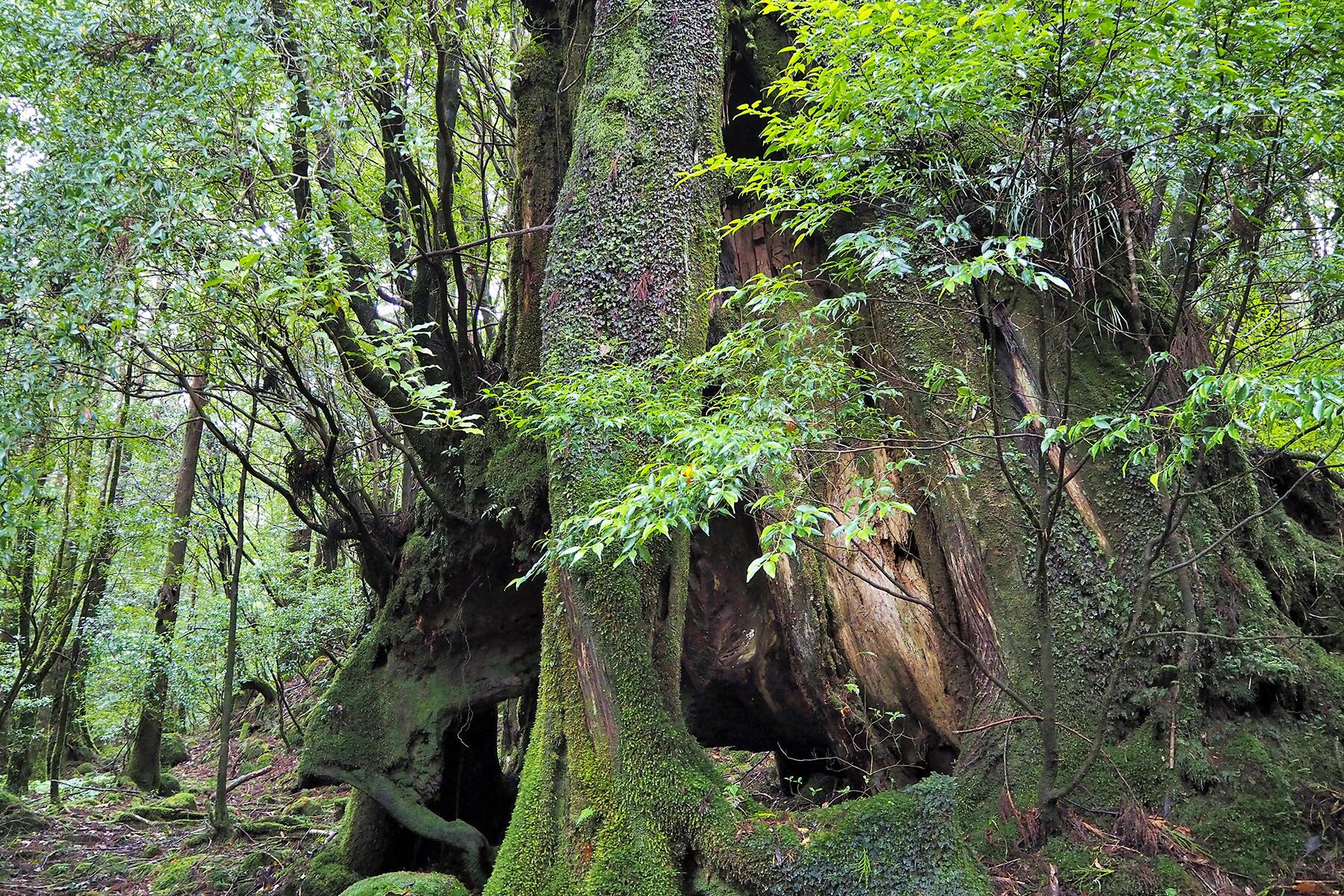 The power this tree—a Cryptomeria, or, as it’s more commonly known, a “Japanese cedar”—has! The island it’s located on was named a UNESCO World Heritage Site, in part, because of it. While its exact age has yet to be determined, a time frame has been estimated to when it germinated: sometime between 2,170 and 7,200 years ago.