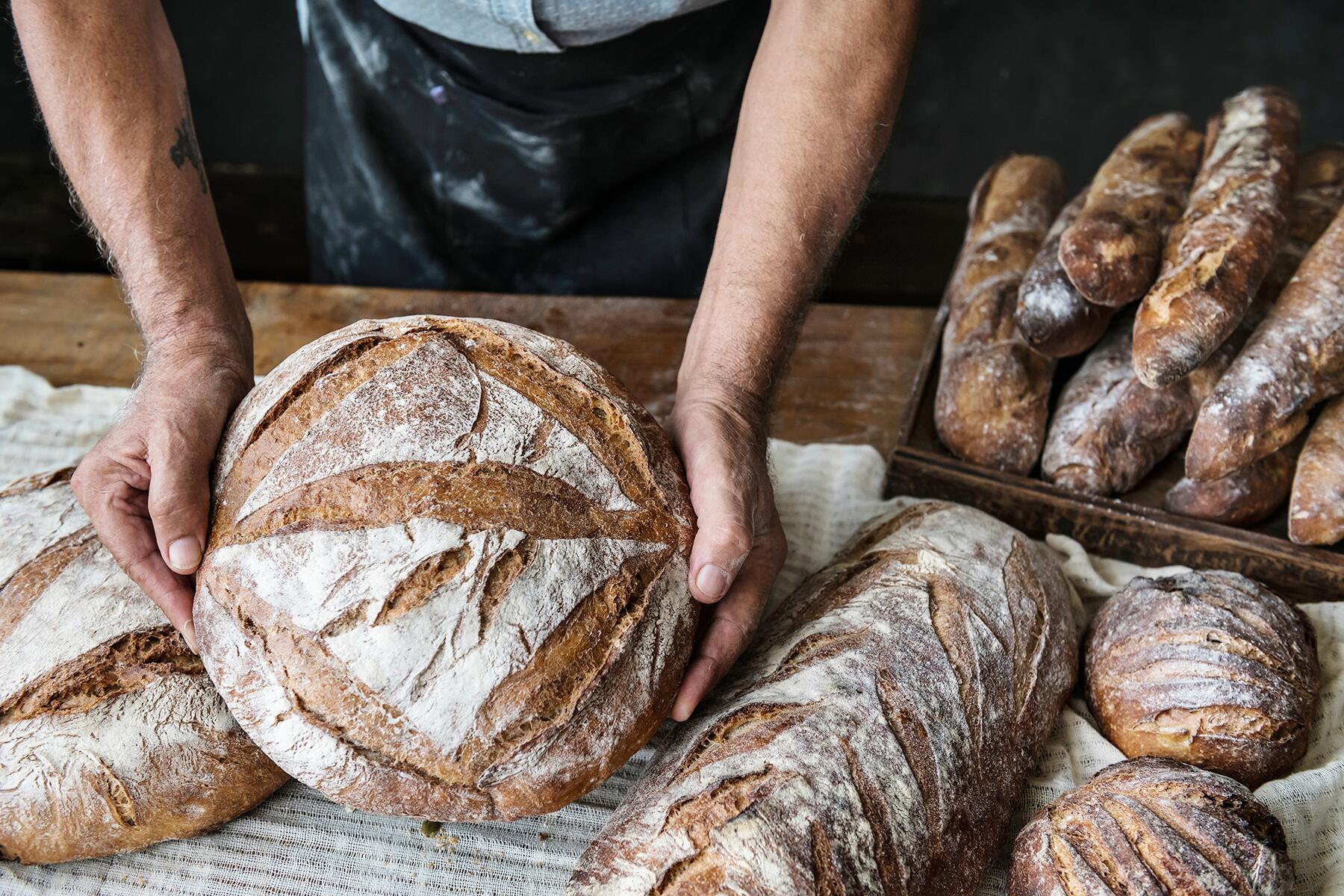 From whale meat and blubber to seal, muskox, and eider duck, sifting through traditional Greenlandic cuisine might feel like running down an endangered species list and is no doubt a challenge for vegans.

But for Greenlanders faced with harsh climates and rough land that barely grows anything green, the food eaten is almost as iconic as Inuit culture itself, and has been influenced by lack of easy access to the things others take for granted.

With most of its 2.1 million square kilometers covered by glacial ice, Greenland’s main protein sources come from sea mammals and marine life. It is important to note that while there are many discussions surrounding the sustainability and eco-practice of whaling, Greenland has very strict rules and guidelines when it comes to hunting whale for daily sustenance.

So when heading to this Arctic island nation, leave your food prejudices behind in order to sample one of the world’s oldest indigenous cuisines—one that has nourished the Inuit for centuries. 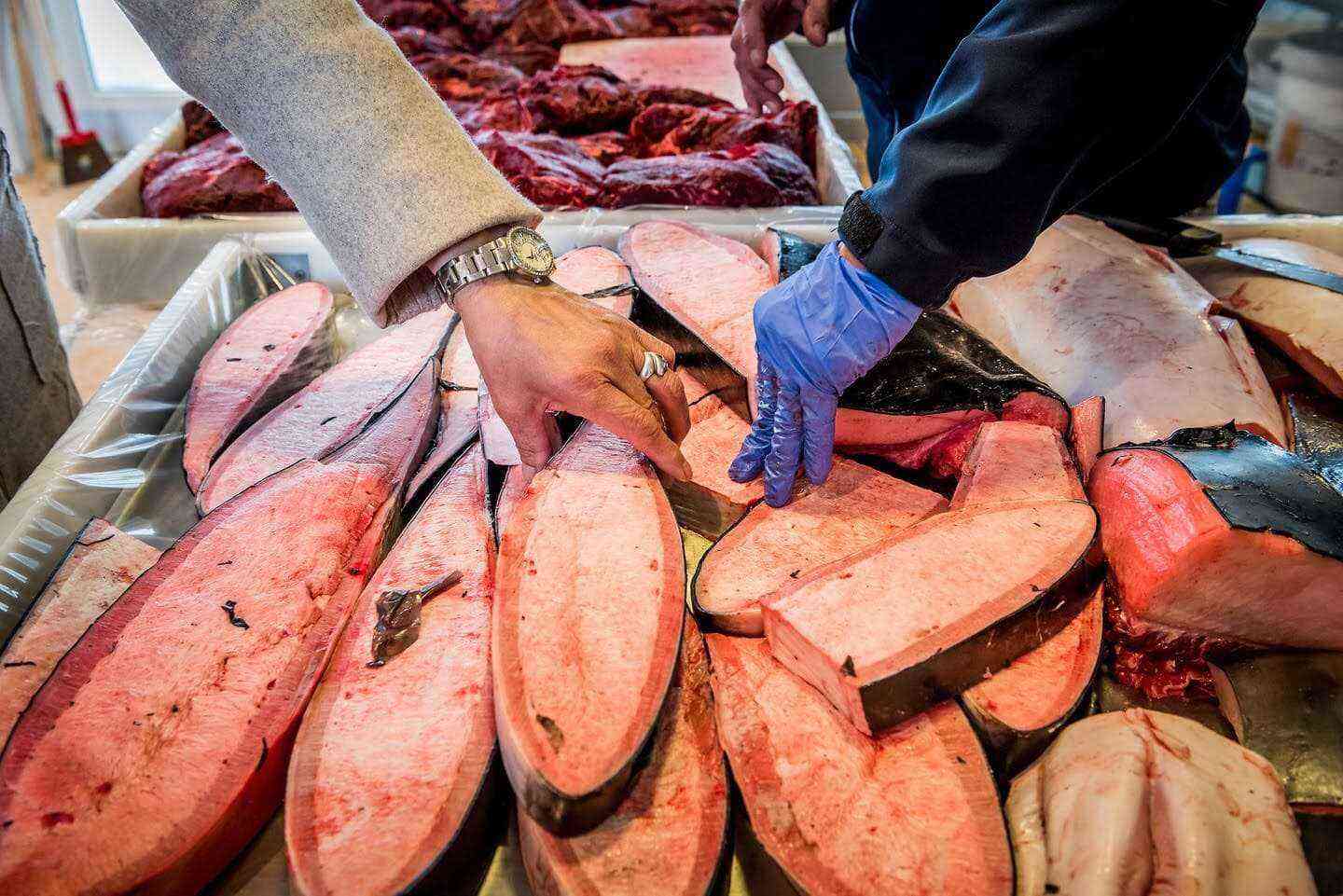 Whale is still symbolic to Greenlandic cuisine and an important meat source. From mink and narwhal to beluga and fin whales, it has been historically prepared and eaten in various ways, with the most popular methods being raw, smoked, or cured meat (Arfeq nikkui). Whale meat is dried mostly as a way of preservation and it also makes a rather tasty protein-packed snack, similar to beef jerky in the US.

INSIDER TIPWhile you are allowed to sample whale as a local delicacy, there are strict regulations surrounding taking Greenland food products (such as dried whale) out of the country. 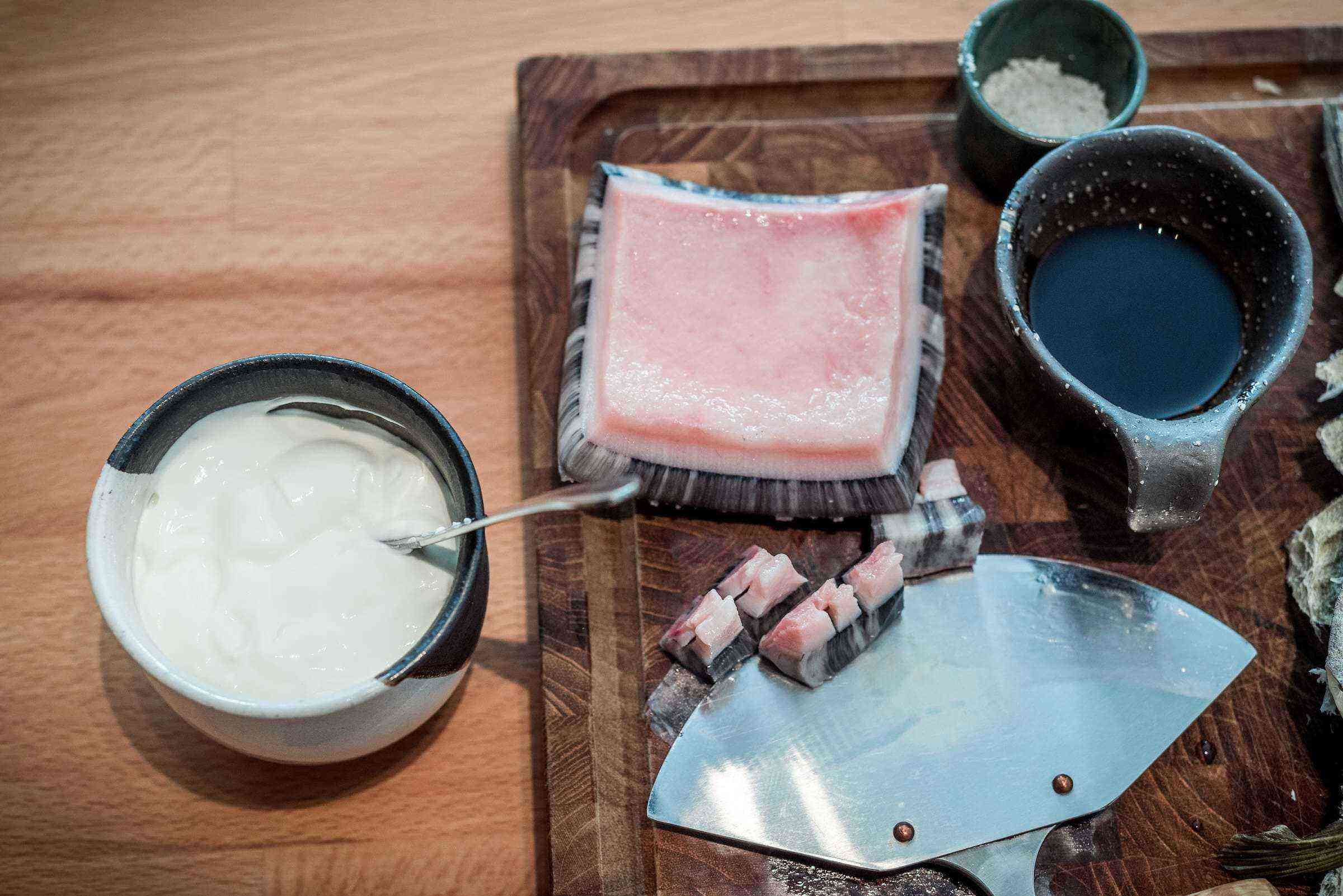 More popular that whale meat is blubber, the fatty skin of whales which provides rich Vitamin C and oily fats to the Greenlandic diet. A local delicacy—Narwhal blubber—has a crunchy consistency despite it being fat with a tough exterior skin and white layer of cartilage. A very sharply curved knife known as the Ulu, or “woman’s knife” is used to slice up thick rubbery blubber into bite-sized pieces (Mattak), which is eaten with salt or soy sauce.

INSIDER TIPThe white cartilage between the fat and the rawhide is inedible, so you can either swallow it whole or chuck it aside. 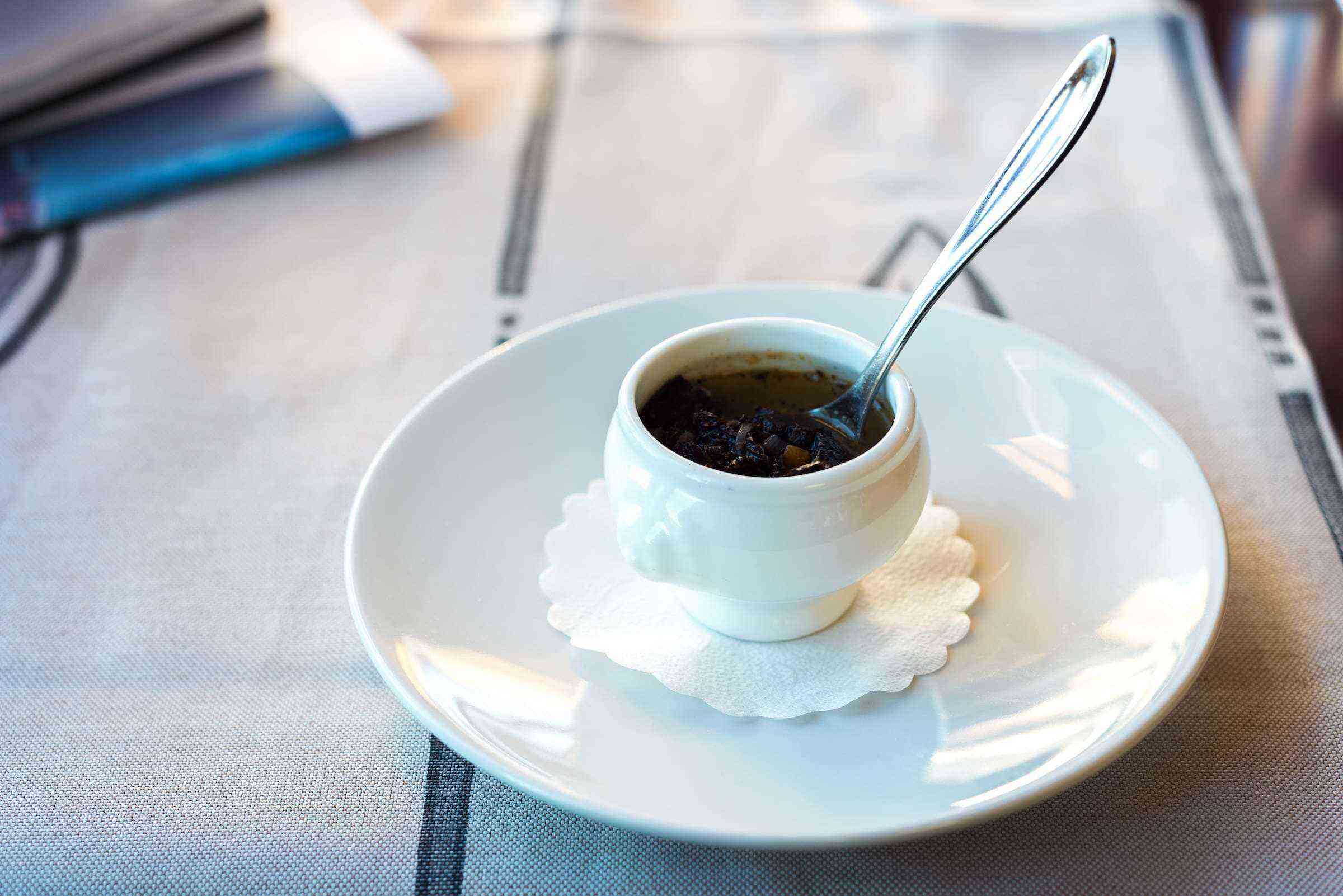 Greenlanders hunt Arctic seal such as ringed, harp, and hooded seals, which provide essential fatty meats. Hunters often sustainably use all parts of the animals. Dyed seal skin is used to create part of the country’s vibrantly colored national dress.  The meat is pungent and has a strong gamey flavor, often used in soups such as Suassat, traditionally made with onions and potatoes, rice, or barley, and marine mammals like seals. 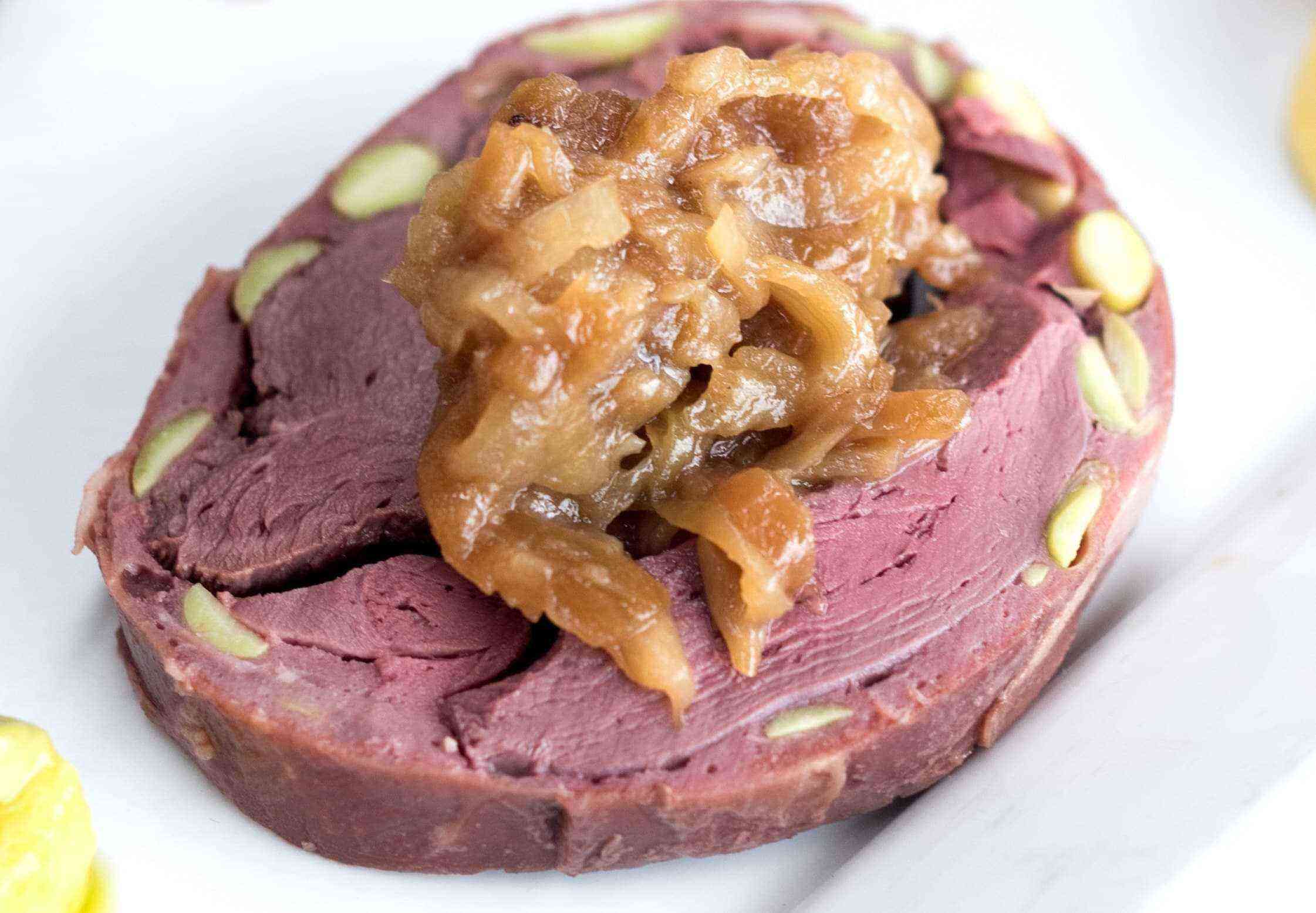 The largest land mammal in Greenland is the musk ox, which can weigh up to 400 kilos (880 lbs) and is clustered in herds around the Kangerlussuaq region of the country. Thick brown musk ox fur is used for making coats, blankets, and other types of artisan-crafted work. While musk ox meat appears in a variety of forms from steaks to soup, it is popularly served raw as a tartare in restaurants. The traditional name umimmak in Greenlandic means “the long-bearded one.” 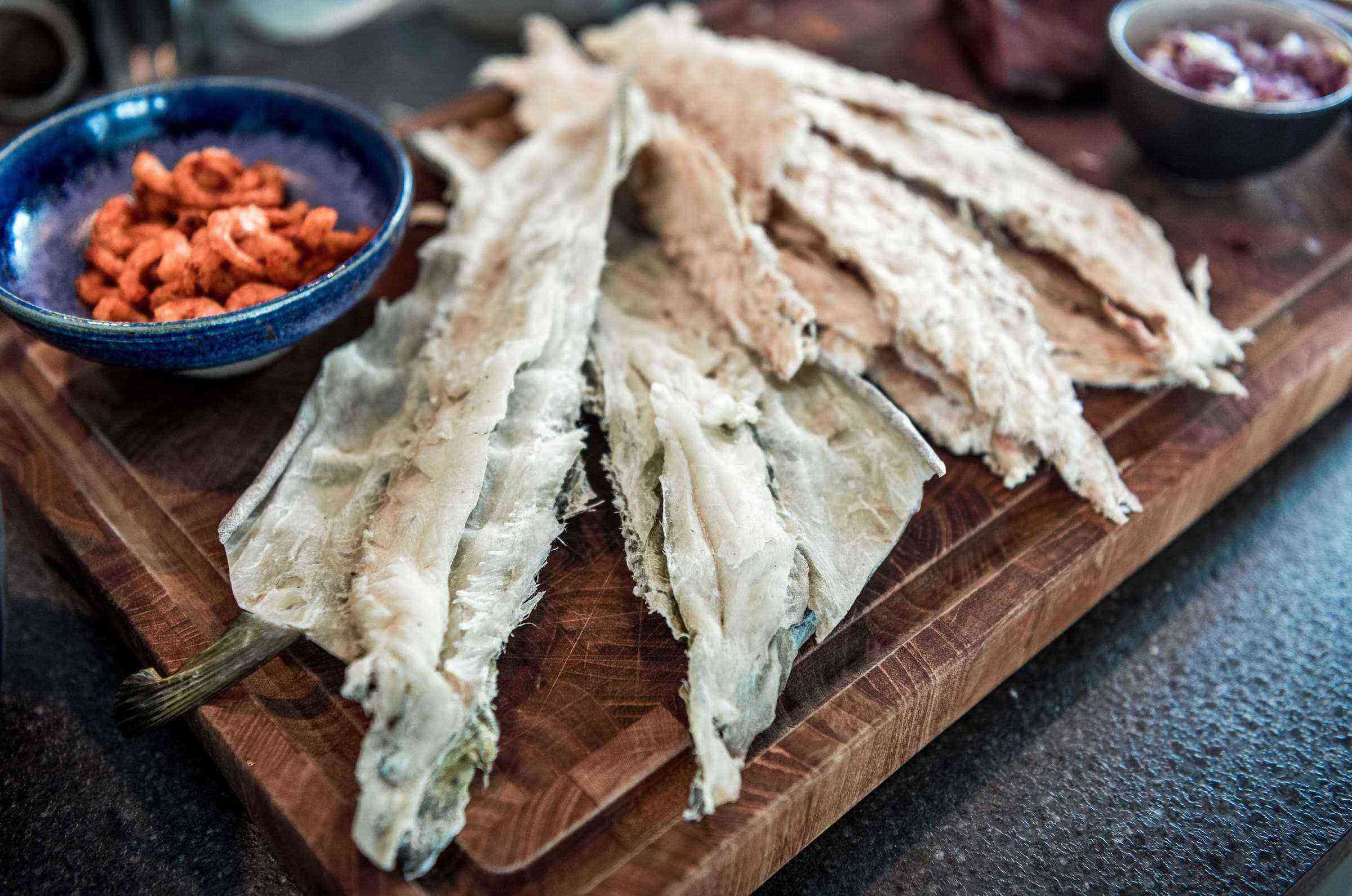 Cod is abundant in the Arctic and as such, is a main part of many cuisines in Nordic countries. The frigid waters surrounding Greenland are rich with cod and this fish is often filleted or smoked. The most common method is to salt and dry the fish so it can last longer to be eaten as a snack or used as a base ingredient in soups and other local dishes.

The summer months of July and August are prime for cod fishing. If you’d like to go fresh cod fishing yourself, local fishing companies can take you to the entrances of fjords where currents are the strongest, creating the best conditions for fishing cod. 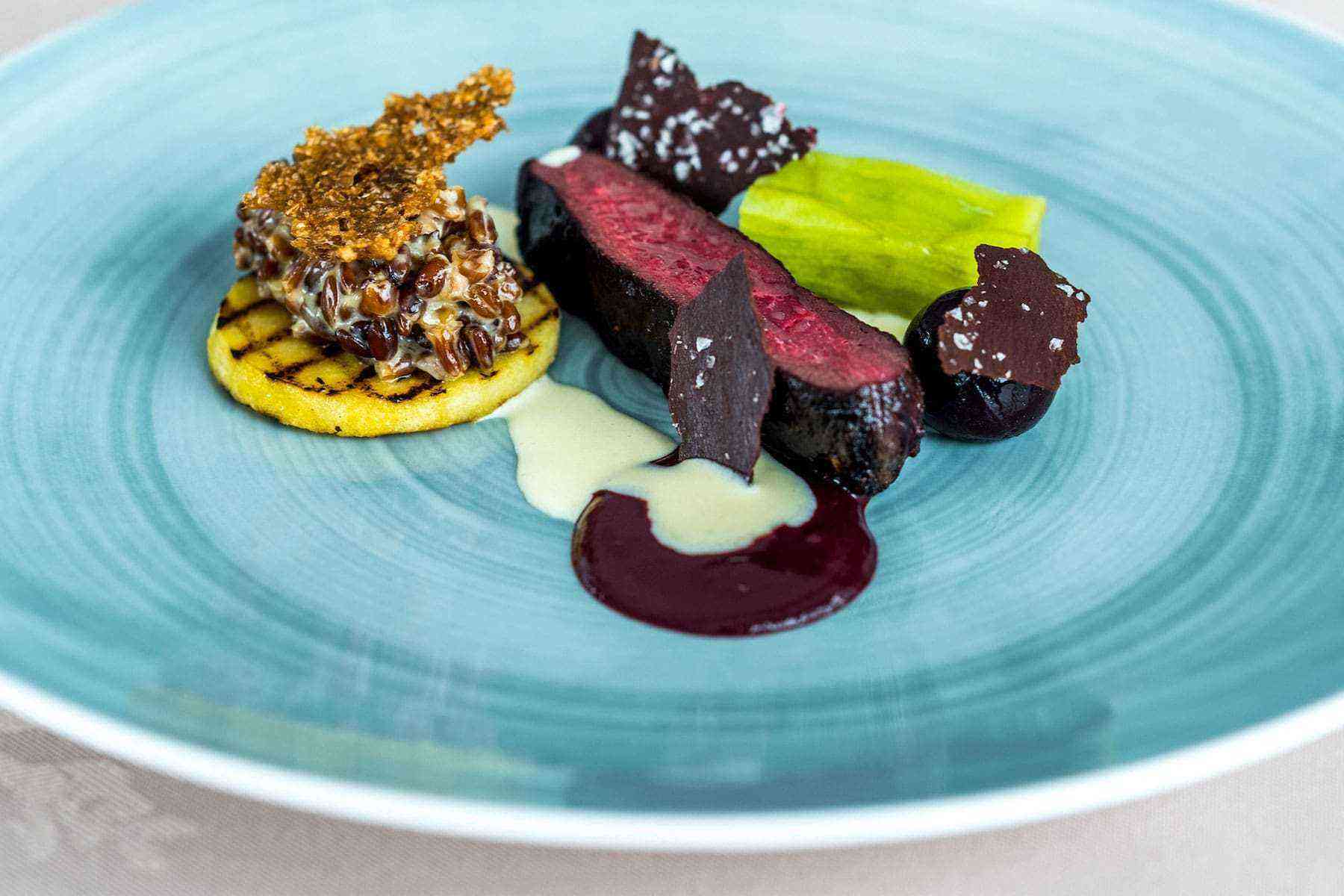 In addition to little auk birds, ptarmigans, guillemots, and sea gulls, the eider duck is an essential fowl used in Greenlandic cooking. Eider is a large variety of sea duck that is often hunted between spring and autumn due to their winter migration. The male eider is a vibrant bird with a dark body and a distinctly colorful yellow bulge above its beak.

INSIDER TIPEider doesn’t taste like chicken. Prepare yourself for a tougher, gamier taste much closer to wild game than your everyday duck. 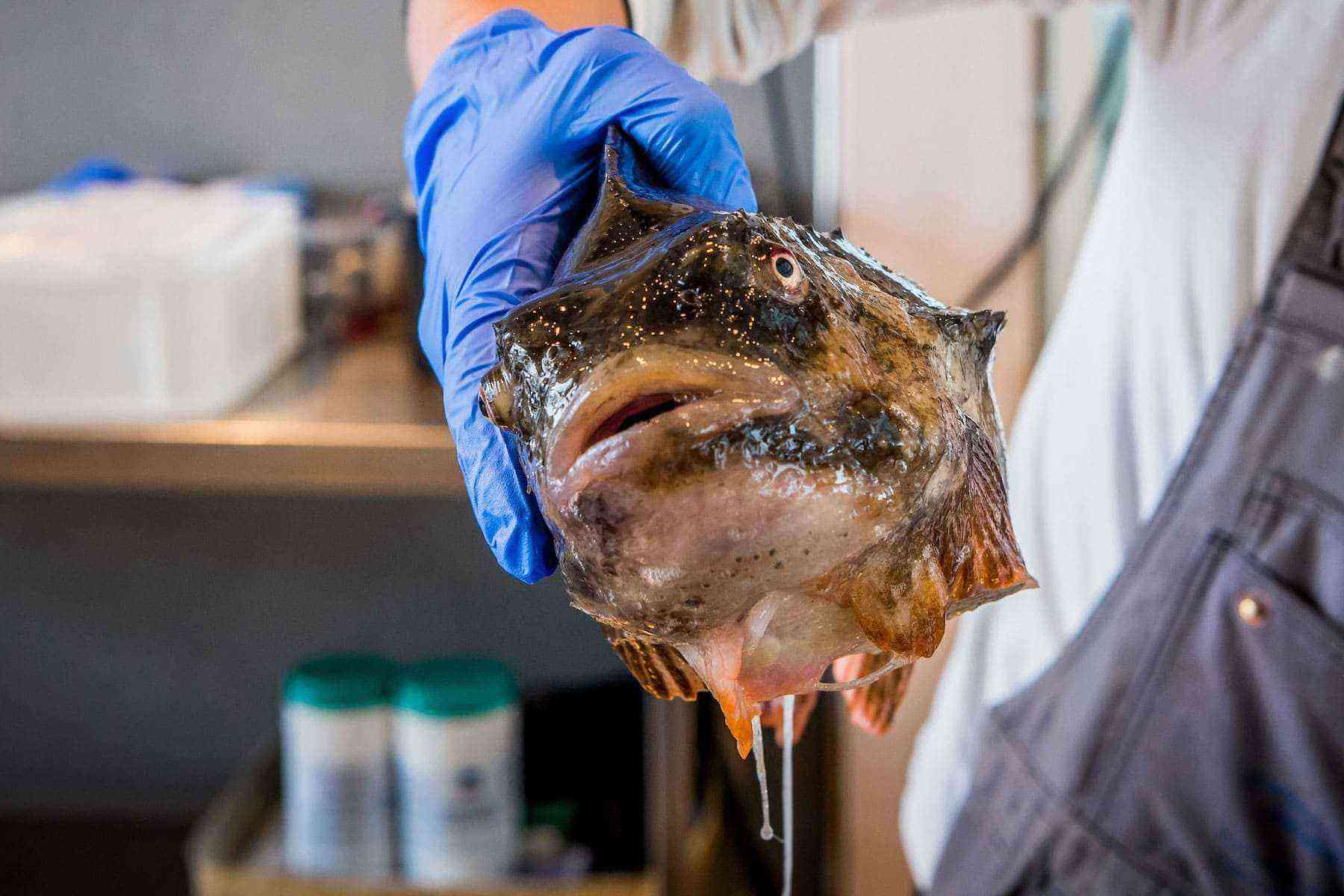 While in Greenland, tuck into a variety of Arctic fish such as wolffish, also known as Atlantic catfish (geeraq/kigutilik), and halibut (qaleralik). The cold, clean water of the Arctic Ocean allows seafood to grow larger and mature to a full, rich flavor. In fact, Greenland has one of the world’s largest commercial productions of halibut.

INSIDER TIPTo see fresh Arctic fish up close, visit the local kalaaliaraq food market in Nuuk, where fisherman lay out the catch of the day. A newer indoor fish market is located next to Brugsen supermarket. 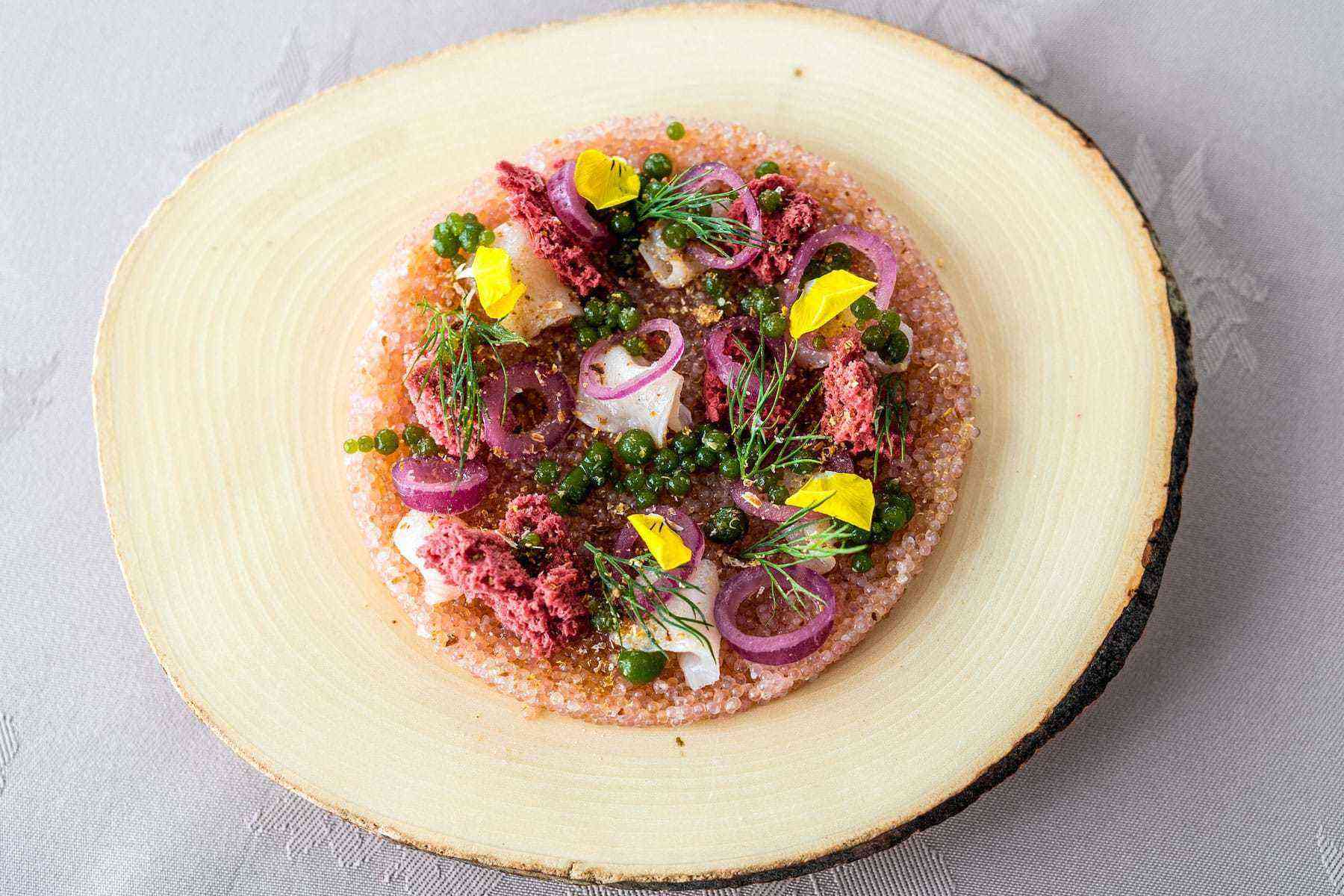 The main fish to try while in town is the lumpfish. While not the most attractive fish, lumpfish, also known as lumpsuckers, are the prime seafood in the region and their larger-than-average stone-like roe with its delicious crunch is a local favorite—often served as an appetizer in many restaurants.

INSIDER TIPLumpfish roe comes in a variety of colors but the most common is a dusty pink. 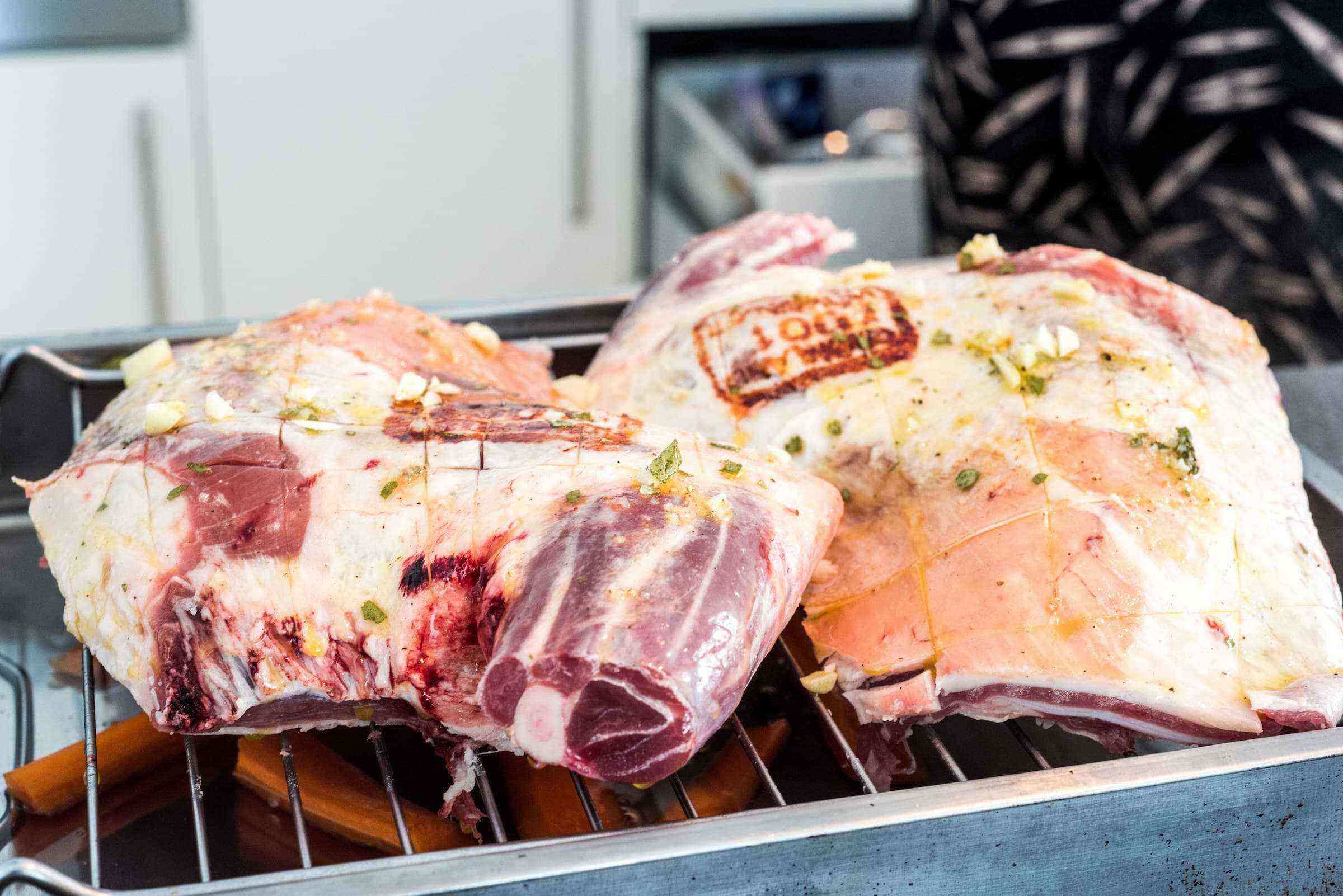 Almost exclusively raised free-range, Greenlandic lamb is considered one of the best quality cuts of lamb in the world because of the clean and pristine conditions in which they are bred. Most, if not all, of the lamb meat in Greenland comes from the southern regions of the country, beyond the Arctic circle where green grass grows. 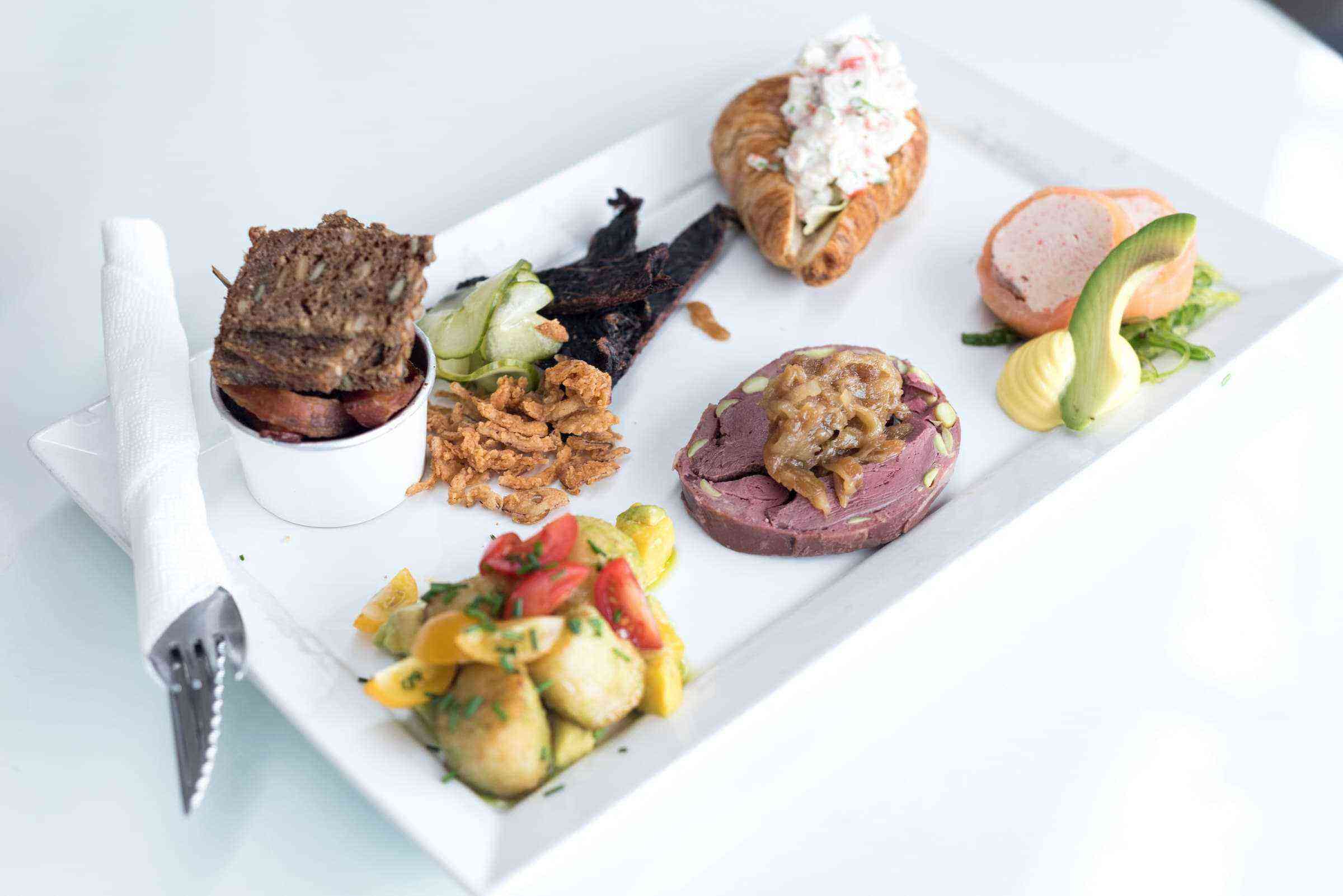 One of the best ways of sampling traditional Greenlandic foods is to try a tapas plate, served by many restaurants around the country. Katuaq Cultural House Cafétuaq in Nuuk serves a tapas plate which includes six specialties such as musk ox pate, dried whale, and scallops, to name a few. Restaurant Mamartut  in Ilulissat also offers a generous spread with ingredients sourced from surrounding Disko Bay: whale meat, seal soup, and fried wolffish bites. And under the direction of head chef Björn Johanssen, Restaurant Sarfalik inside Hotel Hans Egede in Nuuk offers up a fine dining experience with multiple courses that includes eider duck and lumpfish roe.