Coronavirus Fejiro Odibo Here's What It Was Like as the Only Black Woman Living in a Small Mayan Village During the Pandemic
PHOTO: Romas_Photo

Check numbers before you book tickets.

In the U.S., COVID cases have decreased after the January high. The masking rules have also been relaxed and according to the CDC tracker, reported deaths and hospitalizations are also on a downward trend. However, things are looking very different across the pond. Europe is experiencing another surge with cases rising in many countries after restrictions were scrapped and the contagious BA.2 variant became dominant. Director of the World Health Organization’s Europe region Hans Kluge commented that countries in Europe lifted their curbs “brutally.” He told reporters on March 22 that 5.1 million new cases were reported in the region over seven days.

Health experts are worried that the U.S. may soon follow suit.

The country’s top immunologist and advisor to President Joe Biden, Dr. Anthony Fauci, says that the subvariant is more transmissible, but the cases don’t appear to be more severe. The Guardian quoted him saying, “The bottom line is we likely will see an uptick in cases as we’ve seen in European countries, particularly the U.K., where they have BA.2. They have a relaxation of some restrictions such as indoor masking and there’s a waning of immunity. Hopefully, we won’t see a surge. I don’t think we will.”

As it has been since the pandemic, it’s important to keep an eye on the numbers if you’re planning to travel internationally and arm yourself with relevant information and travel insurance. Right now, Europe and Asia are reporting a high number of cases, so take into consideration CDC’s travel advisory for your destination before you book a trip or travel. 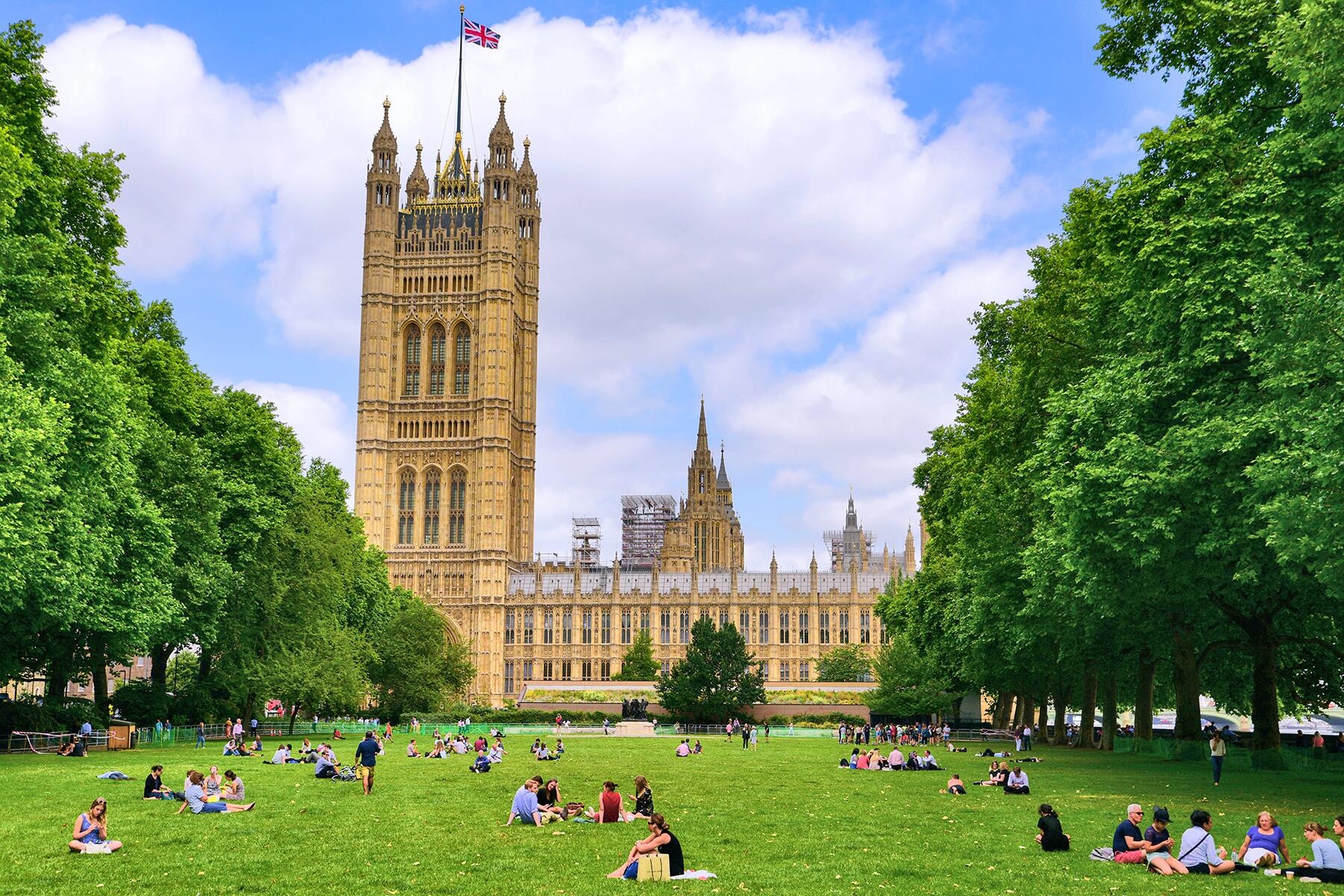 A month ago, England removed all COVID restrictions and started on the Living with COVID-19 plan (which also let go of the self-isolating requirement following a positive test). On March 21, a record-high of 226,524 daily cases were reported. This week, the number is down to 215,001, but hospitalizations and deaths continue to rise.

Dr. Fauci said that the rise in the country’s caseload is due to the more transmissible variant, waning of immunity, and opening of society and people mingling indoors. The Queen, Prince Charles, and Camilla also tested positive in February. 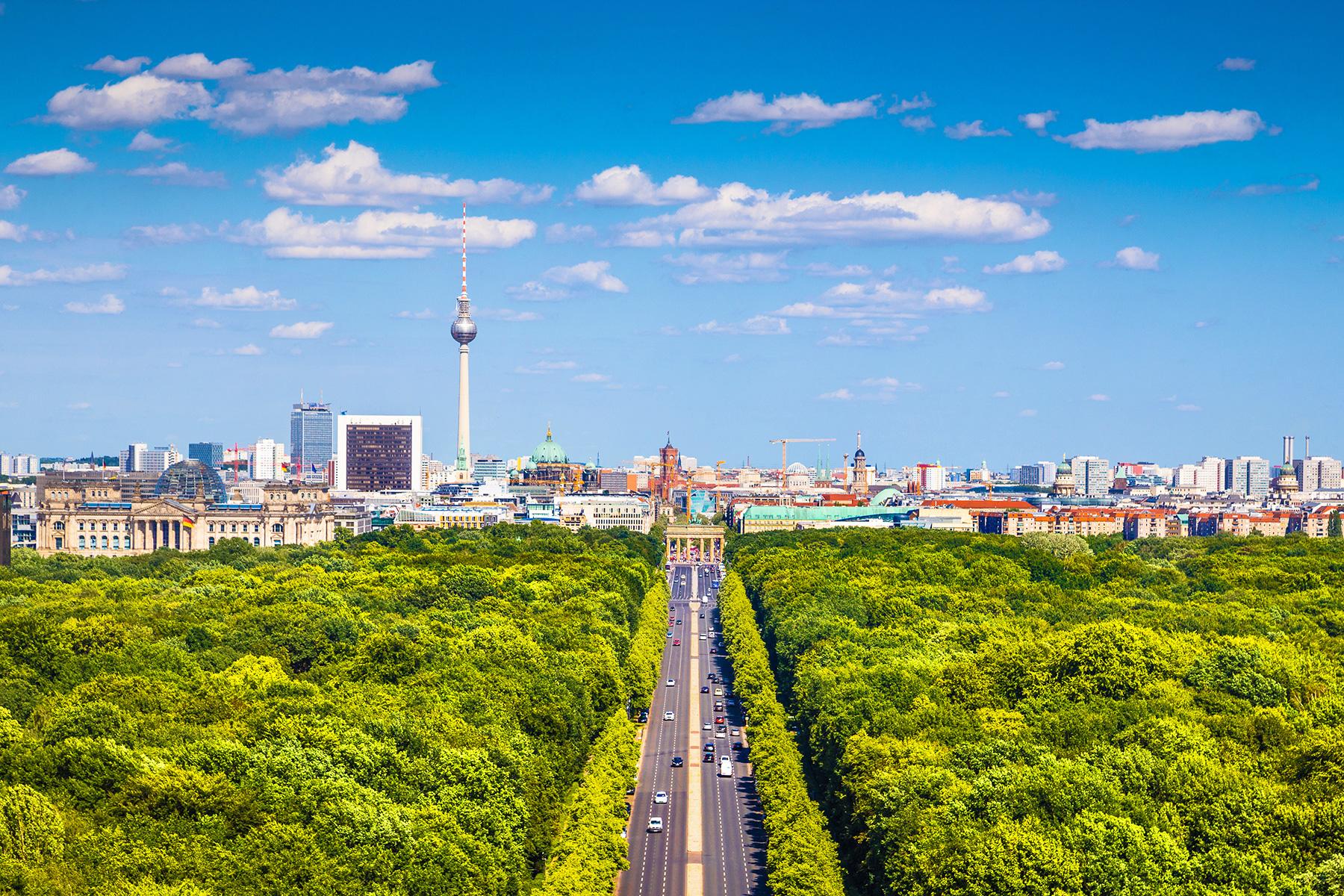 In February, Germany announced that it was looking at easing restrictions in phases and by March 20, it would end most COVID measures. However, Health Minister Karl Lauterbach on March 11 called the situation critical as the country witnessed a massive spike in cases. Last week, the country recorded more than 300,000 daily cases for the first time.

Even as the country grapples with a high rate of infection, lawmakers have voted to ease federal masking and testing restrictions, a move that the health minister thinks has come too soon. States are keeping their mandates in place. 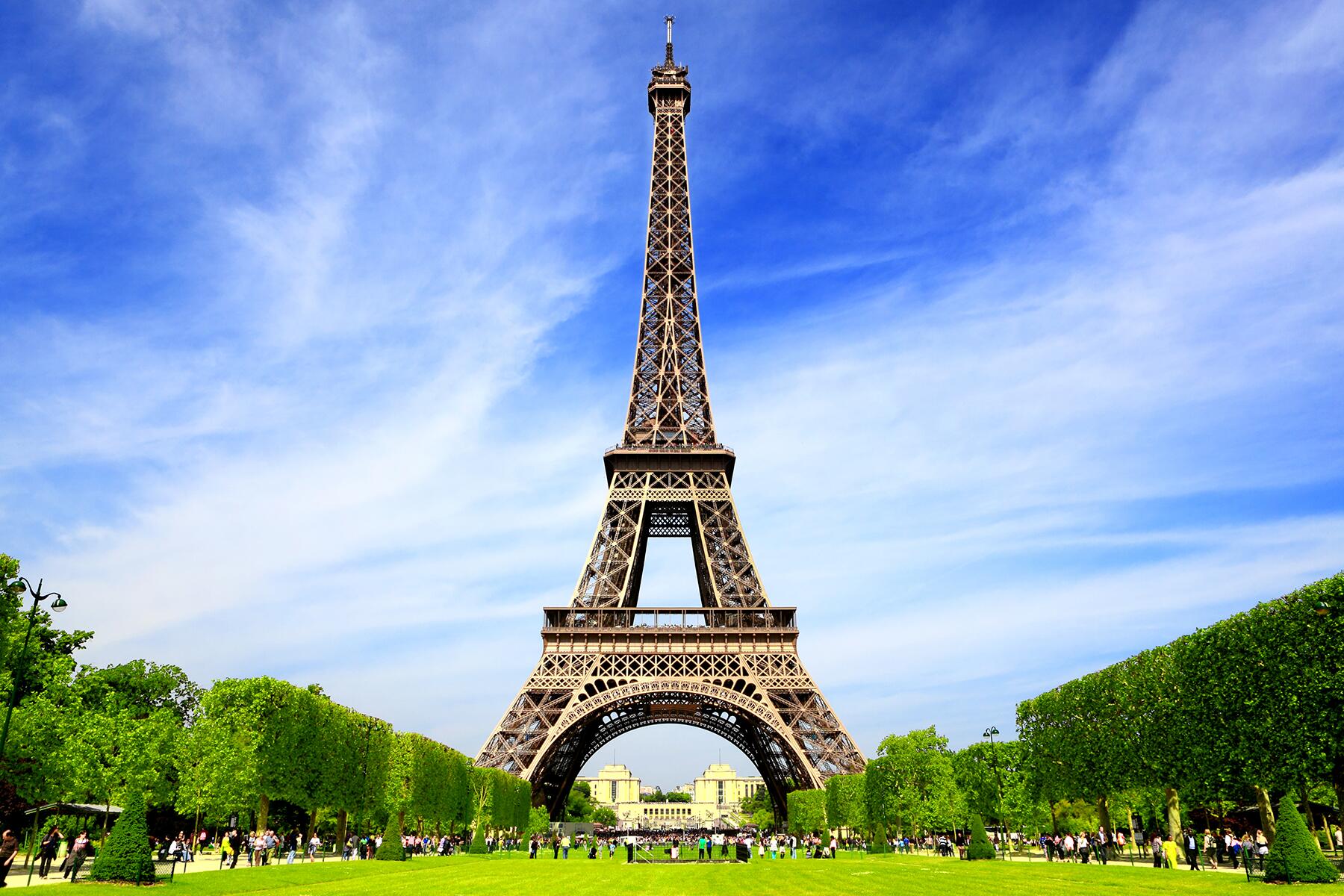 France, too, relaxed restrictions in March, allowing people to go maskless and letting unvaccinated individuals visit restaurants and events. However, hospitalizations are showing an upward trend. The number of patients hospitalized due to COVID-19 over the past 24 hours is 21,073—it’s the highest daily spike since February 1. 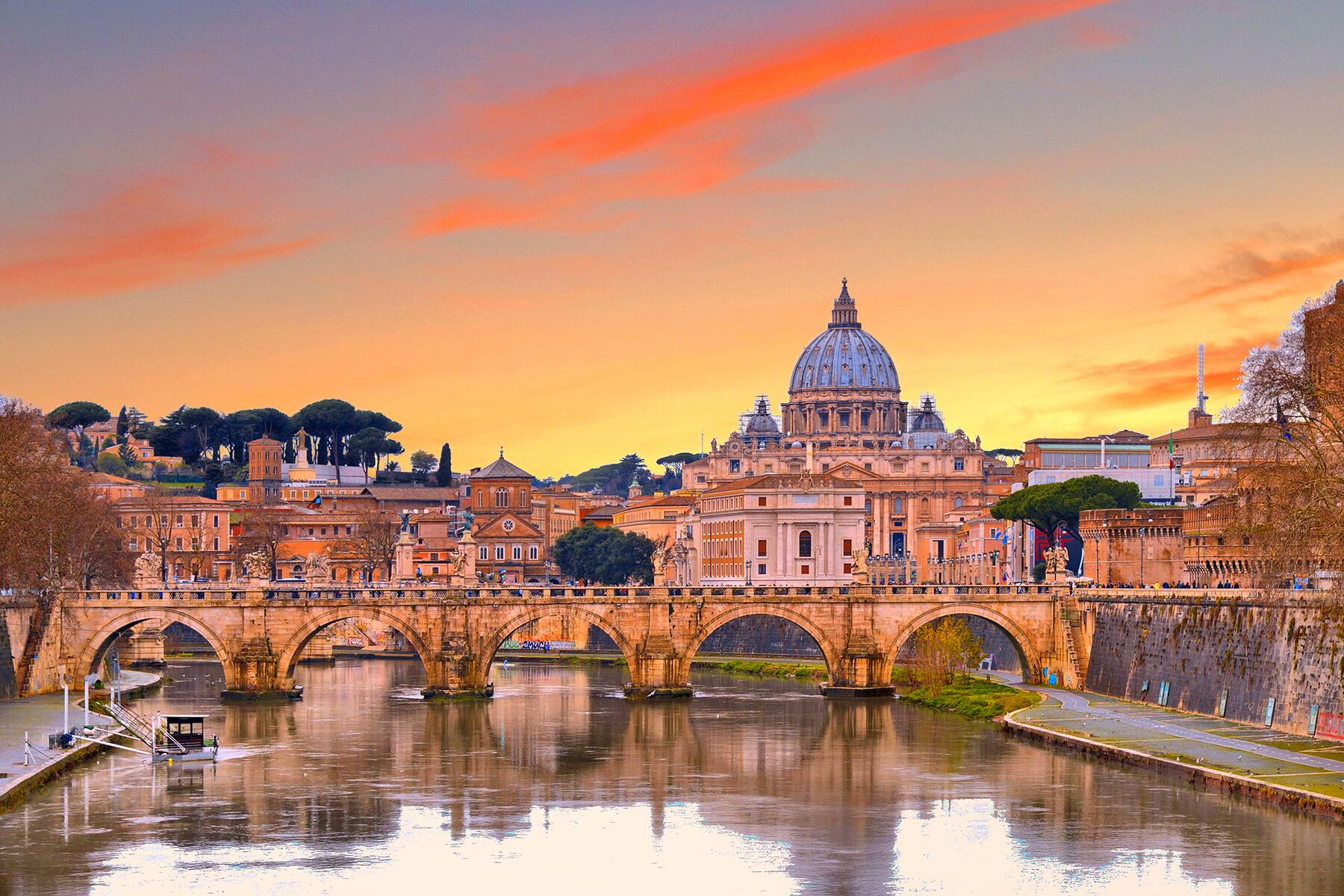 One of the most severely affected countries in the world, Italy has recorded 158,877 coronavirus-related deaths according to Reuters, the second-most in Europe after the UK. The cases are peaking again with a daily increase of more than 70,000 on average. The country will not renew its state of emergency status after March 31 and outdoor mask mandates have already been scrapped. You still need to wear a mask indoors and maintain social distance. 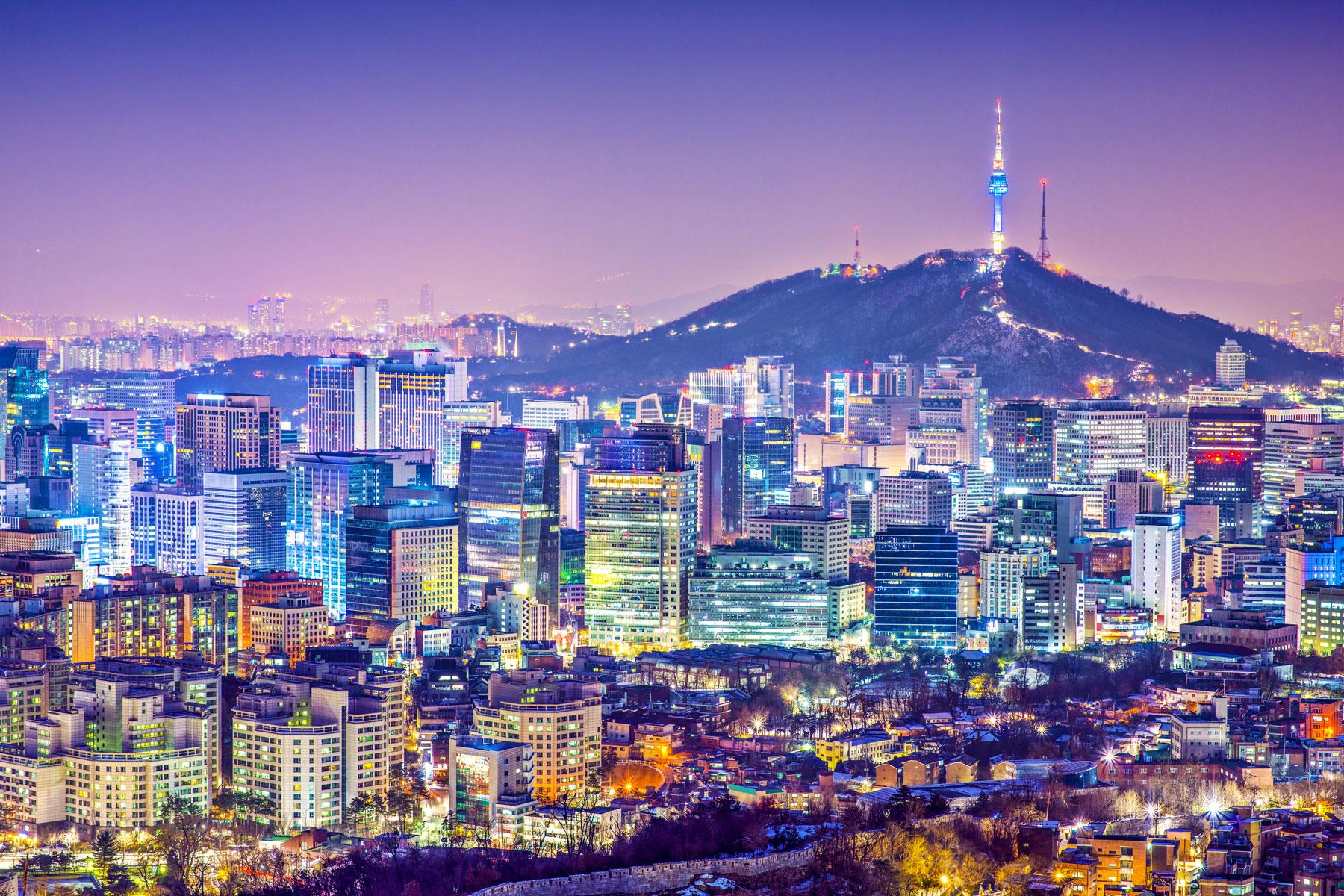 Currently overwhelmed by cases, South Korea is reporting more than 300,000 new infections on average every day—the most in the world currently. The caseload has risen to more than 12 million since the pandemic began and one in five South Koreans have been infected in the last two years. The death toll is also increasing and crematoriums are bogged down by the demand.

South Korea had tight restrictions to control the spread since the pandemic began, but it has started to ease up and from April 1, the country will no longer require foreign travelers to quarantine if they’re vaccinated and boosted. 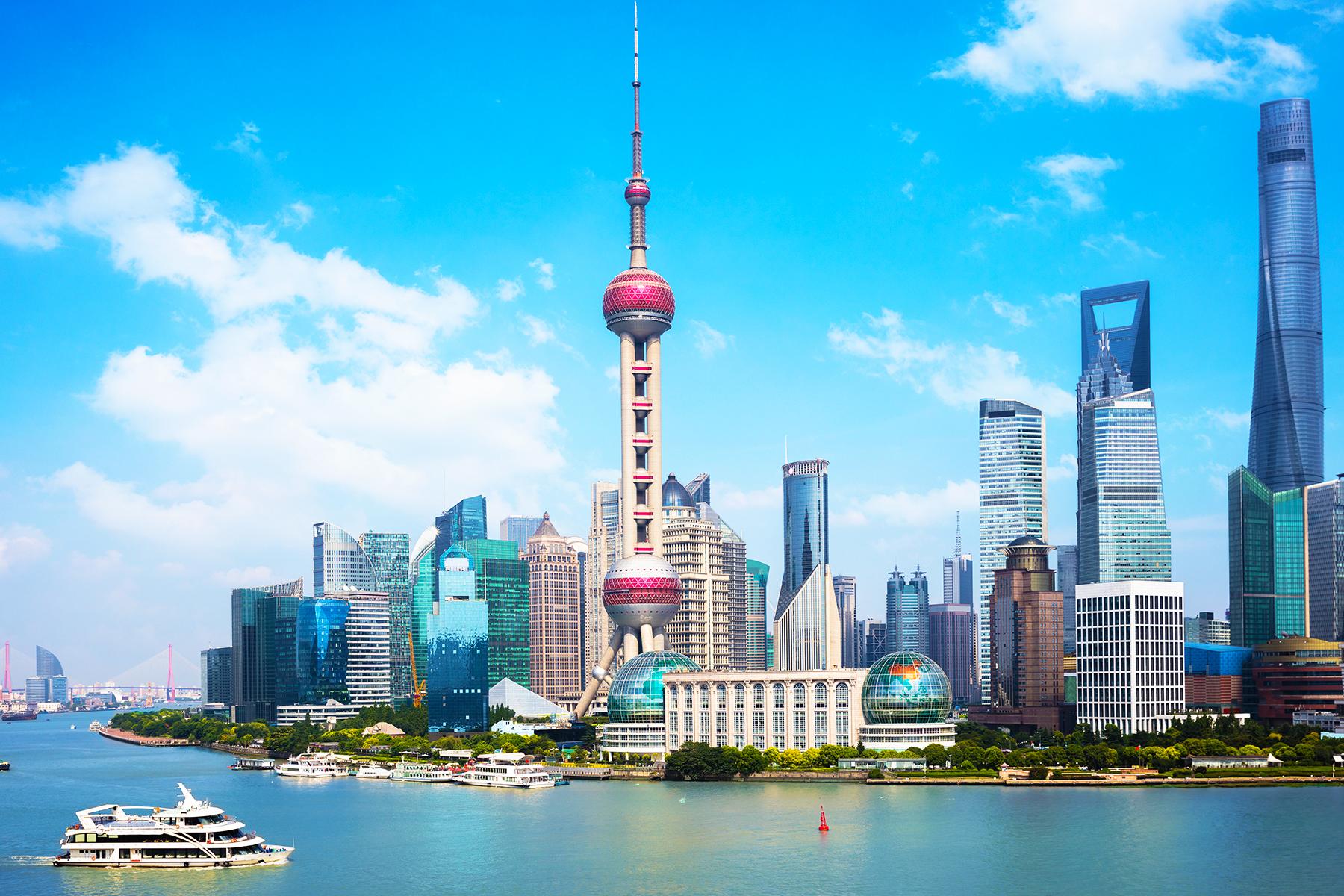 China is experiencing a surge in COVID cases. The country reported nearly 5,000 cases—their highest ever—and its financial center, Shanghai, has been identified as one of the hotspots. The city of 26 million is going under lockdown in phases for nine days as the residents undergo mass testing. Residents won’t be allowed to leave home unless to get tested, and public transport will come to a halt. This will be the most extensive lockdown the country has implemented in two years, so there are reports of panic-buying.

China has a zero-COVID strategy, so it has dodged the record-high numbers that have made headlines across Europe, Asia, and the Americas. It has locked down the Jilin province, which is also reporting a surge in cases. 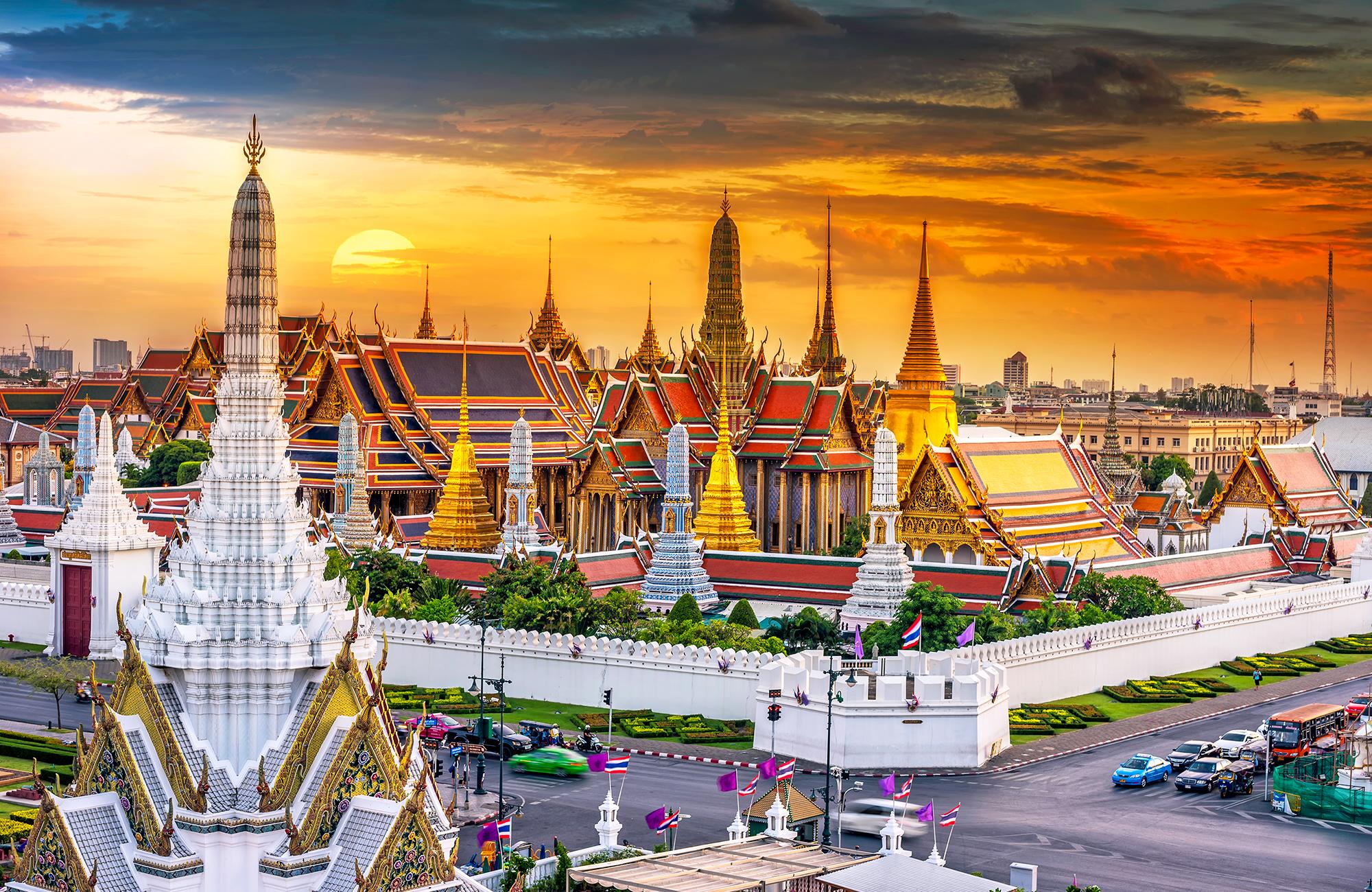 Traveling to Thailand has become easier in the past few weeks in a bid to encourage tourism. Now the Asian country has announced that it would scrap the pre-testing requirement for foreign arrivals from April 1. They still need to take a test on arrival and on the fifth day though.

But travelers should know that cases are going up in the country. The daily average is more than 25,000 and fatalities are increasing, too. 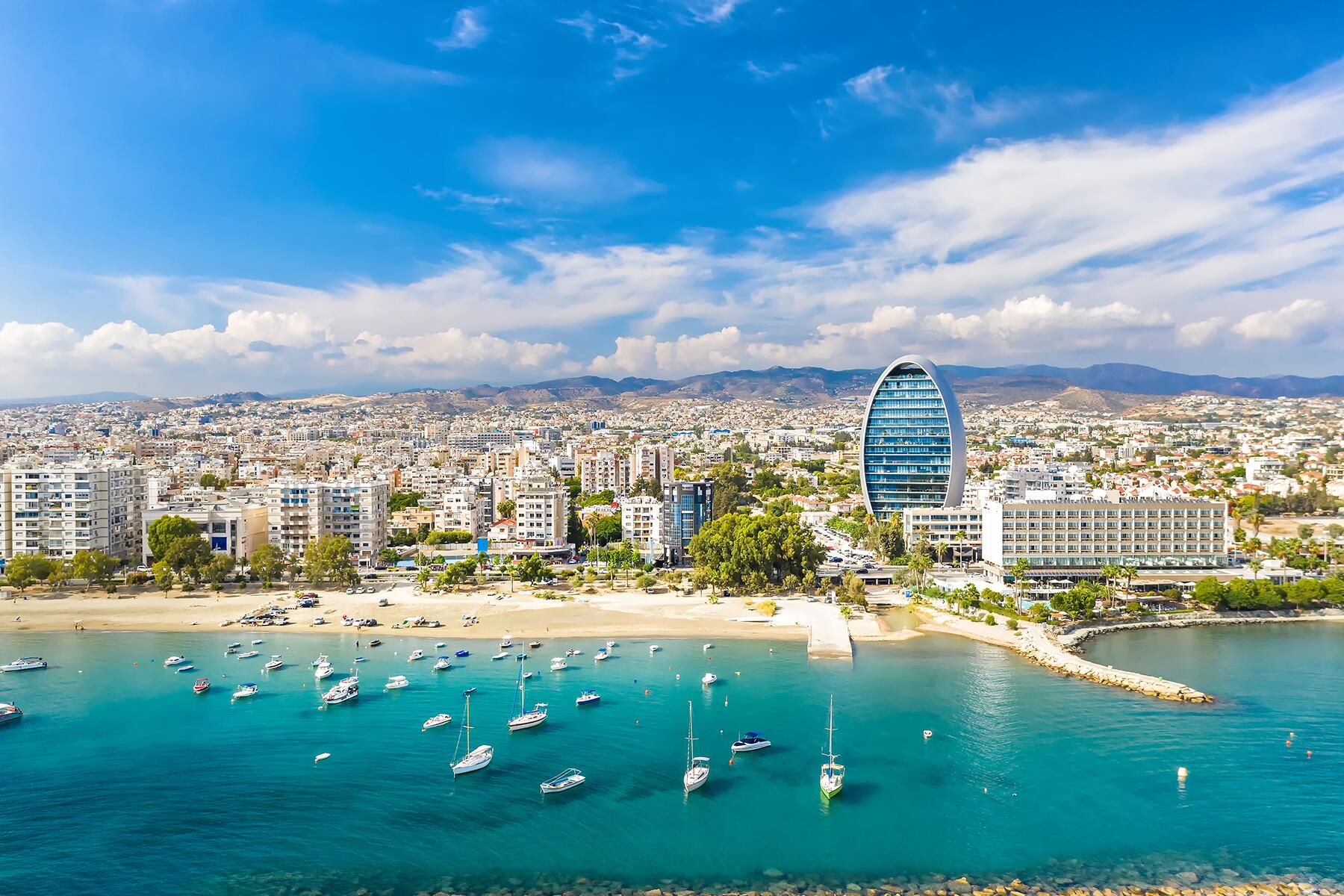 Infections are steadily rising in Cyprus with the highest average of 4,800 daily cases. The country hasn’t relaxed its mask mandates, so everyone needs to mask up indoors and outdoors and there are social distancing protocols in place. Note that the CDC warns against traveling to the island. 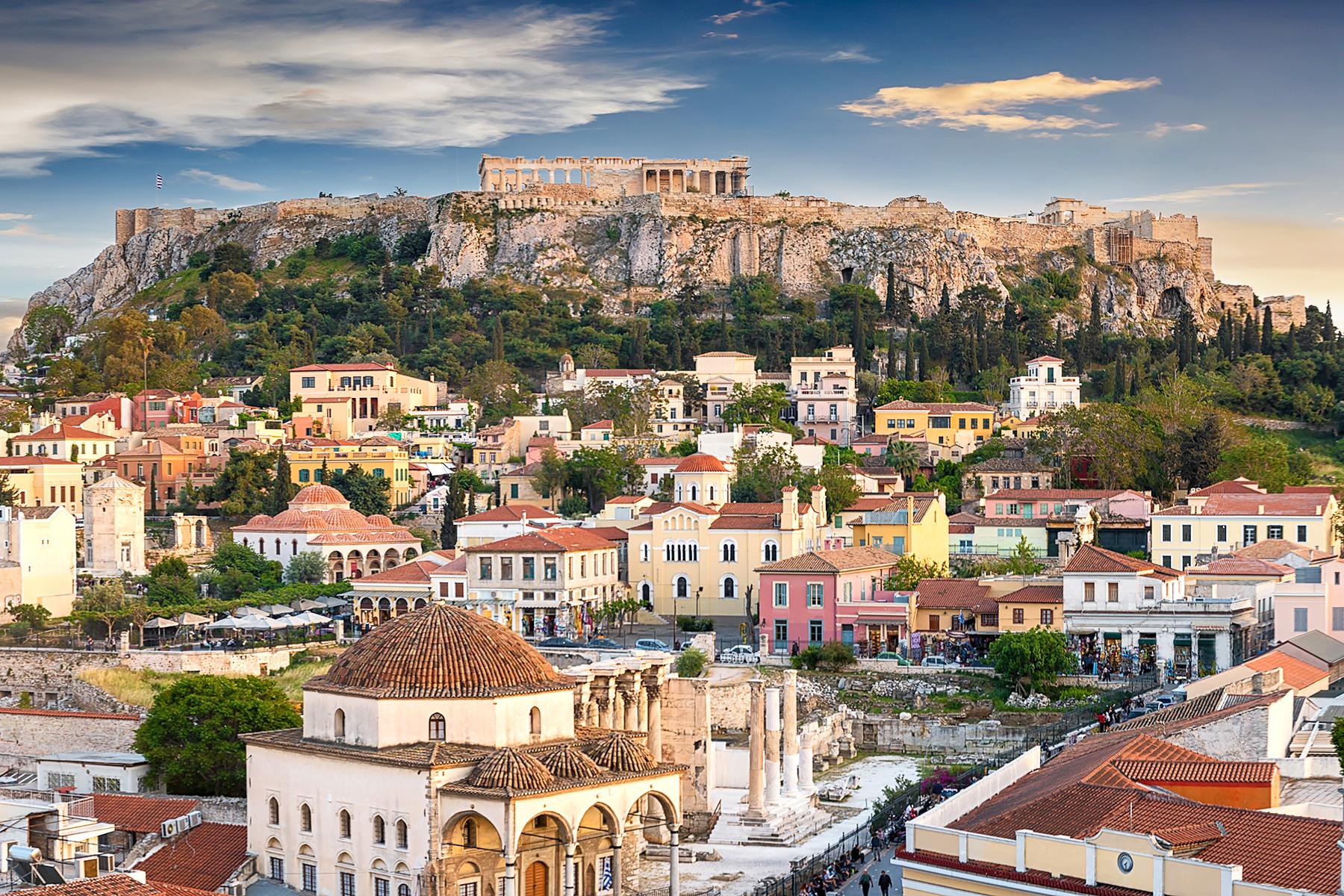 Unlike other European countries, Greece hasn’t completely suspended its masking and entry rules. You’re still required to wear a mask indoors and in congested outdoor spaces. Check the other requirements here.

The country, however, is reporting more than 20,000 cases on average every day and the CDC has added it to its Level 4: Do Not Travel list. Greek Prime Minister Kyriakos Mitsotakis also tested positive recently. 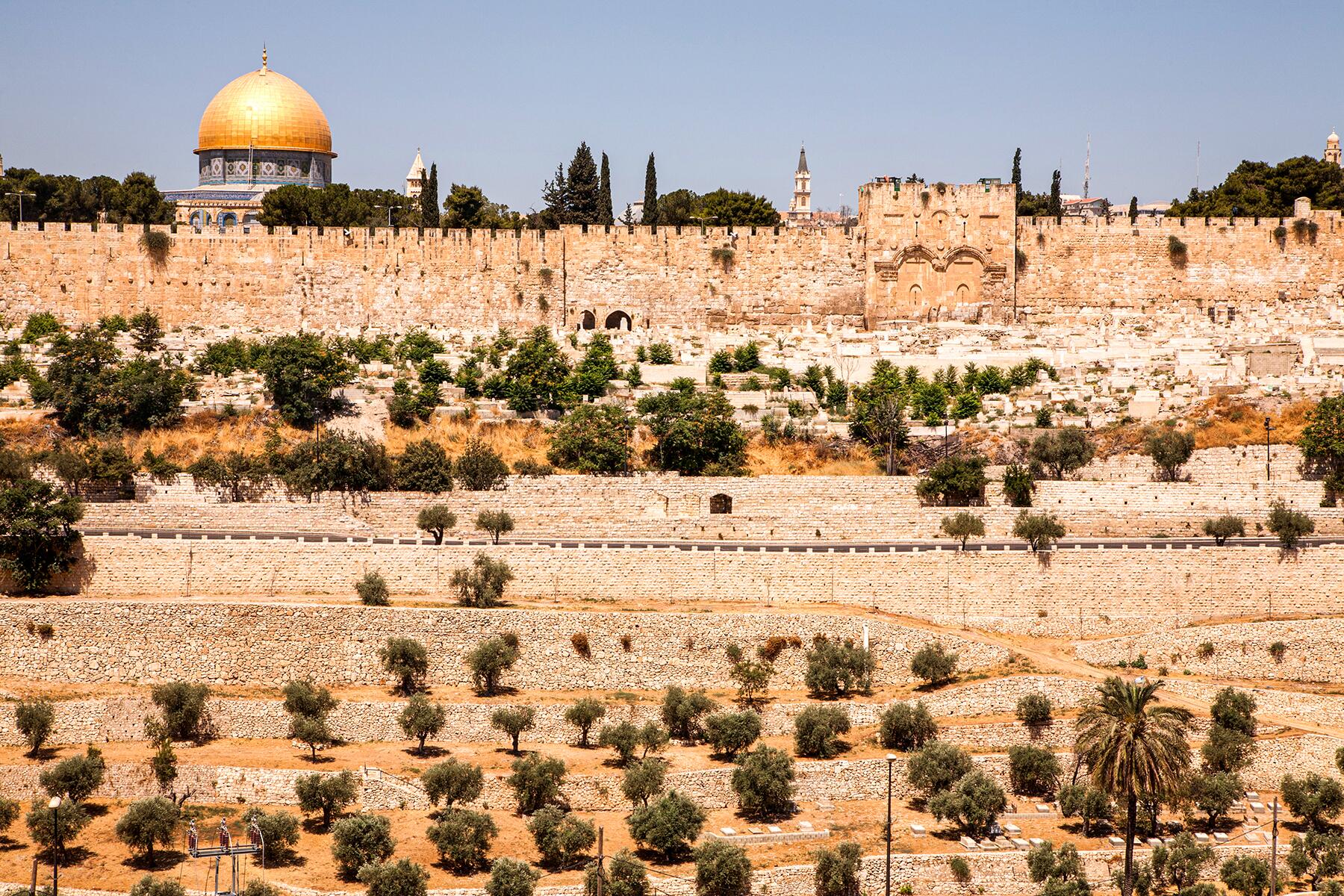 Another resurgence is being reported in Israel, whose Prime Minister Naftali Bennett also tested positive this week. More than 14,000 cases are being reported on average each day and the country has decided to postpone the relaxation of mandates from April 1 to May 1.

A new variant—a combination of Omicron sub-variants BA.1 and BA.2—was also recorded in Israel. It’s not a cause of concern right now.