Make this the year to see spectacular exhibits featuring art by masters worldwide.

For globetrotting art lovers, last year was a thrilling, if not exhausting, year that brought the major art events of Documenta, the Venice Biennale and Skulptur Projekte Münster all together in a rare alignment. But that doesn’t mean 2017 will be impossible to top. From still-fresh new museums and inaugural biennials to art events that encompass everything from contemplation of the future of our oceans to immersive infinity rooms, a giant Buddha, and a much-loved (and missed) rock star’s costumes, 2018 promises to be another exciting year for art.

Arts & Culture Christina Jane A Guide to Visiting and Supporting the Black-Owned Businesses of Tremé, New Orleans
1 OF 14

In its 17-year history, London’s Tate Modern has hosted several blockbuster exhibitions of the modernist masters. The museum’s 2014 show Henri Matisse: The Cut-Outs holds the title of the Tate’s most-attended show, previously held by 2002’s Matisse Picasso. In a neat bit of symmetry, the Tate Modern will open its first-ever solo Picasso show in March—“one of the most significant shows the gallery has ever staged.”

The EY Exhibition Picasso 1932 – Love, Fame, Tragedy will focus on just one year in the artist’s life: 1932, when his paintings “reached a new level of sensuality and he cemented his celebrity status as the most influential artist of the early 20th century.” The exhibition will include three nude paintings of his lover Marie-Thérèse Walter, Nude, Green Leaves and Bust, Nude in a Black Armchair and The Mirror, shown together for the first time since 1932.

David Bowie is at Brooklyn Museum

All good things must come to an end and so David Bowie is, which has been touring the world for the past five years, takes its final bow in 2018. Luckily for (Young) Americans, specifically New Yorkers, it makes its last stop at the Brooklyn Museum.

First shown at London’s Victoria and Albert Museum in 2013, the exhibition is made up of 400 items, including costumes, album art, photographs, and videos, drawn from the David Bowie Archive, as well as oil paintings and sketches made by the hands of the late, great Starman himself.

Yayoi Kusama: Infinity Mirrors, a major survey of the radical Japanese artist’s immersive infinity rooms, has been touring North America for the past year. Having debuted at the Hirshhorn in Washington, D.C., the exhibition traveled to Seattle then Los Angeles and will land at the Art Gallery of Ontario (AGO), its only Canadian stop, in March. Each stop for the dazzling and dizzying exhibition (which features the artist’s signature mirrored rooms and bold polka dots) has seen such frenzied interest that thousands of art lovers (and let’s be honest, Instagrammers) have been shut out and deeply disappointed. Indeed, AGO found itself overwhelmed when members’ tickets went on sale in December, with, at one point, 18,000 people waiting in line on their ticket-booking system. 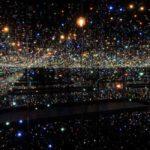 Should you manage to actually score a ticket, be prepared for even more lines as you wait for your turn to enjoy a whole 30 seconds in each of Kusama’s six infinity rooms. If you don’t, you can try again for the exhibition’s next stop at the Cleveland Museum of Art in July.

The astonishing new Zeitz Museum of Contemporary African Art broke new ground when it opened in September 2017. Housed in a hollowed-out grain silo building on Cape Town’s V&A Waterfront, it is now South Africa’s biggest art museum and home to possibly the world’s most important collection of 21st-century art from across Africa and the diaspora. 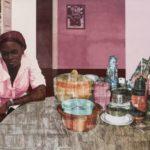 Thought provoking and provocative art fills more than 100 galleries and there’s still time to catch some of the best opening exhibitions. Regarding the Ease of Others, an early career retrospective of the work of young Zimbabwean artist Kudzanai Chiurai examines subjectivity and the way history is told through multimedia works that include a theatrical and heavily stylized cinematic reinterpretation of The Last Supper featuring AK-47 wielding rebel fighters.

Museum is open year-round; Regarding the Ease of Others through March 31, 2018

Founded in 2011 by art patron and philanthropist Francesca von Habsburg, the mission of TBA21-Academy is to advance a deeper understanding of the ocean through the lens of art. Its programming over the past seven years has included major new commissions, performances, and cross-disciplinary symposia around the world. In spring the Academy launches the second cycle of The Current, its fellowship program that takes artists and curators on interdisciplinary voyages aboard a boat named Dardanella throughout the Pacific. The Current II will be led by Danish artist group Superflex and Chus Martínez.

Before that, Oceans: Une vision du monde au rythme des vagues, an exploration into the cultural, political, and biological dimensions of the oceans, examining the effects of human-made issues, such as climate change and rising sea-levels, opens in February in France. Also in February, Purple, John Akomfrah’s immersive six-channel video installation exploring climate change opens at the Thyssen-Bornemisza Museum in Madrid. Akomfrah’s work was inspired by his TBA21–Academy expeditions in December 2016 onboard the Dardanella.

The Current at Baha Mar

You might head for the Bahamas purely in the mood to spend quality time with the sun, sea and swim-up bars, but it’s now easier to appreciate the islands’ art scene, too. The new Cable Beach mega resort Baha Mar, which houses three hotels—the just-opened Baha Mar and SLS, as well as the soon-to-open Rosewood—is home to one of the world’s largest collections of Bahamian art as well as The Current art studios. Overseen by the Bahamian artist John Cox, The Current supports local artists and offers creative experiences for visitors through artist residencies, exhibitions, tours on and off the resort and workshops in which guests can learn skills from local artists.

The November 2017 opening of the Louvre Abu Dhabi marked a milestone for art in the Middle East. Designed by Pritzker-winning architect Jean Nouvel, the museum’s dazzling design is meant to evoke a “seemingly floating dome structure.” In true flashy Emirati style, the building, on Saadiyat Island, even has its own marina where private yachts can dock.

The museum’s collection ranges from prehistoric artifacts to contemporary artworks but most notable is the recently acquired and soon to be unveiled Salvator Mundi, the heavily restored work by Leonardo da Vinci, which sold for a record-breaking $450 million in November—incidentally, that’s more than it cost to build the museum. In the meantime, you can see 150 works from the Chateau de Versailles and the Louvre Paris’ earliest collections in the museum’s opening exhibition From One Louvre to Another.

Museum is open year-round; From One Louvre to Another through April 7, 2018

For its 12th iteration, Manifesta, the nomadic European biennial of contemporary art, touches down in Palermo, Sicily in June. Working with the concept of The Planetary Garden: Cultivating Coexistence, and employing an interdisciplinary team of ‘creative meditators,’ rather than a single curator, the exhibition will explore unseen connections, new intelligence, and increasing inequalities through the lens of its host city.

Francesco Lojacono’s 1875 painting View of Palermo and Palermo’s botanical garden, both of which depict various non-indigenous flora in the city, provides the biennial’s prompt from which to explore the idea of Palermo (which is at the crossroads of three continents) as a garden that has been defined by continuous migration and cross-pollination. The exhibition will spread out across various city venues, including historic theaters, and piazze.

You might as well just stay in Europe all month because there’s another big biennial opening in June. The 10th edition of the Berlin Biennale, curated by South African Gabi Ngcobo, with a curatorial team that includes Moses Serubiri from Uganda, Nomaduma Rosa Masilela from the U.S, Brazilian Thiago de Paula Souza and German Yvette Mutumba, will take place in several venues across the German capital. Appropriately for our anxious times, and given its central European vantage point, the biennial will propose “a plan for how to face a collective madness,” with self-care and self-preservation as key strategies “as acts of dismantling dominant structures and building from a non-hierarchical position.”

Two hours by bullet train from Tokyo, Echigo-Tsumari Art Field is home to site-specific works by 160 international artists, including Jenny Holzer, Yayoi Kusama, and Marina Abramovic. The works are scattered over 293 square miles of rural Niigata, an area where the curators state, “humans have co-existed with nature and developed a way of life described as satoyama.” The seventh edition of the Echigo-Tsumari Triennale, which begins in July, showcases both old and new works and examines the role of architecture and art in “an era in which a regional sense of value has been swamped by globalization.”

After the Venice Biennale (which returns in 2019) the Sao Paulo Biennale is the second oldest art biennial in the world. Sao Paulo’s contemporary art scene is thriving—despite a rash of by harsh censorship and right-wing attacks over the past few months—so this year’s edition, the 33rd, should be worth the trip. Spanish curator Gabriel Pérez-Barreiro has invited seven artists from Spain, Uruguay, Argentina, Sweden, Brazil and the U.S to curate seven different group shows. Guided by the principal of Affective Affinities, the curators are interested in showing the artistic and cultural links and affinities and the multiple influences that are intrinsic to the artistic process.”

In the lead-up to Mayflower 400 in 2020, a commemoration of the 400th anniversary of the voyage of the Mayflower from Plymouth, U.K to Plymouth, MA, The Atlantic Project is a new festival of contemporary art which aims to test the grounds for a new biennial in the U.K. Site-specific works by such renowned international artists as Hito Steyerl and Liu Chuang will be on view in outdoor locations across the city, and will take the city’s long history of maritime exploration as inspiration.

In the second half of 2018, Scotland’s first design museum will open in a Kengo Kuma-designed building on the banks of the River Tay in Dundee. While this post-industrial, oft-lamented city may seem an odd destination for the first V&A museum outside of London, Dundee does in fact hold bragging rights to being the U.K’s only UNESCO City of Design.

As well as hosting temporary design-focused exhibitions, the V&A Dundee’s permanent galleries will hold a collection that ranges from a 15th-century book of illuminated manuscripts to a diamond winged Cartier tiara and a video game that is still in development.

The first-ever Bangkok Biennale opens in the Thai capital in November 2018.

Taking place in such famed sites as Wat Pho, Wat Arun, and Lumphini Park, the exhibition will feature contemporary art from Asia, Europe, and the Pacific region around the theme “Beyond Bliss.” At the biennale’s launch, chief executive and artistic director Apinan Poshyananda said, “we live in the age of chaos, disruption . . . and violence. So the search for your bliss is up to the individual artist … as well as the visitors who come to Bangkok. We all want to find our own bliss.” Serbian performance artist Marina Abramovic and Japanese painter and sculptor Yoshitomo Nara are among the first participating artists to have been announced.