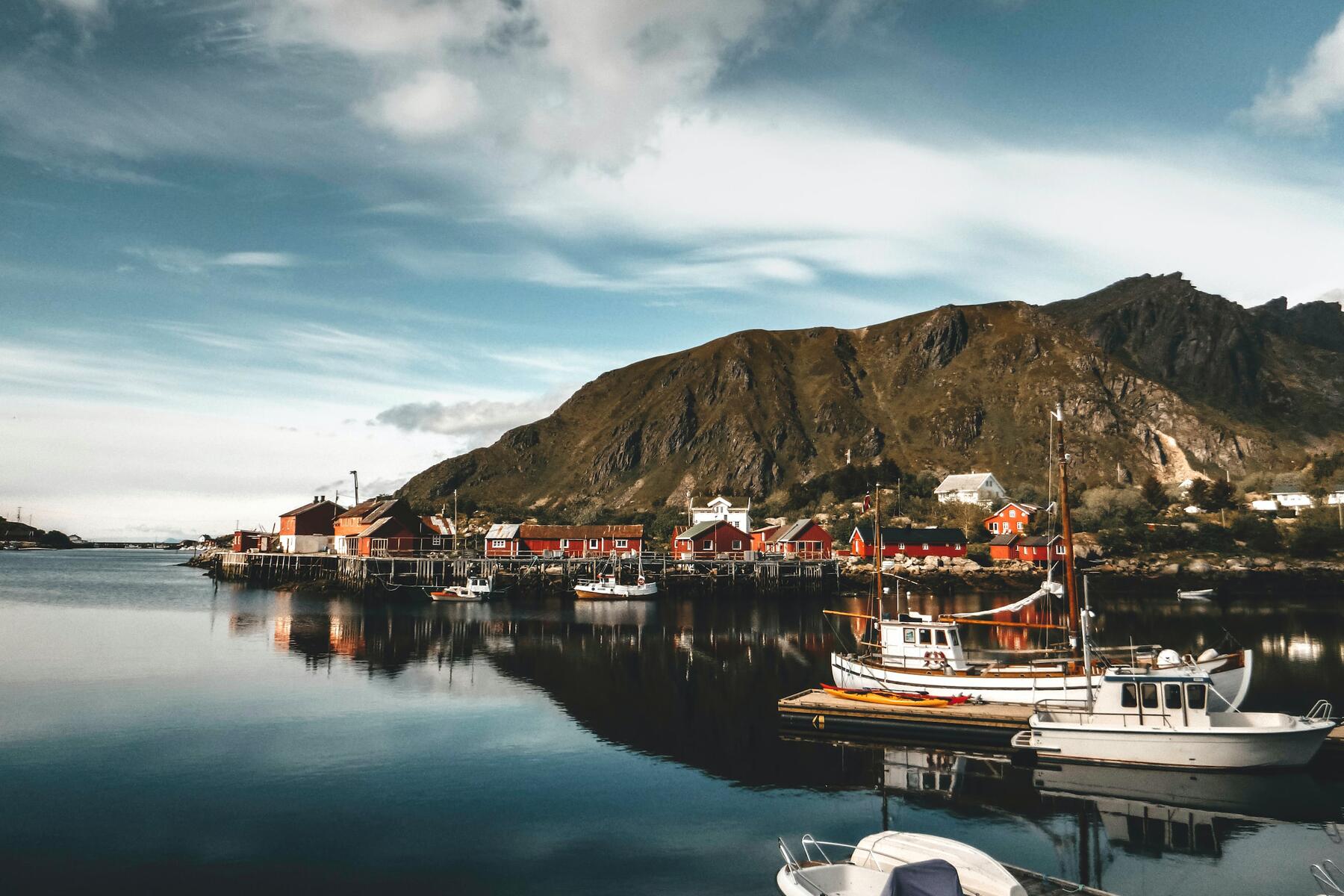 Deals Karen Asp There's a Clever Way to Get a Free Trip to Sweden. But There's a Catch
Sean Pavone/Shutterstock

Ingenious ways to pass for a die-hard New England Yankee!

New England has its share of regional character, color, and flavor—not to mention a few geographical and seasonal challenges. The colloquialisms are rich, the roads are circuitous, and the traditions (shaped by climate and topography as well as heritage) are truly time-honored. Here are some tips that will enrich your trip and ease your travels.

Deals Karen Asp There's a Clever Way to Get a Free Trip to Sweden. But There's a Catch
1 OF 11

To avoid seeming like a chowdah-head (aka “chowder head” aka “idiot”), brush up on some basic dialect. Want a big, long sandwich? Order a grinder, not a sub or a hero, and wash it down with a frappe or a tonic, not a milkshake or soda. At the hotel, grab the clickah (clicker) to change the TV station. At the supermarket, grab a carriage to shop for picnic sundries. If people direct you to a rotary, they mean traffic circle. And, even if you’re traveling north toward, say, Bar Harbor, you’re headed Down East.

You can’t always get theah from heah.

As this famous regional saying implies, the shortest distance between two points isn’t always a straight—or single–line. Finding New England means getting lost while driving its scenic byways. And GPS and cellphone service will be disrupted, especially up north, so pack road maps or an atlas.

There are a few places where you won’t need a car, though. Cities, particularly Boston, have great public transit options to, within, and around them. Block Island, Nantucket, and Martha’s Vineyard are bike friendly and have good taxi and/or shuttle services. In Acadia National Park, you’ll have to trade your car for hiking boots, a bike, or a carriage (an actual horse-and-buggy, not a shopping cart).

INSIDER TIPElevations aren’t as dramatic as those out west, but car sickness is possible on drives through the Green or White Mountains. Even south, amid the gentler terrain of Massachusetts’ Berkshires or Connecticut’s Litchfield Hills, roads ribbon up, down, and around—just as they do along rugged, often-precipitous stretches of Atlantic coast.

You might have to dig a little deeper to sightsee here, but it’s worth it. Most villages have a Colonial- or Revolutionary-era homestead or site, small museum or historical society, and time-honored tavern or country store. And it’s not just Boston and New Haven that have photo-worthy commons (open spaces once used for grazing livestock and around which towns were built). You can find traditional greens in many small towns, from Woodstock, Vermont, to Bethel, Maine.

Even the big cities here are relatively small.

Boston, the region’s largest city, has just about 650,000 people; the next biggest, Worcester, Massachusetts, has just over 180,000. Still, most cities have thriving cultural scenes; several are major university towns (New Haven, Providence, Burlington) and/or are steeped in history (Portland). Regardless, you can allow less time for urban explorations and more time for losing yourself in the bucolic settings.

Field-or-fishing-boat-to-table is the norm, with abundant local produce and seafood that includes lobster; quahogs or other clams; bay or sea scallops; and pollack, hake, haddock, or cod (the latter two might appear on local menus as “scrod”). In Maine, lobster-roll meat is dressed in mayonnaise; in Connecticut, it’s drizzled with melted butter. Chowder is creamy, except in Rhode Island, where it has a clear but flavorful broth, and Connecticut, where it might be made with milk and contain bacon.

Boston has its famous baked beans and cream pies (made with cream or custard); Rhode Island has its Johnnycakes (fried cornmeal patties). Everywhere, though, maple syrup adorns shaved ice (or snow!) and ice cream as well as pancakes; breakfast home fries are griddled and seasoned just so; and craft beer and cider pair well with boiled dinners and Yankee pot roast.

INSIDER TIPBe sure to try a Moxie, an “energizing,” regionally unique tonic (aka soda).

In the land of the country inn, it’s best to book ahead.

Although there are abundant chain hotels and several large, notable Victorians—seaside and near the slopes—smaller inns, often historical and privately owned, are among the best lodgings. Loads of charm and lower room counts make booking ahead essential, especially during peak seasons, when there might also be a two-night minimum.

INSIDER TIP“Peak seasons” vary by state. Leaf-peeping season is roughly late September to mid-October in Maine, New Hampshire, and Vermont and mid- to late October in Connecticut, Massachusetts, and Rhode Island. In the southern ski areas, the season runs December through March; up north it might be November through April or even May.

The Atlantic is cold up here.

Even in late August, ocean temperatures off Maine and New Hampshire only climb to the upper 50s or lower 60s—still limb-numbingly chilly. Wetsuits (and water shoes for rockier shores) are musts. Temperatures are warmer near Boston and points south, where the Atlantic’s summer highs are in the mid-60s to mid-or-upper 70s. Obviously, the farther north you go, the shorter the beach season, with some properties reducing their hours or shuttering entirely between Labor Day and Memorial Day or July Fourth.

When it comes to parkland, the states have it.

Although much of New England is woodsy, the entire region has only one national park (Acadia) and just two national forests (Green Mountain and White Mountain). That said, there are plenty of opportunities to hike, canoe, kayak, mountain bike, camp, and otherwise embrace the outdoors in the plethora of park or recreation/wilderness areas overseen by each state.

Some of the flies bite.

First, it’s the black flies, whose bites leave red, itchy welts. May through June is the season, which is particularly notorious in Maine. Then, in July, it’s the deer flies. Summer also sees greenhead flies (aka saltmarsh greenheads) in some coastal areas. On hikes, use insect repellent and wear clothing that covers your arms and legs. And don’t forget to check for ticks. The disease they’re known to carry was named after a New England town: Lyme, Connecticut.

The people are warm and welcoming.

The idea of the self-reliant, thrifty, and often stoic New England Yankee has taken on almost mythic proportions in American folklore, but in some parts of New England—especially in rural Maine, New Hampshire, and Vermont—there still is some truth to this image, which shouldn’t come as a surprise. You need to be independent if you farm an isolated field, live in the middle of a vast forest, or work a fishing boat miles off the coast. As in any part of the country, there are stark differences between the city mice and the country mice of New England. Both, however, are usually well educated and fiercely proud of the region, its rugged beauty, and its contributions to the nation.

Sports are a religion.

This is Sox and Pats country. New England fans follow Massachusetts’ sports teams as if they were their own. Boston is home to three of the region’s four major sports teams—Red Sox baseball, Bruins hockey, and Celtics basketball. The New England Patriots (football) play in the small suburb of Foxboro, about 30 miles southwest of Downtown Boston. The city is also home to the Boston Marathon, New England’s largest sporting event and the world’s oldest annual marathon.