It’s fishing, but not as we know it.

When Paul Swanson sets out on a fishing trip from his home in Spokane, Washington, he’s unlikely to catch his supper. That’s not because the fish in the Spokane River aren’t biting. It’s because, rather than a lure dangling on the end of Swanson’s line, there’s a magnet, one powerful enough to lift up to 1,225 pounds.

There’s no knowing what Swanson or the rest of his magnet fishing crew, H20 Magnet Fortunes, will find beneath the rushing waters of the Spokane each time they unpack their magnets and ropes. And that’s partly the point, says Swanson.

“There’s just something about the current, the rope, the mystery, the what if!”

The stay-at-home dad has pulled all sorts of stuff out of the river in the three years since he founded H20, from sets of keys and bicycle wheels to safety deposit boxes (almost always empty, alas) and even cars. One of his group’s most treasured finds was a revolver that turned out to have been used in a murder that took place in Spokane 100 years ago.

There’s an added excitement with big-ticket items like these but Swanson isn’t picky about what he gets: “Whatever we can reach with our grappling hooks, it comes out,” he says.

Swanson and his H20 buddies—a core of between six and 12, plus several hundred who come along on an ad hoc basis–have pulled more than 18 tons of scrap metal from the Spokane River in the last three years. Over 15 tons of that haul has been recycled with local partner Pacific Steel & Recycling and the remainder was cleaned up and kept as mementos or upcycled into decorative objects. “My wife says that’s a little hidden talent I have,” Swanson says, a hint of pride in his voice. Any money made from recycling the scrap (prices can vary considerably but are currently around $50 per ton) is donated to local charities. 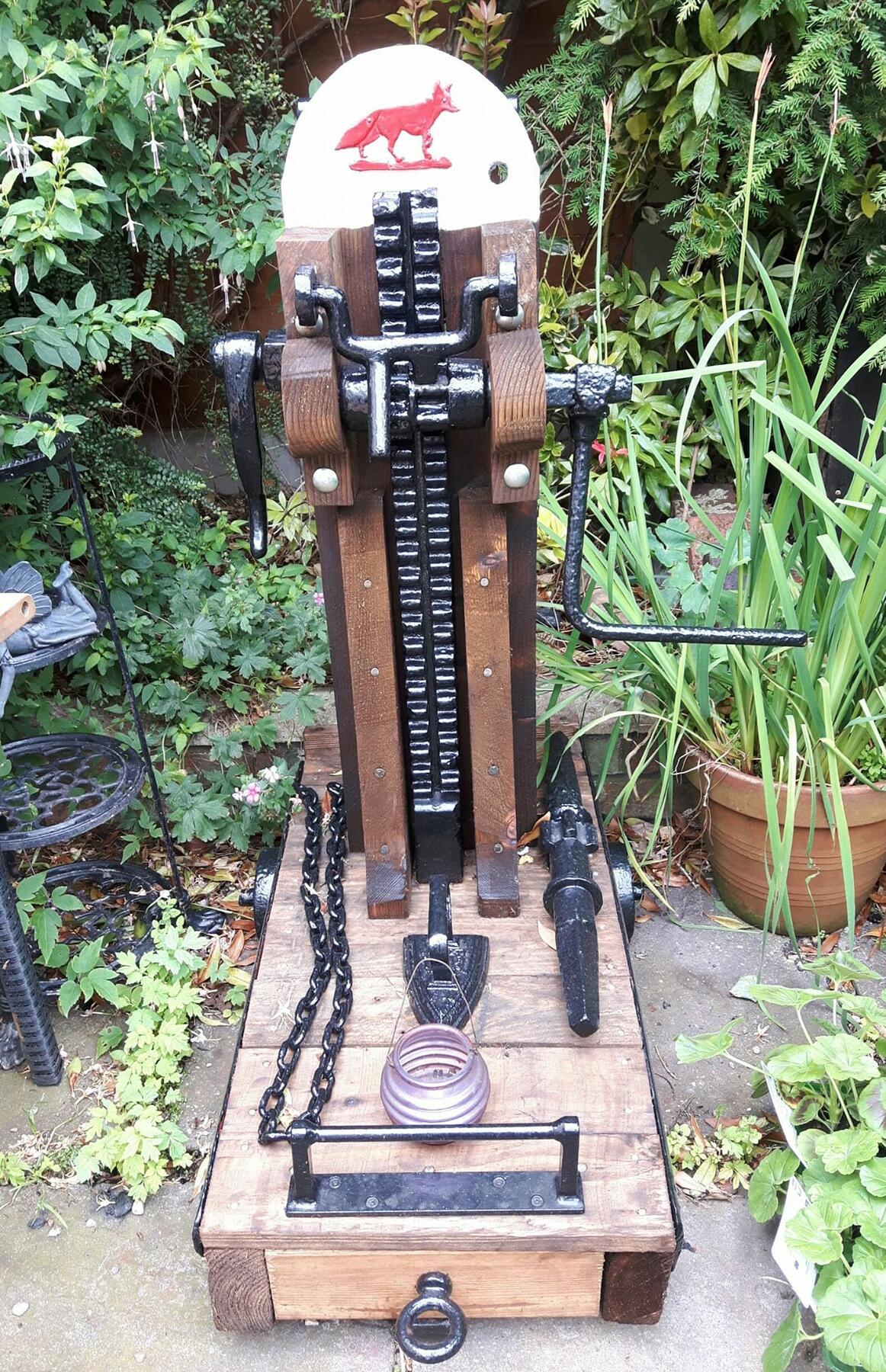 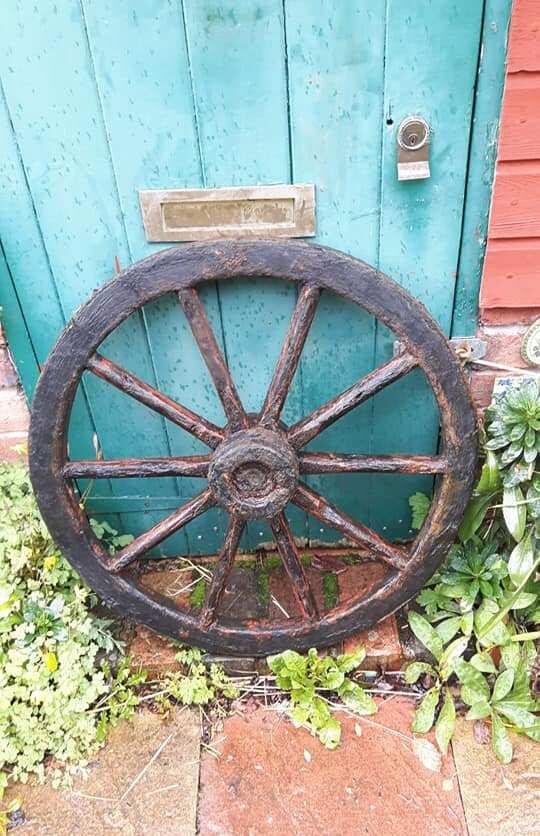 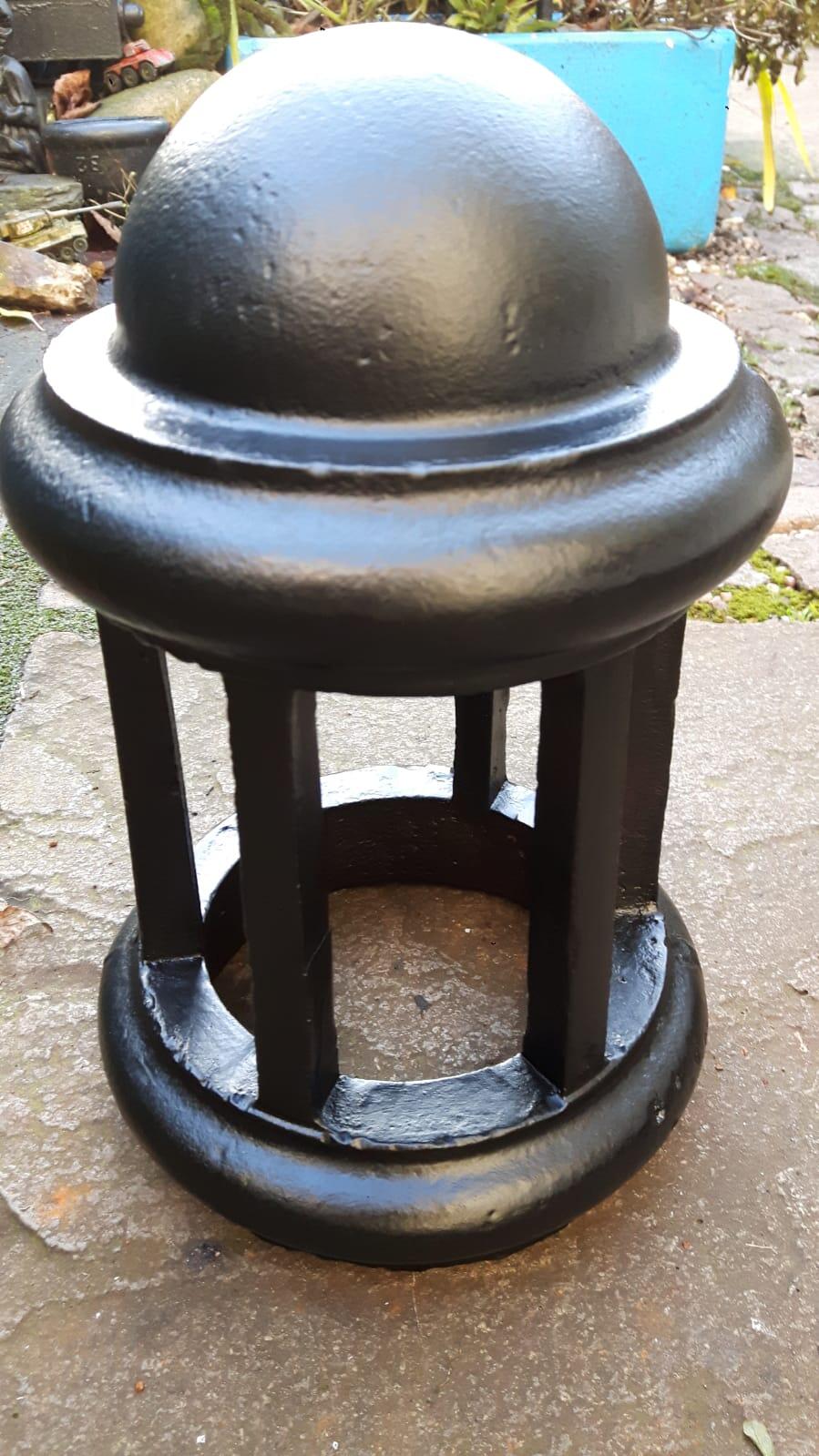 Swanson is delighted to able to give back in this way but regards this revenue as merely the icing on the cake. The real reason he spends so much time hanging over the side of a bridge dangling a magnet on a rope is the Spokane itself.

“Our main passion truly is the love of our waterway,” he says. “I’m saving our children’s children’s waterways. We’re very focused on that future.”

In addition to his work with H2O, which includes running magnet fishing field trips for local school kids to teach them about environmental stewardship, Swanson is one of the administrators of Magnet Fishing Club, a Facebook group with over 10,500 members from all over the world.

There are many such groups on Facebook, their discussion pages full of proud posts about exciting magnet fishing finds and links to YouTube videos with titles like “YOU’LL NEVER GUESS WHAT WE GOT – MOST DANGEROUS MAGNET FISHING HAUL EVER.”

They may look like classic clickbait but in a lot of instances, the danger they advertise is genuine, whether from discarded weapons such as guns and knives or, in the case of the British magnet fishing scene in particular, unexploded ordnance left over from the Second World War.

Donna Collins, who goes magnet fishing most days in the canals near her West Midlands home, remembers the “terrifying” moment she and her husband pulled a grenade out of the murky depths.

“I was proper panicking,” she recalls. “I was going, ‘Put it back in the water, I’ll phone the police.’” It was at that stage that her husband, a militaria enthusiast, noticed that the firing mechanism was missing and that the grenade, therefore, posed them no risk. No need to call the bomb squad that day. Cleaned up, nestling amongst the rest of the militaria, it’s one of the couple’s favorite finds.

But Collins’ true magnet fishing passion is artifacts relating to the history of the local area, a part of the U.K. known as the “Black Country.” One of the birthplaces of the Industrial Revolution, from the mid-1700s it was packed with coal mines, iron foundries, brickworks, and steel mills. Connecting them all was an intricate network of canals and, though the industry is mainly long gone, the waterways remain, a waterlogged time capsule just waiting to be cracked open.

“As much as I like to find shotgun shells and a nice machete, my love of the Black Country and finding anything to do with the history of our brilliant industrial area makes this hobby so interesting,” says Collins, whose Facebook group is called the Black Country Canal Rats.

It’s not just finding and cleaning up the objects but researching their provenance that gets Collins going. That might be the hammer that led her to a local tool manufacturer named after Thor, the Norse God of Thunder, or a “pinch bar,” which enabled a railway worker to start a truck rolling single-handedly. “Really pleased with this bit of history,” she says.

Collins also enjoys the strong community element of magnet fishing. That might be on social media or at in-person events where a couple of hundred enthusiasts come together to magnet fish, socialize, and raise money for charity by raffling merchandise donated by the magnet companies.

Paul Swanson is hoping to host exactly this type of large magnet fishing event in Spokane, COVID-19 allowing, he says, referencing his hometown’s past successes with big events such as Hoopfest, the world’s largest 3-on-3 basketball tournament. In the meantime, he and his gang are planning magnet fishing trips across Washington state that he hopes will spread the gospel for his hobby.

It’s a pastime that’s certainly growing in popularity—YouTube returns over 300,000 results for “magnet fishing,” with some videos garnering views in the millions—but it’s not without its detractors. The Canal & River Trust, which owns most of the U.K.’s canals, rarely enforces the bylaws that prohibit magnet fishing, but it strongly disapproves of the practice. Its website points out the risk of being pulled into the water when attempting to drag heavy objects to the surface, not to mention the obvious dangers associated with explosives and dumped weapons.

The charity takes issue with people who leave magnet-fished scrap on the towpaths too—though it’s worth mentioning that everyone I spoke to for this story insists that the vast majority of the community are responsible when it comes to cleaning up after themselves. There’s even a Facebook group—Dippers & Scrappers-–whose goal is connecting magnet fishers in the U.K. and Ireland with people who’ll come and tidy up after them, pocketing the scrappage fees in return.

Rob Heathcock, who runs the group, hopes to expand the 2,000-strong directory “into countries where we have a good number of magnet fishers” in due course. His rallying cry: “Please join our crusade against towpath fly-tipping.”

More troubling is the suggestion that magnet fishing might actually have a negative impact on aquatic organisms, especially in waterways like the Spokane River that are badly polluted with heavy metals. While removing objects containing toxic oil—motor vehicles for example—benefits the environment, says Hugh Lefcort, a Professor in the Biology Department at Spokane’s Gonzaga University, poking around on the riverbed also risks disturbing heavy metal sediments that are known to negatively affect organisms living downstream.

To mitigate this risk he recommends “only disturbing the river bottom during seasons when organisms are less active such as winter.” As far as magnet fishing in canals and lakes is concerned, the good news is that “still waters pose less of a risk.”

It seems unlikely that such warnings will put off the increasing numbers of people worldwide finding their fun trawling for underwater treasure. As Donna Collins puts it, “You can go out in a big group and have a scream or just go out for an hour after work. It’s a great hobby because once you’ve bought your magnets and your rope and you’ve got your bucket, everything else is free.”

At times like these, it’s hard to argue with such simple pleasures.