RIP fast passes. Here’s everything you need to know about new tickets, new ways to skip the line, and planning your next Disney World or Disneyland vacation.

Maximizing the magic at Walt Disney World or Disneyland has always required savvy pre-travel planning, from scheduling popular rides in Orlando months in advance to booking coveted dining spots 60 to a whopping 180 days out from a vacation. And while there is peace of mind in knowing you secured a favorite attraction, there’s little room for the magic of spontaneity. Disney says it listened to guest feedback on flexibility and now the mouse house is making big, big changes in the parks, from killing the annual pass program at Disneyland to tweaking the one at Disney World to the announcement last month that FASTPASS, FastPass+, and Disney MaxPass will retire forever.

But something new is coming this fall that will completely change the way you plan (or don’t plan!) a day at Disney. Whether you’re a park regular or only visit every couple of years, forget everything you learned about navigating Disney because your experience will be completely different and potentially more $$$$. Here’s everything you need to know for planning your next park trip, from paying to jump the line to a new annual pass program that’s kind of like a AAA membership with perks.

Now it’s time to say goodbye to all our…free FastPasses. On August 18, Disney Parks announced that it’s retiring the complimentary FastPasses service to skip standby lines at select attractions. These services had been temporarily suspended amid the pandemic to manage queues and social distancing, but now it’s permanent.

In its place—or as the next evolution of guest experience—both Disneyland and Disney World are rolling out a new planning tool: Disney Genie. The “digital service” will be baked into the existing mobile apps for Disney World and Disneyland to help guests plan their “best Disney day.” It’s not a way to skip the line, but rather a super-smart algorithm. It’s like a mashup of the Netflix Recommendation Engine with the real-time traffic feature in Google Maps. You tell Disney Genie what your “wishes” are (i.e. your top ride priorities and show interests) and Disney Genie will run an analysis of predicted wait times and crowds to create the perfect itinerary for you or your travel group. In theory, it sounds like having MARVEL’s J.A.R.V.I.S. in your phone because Disney Genie will constantly update throughout the day to improve your schedule and adjust for wait times. And if you’re the type of park-goer who’s glued to their phone refreshing wait times, Disney says Genie will do this for you so you can focus on more fun with your family and less screen time. Genie launches on October 19 at Disney World, but no date has been announced for Disneyland.

So, if FastPasses are going away and Genie is tinkering with schedules and perfectly-timed entries for everyone, what’s happening to the physical FastPass lane inside ride queues? Nothing. Those aren’t going away because there’s still one way to skip the line, but you’ll have to pay for it. In addition to Disney Genie, guests will have the option to upgrade to Disney Genie+ for $15 per person, per day at Disney World and $20 per person, per day at Disneyland. With Disney Genie+ you’ll be able to use a “Lightning Lane” for popular attractions such as Big Thunder Mountain Railroad.

Here are the attractions at Disney World:

Pay-to-play premiums aren’t new for Disney or the theme park industry. Disneyland Paris has Disney Premier Access. Dollywood has the TimeSaver pass. Universal Studios offers an Express Pass for rides and the speciality-ticketed Halloween Horror Nights. And Disneyland had the former MaxPass for $10 a day. In many ways, Disney Genie+ is an enhanced MaxPass as you’ll make one selection at a time just like MaxPass. But for Disney World regulars, this is a whole new world. Guests are used to booking up to three FastPasses per day months in advance for popular rides such as Slinky Dog Dash, which has an average wait time of up to two hours, for free. The outcry on social media was swift and fierce as families with kids started crunching the numbers. One day of Genie+ is an extra $60 for a family of four. A week-long vacation with Genie+ for all four parks for a family of four is an extra $240. And base ticket prices aren’t going down. However, the downside to former FastPasses was that you’re locked into a specific time and that can affect dining reservations, show times, and other experiences. For a price, Genie+ gives you both flexibility and assurance. And if you only have one ride that’s a must-do, you don’t have to buy a whole day of Genie+. A la carte offerings will include the option to buy a single, one-time use Lightning Lane pass for select attractions both included in Genie+ day passes and popular attractions not included.

Here’s which attractions will be available at Disney World Parks:

When Disneyland nixed its annual pass tickets, it promised that a better membership-esque program would be coming. And it’s finally here. Passes are now called Magic Keys and you can buy them online. There are four different keys ranging in cost from $399 to $1,399. It’s a sliding scale of perks. Some passes have more reservation holds. Some have higher discounts on shopping, parking, and dining. And all keys come with exclusive access to member lounges throughout the parks as well as limited-time offers on extended park hours. Right now, key holders can ride the popular Nightmare Before Christmas overlay of The Haunted Mansion after the park closes to regular guests.

On the heels of Magic Keys, Disney World revamped its own annual pass program and changes aren’t as major as Disneyland, but non-Florida residents were quick to notice that the only annual pass available to buy is the top-tier Disney Incredi-Pass for $1,299. Out-of-state Disney Vacation Club Members can still keep it under 1K with access to the Disney Sorcerer Pass for $899. And unlike premium passes before the pandemic, water park admission and Disney PhotoPass (digital downloads) will not be included, but will be an add-on option. However, here’s where the coasts differ. You can get day-of access to PhotoPass by buying Genie+ at Disneyland. But you can’t at Disney World. However, at Disney World, Genie+ will give you access to augmented reality Instagram-esque filters for unlimited selfies. 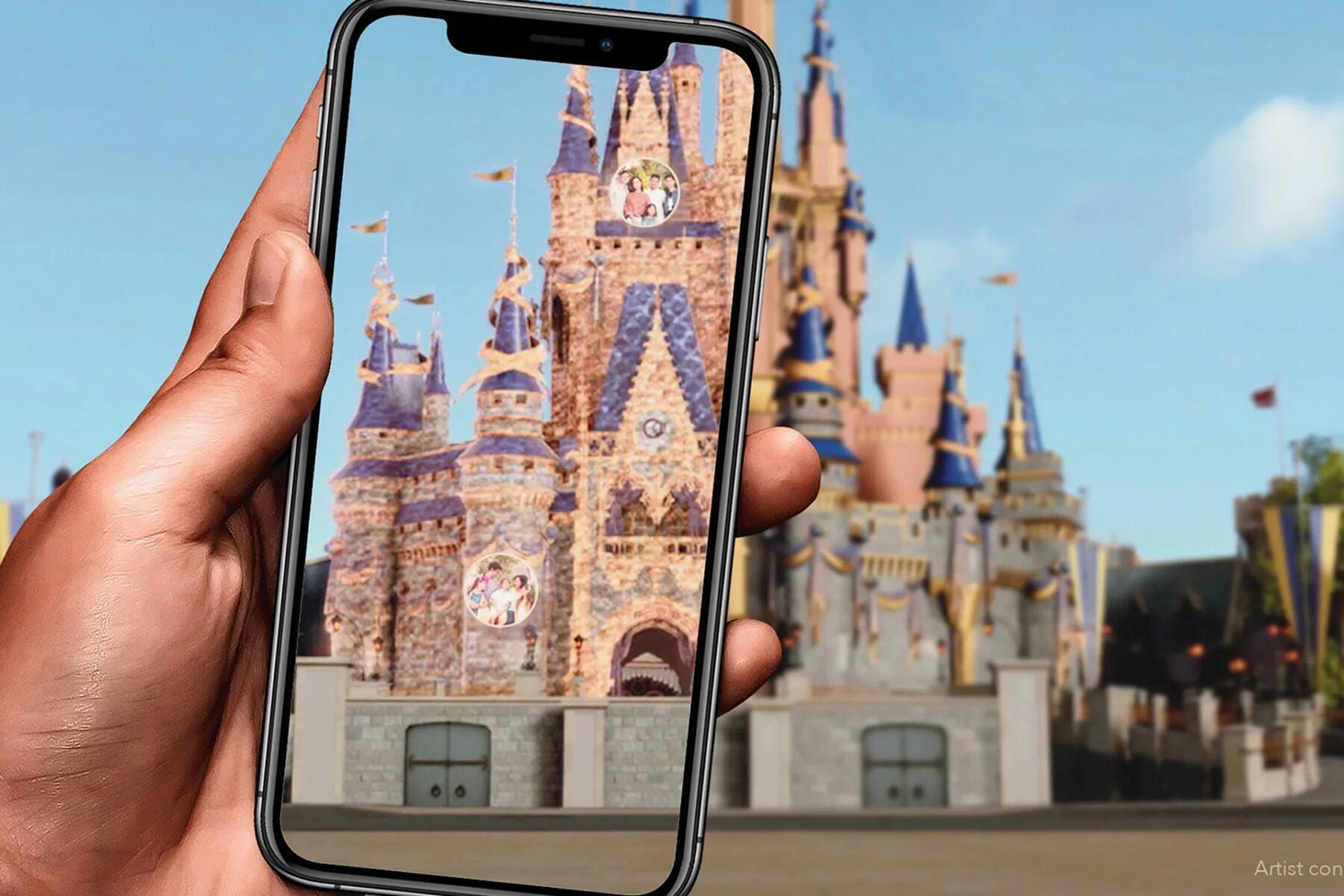 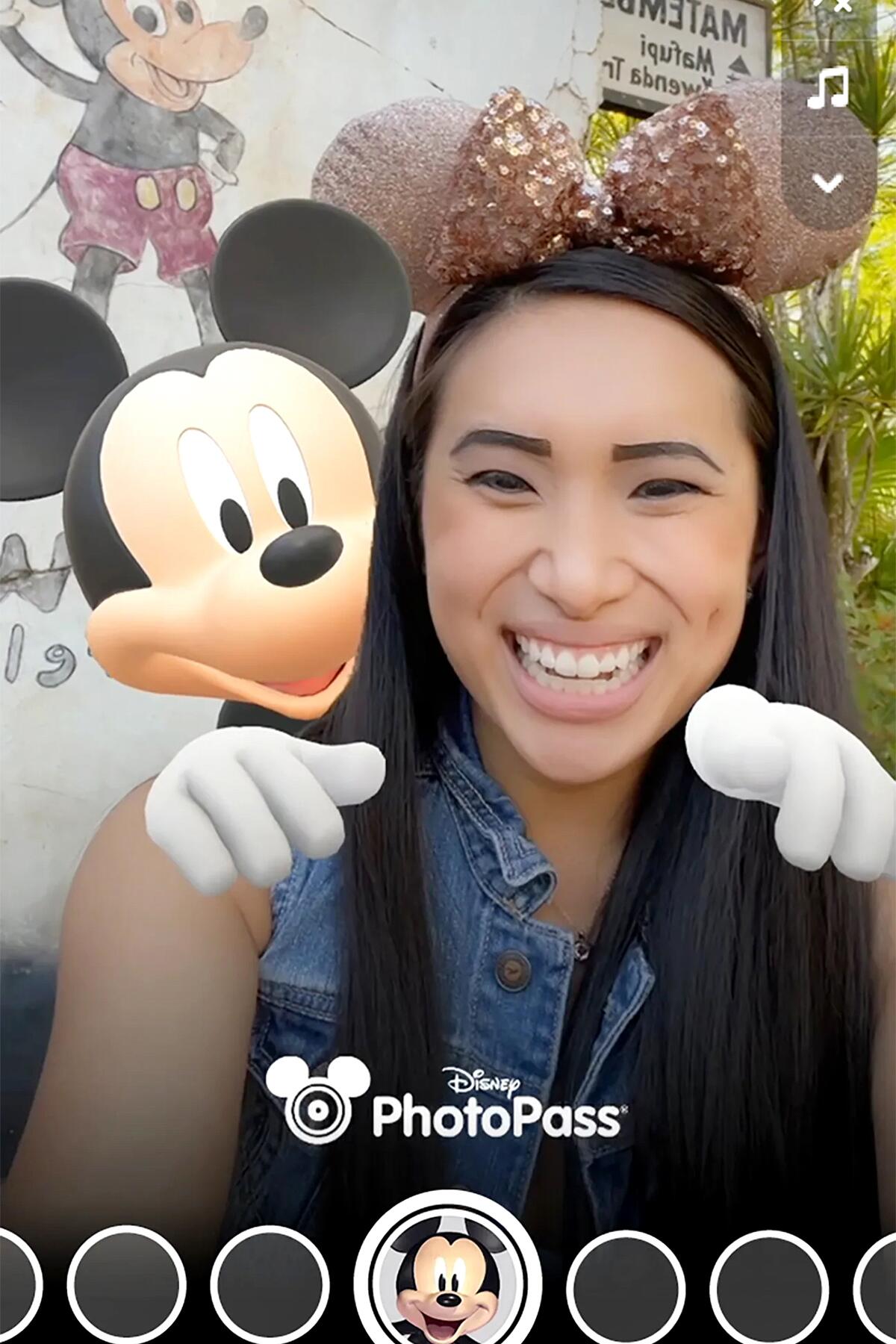 The Latest on Reservations and Virtual Queues

Park pass reservations are still required in addition to a park ticket to manage capacity. And amid the pandemic, this reservation system won’t be going away anytime soon. The language is now baked into annual passes with limits on how many park reservations guests can hold at one time. Dining reservations are still very much a thing, too, though not as zany as 180 days out—just 60 days out for both Disneyland and Disney World.

As for virtual queue reservations, there have been a couple of recent changes at both resorts. These ride-time lotteries are used to manage crowds at brand-new attractions such as Rise of the Resistance inside Star Wars: Galaxy’s Edge and WEB SLINGERS: A Spider-Man Adventure at Avengers Campus. Passes for specific times are booked through the Disney app on a first-come-first-serve, luck-of-the-digital-draw frenzy at 7 a.m. with an additional second chance to score a spot at noon. You can only book one virtual queue pass per day; so, for Disneyland, you’ll have to choose between MARVEL and Star Wars. However, for Disney World, which only has one virtual queue for Rise of the Resistance, the Star Wars ride will shift to a standard line on September 23.

When Will Dining Plans Come Back?

As many experiences return to Disney World, one big question remains: What about the Disney Dining Plan? The prepaid meal package was suspended amid the pandemic, but this summer Disney confirmed that the DDP will return. A date hasn’t been announced, but select kiosks and menu signs for the EPCOT International Food & Wine Festival have included the dining plan logo, sparking speculation that the program could come back this year. However, some premium dining experiences are coming back just in time for Disney World’s 50th celebration such as new dessert fireworks packages for the Magic Kingdom and EPCOT.

The Happiest Place on Earth and The Most Magical Place on Earth have definitely earned a new superlative amid the pandemic: Most Likely to Change. And sometimes (most of the time) fans don’t like it and voice their opinion on social media. Disney Genie is a big change and it will be a mindshift in organizing and planning your day in the theme parks. There’s also the concern that it’s classist and makes access even less attainable for families on a budget. But Disney Parks culture has always been rooted in change. After all, Walt Disney famously said, “Disneyland will never be completed. It will continue to grow as long as there is imagination left in the world.” That imagination has led to first-of-its-kind advancements in robotics and there’s a growing contingency of tech creatives at Disney that rivals Silicon Valley. The free Genie might prove to have even more value than three free FastPasses—as long as we’re open to change.