News Apeksha Bhateja Europe's Airports Are Chaos This Summer. And Now There's Another Problem
All Photos Courtesy Of Tony Vinyoh

This town saves its best wine for Mondays.

While workers around the world scurry off to work every Monday, many around me lie in bed dreaming of beer and barbecue. For four years, the English-speaking regions of Cameroon have been enjoying a four-day week.

In January 2017, Anglophones fighting for greater autonomy over their courts and schools called for stay-at-home protests that would be held every Monday. A month earlier there had been deadly protests in Bamenda, essentially changing the nature of the conflict. On the first Monday, January 16, 2017, I called my boss and said I wasn’t going to show up. I was still moving around with the image of a gun in my face, so I didn’t want to risk it.

If there’d been any doubt about how effective these Ghost Mondays would be, they were settled that day.

Pictures of empty streets popped up everywhere, convincing those leading the protests they’d added a real weapon to their arsenal. I didn’t let in the air on that first Monday. I continued to work from home and submitted my work by email. When I got really bored I went online and joked about not being able to cook because I’d run out of matches. I had no idea I would lose that luxury for the next three months. In a desperate move to stifle the protests, the government shut down the internet the very next day.

News Apeksha Bhateja Europe's Airports Are Chaos This Summer. And Now There's Another Problem
Continue Reading Article After Our Video 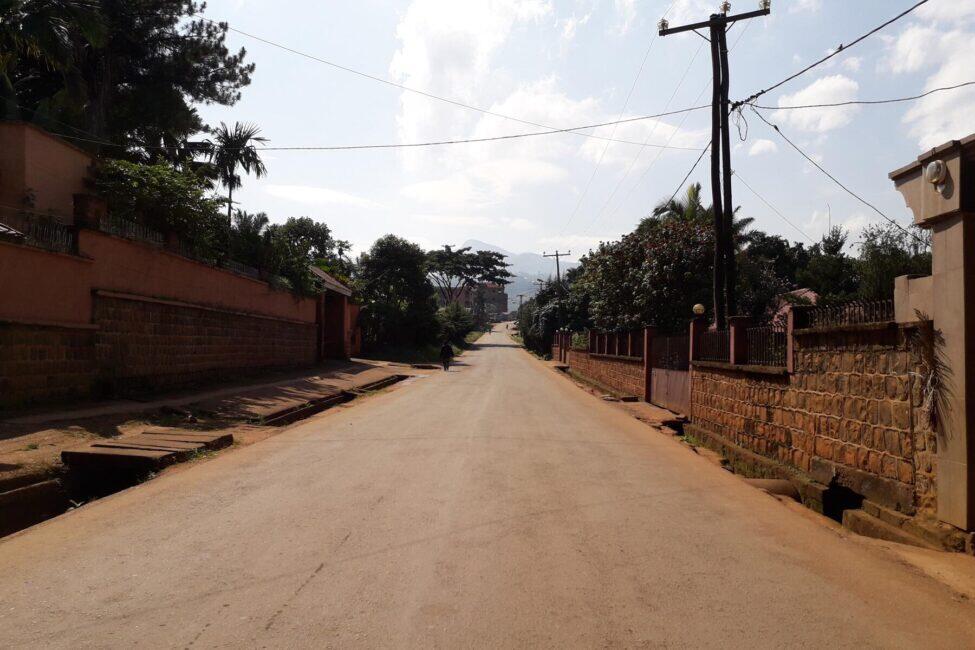 Without the internet to work or play, the following Monday was torture. I lived alone, and I’d read every book I owned. Luckily, I went on leave at the end of the month and traveled to Bafoussam, a nearby town in Francophone Cameroon where I could access the internet. When I returned, it was back to my empty house and lonely Mondays. After a few months, I decided to see what Mondays really looked like, and stepped out onto my street. I’d never seen Bamenda like that. You couldn’t find a soul. I avoided the tarred road and walked deep into the quarters, and there I was happy to see some movement. I reported my discovery to my friends and we started flirting with the idea of going out on Kontri Sunday, as Mondays had come to be known.

This is my town. I know how to get around on my feet. Knowing that people could at least walk was all the encouragement I needed. The following Monday I visited a friend and his wife. When I got there we hugged like prisoners who’d just seen daylight. After that experience, I started leaving the house almost every Monday. Always on foot, and always back before 6 p.m. To entertain ourselves we would drink and cook, and soon the crowd started to grow. The demand for booze led us to another stunning discovery. We’d knock on the door of locked bars to buy beer and some would open to a crowd of guilty-looking men and a few women crammed into tight spaces, a little bit embarrassed that they would risk their lives for beer, but honest enough to admit that they were finding it really hard to deal with the boredom and anxiety. 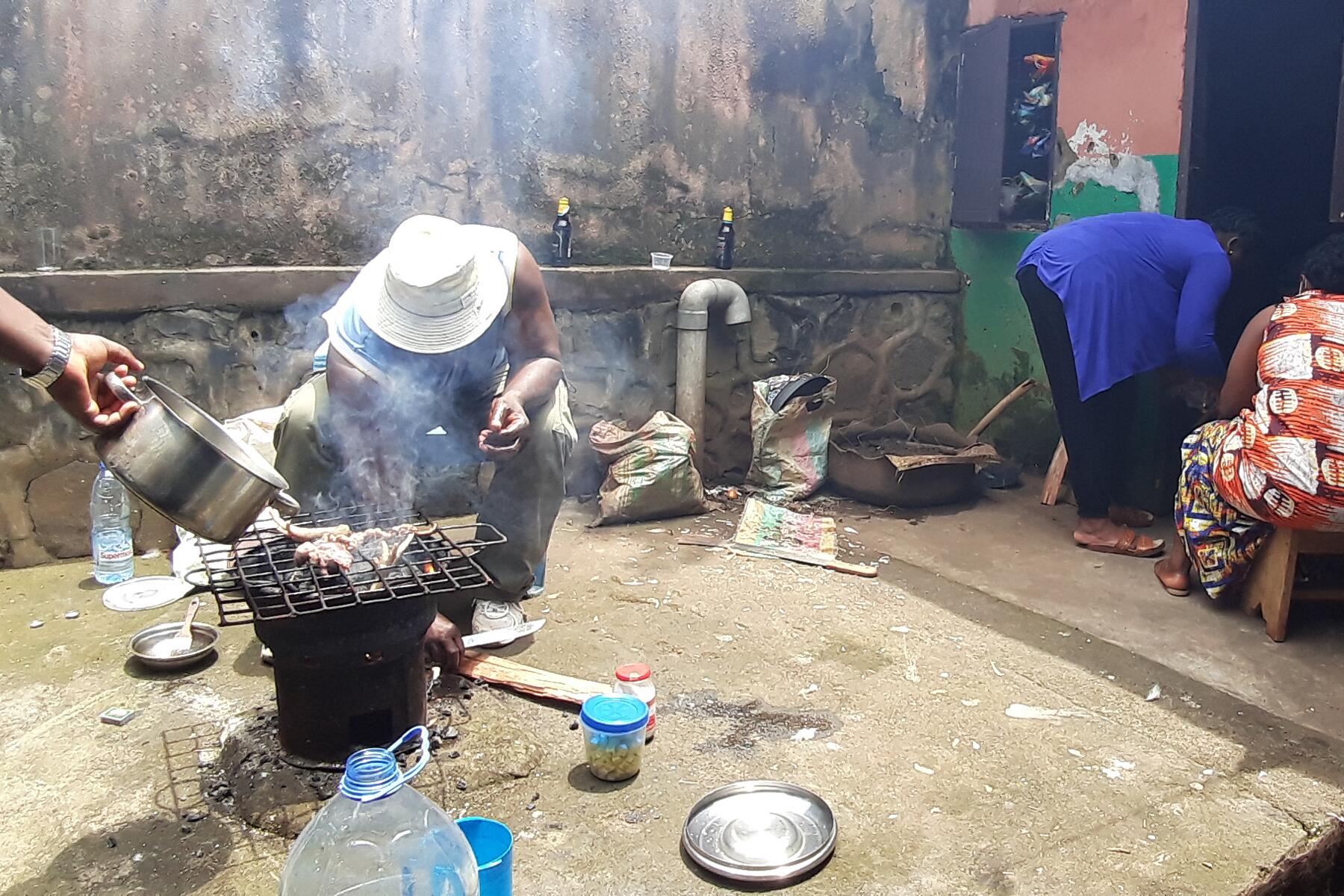 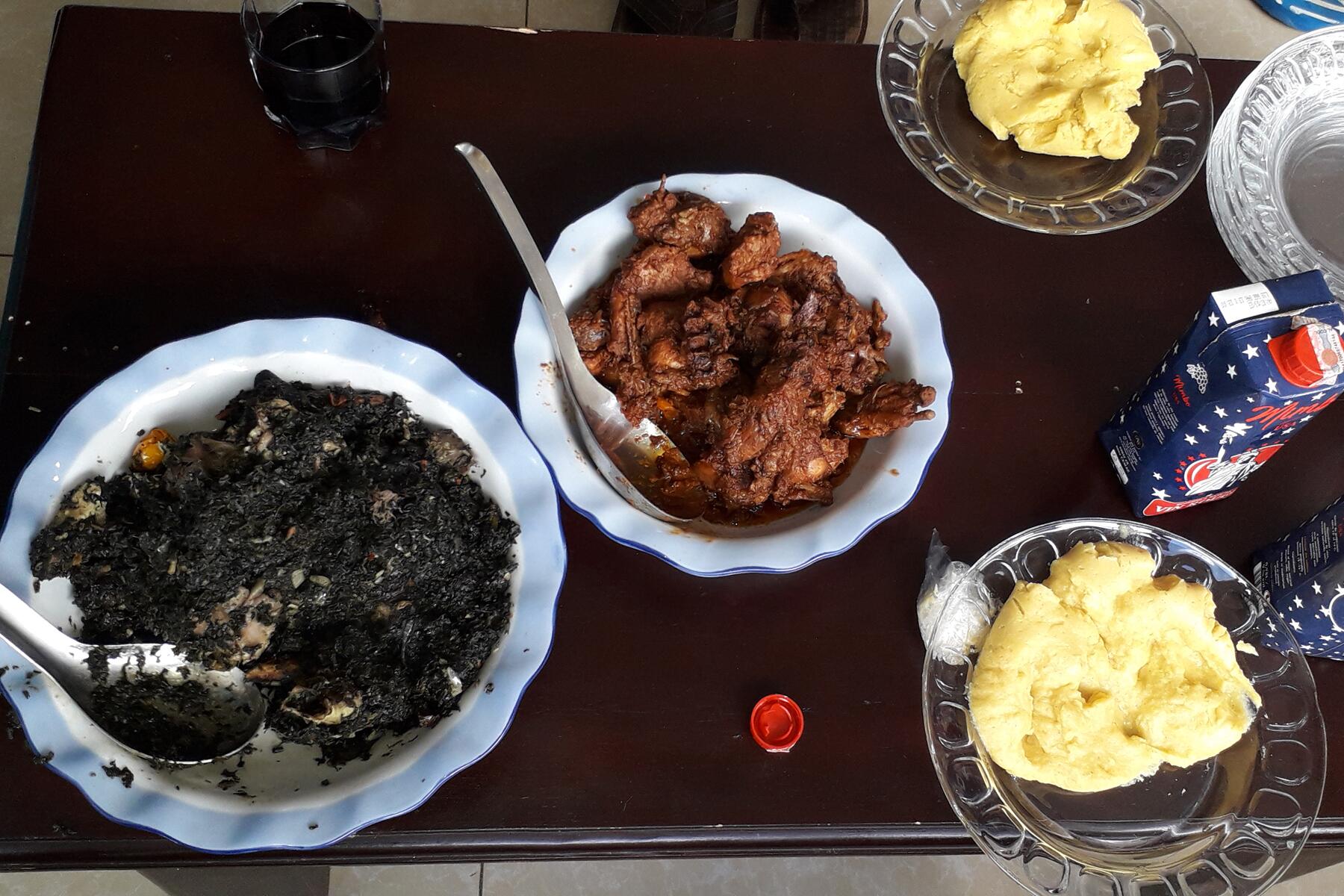 Much to the annoyance of our girlfriends and wives, we became connoisseurs of the caverns that opened up on Kontri Sunday. We soon began to alternate barbecues with health walks, as we intended them, but they almost always ended in a safe spot that served beer.

The rules for going out on Kontri Sunday are simple; don’t leave home if you hear gunshots, avoid the tar as much as possible, stick to places you know, wear running shoes just in case something goes wrong, avoid bikes so you don’t get mistaken for a separatist fighter, and spend the night wherever you are if you hear gunshots. Needless to say, we have broken these rules many times over. Searching for beer, chicken, or goat meat can lead you astray, and if you’re tired from a long day of feasting you could need a lift. Cars and bikes are banned on Kontri Sunday with the exception of ambulances, but you don’t need to go far to find the renegades. Council buses can give you a free ride, but most people decline the offer. 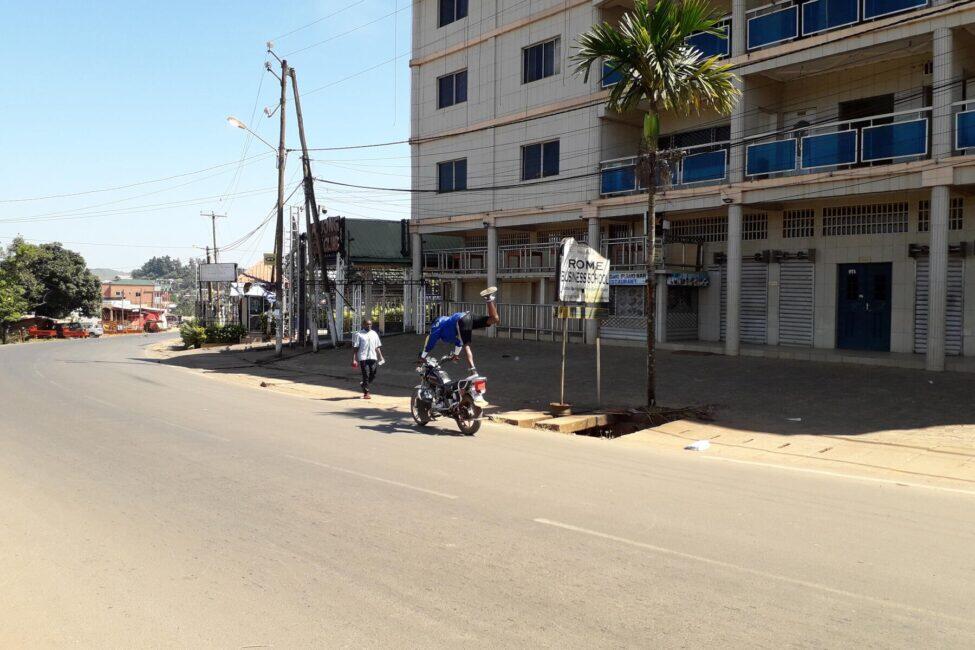 We joke that Kontri Sunday has helped many kids to finally meet their fathers because that might be the only day some parents have to spend 24 hours at home. At the start, it was really bold to step out on Monday, but more people are taking the opportunity to visit friends and family. Others volunteer to work on bridges, roads, and community water projects. I’m useless with a shovel or machete, so I usually drop something in the bowl they place to collect support. The little support they get is used to further the work and buy drinks when they’re done.

Many quarter meetings are now held on Monday to discuss security, neighborhood projects, and donations. People here are serious about their njangi, cultural groups from the same tribe or with a common interest that come together to save and support each other. Njangis normally are held on weekends, but some groups have shifted them to Monday. New njangis have also formed that meet exclusively on Monday. These are the places where you can’t crack a joke about people going back to work on Monday.

The conflict is still very real, so while we try to kill our anxieties with a day out, not everyone looks forward to another Monday in a volatile town where things can easily go wrong.

I’m fortunate to be able to go out and have fun, but for many daily wage workers, losing one day of work is costly. It’s also very tough for healthcare workers who must show up to take care of patients. Many of them stay far away from hospitals and health centers, yet they must go out, often on foot, wondering if they’ll manage to get home. Some healthcare workers have lost their lives during the course of the conflict. 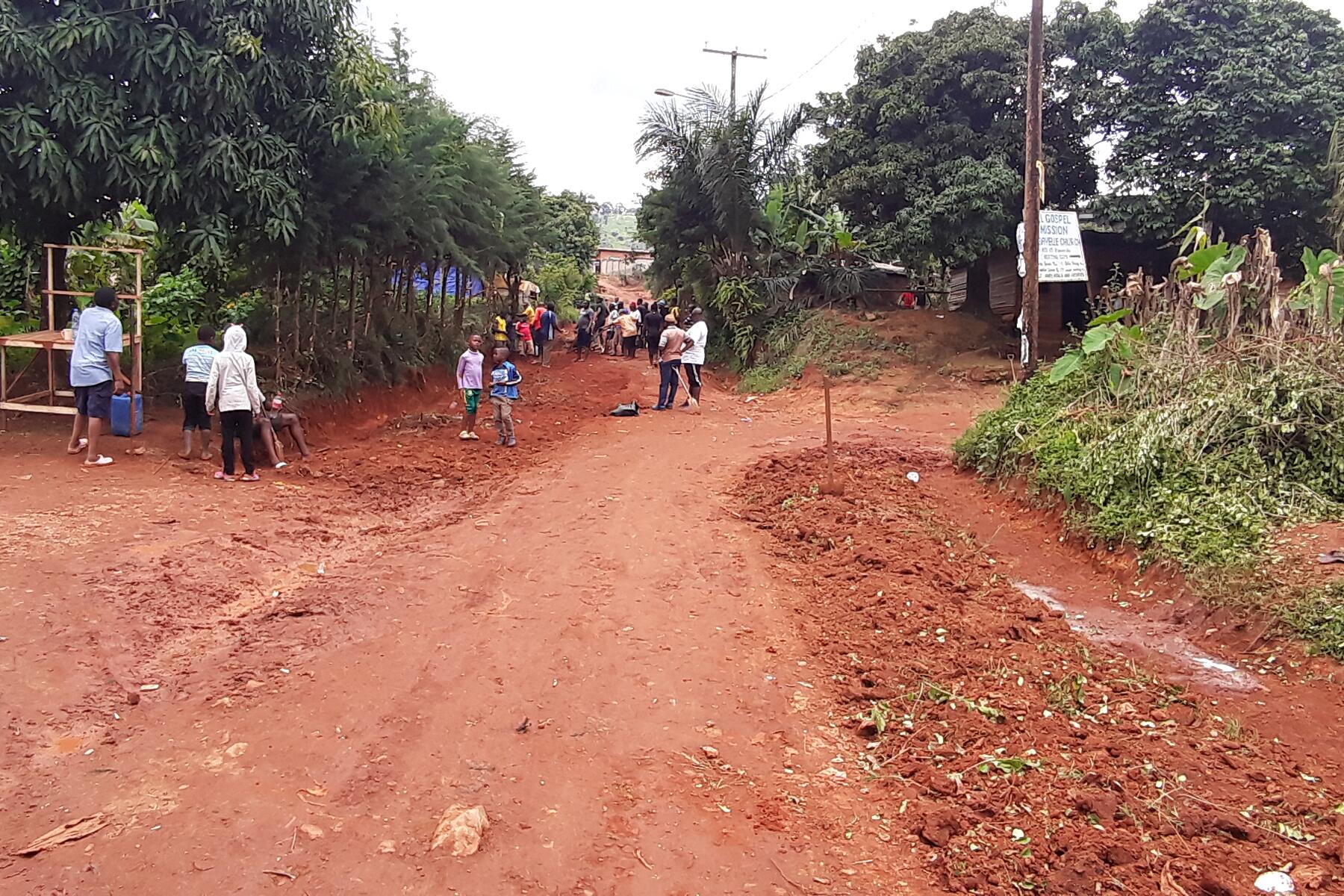 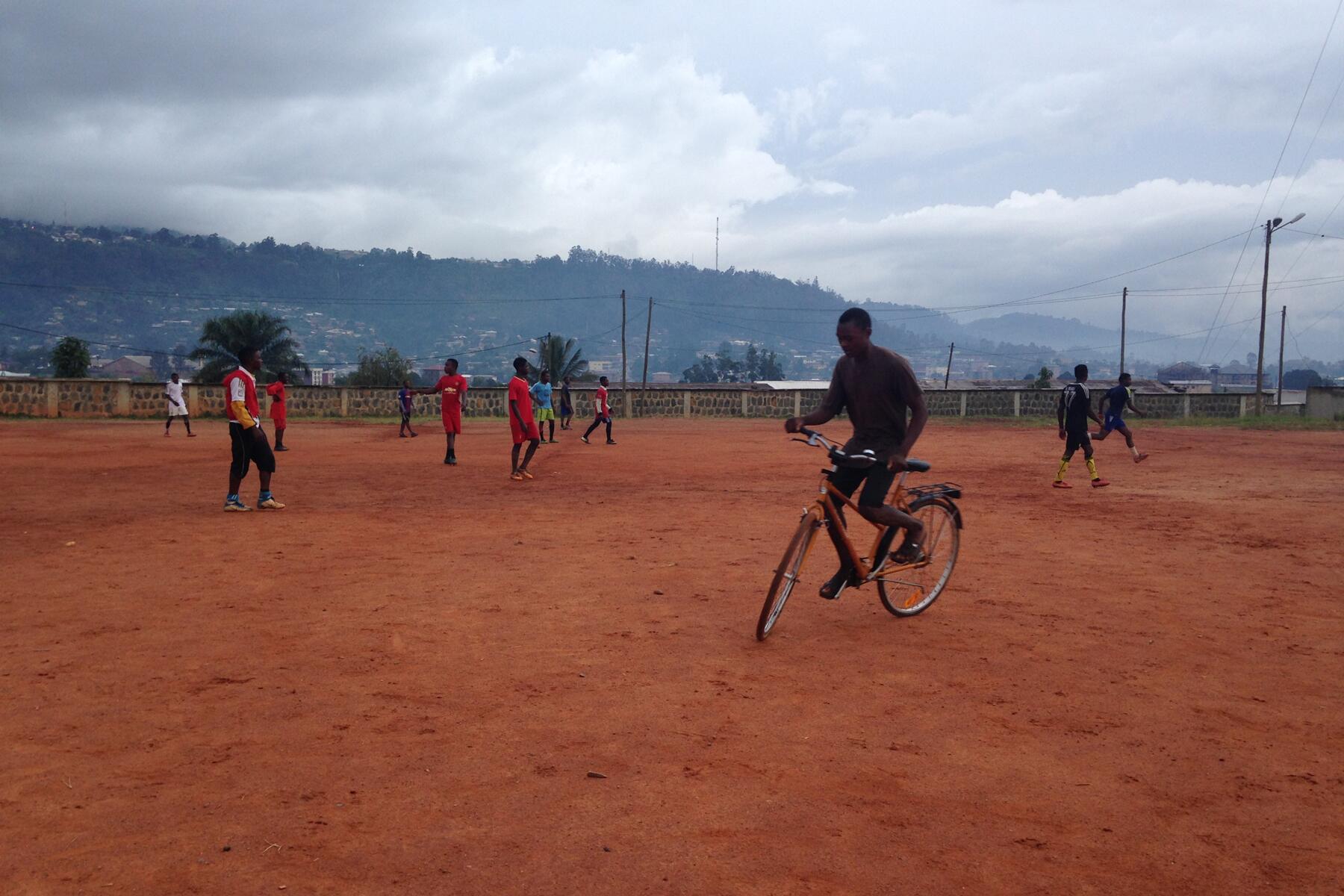 Apart from these very tragic fears, Anglophones have found a curious way of contemplating the four-day-week that poorly disguises their fear of losing it. They ask themselves the question, and then they shake their heads. Some employers now demand that their staff work on Saturdays to compensate, but it’s hard to keep people at their desks when they want to shop, relax, and watch sports.

Monday, somehow, has grown into a unique holiday to use as you please. Some professionals work from home while others take the extra day to study to improve their careers. Groups of young men come together to play football, and some religious men and women lock themselves inside churches to worship. With empty streets and plenty of verve, an unlikely group of sportsmen has emerged; skaters, gymnasts, stuntmen, and dancers love the empty spaces. Barbecues line the road from my house to wherever I’m going that Monday. I’m a beer guy, but when that is not available, I know that my friends save their best wine for Monday.

In our collective psyche, we have somehow suppressed the memory of how we earned this extra day of rest and transformed it into a way of life that many believe should stay. I used to be one of the few who would go out, but now when I walk back home every Monday evening, it’s in the company of the young and the restless who find solace on their feet.