News Ronny Maye Should You Cancel Your Vacation to an Area Impacted by a Natural Disaster?
NewsVillagers in India Knit Sweaters for Elephants to Keep Them Warm in Near-Freezing Temperatures 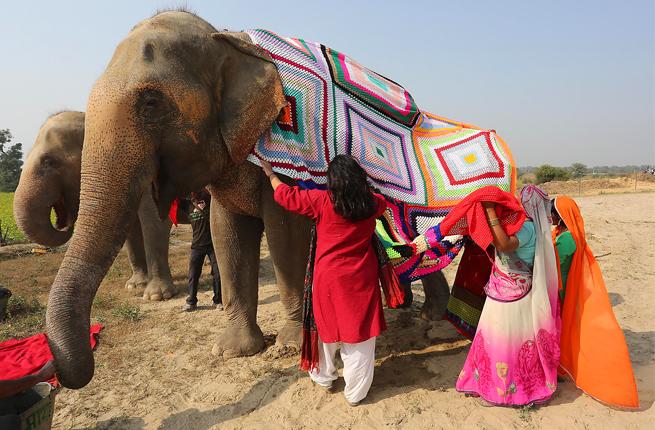 Sometimes there’s no such thing as too much of a good thing—like sweaters big enough to fit elephants.

When staff at The Wildlife SOS Elephant Conservation and Care Centre in Mathura, a city in northern India, warned of sub-zero temperatures posing a threat to its rescued elephants, villagers nearby stepped in, knitting detailed and vibrantly colored “pajama-like” clothing to cover the animals’ backs, legs, and necks. 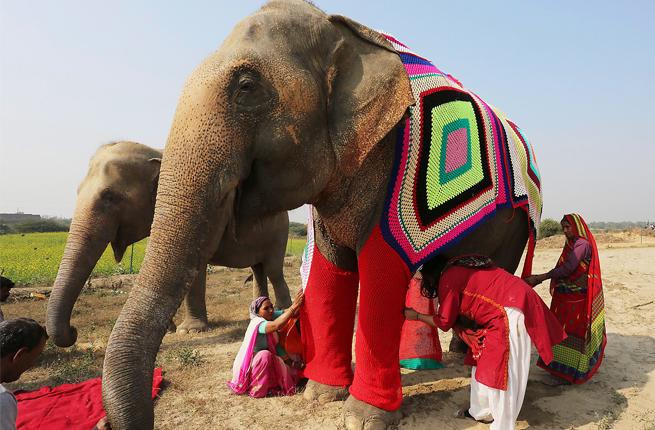 The center houses 20 elephants, and the organization also runs a rehabilitation center in Haryana where they are treating three more. The elephants under the center’s care are handicapped or have been abused, whether they are victims of illegal captivity, the trafficking mafia, former circus performers or for begging accessories. In their weakened state, the cold makes them more susceptible to pneumonia and arthritis. 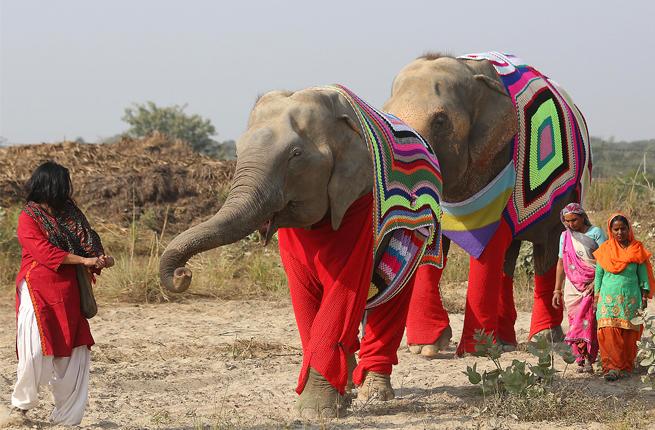 The center has plans to rescue 50 more elephants this year. 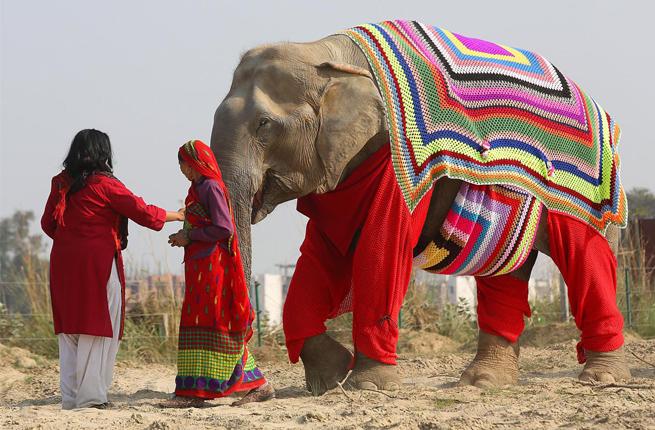 Read more on the Independent.