News Ronny Maye Should You Cancel Your Vacation to an Area Impacted by a Natural Disaster?
Sydni Ellis

Proceed with caution: the blissful, orgasmic high you are about to experience comes with an increased risk of fertility.

Steamy hookups in hotel bars and one-night stands with strangers may be the first thing that comes to mind when you picture travel sex (which are totally great, too!), but I associate travel with romance, no stress, and two pink lines on a drugstore test.

One week before Christmas in 2016, I remember telling my husband, Nick, to “throw away the wine” since I wasn’t planning on drinking it for 9 months. He immediately started crying and spinning me around in the kitchen. Both of us were so relieved and a little shocked that after 8 months of trying to conceive, I was finally pregnant with our first baby. It only took a romantic Chicago getaway to make it happen.

Don’t get me wrong—not getting pregnant sooner wasn’t for lack of trying, but just like the unsatisfying at-home hookups can’t compare to the people you meet in new places, sex at home between married couples trying to conceive just isn’t as enjoyable as on vacation. Yes, it’s partly due to tracking ovulation, timing between-the-sheets romps, paying attention to every little symptom, and taking endless pregnancy tests (way before you’re even supposed to) while hoping this is the time that you’ll finally get a baby. Anyone who has suffered from infertility knows the monthly struggle and disappointment of not getting pregnant…again. But lust can be the result of the magical experience of going to a new place, which is just so damn sexy.

There is research to back up my experience, too. A 2018 study published in the American Journal of Epidemiology found that greater stress among women was linked with lower fecundability (the probability of getting pregnant in one menstrual cycle), and a 1992 study in Fertility Sterility showed the longer women are infertile, the more depressed they become. This means women can get trapped in an endless cycle of being stressed about wanting to conceive and then feeling depressed because they didn’t conceive. Rinse and repeat each month, and yeah, it’s easy to see why I needed to take a break and distract myself in a new place.

Enter: travel sex. Leaving the city, taking a few days off work, and spending one-on-one time with my husband instantly made me feel lighter and happier. Who has time to think about getting pregnant when you’re enjoying wine by candlelight in an underground bar or holding hands on a horse-drawn carriage ride, while gentle snow flurries cover your hair?

On our first baby-making vacation, we went to Chicago in December 2016. This is the city where we first met and fell in love, so our return was a romantic excursion filled with fresh-falling snow, museums, outdoor markets, and delicious pizza. We also enjoyed wine, crisp hotel sheets, and the beautiful sights of the city twinkling in holiday decorations.

But while romance was a big part of our first son’s conception, it was completely missing for round two. I got pregnant for a second time during a trip to Walt Disney World in 2018 with my husband, toddler, and extended family—definitely not the swoony, winter romance like in Chicago. This time, we traded lazy days and stolen kisses under the mistletoe for Fast Passes and Mickey Mouse pictures, hours of walking, and toddler meltdowns. Somehow, the trip was still filled with more magic than our everyday lives (how can you be stressed with a Dole Whip in your hand?). My husband and I got creative in the hotel shower, and our second baby was born 9 months later.

We decided to try for a third baby in early 2021. After a few months with no luck (including one devastating clinical pregnancy), we went on a summer vacation in Hawaii. My husband, 3-year-old, 2-year-old, and I flew across the Pacific Ocean to the island of Oahu. My sister and her friend came with us, and we stayed with my older brother, who is stationed there, and my great aunt and uncle.

Despite not being in a luxury resort, the beauty of Hawaii was magnificent enough. With its sparkling waters, gorgeous sandy beaches, stunning mountains as far as the eye can see, and natural wonders around every corner, we felt like we were in paradise. When we left the Aloha State, we had an extra souvenir tagging along in my uterus, which was surprising to exactly no one (as my brother’s roommate liked to say, “Hawaii is a great place for making babies!”). 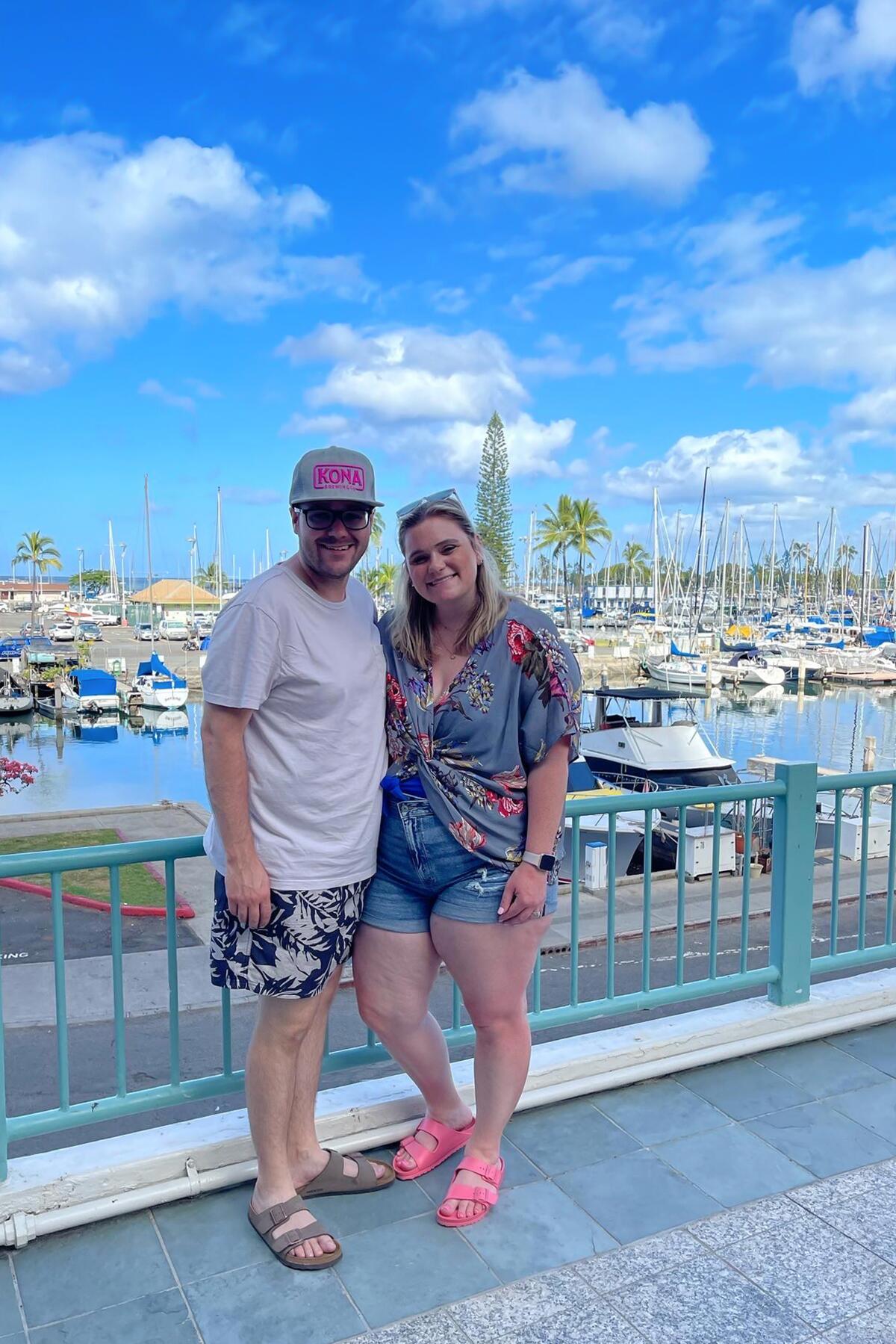 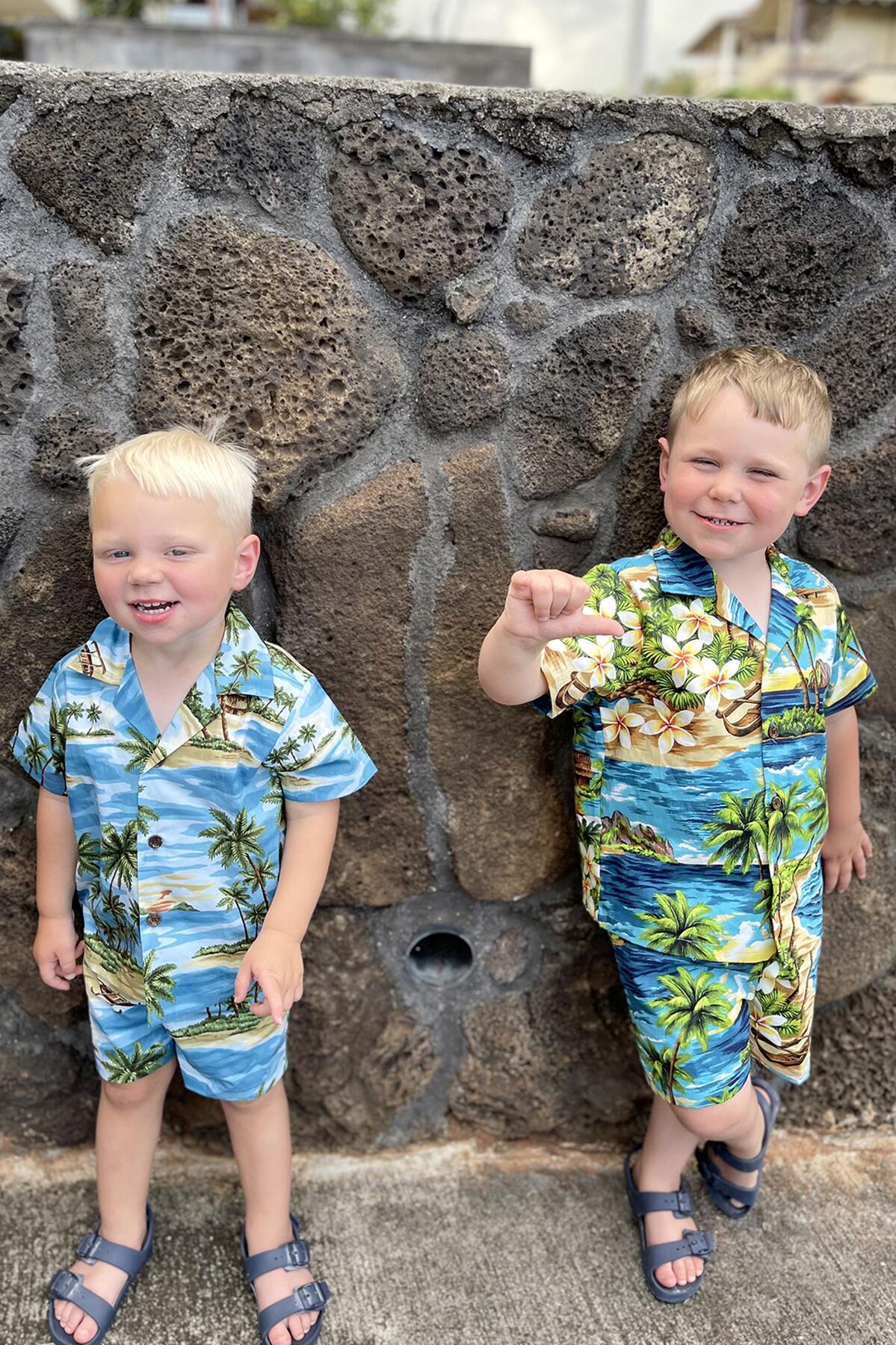 Getting pregnant on vacation is practically a tradition for me by this point. I’m relaxed, I’m having fun, I’m exploring new environments, and I’m not stressed for once. It turns out, chasing this travel high in order to get pregnant is actually a real phenomenon with a name: “conception moon,” according to popular pregnancy resource site BabyCenter.

In fact, BabyCenter did a survey in 2019 of more than 1,000 couples, finding that 40% conceived while on vacation. These couples were on average thirty-something, had been trying to get pregnant for 8 months, and lead really busy lives with either other kids and/or demanding jobs. So, it turns out my crazy, getting-pregnant-on-vacation story is actually pretty common! I still have a lot of places left on my travel bucket list, like Greece, Australia, and Spain. Is international travel sex any different? If we’re not careful, I could end up pregnant with twins next time—stay tuned!