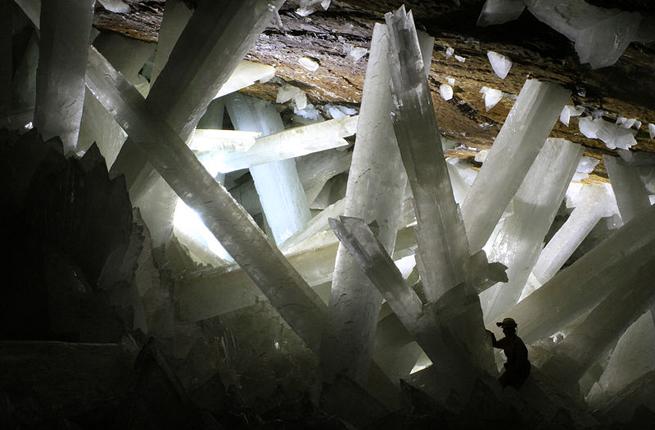 Deep underground in Mexico’s Cave of Crystals, NASA’s Astrobiologists have discovered a strange, new species of microbe. They feed on iron and sulfur instead of sunlight, are not closely related to any known genus on earth, survive in temperatures ranging from 113 to 149°F, and have managed to survive up to 50,000 years trapped inside the cave’s tree-sized gypsum crystals. That makes them some of the toughest, hardest to kill microbes on earth—and NASA recently woke them up.

But while this sounds exactly like the opening scene to a sci-fi horror film, scientists say this script is more about space exploration than microbial invasion.

To read more about that story, head here.