News Apeksha Bhateja What Are the Chances You'll Get Monkeypox at a Hotel?
NewsForums Spotlight: The Lake District 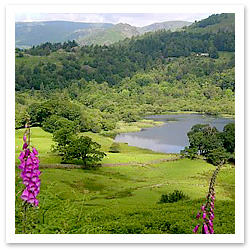 While England’s Lake District brims with open lush greenery, various four-legged creatures, waterfalls, and most of all lakes, it is possible to experience the area’s beauty and only break a light sweat. Marilyn, a frequent poster to our Talk Forums message board, and her husband Richard, usually spend the last week of June in Elterwater, taking walks through the countryside, many of which started at the doorstep of their flat.

See Marilyn’s trip report for detailed descriptions of the walks, restaurants, and sights that made their trip. 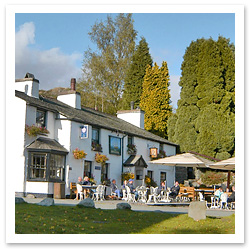 How feasible is a visit to England’s North Country? Marilyn makes it sound simple. Here are her insights on making the most of your time, how to save a few pounds, and what to do when it does rain.

1. While the Lake District is a relatively small area, it’s packed with
several quaint towns. Which villages would you recommend for a first visit?

The Windermere/Ambleside/Grasmere area has the most places to stay and eat, and of the three Grasmere is probably the nicest. It is also manageable on foot. We chose to base ourselves in Elterwater Village between Grasmere and Ambleside.

2. Several romantic artists and poets called the area home over two centuries ago; which literary haunts do you find the most enjoyable?

We’ve only been to Beatrice Potter’s Hilltop Farm, Wordsworth’s Rydal Mount, and John Ruskin’s Brantwood, but we enjoyed them all. Just being in the places where the books were set or written is inspiring. Even my father, who never had a chance for an education, instinctively felt this. I’ll always cherish the memory of him walking around Rydal Water in the spring, reciting Wordsworth’s “Daffodils.” 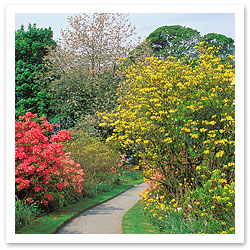 3. The daffodils do thrive thanks to the rain. What advice do you have for prospective visitors who might balk at planning a trip in such a wet destination?

Over the years we haven’t encountered many rain days. Unless it’s pouring there’s no reason to avoid walking; the Brits certainly don’t. Wear a rain cape and get going — the weather is likely to change anyway. If it’s raining hard with no sign of letting up, we go to one town or another and then return home to curl up with a book and a cup of tea.

4. Your daily walks were a major source of enjoyment. Would a first-time visitor have trouble finding their way on the trails? What about driving from town to town to explore the various lakes?

Every local tourist information bureau has books and brochures filled with walks of different levels of difficulty that will help your route planning. But if you’re still nervous, join one of the many daily group walks offered by the National Parks Authority. Armed with an Ordinance Survey map of your area there’s little danger of getting lost while driving. If you do, someone is sure to pass by sooner rather than later, even if you think you’re in the middle of nowhere.

5. The Lake District is one of England’s major tourist destinations. Do you have any suggestions for avoiding the crowds?

Avoid the school holidays and come in the spring or fall. You have just as much chance for good weather then as in the summer. Or stay away from the central area I mentioned earlier and base yourself in the more remote regions.

6. Camping is a popular way to see the district and save money. Do you have any other tips for keeping costs low? 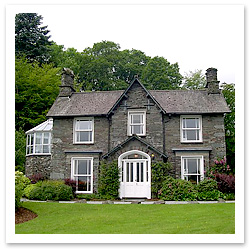 Marilyn flew into Glasgow, Scotland, spent one night, and then rented a car to drive to Elterwater (approx. 230 km to the south). Flying into Manchester (approx. 147 km north of Elterwater) is another option. There is a train available from the Manchester airport to Windermere.

Mappy.com is a useful resource for basic driving directions between addresses throughout Europe.

The Forums Spotlight series recognizes the valuable contributions of posters to Talk, Fodors.com’s message boards. Past features include trips to: