News Apeksha Bhateja It's a Tie: The 2 Most Annoying Airline Passenger Behaviors of 2022
NewsBrussels Says Be Nice, or Else

Brussels Says Be Nice, or Else 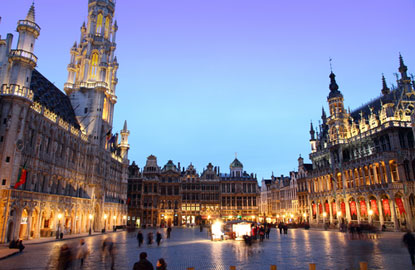 In a nod to nice people everywhere (and the creators of the "swear jar"), the city of Brussels has enacted a series of fines for the crime of insult. The Telegraph has quoted a spokesman for the city’s mayor, Freddy Thielemans, expounding on the new regulation:

"Any form of insult is from now on punishable, whether it be racist, homophobic, or otherwise."

Fines between 75 and 250 Euros will be assessed for "insults, petty theft, and rough jostling where no physical harm is caused," according to the Telegraph. Apparently, nice guys don’t finish last in Brussels.

At least part of the reason for the new fines is "incentive" for police to crack down on the problem of incivility in the city. According to the mayor, the courts had previously been too busy to consider prosecuting insult-wielding bandits.

According to reports in the Telegraph and elsewhere, however, the spark may have been lit by a film, and the problem could be more serious than the errant wisecrack. Earlier this summer, Belgian film student Sophie Peeters highlighted just how mean the streets of Belgium’s capitol city could be in her documentary, Femme de la Rue. The Guardian reports that the doc was shot over a year in the city. Peeters’ recorded sexist and sexually-explicit slurs that she claims were inflicted on her as often as eight to ten times every day as she simply walked down the street. According to the report, Peeters learned that she wasn’t the only one experiencing the taunts. Female acquaintances stated that they shared her experience every day, and as a result didn’t wear skirts or avoided public transportation. When the film was screened and released on TV earlier this summer, it sparked outrage and commiseration both in Belgium and France. More than that, it seems to have prompted a "put-your-money-where-your-mouth-is" approach to social justice in the city.

So there you have it. Watch your mouth, Brussels, or you’ll be paying through the teeth.