News Christina Mueller Yes, You Can Visit Los Angeles Without a Car. Here's How to Use the L.A. Metro Subway System
NewsBest New Food Finds in the Riviera Maya

The recent second annual Cancun-Maya Riviera Food & Wine Festival highlighted some of the food-centric trends that are pleasing palates in Riviera Maya. On this gorgeous stretch of Caribbean coastline, gastronomy is generating as much buzz as the breathtaking, white-sand beaches, with creative dining initiatives by hotels, new restaurants by established gourmands, and an ever-growing emphasis on local traditions and ingredients. On your next trip, bypass the resort buffet and opt instead for one of these culinary adventures. Â¡Buen provecho!

Dig Into an Authentic Mayan Meal 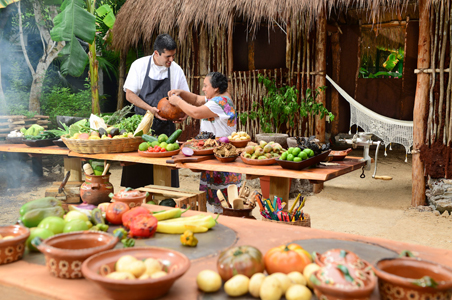 The hype over the end of the Maya long-count calendar on Dec. 21, 2012 may have simmered down, but the Riviera Maya is still cooking with opportunities for immersion in Maya culture and cuisine. One newly introduced offering: an authentic Maya meal at the Aldea Maya, or Maya village, at the Maroma Hotel & Spa. Inspired by the four basic elements believed by the Mayans to be the building blocks of the universe—fire, earth, water, and air—the multi-course menu features local ingredients in dishes like black beans with tamal prepared in clay pots, or ollas, over an open flame. It’s all served in an enchanting setting, with performers in traditional Maya dress blowing conch shells and welcoming diners to tables lit by candles and torches under the stars.

Feast on Lionfish, Help Save the Reef 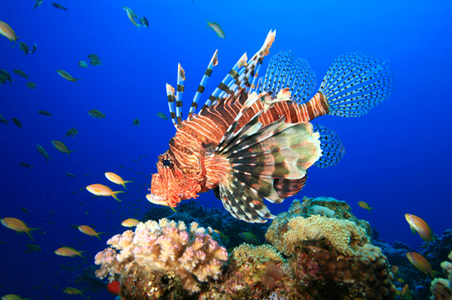 It’s an issue that diving enthusiasts probably know about: The lionfish, a non-native, predatory species whose dramatic spikes and orange coloring resemble that of a lion, has made its way into the Mexican Caribbean and is decimating its reef ecosystems. Now, some conservationist groups are soliciting do-good diners to help solve the problem. By encouraging local chefs to incorporate the pez leon into their menus, activists are hoping to create enough demand for the predatory fish, whose venomous spikes are neutralized in the cooking process, to help control its population numbers. Indeed, the white meat is flavorful, sweet, and makes for excellent ceviche and tacos, as more local chefs are discovering. Several hotels, including the Maroma (and, perhaps in the near future, the Fairmont Mayakoba), offer lionfish dishes on their menus, and a second-annual fishing tournament to catch the species is being planned for June. 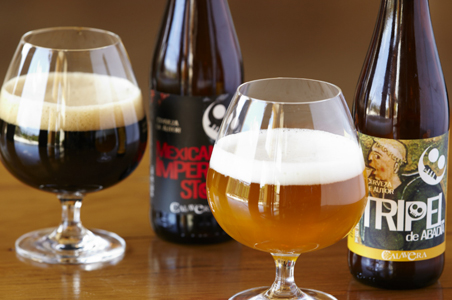 Mexico isn’t well-known for its craft beer culture, but beer enthusiast Luis Garcés is determined to change that. A certified beer server with a wealth of suds-centric knowledge, Garcés is the passion behind the Fairmont Mayakoba’s newly introduced food-and-craft-beer pairing, which matches four cervezas from boutique brewery Microcerveceria Gourmet Calavera with exquisite botanas, or Mexican tapas. My tasting featured scallop ceviche, duck tostadas, and a decadent, mole-tinged chocolate mousse topped with berries and habanero compote, which paired perfectly with a rich Mexican Imperial Stout. Tastings are open to the public, not just hotel guests, and it costs a mere $25—a budget-friendly (and stomach-filling) way to savor this growing trend.

Chew on the Ancient Maya Tradition of Gum-Making 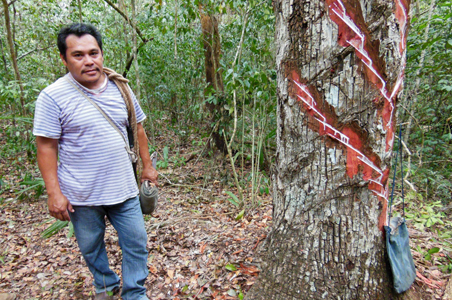 The ancient Maya are among the earliest-known cultivators of chewing gum, a largely unknown legacy that’s the highlight of a recently introduced offering by Community Tours Sian Ka’an, a local nonprofit. The tour starts with a short hike into the forest outside of Tulum, where a local Mayan gum-maker scales a chicozapote tree and slashes its red bark with a machete, causing the sticky white resin to flow down into a small bag. Once enough resin is collected, it’s stirred, heated, and stretched until a smooth, sticky ball of gum is formed, with spices like cinnamon sometimes added before it’s eventually sliced into sticks. Participants can chew on a sample during the tour, or pick up a pack of the final organic product, called Chicza, in flavors like mint and cinnamon in local markets or at the Cancun airport.

Be the First to Try The Latest Hot Spot

Italian restaurants abound on Playa del Carmen’s bustling Quinta Avenida, but Enrique Olvera, widely regarded as the world’s most influential Mexican chef, will bring a renewed focus to local ingredients and techniques at his latest initiative, Maiz de Mar, scheduled to open this month. Foodies are abuzz over much-anticipated locale, whose menu will focus on Mexican seafood classics and Yucatan cooking traditions and flavors, with an emphasis on locally sourced ingredients.