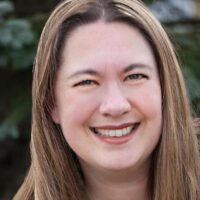 Tara Haelle is an independent science/health journalist, author, professional speaker, and photographer. With two decades of reporting experience under her belt, her work has appeared in the National Geographic, the New York Times, Texas Monthly, NPR, Washington Post, Scientific American, Politico, Parents, Medscape, WebMD, Self, O Magazine, and Wired, among others. Despite living on three continents and visiting more than 50 countries across every continent except Antarctica, Tara is relatively new to travel writing. A former Forbes and Medium contributor, Tara regularly blogs at the Association of Health Journalists, where she is the Medical Studies Core Topic Leader, providing resources and giving talks on responsible journalistic coverage of medical research. Her monthly blog at Science & the Sea, from the University of Texas Marine Science Institute, highlights short stories about marine life. Tara’s most recent book, Vaccination Investigation: The History and Science of Vaccines, is a starred Kirkus book. She coauthored The Informed Parent: A Science-Based Resource for Your Child’s First Four Years and has written nearly a dozen children’s nonfiction science books. As a professional speaker, Tara has spoken about vaccine hesitancy at TEDx Oslo and has delivered national and international keynotes, webinars and grand rounds on vaccines and vaccine hesitancy, parenting, understanding medical research, storytelling, and mental health, including how to manage the depletion of your personal surge capacity. Tara received her master’s in photojournalism from the University of Texas at Austin, and her images have appeared in NPR, the Fort Worth Star-Telegram, Chicago Sun-Times and Women’s Wear Daily. An avid traveler, Tara has backpacked, hiked, train-hopped, sky-dived, spelunked, scuba-dived and motorbiked through dozens of countries while eating strange insects, trekking to ancient ruins, and swimming with sharks. She lives in Texas with her husband and two sons, four dogs, and 15 pet rats, give or take. 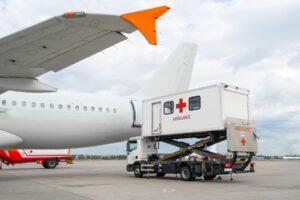 It’s Terrifying What Airlines Are Missing in Their Emergency Kits

All flights have emergency medical kits, but they may not always have what you need, which could be a life-threatening problem.
October 4, 2022

It’s Terrifying What Airlines Are Missing in Their Emergency Kits

All flights have emergency medical kits, but they may not always have what you need, which could be a life-threatening problem.
October 4, 2022