Known for her appearances on Travel Channel and Discovery, La Carmina shares strange-but-true stories from the world of travel television hosting and producing.

Whenever someone learns that I work as a travel TV host, the most common reaction that I get is: “That must be a dream job.” Viewers may have seen me on NBC, dancing in the streets of Hong Kong with William Shatner and Henry Winkler. Or perhaps they’ve watched me on the Travel Channel, daring Andrew Zimmern to sip a drink served in a disembodied mannequin’s head.

Travel television work is indeed a blast, and I still pinch myself in amazement at being part of the industry. However, what you see on your screen is the polished final cut. My behind-the-scenes grind is far less picturesque—and can involve tedious workdays, unexpected drama, and sometimes, literal fountains of blood.

If you’ve ever wondered what it’s like to host and produce travel TV shows, then I’m here to tell all. Strap yourself in and enjoy my tips for getting into this business, as well as the craziest global adventures I’ve experienced to date.

I credit good luck and timing in helping me break into travel TV. In 2007, I started my La Carmina Blog to share stories about whimsical Japanese culture, such as theme restaurants and Harajuku fashion. Since there were few blogs like this at the time, I caught the eye of television producers, who asked me to appear on travel shows as a Tokyo expert. In what felt like a trial-by-fire, I went from filming shaky YouTube videos with my friends, to shooting with major network programs like Bizarre Foods, Oddities, and Taboo. 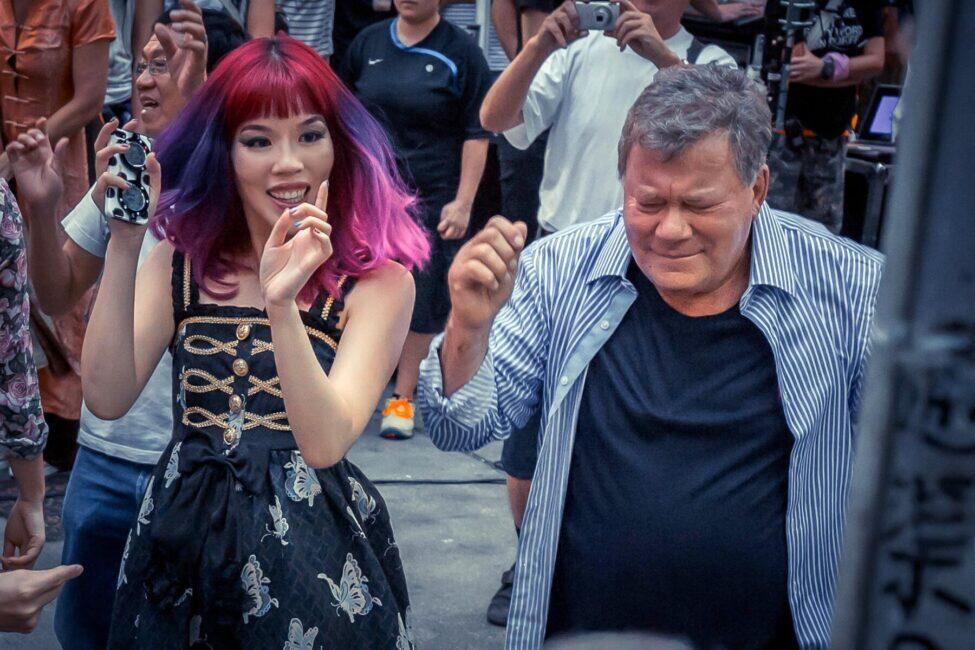 Often, the producers asked me to arrange scenes for the episode—such as at a Tokyo Goth party—since I belonged to the subculture and could facilitate access. I learned that there was a term for this role: “fixer,” or local production coordinator. Since there was a demand, I thought: why not start a company that offered TV “fixing” as a service?

In 2010, I launched La Carmina & The Pirates with my close friend Naomi Rubin, a comic artist focusing on queer stories and civil rights. Naomi is fluent in Japanese and has a background as a translator and book designer, making her the perfect production partner. (Or as I called her, “First Mate.”)

Since then, The Pirates have worked regularly with television shows in Japan and worldwide, ranging from a No Reservations With Anthony Bourdain teaser, to an entire season on the Food Network. You may be surprised to hear that filming a single episode can involve three months of pre-production. As “fixers,” our work includes securing permits, location scouting, casting, collaborating on the script, and handling logistics such as equipment rentals. The shoot itself may take less than a week, but it’s a marathon that can span twelve-hour days in dozens of locations.

Although travel TV falls under the non-fiction category, productions tend to take some liberties when telling a story. For example, you might see me bump into a local and interact with them on-screen. In fact, this “random person” has been cast and the venue cleared in advance, and we’ve likely shot the scene multiple times from various angles. 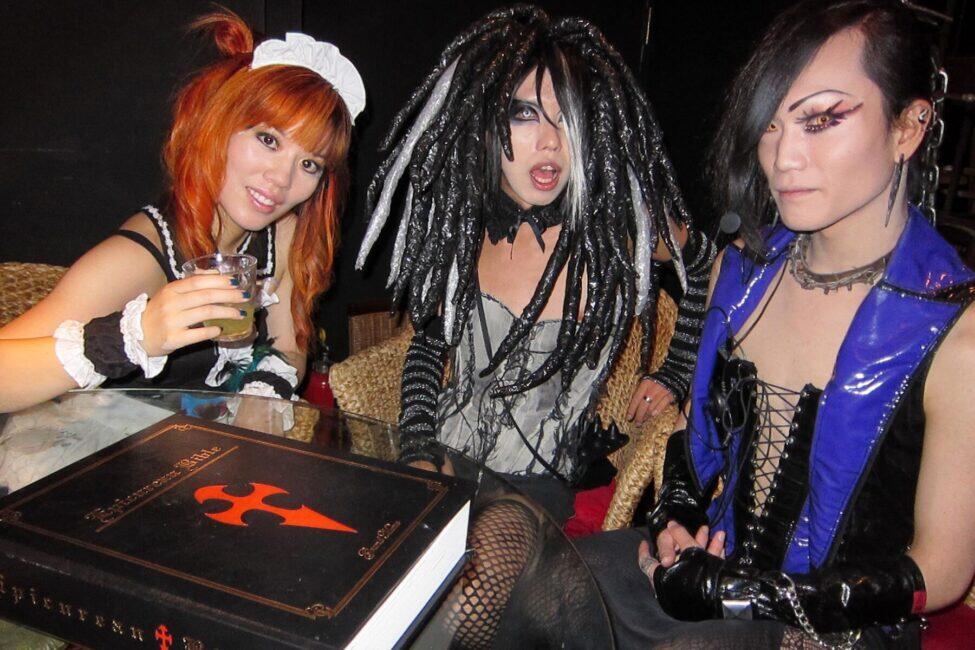 Whenever you notice extras on our shows, they’re likely to be one of my friends or relatives. For World’s Weirdest Restaurants, Naomi and I had difficulty casting enough “diners” to appear in the backgrounds. To solve the problem, we asked drag queen Die Schwarze Frau to get creative with wigs and makeup, and pretend to be a different man or woman in each scene!

Sometimes, the producers get fixated on doing something wild, and it’s up to The Pirates to make it happen. No task is too outrageous: we once hired a body modification artist to sew a man’s lips together with a needle and thread. Recently, we had three people stand side-by-side and pierce a long metal spike through their cheeks, connecting them like a shish kebab. Perhaps the strangest production request was to rent a “love doll,” or anatomically-correct life-sized mannequin. Naomi spent hours making awkward phone calls to backpage ads, until she finally acquired one—which arrived in a body bag, dressed in a Japanese schoolgirl uniform!

A few years ago, a German show wanted to feature a fake mother and father. Naomi explains, “Japan has ‘rent-a-family’ companies that hire out actors to pretend to be someone’s family member for emotional comfort, or act as a boyfriend/girlfriend to keep the parents happy at dinner.” 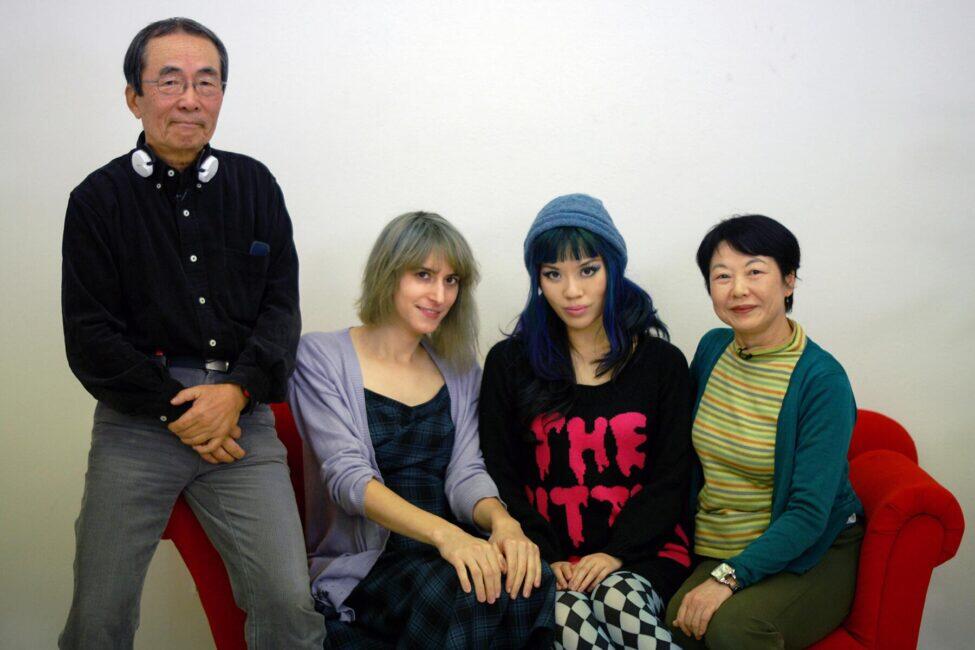 Naomi convinced the “rent-a-family” proprietor to send an elderly man and woman to film with us. In the hilarious scene, the Japanese “mother” sang a lullaby before tucking a German comedian into bed. “They were some of the best crew we’ve worked with to date—they were total pros on camera, and I could tell they enjoyed the experience of putting the scene together,” Naomi remembers.

Some of our most successful travel TV episodes were about Japanese “bagelheads.” This extreme body modification involves putting a saline drip into a person’s forehead, creating a temporary bagel-shaped bulge (the body absorbs the liquid in about 12 hours). National Geographic wanted us to cast someone to undergo this procedure, which was obviously a hard sell.

I turned to my friend Dr. John Skutlin, a cultural anthropologist and scholar of Japanese body mods. “My gut reaction was a strong no,” remembers John. Although he had tattoos and piercings, “the idea of having a needle driven into my forehead, and my skin stretched out like a balloon seemed like a step too far.” 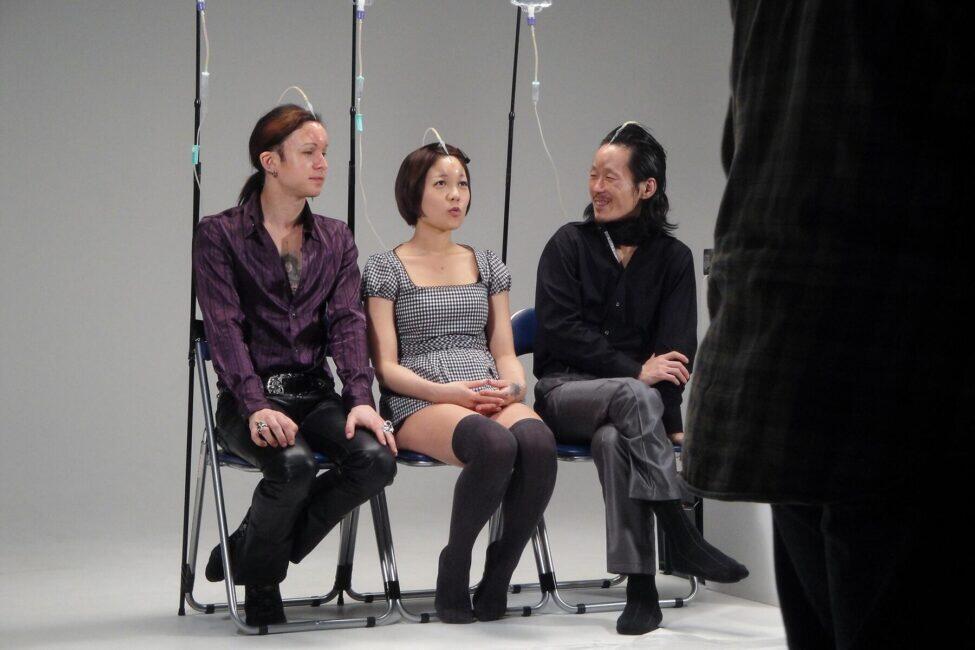 In the end, John rose to the occasion and agreed to get a bagelhead. However, because of shooting delays, the procedure faulted—and the piercer had to pull out the needle from John’s forehead. “When they did, it felt like a geyser of blood bursting out and tumbling down my face,” he recalls. Fortunately, the team managed to clean up the bloody mess, and John wound up with a bagel-shaped facial protuberance. “I’ve never regretted it and would gladly do it again,” he says.

“The Pirates” turned out to be an apt name for my travel hosting and production company, as the job often feels like a swashbuckling adventure. My trusty crew and I have navigated our share of choppy waters and chalked up incredible tales in far-off places. The pandemic has temporarily grounded our work, but I’ve managed to do some filming and producing remotely. When the world opens up again, I can’t wait to be back in front of the cameras, where I’ll keep on entertaining viewers with my bizarre journeys in Japan and beyond.