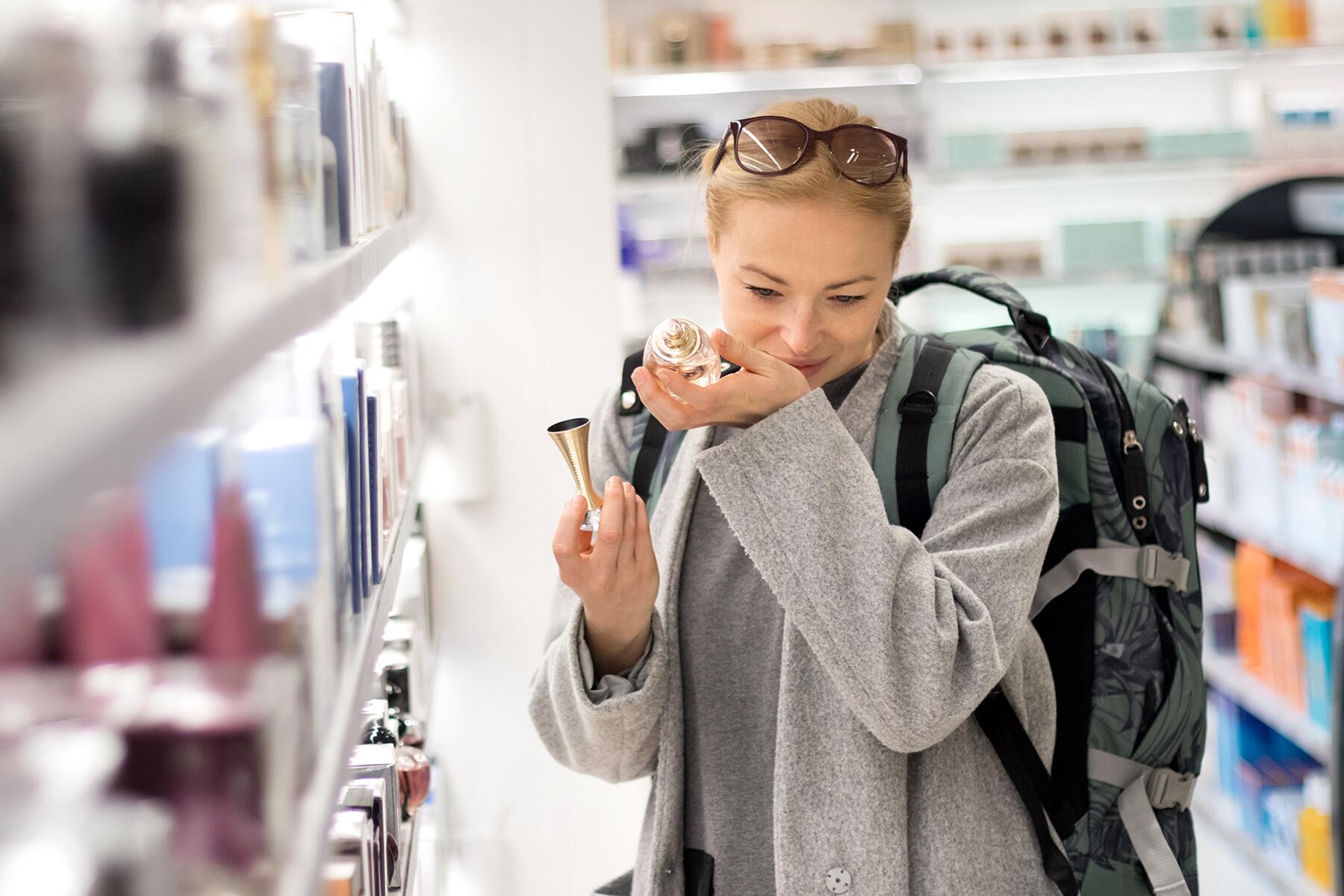 Without a strong cell phone signal in certain areas, this historical whistling language is working its way back to the forefront of Turkey.

As the blankets of morning mist sleepily roll over Kuşköy, a bucolic village set in a deep, hazelnut tree-lined valley, a shrill chirp comes from one of the surrounding hilltops suddenly breaks the silence.

The high-pitched noise cuts through the tranquil scene, first rising and then swooping in tone, looping in repeat before coming to a halt. Then, all goes still. But a few moments later, a different, deeper call fires back from down the hill.

“Do you hear that? That’s them responding to what I said,” says Sehriye Yosma, grinning like a Cheshire cat and proudly dancing around on the spot. “They’re saying: ‘How are you doing? Our village is so beautiful; it is so great.’”

The 46-year-old Yosma, wearing a dark headdress, red and white patterned skirt, and a pair of traditional clogs, then puts her two pinkie fingers into her mouth and lets out another loud, melodic whistle in response. 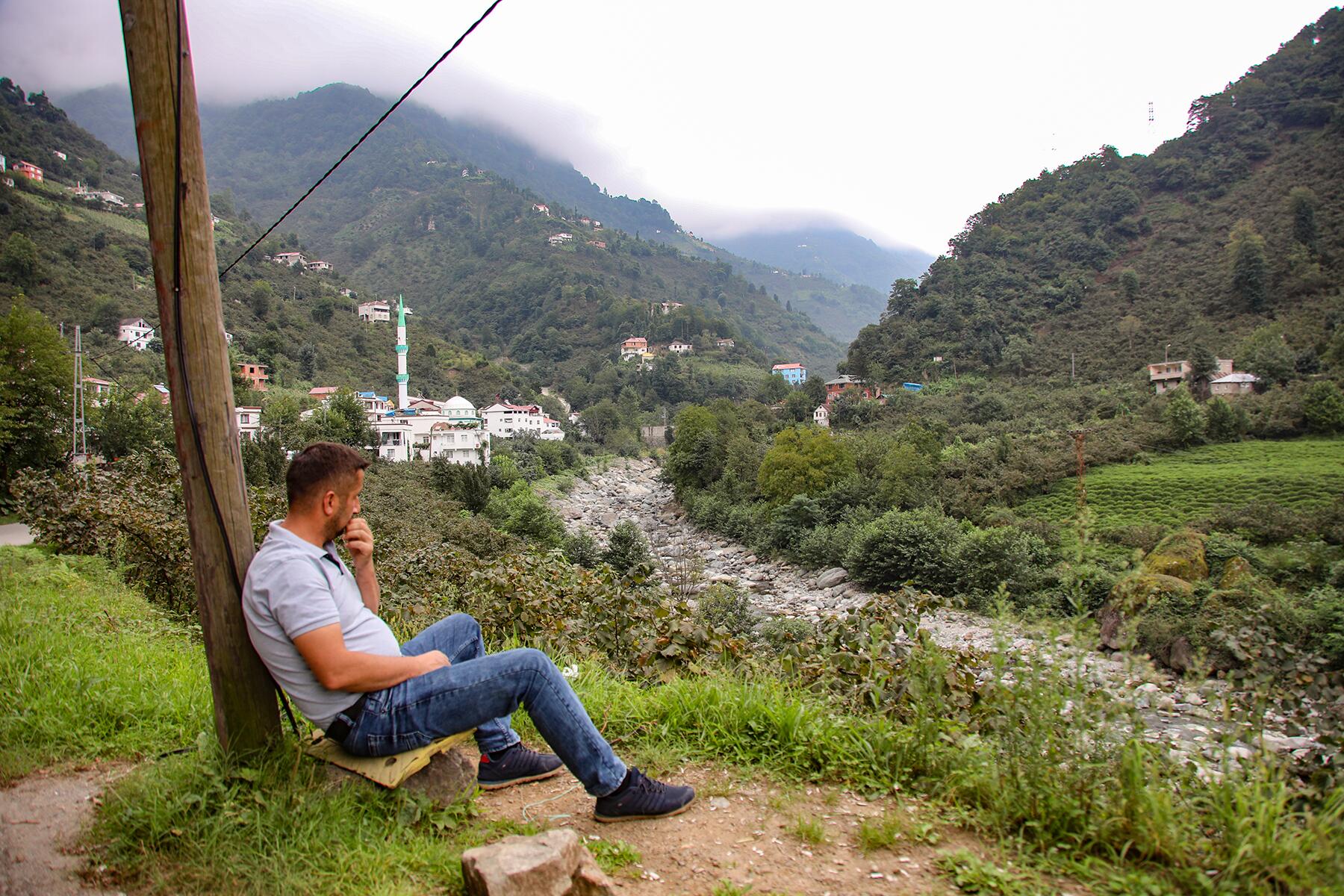 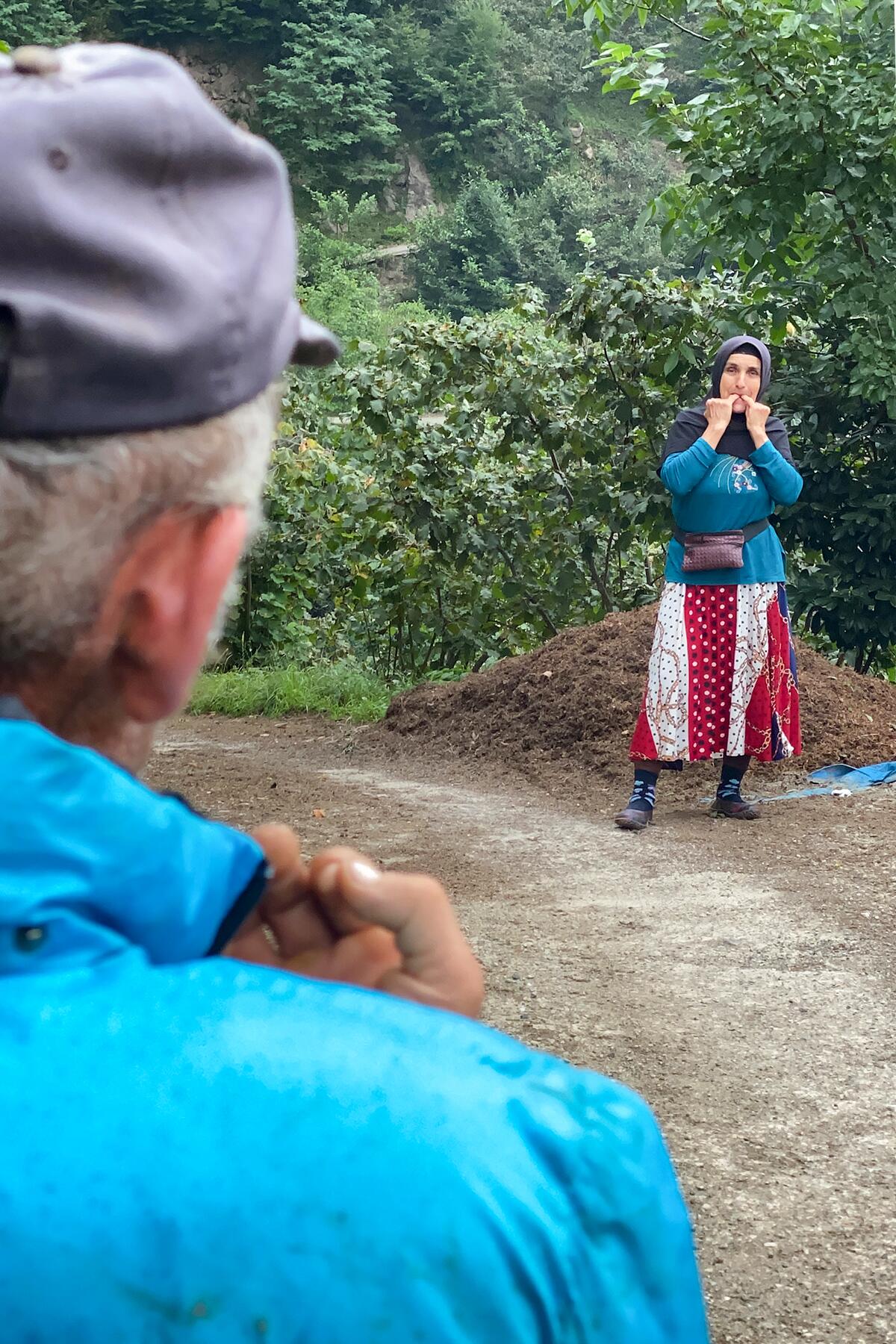 For centuries, villagers like Yosma who live within the sweeping valleys of Turkey’s mountainous Black Sea region, which is covered with sprawling tea and hazelnut plantations, have had challenges when it comes to communicating across the rugged topography. Even now, a decent cell phone signal is hard to come by.

But in the past, there was no such technology. Instead, the locals—mostly farmers who spend much of their lives outdoors tilling the land—over time developed what they call “kuş dili,” which translates literally as “bird language”—a form of whistled communication that can carry for miles over the difficult-to-traverse terrain.

While the region’s geography explains why the language developed, no one knows exactly when it began. Experts say the whistled language dates back 500 years in the region, but it could have been used far earlier: the Greek historian and philosopher Xenophon described people shouting across the same valleys two millennia ago.

The Kuşköy bird language is spoken by some 10,000 people in towns and villages across northeast Turkey, mostly in the Canakci district of Giresun Province, according to some estimates. The practice was once widespread across the Black Sea regions of Trabzon, Rize, Ordu, Artvin, and Bayburt.

But Kuşköy, whose name means “bird village,” is where the language is thought to originate from. Since 1997, Kuşköy has been hosting an annual Bird Language, Culture and Art Festival, where the community gathers to practice and compete for the accolade of the most skilled whistler. The Bird Language Association was also established in 2001 to maintain and promote the whistled language.

The language, an adaptation of Turkish into whistles, has been subject to much research. A study conducted by Onur Güntürkün, a Turkish-German professor at Ruhr University, found that “whistled Turkish uses the full lexical and syntactic information of vocal Turkish” and transforms them into whistles “to transport complex conversations with whistled articulations over long distances.”

Selma Ozaydin, who authored a separate study into Kuşköy’s whistled language, described it as “an amazing reaction of human intelligibility to the natural acoustic environment while communicating.”

Traditionally, the curious whistled language has been passed on from generation to generation through families in Kuşköy.

Engin Cindik, 54, first learned the whistled language from his grandparents. To begin with, he’d whistle nonsensical phrases. But by kindergarten, he began to form words and eventually became fluent. “I made mistakes at the beginning, but they corrected me over time,” he says. “That’s what I will do with my grandchildren too.”

Sehriye Yosma also learned the language from family. “My father would whistle if he needed help on the farm or to give me instructions,” she says. “I picked it up from him slowly. Now it’s an important part of our family life.”

But in recent years use of the bird language has been dying out, under threat due to constant social and technological change. Since 2017, the language has been on the UNESCO List of Intangible Cultural Heritage in Need of Urgent Safeguarding, with the rise of mobile phones highlighted as a “key threat to its survival” alongside the diminishing interest of new generations.

In response to those looming threats, locals have been actively promoting the linguistic practice both domestically and internationally to ensure its continued existence.

Crucially, whistling Turkish is now taught at primary schools. Karabörk Primary School in Kuşköy last year launched courses with 30 students, where pupils have been learning the basic whistling techniques and the physical anatomy of the mouth and teeth to help the process. In later stages, students are taught to understand the whistled language and how to communicate properly.

“I’m so pleased that we are able to officially teach this as part of the primary school curriculum,” says Seref Baskan, president of the Kuşköy Whistle Language association. “We are working to keep this tradition alive. We must teach the students so they will be aware of their own culture and transfer it to future generations.”

There’s even an app for it. Organ Civelek, who teaches bird language to children during the summer, created an application called “Islık Dili Sözlüğü,” or whistle language dictionary, which is an effort both to preserve the language and make it accessible to a broader audience.

Those efforts could be bolstered by international collaboration. Kuşköy is far from the only example of a whistled language. Some 40 examples have been documented in recent times around the world, often in places with densely-packed forests or steep topography, such as the soaring Atlas Mountains in northwest Africa, the deep ravines of La Gomera in the Canary Islands, and the Brazilian Amazon.

Baskan plans to unite fellow whistlers for an annual international festival as part of that cultural preservation and has already made contact with whistlers in the Canary Islands. With that progress, there’s fresh hope that Kuşköy’s bird language, which has become deeply entwined with local life, could take flight again.

“We need to recognize the importance of this incredible, unique part of our culture,” says Baskan. “We cannot let it be lost. It’s a living piece of history.”