News Apeksha Bhateja It's a Tie: The 2 Most Annoying Airline Passenger Behaviors of 2022
News4 Reasons to Go to Belgium

4 Reasons to Go to Belgium

Bordered by France, Germany, and the Netherlands, little Belgium is often overlooked. Yet it manages to squeeze an amazing amount into a landmass that’s only about the size of Maryland. These four classic activities should top your Belgium to-do list. 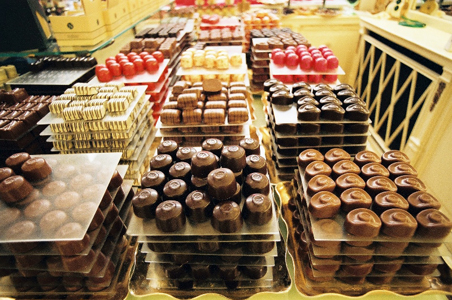 Carb-loaders fantasize about fat, fluffy waffles and mayo-dipped frites (the original fries, the "French" part being a misnomer); vegetarians crave Belgian endive and Brussels sprouts. Candy connoisseurs, however, come for Belgian chocolate, which is arguably the best anywhere. The country produces more than 170,000 tons a year and is full of decadent emporiums displaying gem-like pralines (individual filled chocolates not to be confused with the pecan-dotted drop candies known here by the same name). Godiva, Neuhaus, and Leonidas are the most renowned purveyors. But innovative, artisanal producers—like Laurent Gerbaud—are continually raising the (chocolate) bar.

Before indulging, bone up on the backstory at the small Musee du Cacao et du Chocolat ($7.15) near the suitably grand Grand’Place in Brussels; or watch chocolatiers work, then try your own hand at crafting confections during one-hour workshops, held Wednesday and Saturday afternoons, at the city’s Zaabar factory ($19.50-$26).

Insider Tip: If you need to work off calories afterwards, take a walk. Sign up for a commercial on-foot tour or register for a free, volunteer-led Brussels Greeter excursion and meet a friendly resident in the process. 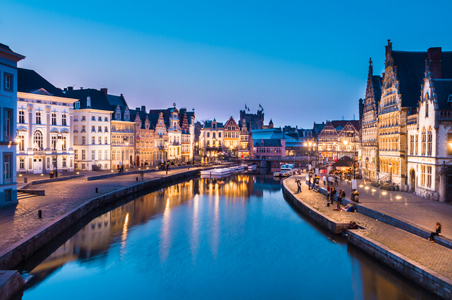 In terms of period charm, UNESCO-designated Brugge is considered Belgium’s jewel in the crown. The former capital of Flanders is frequently described as a fairy tale destination; it’s the sort of place where horse-drawn carriages clip clop along cobbled streets and swans glide down canals lined with classic step-gabled buildings—many of them housing restaurants and boutiques. The overall effect is so pretty you almost expect rotund, red-faced denizens to step out of a Golden Age painting and onto the Markt Square. If you want to ogle real works by Flemish masters, dip into the Groeningemuseum ($10.50) where canvases by the Bruegels, Jan van Eyck, and Hieronymus Bosch hang.

The caveat is that Brugge’s popularity translates into summertime crowds. To escape them, detour to equally lovely yet less-touristy Gent, 30 minutes southeast east by train. Gravensteen Castle, canal-front guild houses, and stunning churches—including St. Bavo’s Cathedral (home to the glorious "Adoration of the Mystic Lamb" altarpiece) all provide evidence of its days as a medieval powerhouse. Gent, though, is also a university town, and its large student population lends it a youthful energy. 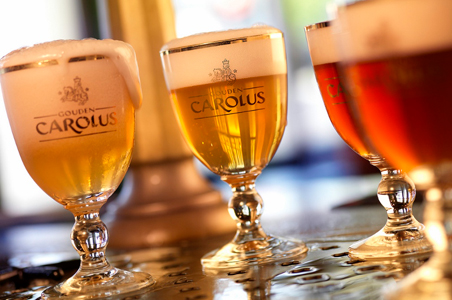 B.E.E.R. Those four letters alone are enough to induce libation lovers to visit. Belgians have been in the brewing business since the Middle Ages, and their specialty beers set the global gold standard. Moreover, you can build an entire itinerary around the 400-plus brands distilled here. These range from ubiquitous Stella Artois to the rare Westvleteren XII (routinely voted the "world’s best"), brewed by Trappist monks and only available at the St. Sixtus Abbey, near Poperinge.

Several facilities—among them the Cantillon Brewery ($7.75) in Brussels and De Halve Maan’ Brewery ($9) in Brugge—offer tours and tastings for anyone eager to get a behind-the-scenes look at the beer-making process. If your primary goal is to sample as many pints as possible, head for the Bierhuis Kulminator in Antwerp where the catalogue-sized beer menu is notable for both quality and quantity. Before you crack open a bottle and start chugging, just remember that Belgians approach beer with the same reverence that the French reserve for wine, and (as with wine) different types are served in different styles of glassware designed to maximize the flavor of each.

Insider Tip: For local flavor, order a Lambic (naturally carbonated wheat beer that improves with age) or Kriek (a variation with sour cherries added). Once it arrives, lift your glass and say gezondheid, "To your health!" 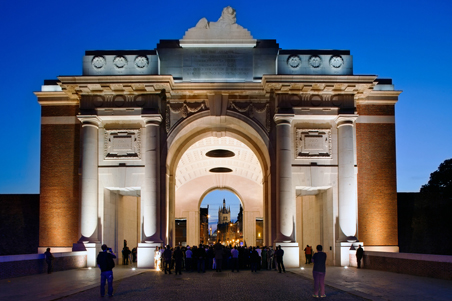 As the centenary of World War I approaches, it seems especially fitting to explore the Flanders Fields region, starting in Ieper (aka Ypres). Flattened in wartime, the city has been painstakingly reconstructed, and its dominant landmark—a faithful copy of the 14th-century Cloth Hall—contains the In Flanders Fields Museum ($10.50). After perusing exhibits that meld artifacts with up-to-date technology, stroll to the Menin Gate: an arch inscribed with the names of 54,896 soldiers who went missing in action in the Ypres Salient. Every evening at 8 pm, traffic on the road running under it (a road soldiers traveled en route to the front) is halted and wreaths are laid during the poignant Last Post ceremony.

You can also pay tribute the sacrifices made in the Great War at some of the 150-plus military burial grounds and memorials found in this area. Nearby ones include Essex Farm Cemetery, where Lieutenant Colonel John McCrae wrote the war’s most famous poem in 1915; and Tyne Cot Cemetery where almost 12,000 Commonwealth soldiers were interred. In Waregem, 28 miles east of Ieper, the Flanders Field American Cemetery is devoted to fallen US servicemen.

Frequent Fodor’s contributor Susan MacCallum-Whitcomb is a history-loving beer buff with a passion for chocolate, so Belgium—particularly the fabulous Flanders region—appeals to her on many levels. When not on the road, Susan lives with her family in Halifax, Nova Scotia.