Just north of Bangkok, this storied cradle of Thai civilization offers some of the most splendid architecture in all the nation. Seafood lovers take note—Ayutthaya is renowned for its massive river prawns, which are often butterflied and grilled over an open flame with no seasoning added.

A History of Ayutthaya: Siam in the Early Modern World, written by Chris Baker and Pasuk Phongpaichit 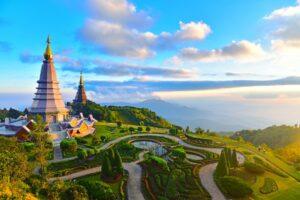 10 Incredible Temples in Thailand You Have to See to Believe

Bangladesh is a big-things-in-small-packages destination.

The recently opened Padma Bridge has been heralded as an engineering marvel and as the country’s longest rail-road bridge. It would save you much time (about four and a half hours) should you be visiting Dhaka from Kolkata, India, which is one of the common routes for travelers. Bangladesh can also be easily accessed year-round, with new flights on its national carrier Biman Airlines, from Heathrow, Manchester, and Toronto to Dhaka. People should dress modestly, preferably in loose-fitting clothing that covers arms and legs, as a sign of respect for local social mores.

A Golden Age by Tahmima Anam

The Ho Chi Minh City metro is set to open in 2023, but in the meantime Grab and Gojek—Southeast Asia’s answers to Uber—are still the easiest way for travelers to get around. Download either app to hail a ride just like you would use Uber.

The Headmaster’s Wager by Vincent Lam

From nature walks and safaris to palace visits and spiritual tours, there is much to discover in this royal, historic Indian state.

If you want to immerse yourself in the ragas of Hindustani classical music, definitely attend the four-day Tansen Samaroh in Gwalior in December that pays tribute to the revered 16th-century musician Tansen. It is one of the oldest music festivals in India. 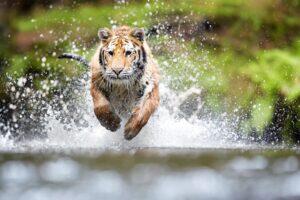 These Animals Are Almost Impossible to Spot See in the Wild. Here’s How I Saw 3

The very definition of eco-luxury, Palawan is one of the Philippines’ most magical islands where underwater worlds meet lush jungles.

Just north of the main island–a ferry ride away–lies the island of Coron, home to some spectacular wreck dives in Asia. 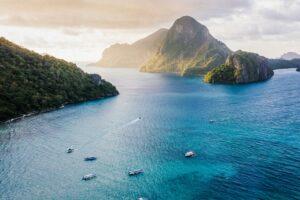 11 Philippines Islands That Should Be on Your Bucket List

Retreat to a laid-back island life in landlocked Laos, which boasts the world’s widest waterfall.

The infrastructure in Si Phan Don is continuously improving, but ATMs are still few and far between, so be sure to take out some cash on the mainland before heading here.

Run Me to Earth by Paul Yoon