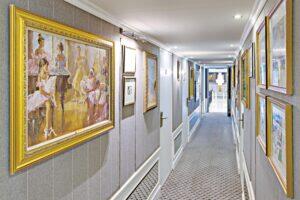 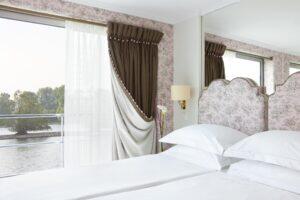 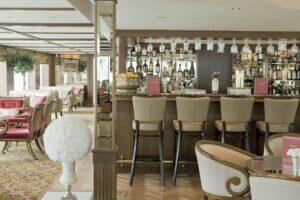 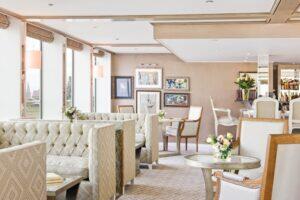 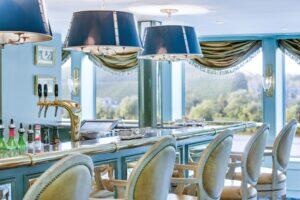 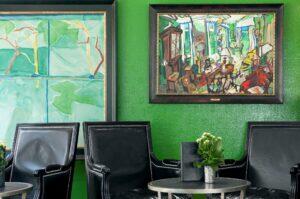 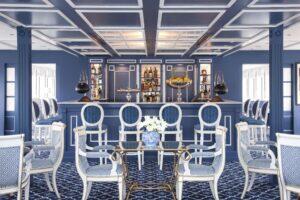 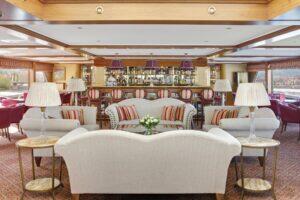 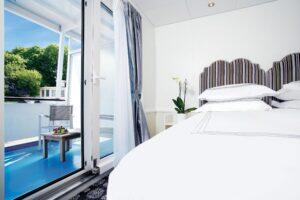 Founded in 1976, Uniworld Boutique River Cruises is a California-based company offering luxury European river cruises. Operating 13 ships in Europe, Uniworld offers itineraries from 7 to 30 days on the Rhône, Mosel, Danube, Seine, and Saône rivers, as well as in the Netherlands and Belgium. Uniworld is the only North American river-cruise company to tour Portugal and Spain on the Douro River, from Lisbon to Porto. Its 128-passenger Douro Spirit was added in 2011. By 2012, awards showered down with the introductioin of the opulent SS Antoinette, where 18th-century French design meets 21st-century technology, including electronic balcony windows, Wi-Fi, underwater music, a movie theater, and heated swimming pool. Spending over $100 million in five new ships, Uniworld commissioned partner Red Carnation Hotels to provide passengers a five-star experience. Expect sumptuous bedding and decor in first-class rooms that make you feel like royalty. Joining in 2013, the 118-passenger Queen Isabel will also sail Douro routes. Expect equally regal appointments.Read More

Choose this Line If
Don’t Choose this Line If
Money is no object. Uniworld’s luxury river cruises are priced on the higher end although fares are all-inclusive, including excursions.
You enjoy wine and fine dining. Uniworld is the only river cruise to be recognized as “Top in Dining” in the industry and reader polls; epicurean and oenophile adventure cruises offer tastings, culinary demonstrations, and on-site visits to markets and suppliers.
Eclectic interior design appeals to your aesthetic tastes. Every ship has a unique combination of styles and use of colors, fabrics, and textures.
You have limited mobility. Ships do not have handicapped or wheelchair-accessible cabins. While there are elevators on five vessels (Princess, Queen, Empress, Duchess, Countess), the elevator on River Queen does not reach all decks.
You’re a party animal. These ships are not traditional party boats with Vegas-style showmanship. Expect intimate, low-key entertainment like small music trios and cocktail parties.
You’re an Internet addict. Wi-Fi service is available in the lounge and library, but service is inconsistent and inconvenient with an overloaded network and two-hour log-in limit.
CRUISE LINE INFO
800/733–7820
https://www.uniworld.com
COVID-19 Travel Updates
Read our latest advice.