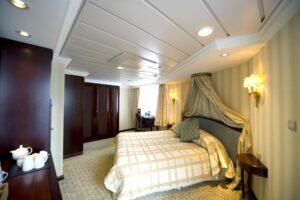 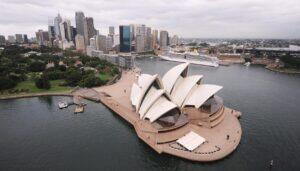 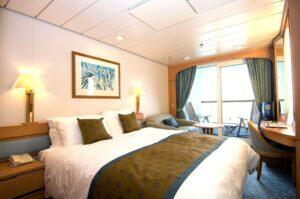 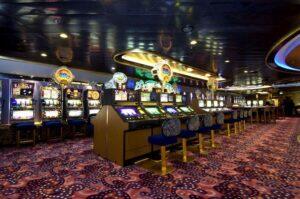 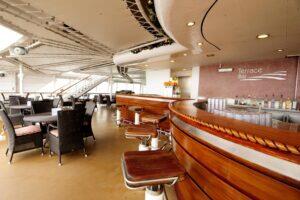 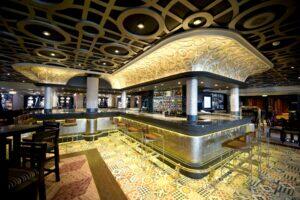 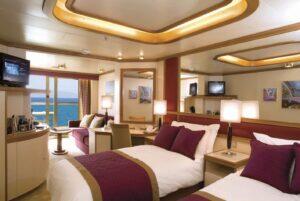 Experienced British cruisers know the Adonia and probably its predecessor, the Artemis. The conservative ship attracts a loyal following of affluent British travelers who appreciate country home aesthetics, traditional flavors, and manageable social scenes while cruising to off-the-beaten-track destinations. A happy camaraderie is fostered as a result of the ship’s compact size—a low staff-to-passenger ratio keeps service personalized and attentive; old-fashioned lounges and colorful tartan carpets add to a warm, family-style ambience. Though night owls will rarely be seen on this ship, expect onboard facilities to be buzzing with active seniors (50+) raring to enjoy a full and fun day. Enthusiasm is high on board and on shore with ample choice for keeping entertained and engaged.Read More

With 710 passengers, Adonia is the smallest and newest addition to the P&O fleet, joining the armada in May 2011 as one of three adult-only ships. Expect to run into increasingly familiar faces on the grand staircase, lounges, and restaurants. The European-inspired interior is reminiscent of a refined English country manor. From velour furnishings in burgundy, grey, and hunter green to cherry wood detailing and traditional artwork, passengers will feel comfortable in intimate public rooms. Spacious cabins are outfitted with 21st-century amenities. The ship gets high marks from passengers for friendly service and fine dining. Branded a “pathfinder ship,” Adonia explores ports megaships cannot navigate. Balconies are attached to 75% of cabins, providing memorable rooms with a view.

Originally named the R8 for Renaissance Cruises back in 2001, the Adonia was built at the famed Chantiers de l’Atlantique shipyards in France. By 2003, she was sold to the British operator Swan Hellenic, who renamed her the Minerva II. Her parent company, Carnival, then brought her into the Princess Cruise fleet as Royal Princess. Transferred to P&O Cruises in 2009, she received a pricey makeover and then returned for grand sailing in 2011, christened with her current name by the famous Welsh singer Dame Shirley Bassey.

Pros
Cons
Three-quarters of all cabins have balconies
Service is responsive and friendly, offered with British flair
Food is well-prepared, and special dining requests can almost always be accommodated
Ship can feel old-fashioned with thick carpeting and heavy woods
Interior cabins will feel particularly small
There are cover charges for some restaurants

Expect a British touch for decor in cabins and suites with marine blue, gold, and dark wood trimmings. Although the colors throughout tend to be somewhat old-fashioned, they are soothing. The balconies in suites are generous enough in size to fit dining tables and chairs.

Although Adonia does have wheelchair-accessible staterooms, there are times when passengers who require the use of a wheelchair may find it difficult to embark or disembark the ship; because of tides the gangway may be too steep for safe passage.

In the main Pacific dining room, breakfast and lunch are open seating with two assigned seatings for dinner. The Sorrento offers fine Italian cuisine and serves dinner nightly and lunch on sea days (reservations only, extra charge), while the very popular Marco Pierre White’s Ocean Grill prepares fresh seafood and meat. The Observatory is another option for buffet lunches and light snacks. There is a charge for room service that is only available 7 am–11 pm.

Eight bars include the panoramic Crow’s Nest and Anderson’s, which offers live music and a British pub atmosphere. Stroll to the poolside Crystal Bar for a refreshing drink outdoors. Reenergize at the chocolate and coffee bar Raffles on the expansive promenade deck. The grand Curzon lounge offers dancing nightly, as well as a wide range of other evening entertainment, from shows to classical recitals on its stage.

Head to the Lido deck for the Oasis Spa and Health Club, gym, and steam rooms. There is also a hair salon on this level.