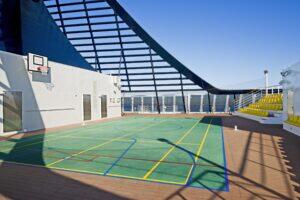 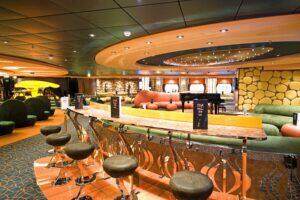 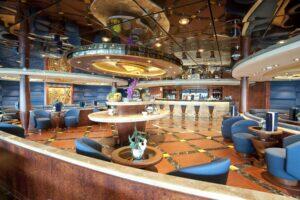 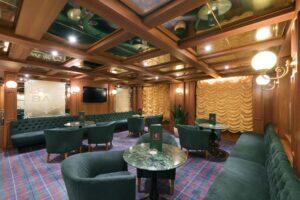 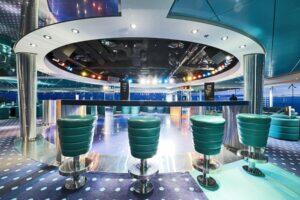 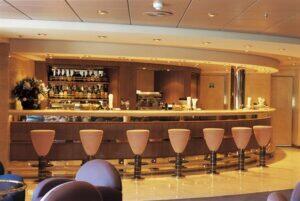 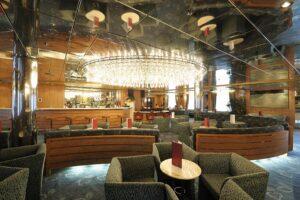 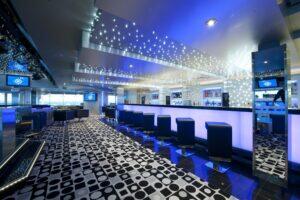 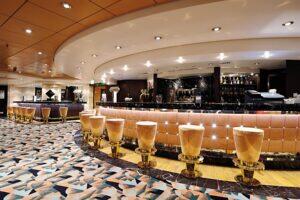 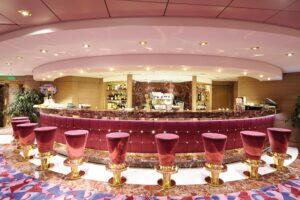 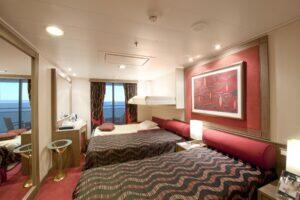 Introduced in 2004 as a sister ship to MSC Lirica, the MSC Opera offers the best of old-fashioned elegance—each public room has a distinctive color scheme that flows seamlessly from one to the next—and the best of modern conveniences, including an Internet café.Read More

Though these four sleek, medium-sized ships are almost exactly the same dimensions and differ only slightly in basic layout, Opera holds almost 200 more passengers typically and has almost 100 extra cabins. Light and bright by day, intimate and sophisticated by night, the contemporary design may not measure up to the sizzle expected by those North American passengers who don’t appreciate more understated European tastes.

Public rooms are spacious and uniformly elegant, with grand touches of marble, brass accents, and lots of wood. The refreshing lack of glitz is more than compensated for by the sparkle of glass and a mixture of primary and neutral colors. With most public areas on the lower two passenger decks, getting acclimated is a breeze. Near the elevator and stairway, lobbies make even vertical movement less challenging.

More widely known as one of the world’s largest cargo shipping companies, MSC has operated cruises with an eclectic fleet since the late 1980s. When the line introduced two graceful, medium-size ships in 2003 and 2004, it ushered in an era of new shipbuilding that has seen the fleet grow faster than any other European cruise line. This line is growing into a major player in both Europe and the Caribbean.

MSC blankets the Mediterranean nearly year-round with a dizzying selection of cruise itineraries that allow a lot of time in ports of call and include few if any sea days. In summer months, several ships sail off to northern Europe to ply the Baltic. Itineraries planned for repositioning sailings visit some intriguing, off-the-beaten-track ports of call that other cruise lines bypass.

No glitz, no clutter—just elegant simplicity—is the standard of MSC’s seaworthy interior decor. Extensive use of marble, brass, and wood reflects the best of Italian styling and design; clean lines and bold colors set their modern sophisticated tone.

MSC adopts some activities that appeal to American passengers without abandoning those preferred by Europeans; however, regardless of the itinerary, be prepared for an Italian-influenced experience. Also expect to hear announcements in several languages.

Pros
Cons
Specialty coffees and alcoholic beverages are reasonably priced
Extravagant midnight buffets are worth attending
High above the stern, the disco is a cozy place to sit until the volume and action crank up
Oddly, only the forward and aft elevators and stairwells reach all decks
There are no aft-facing cabins with balconies
Meal times are designed according to European tastes and begin late when ships are in the Mediterranean

There are nearly a dozen stateroom price categories that fall into three basic configurations: suite with balcony, ocean view, and inside. The addition of a fourth category on MSC Opera (ocean-view cabin with balcony instead of some of the larger suites) increased the number of balconies available, but the size of these new balcony cabins is identical to that of the ocean-view cabins with windows only. Inside cabins were added to nearly an entire deck on MSC Opera as well, which accounts for the higher double-occupancy rate.

Suites (which would be more accurately described as minisuites) have a sitting area and a bathroom with bathtub; all but two forward-facing suites on each ship (which are now designated family-size staterooms) have a balcony as well.

All cabins are comfortably decorated in primary colors and have a vanity-desk, side chair, TV, small minibar refrigerator, personal safe, and a hair dryer. Bathrooms are supplied with MSC Cruises’ own brand of shampoo, bath gel, and soaps, plus a handy sewing repair kit. Suites also have a computer connection.

Two formal restaurants serve Mediterranean- and Italian-accented cuisine in traditional early and late assigned seatings; one restaurant also offers sit-down breakfast and lunch, both in open seating. The Lido buffet serves casual breakfast, lunch, and dinner during set hours. Although there is no true alternative dining restaurant, a casual dining area adjacent to the Lido buffet has outdoor tables protected from the elements by overhead canvas where meals can be enjoyed. A poolside grill and pizzeria offer additional casual options. Although you’ll find croissants available in the morning at the coffee bar, you’ll pay extra for coffee there. Room service is limited to a menu that includes a Continental breakfast and cold sandwiches. Midnight buffets vary nightly, ranging from themed snack-type offerings to a gala affair.

After dinner, the coffee bars are the main social gathering spots. Elaborate evening entertainment in the show lounges is designed for multilingual audiences and relies on sight and familiarity with musical selections rather than language. Bars and lounges range from high-energy dance spots, with the entertainment staff on hand to get things going, to more sedate spots for a nightcap.

The Zen-like, Asian-inspired Aurea Spa offers a full menu of treatments, some of them also Asian-inspired. The thermal suite, with aromatherapy infused Turkish bath and sauna, is available to all for a daily fee.