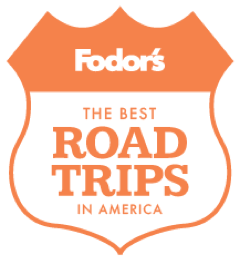 From the otherworldly desertscapes, soaring redwoods, and eye-popping canyons of California to the volcanic peaks, lush rainforests, and pristine beaches of the Pacific Northwest, the West Coast contains some of the country's most celebrated national parks.

You probably already know about the “bucket list” destinations like Yosemite, Crater Lake, and Mt. Rainier, and on this tour you’ll enjoy the opportunity to see what makes these iconic parks so special. ...Read More

But on this journey north through inland California, Oregon, and Washington and then back down along these three states’ rugged coastlines, you’ll also discover some of the park system’s hidden treasures—underrated yet dazzling landscapes like Lassen Volcanic, North Cascades, Oregon Caves, Pinnacles, and Channel Islands.

This itinerary covers a lot of ground, and you’ll need about three weeks to spend even a day at every park highlighted. If you’re able to set aside four-to-six weeks for this adventure, you’ll be able explore and appreciate the landscape more thoroughly. Keep in mind, access to parts of some parks is limited in winter, especially those in higher elevations, such as Yosemite’s East Entrance, Crater Lake’s North Entrance, and North Cascades main park highway. The best strategy for timing this trip is to set out in April or May, when the temperatures in the desert are mild and then work your way north to time your arrival in the mountainous parks of the Northwest with warmer weather. Then make your way south down the coast, which is lovely all summer long. Read Less 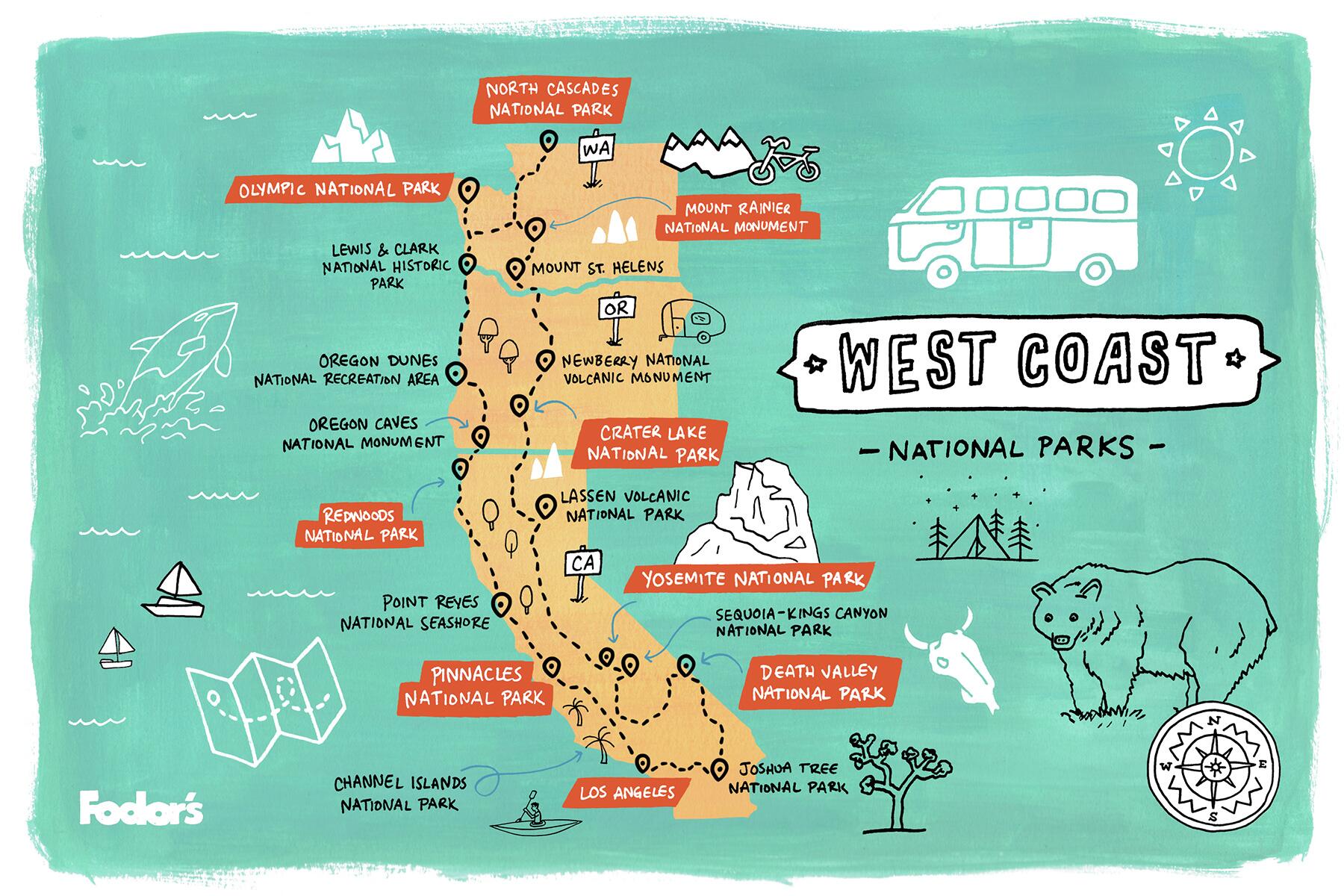 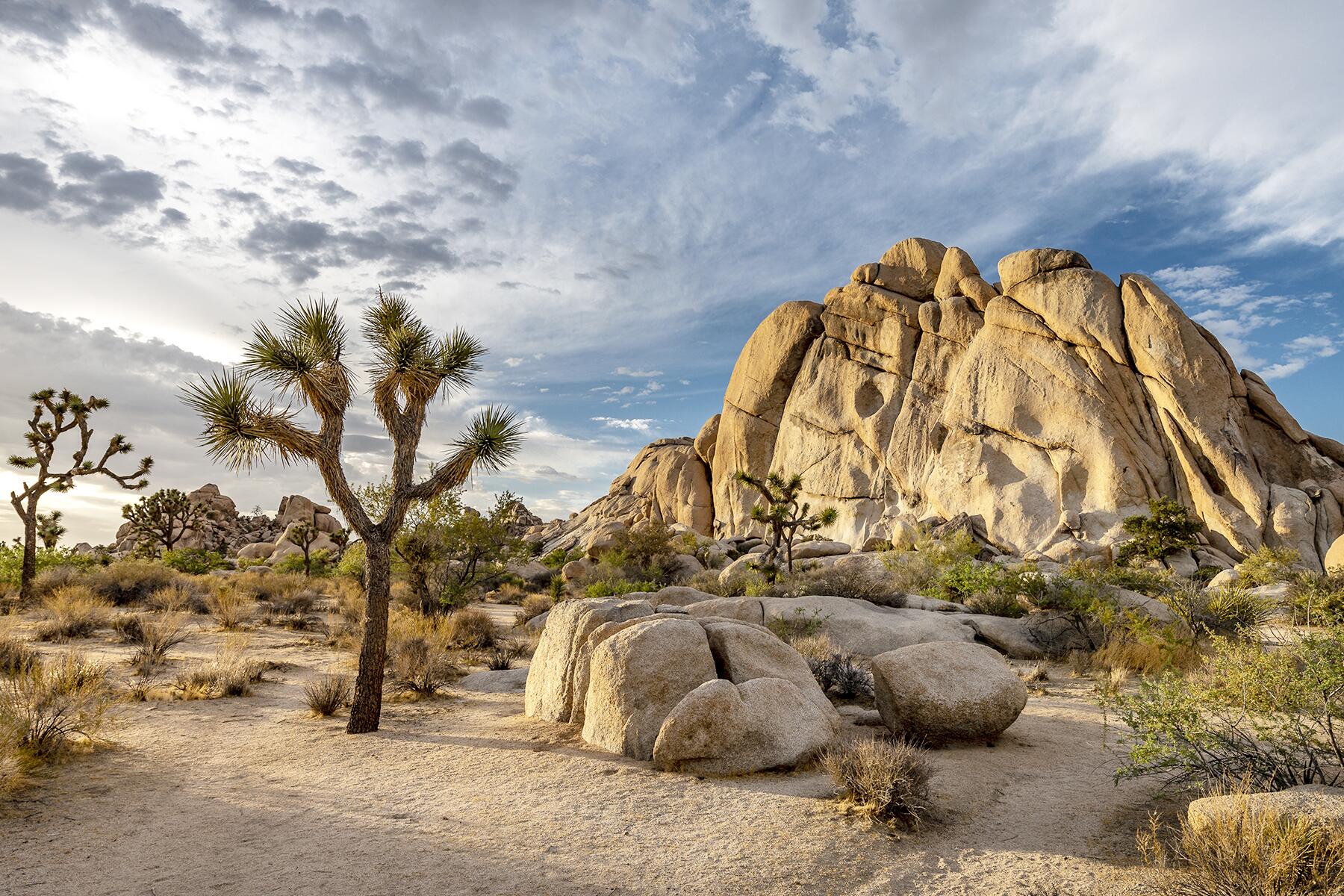 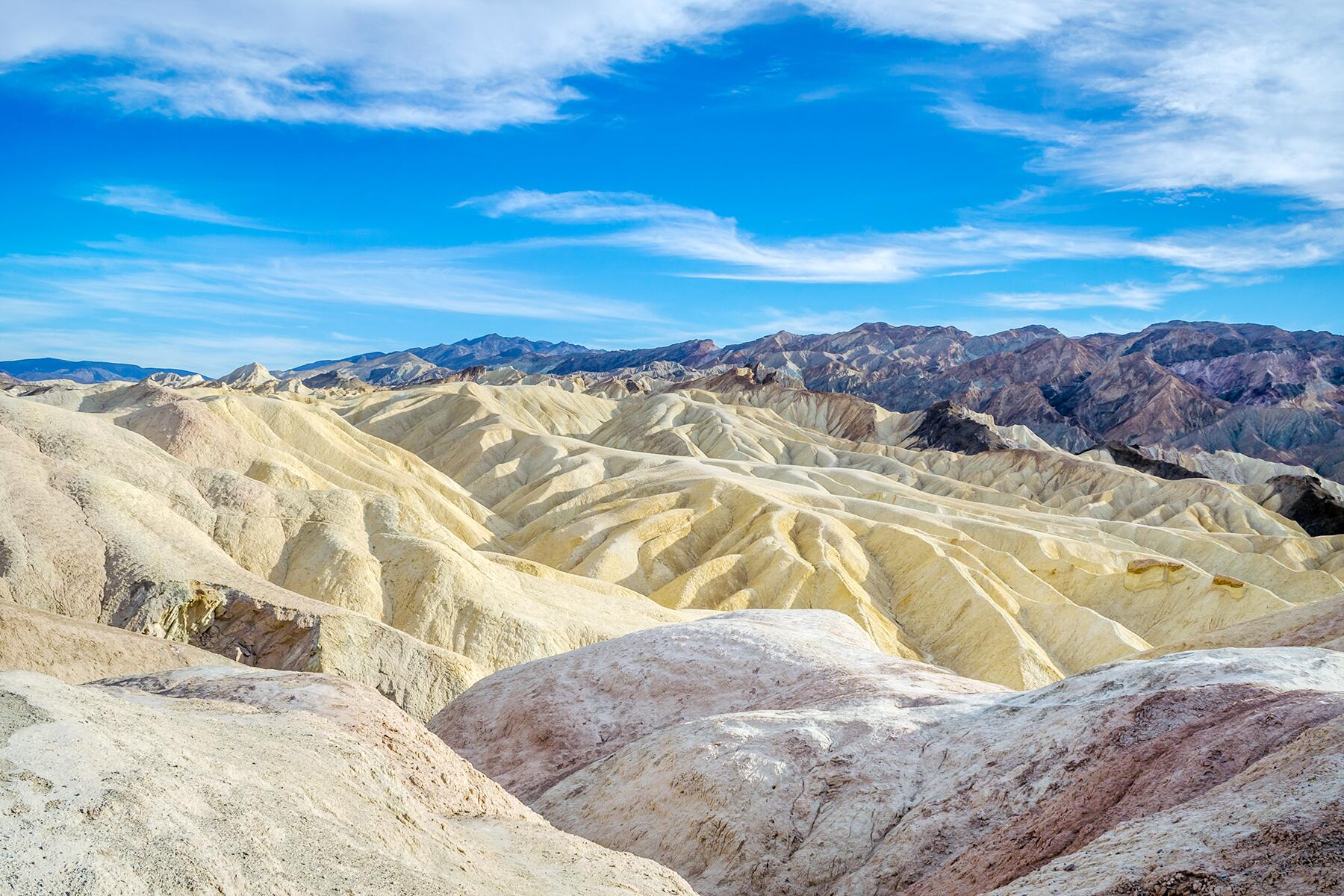 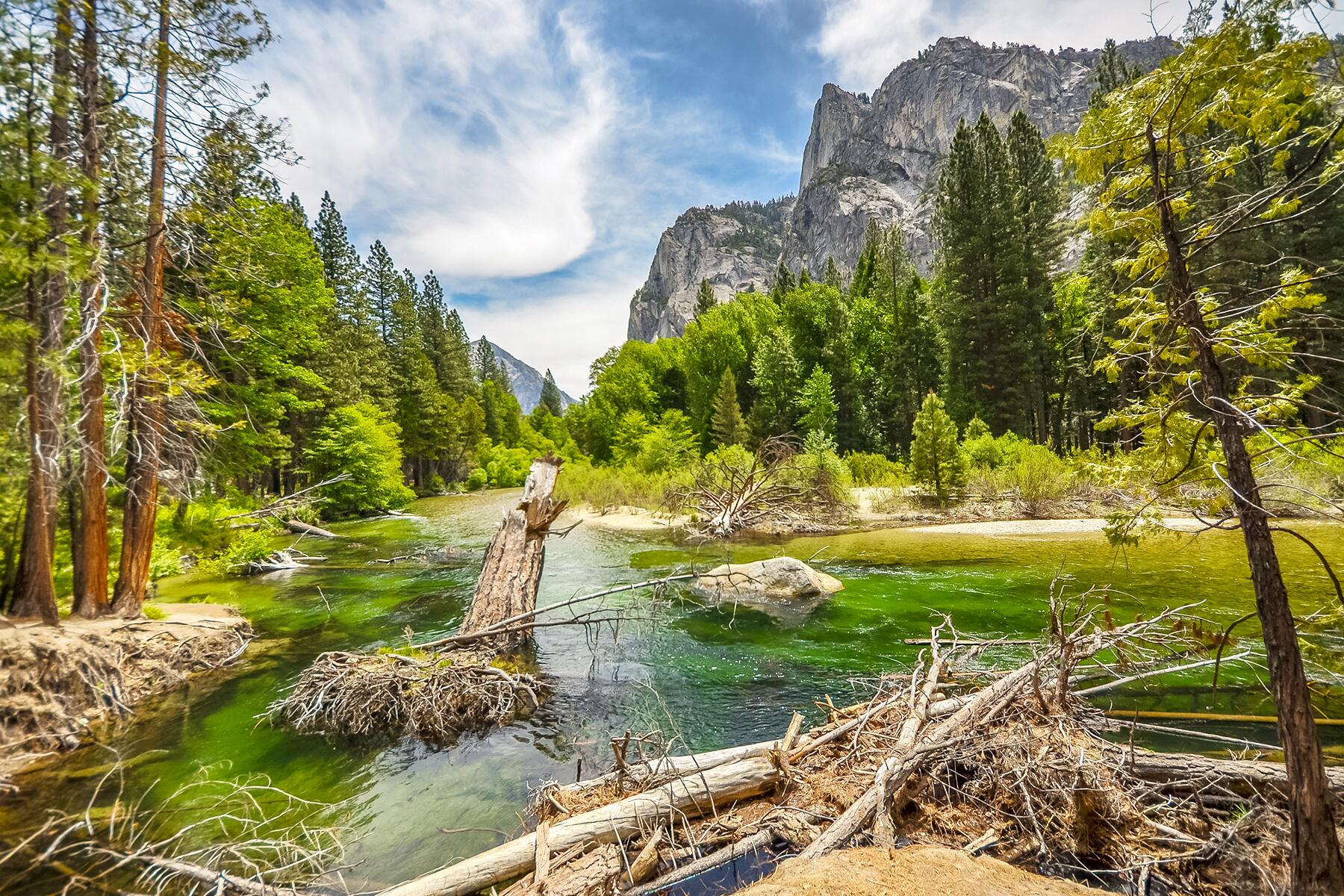 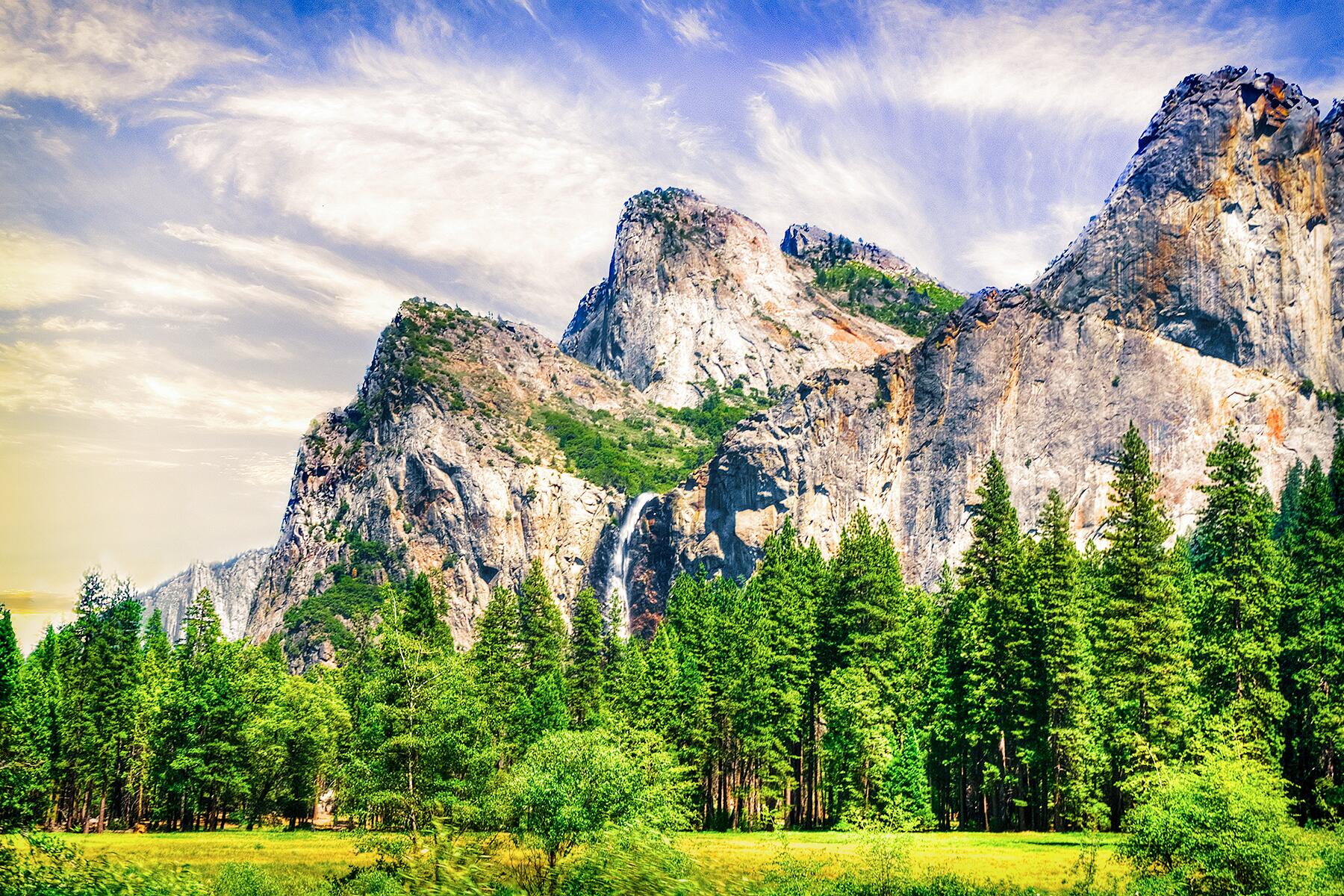 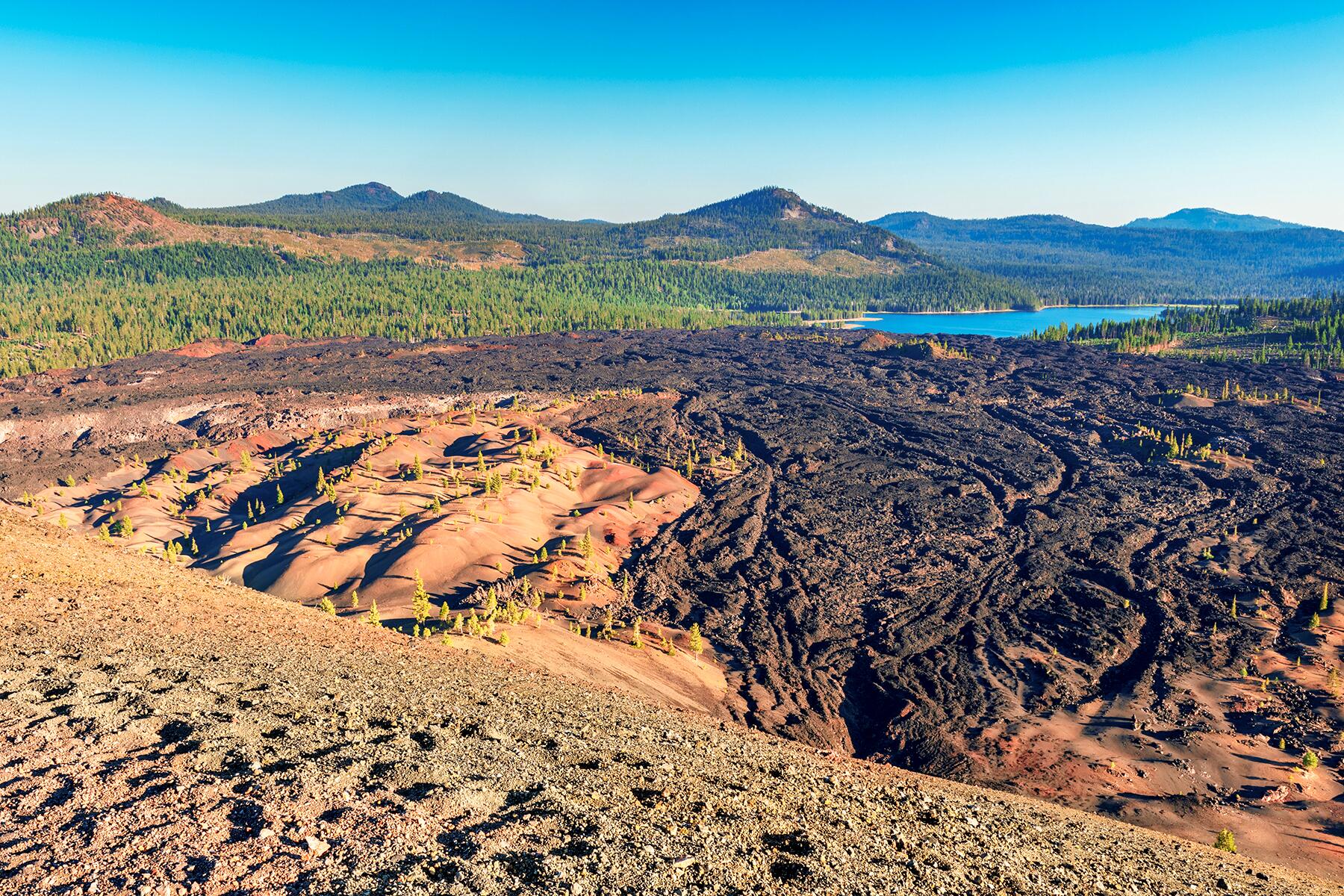 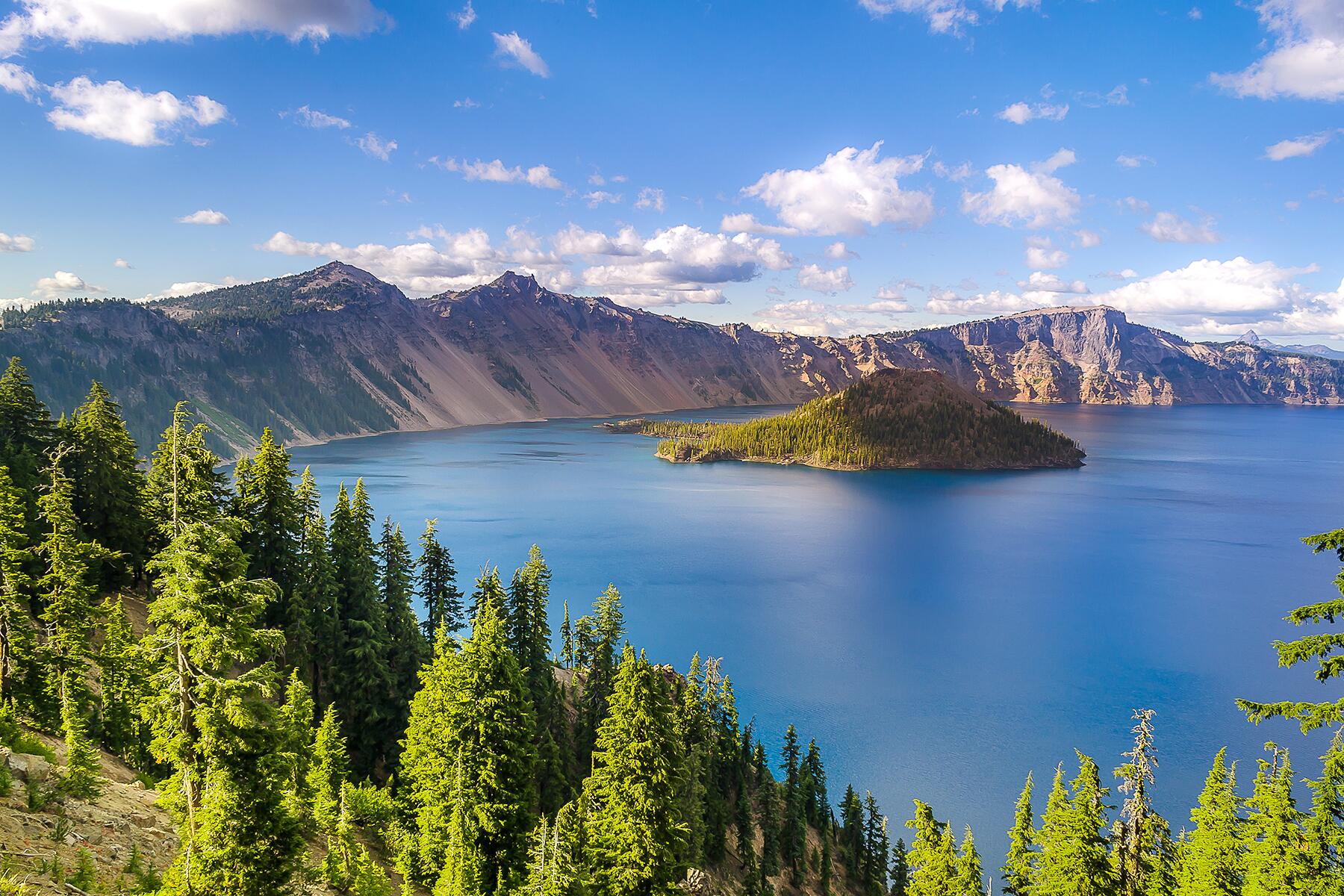 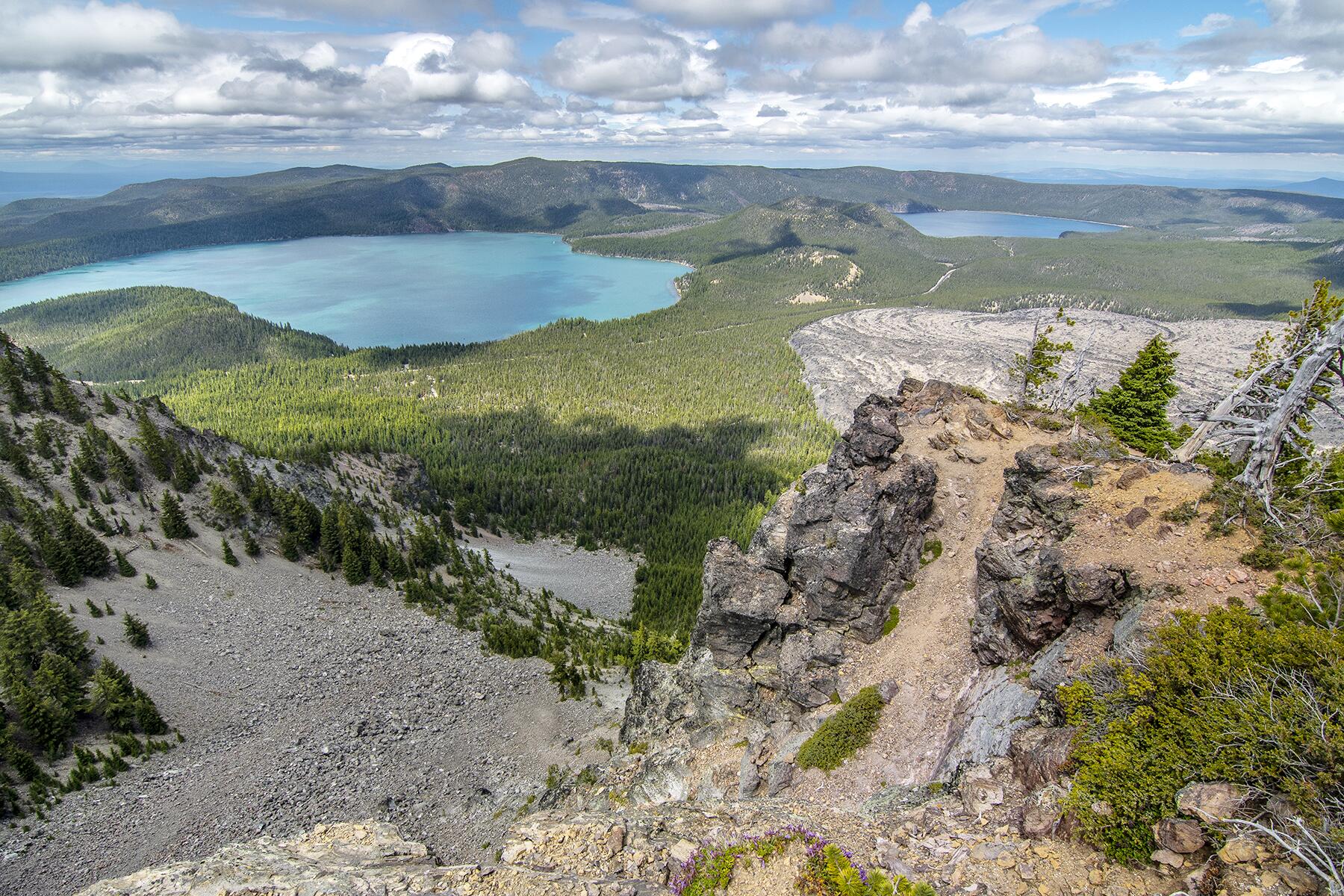 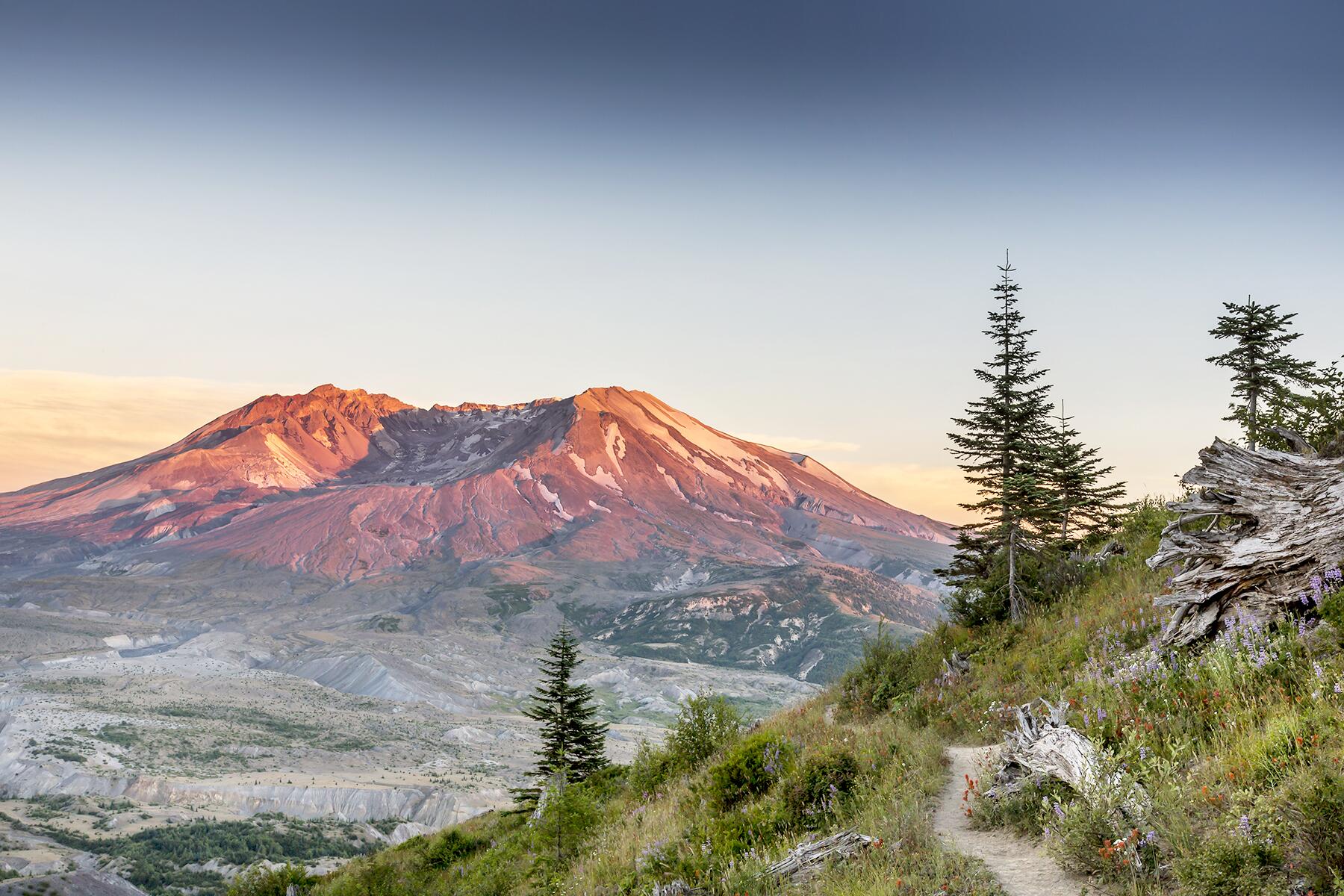 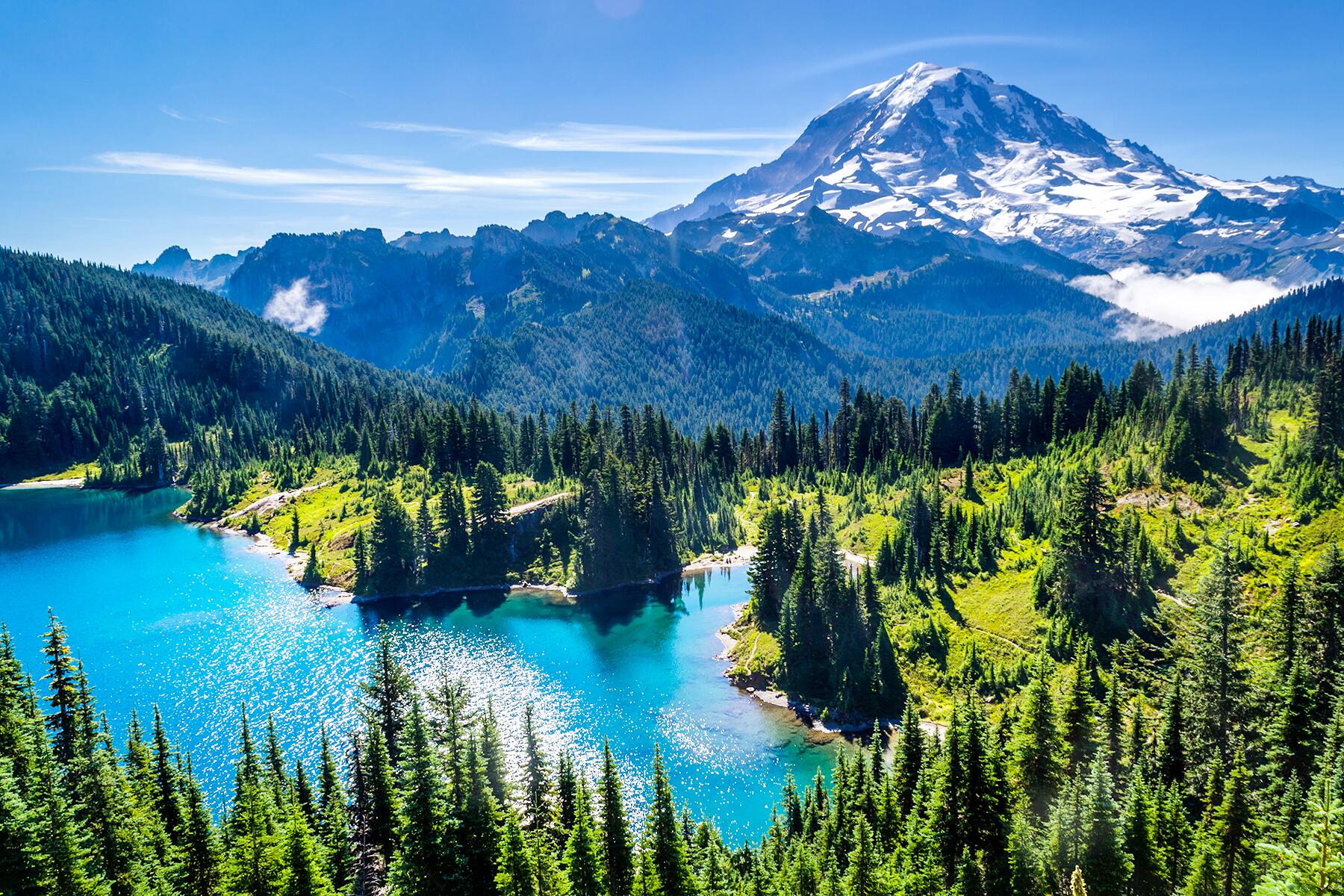 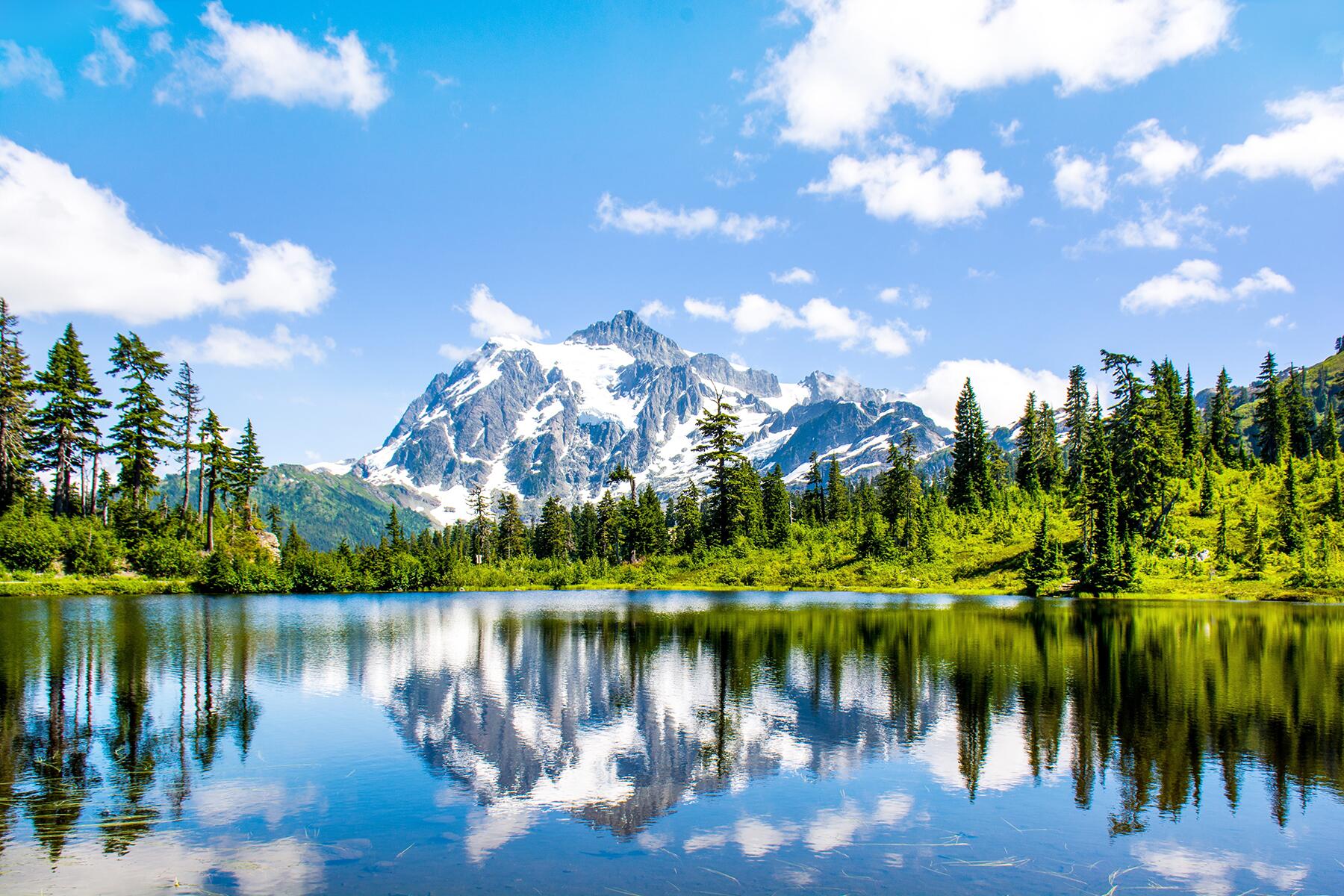 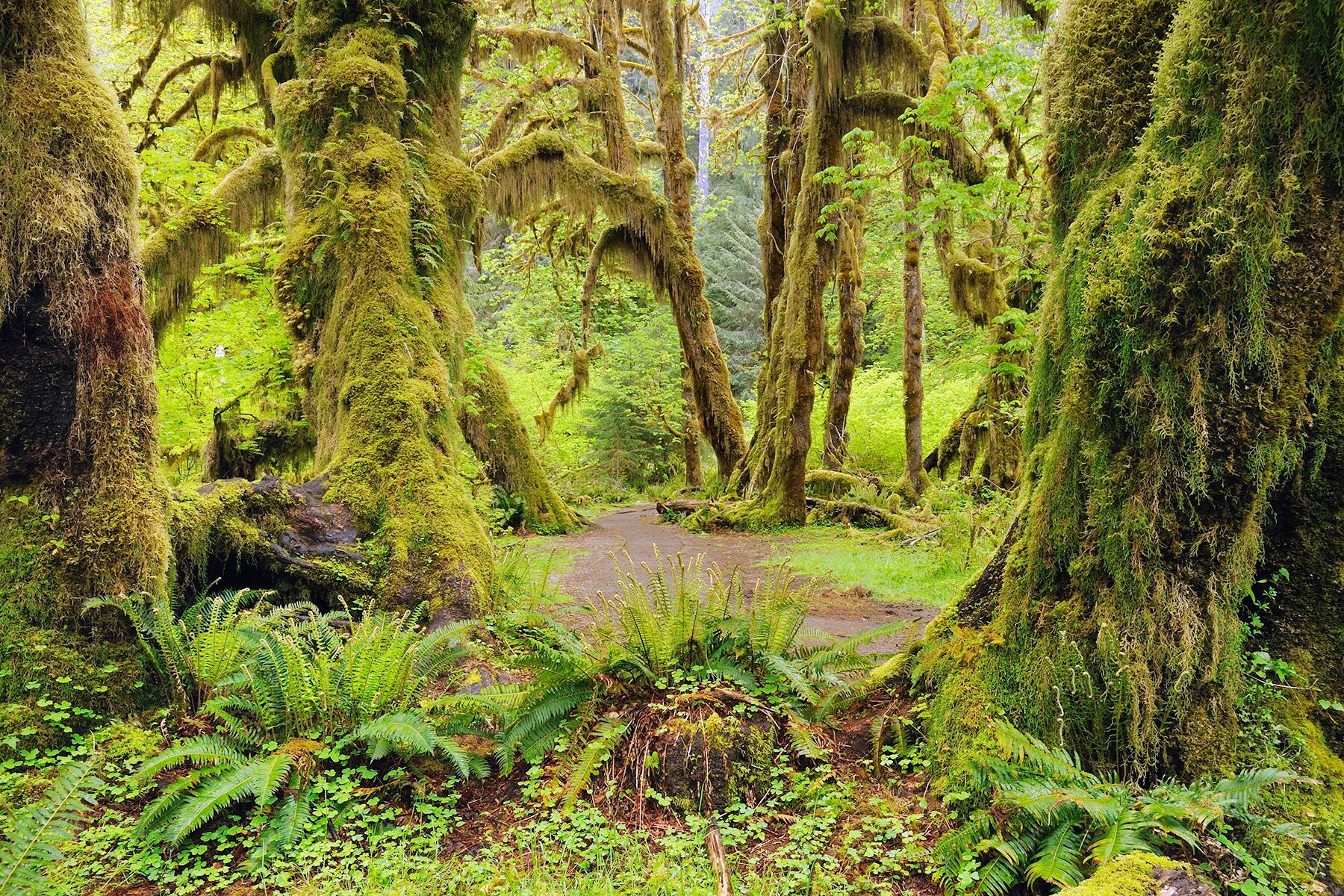 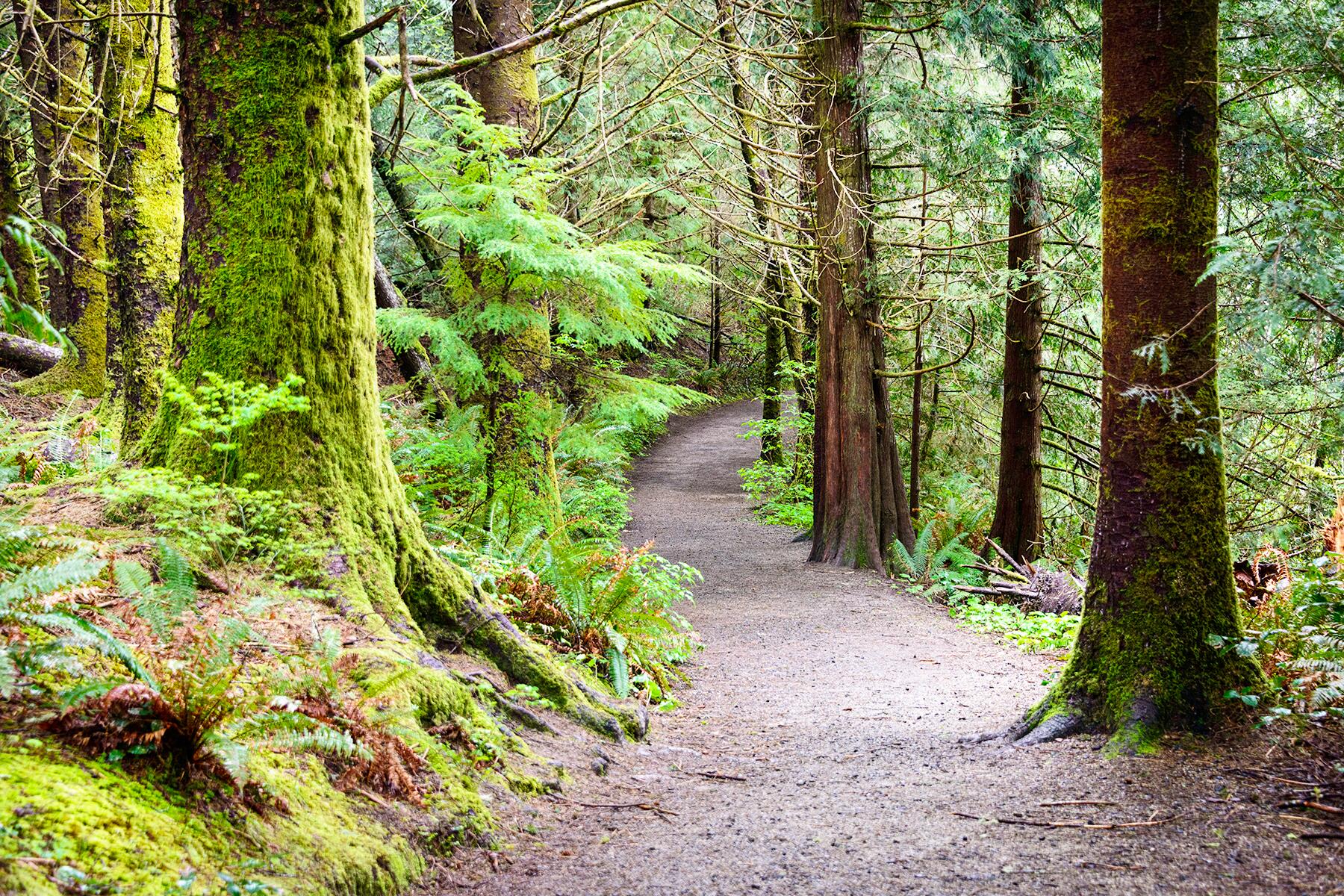 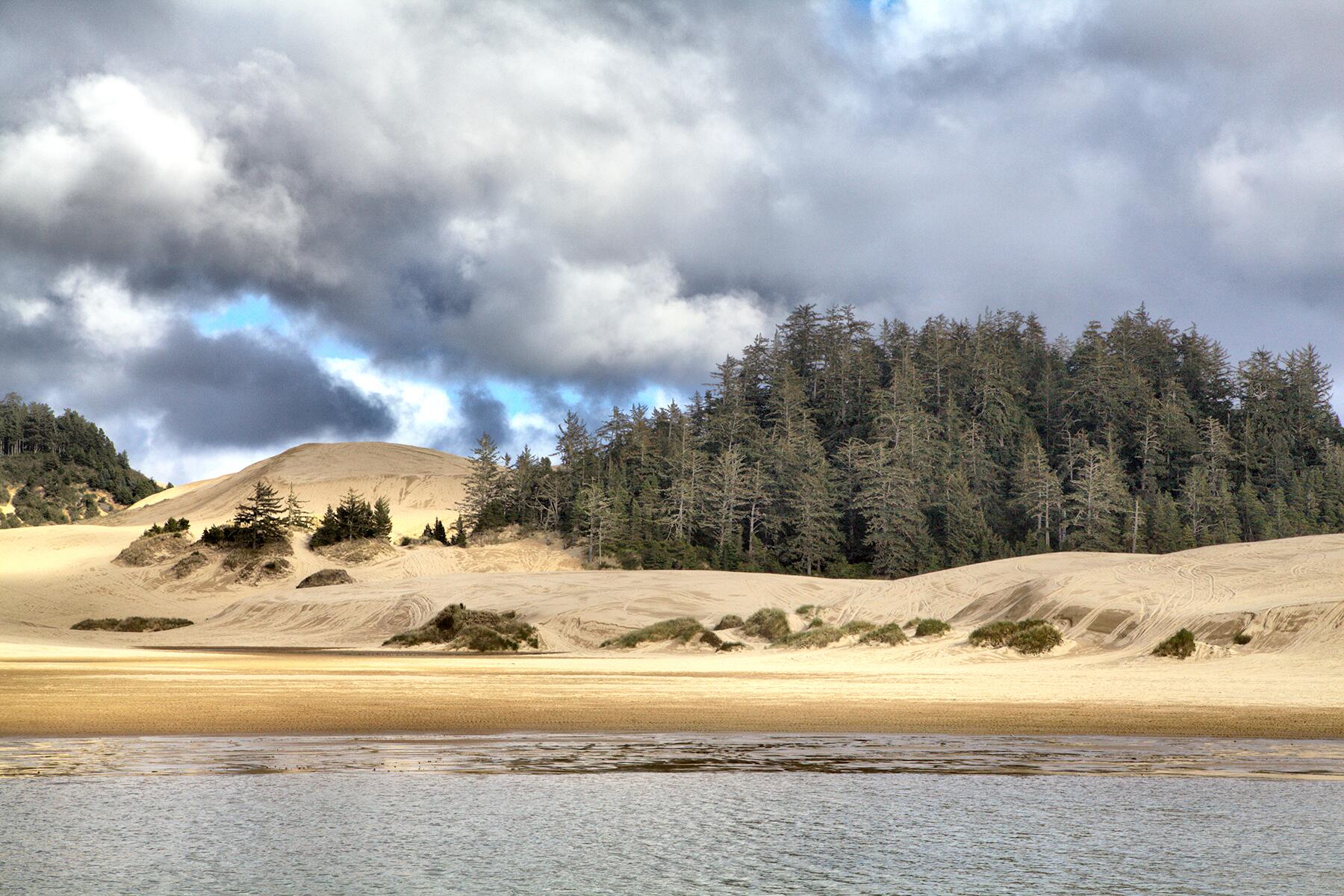 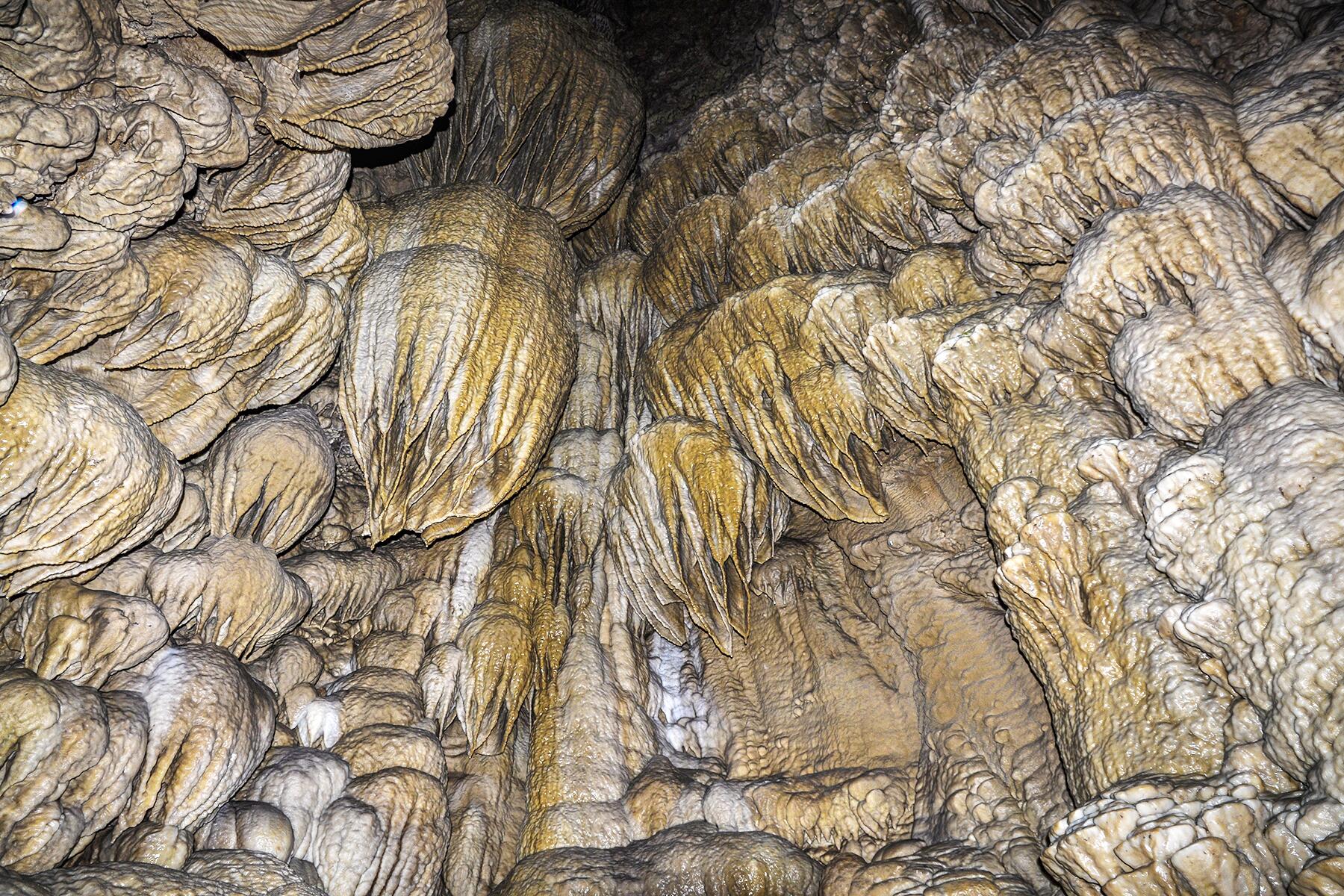 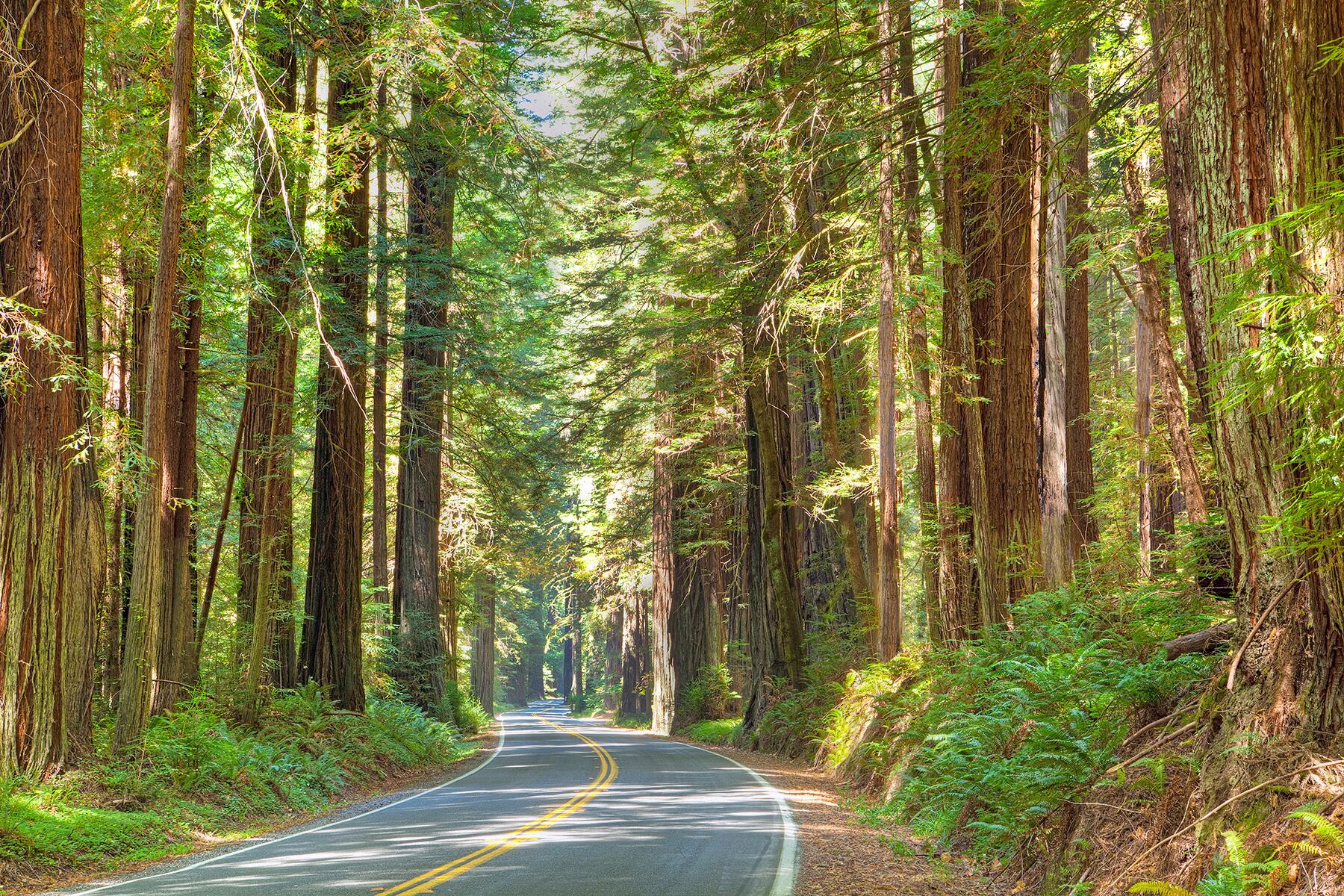 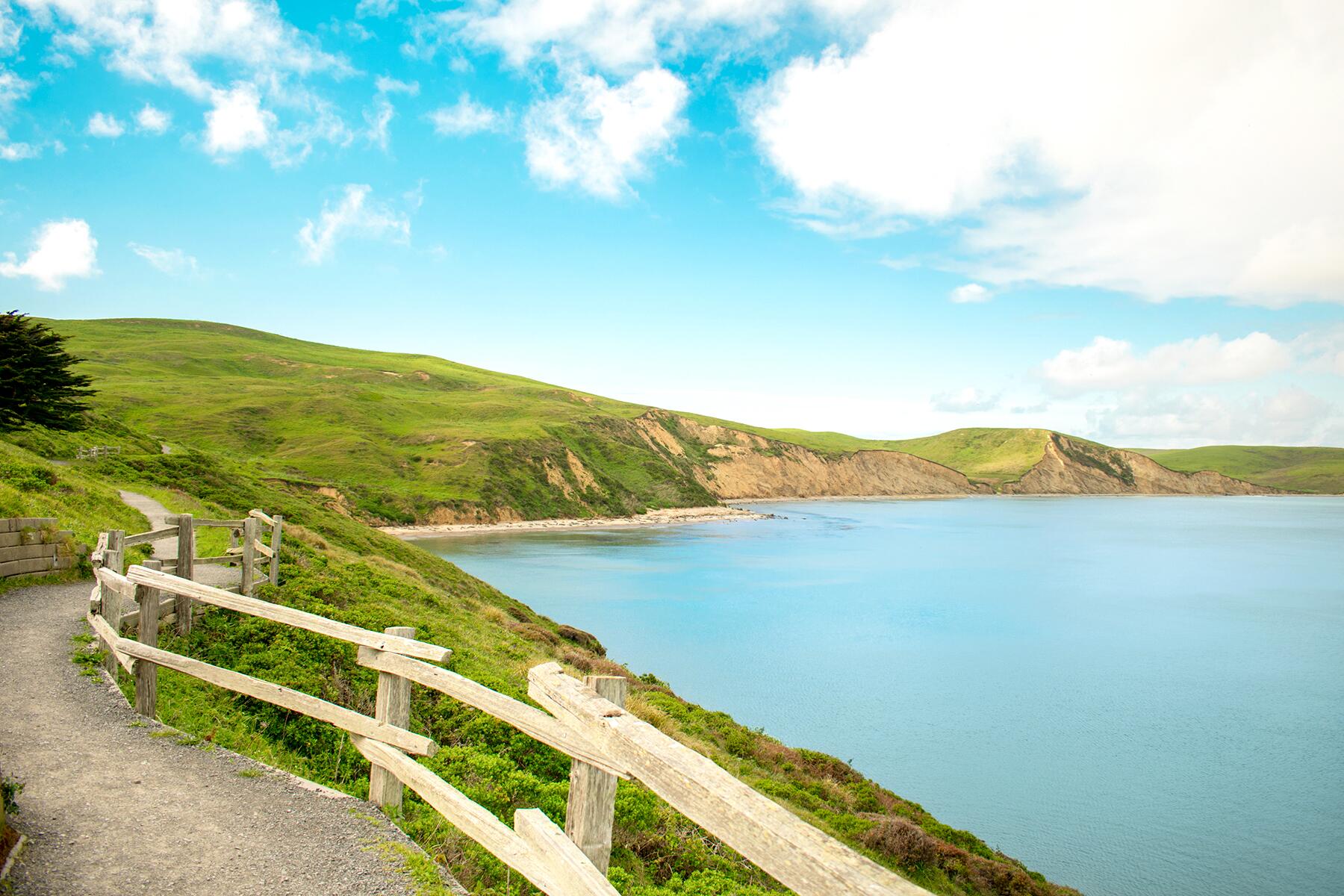 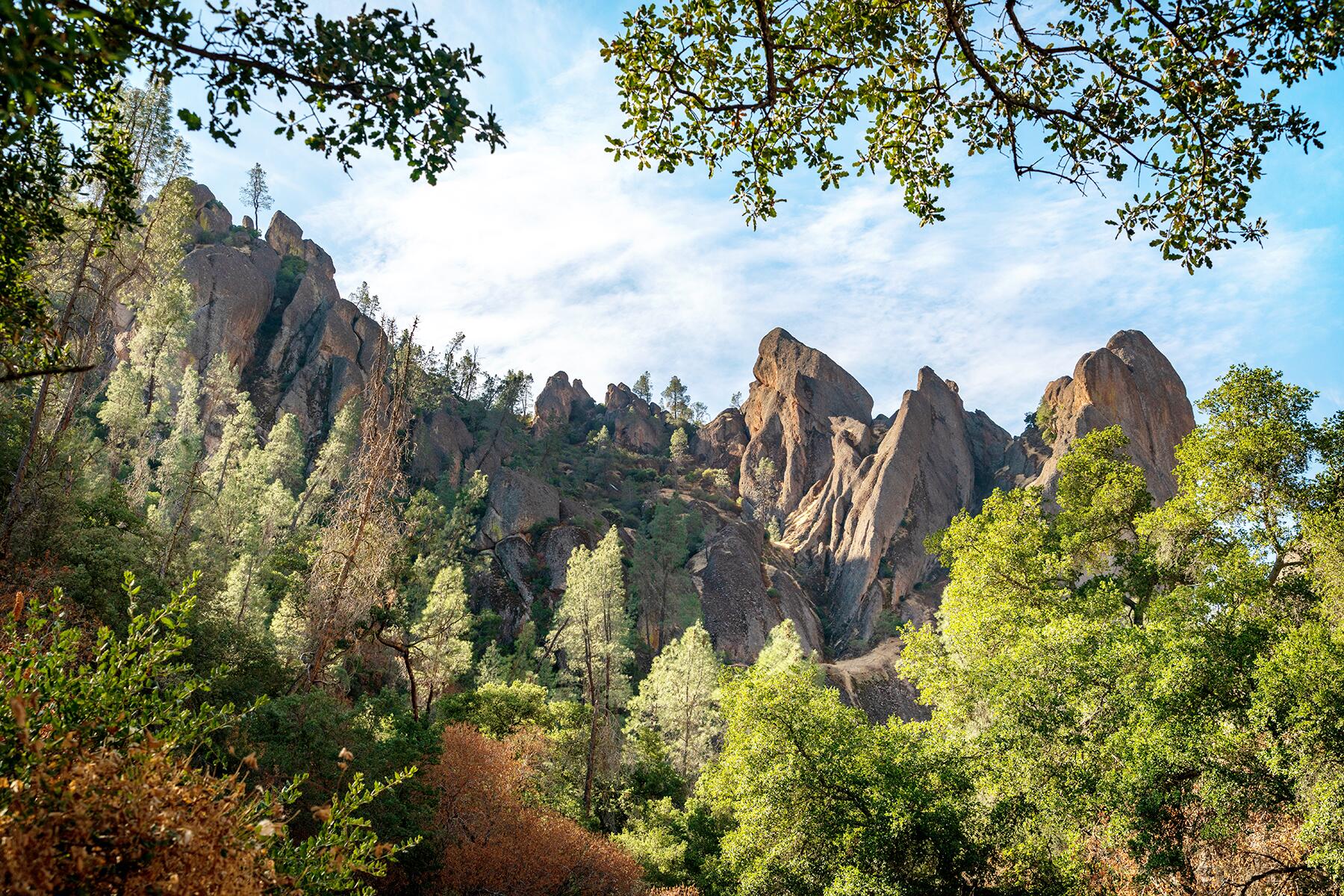 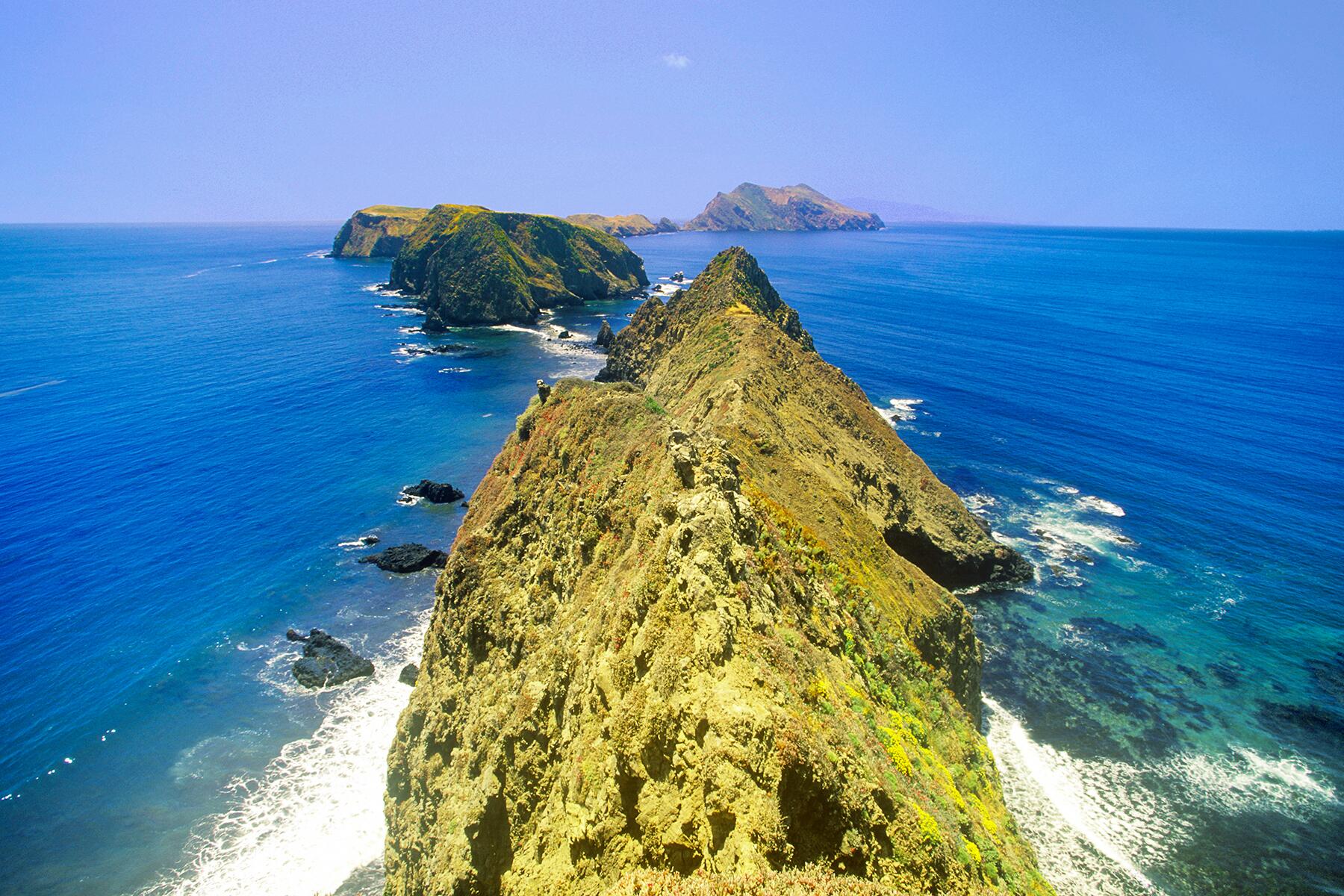 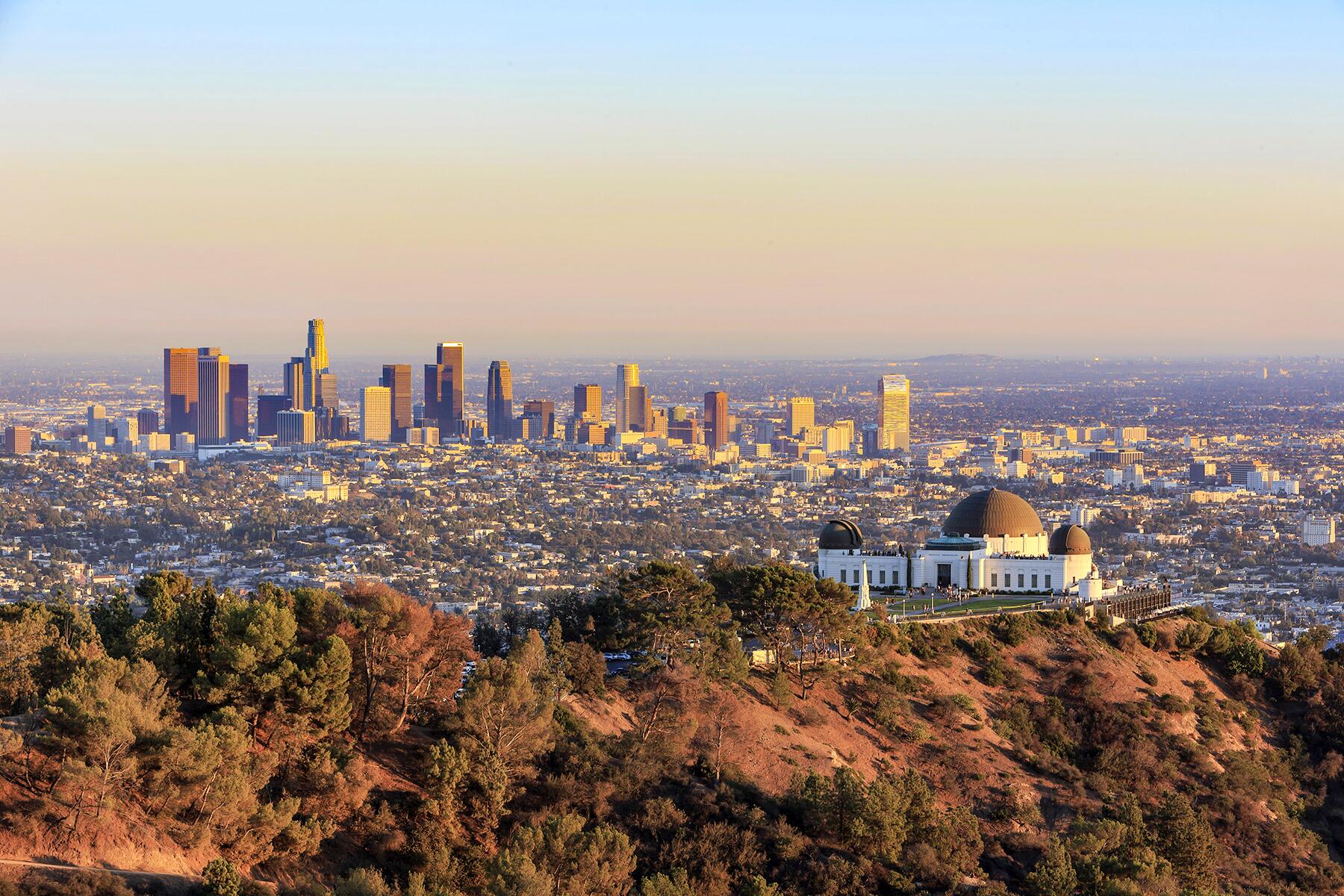 Los Angeles
3 h
145 mi
Joshua Tree National Park
Route: Follow I-10 west to exit 117, and continue north on Hwy. 62, which leads to the park's West Entrance, off Park Boulevard in the small town of Joshua Tree. This is a mostly prosaic freeway drive through suburbia, but Hwy. 62 is a scenic and sometimes twisty route through Morongo Valley.
STOP 2

Joshua Tree National Park
4 h
240 mi
Death Valley
Route: The journey northward runs along both state highways and some unnumbered side roads, but all are paved and well-signed. Start in Twentynine Palms, turn north toward Baker via Amboy and Kelso, pick up Hwy. 127 north to Death Valley Junction, and then take Hwy. 190 west to the Furnace Creek area, in the heart of the park.
STOP 3

Death Valley
6 h 30 m
325 mi
Kings Canyon National Parks
Route: Because getting here entails a long drive, and Sequoia and Kings Canyon are actually two distinct but contiguous parks, it's worth developing a strategy before deciding on your exact route. If time is limited or you're traveling by RV, plan to spend one night in Kings Canyon's Grant Corner Village, limiting your time in Sequoia to the park's northern reaches, and arriving via Hwy. 180. If you're able to stay two or more nights and you're driving a vehicle shorter in length than 22 feet, you could drive to Sequoia the first night via windy but scenic Hwy. 198 and then spend a second night in Kings Canyon. Either way, follow Hwy. 190 west from Death Valley, turn south in Olancha onto U.S. 395, and then follow Hwy. 14 in Bradys to Hwy. 178 west to Bakersfield. Here you can catch Hwy. 99 north to Visalia, where you can decide between the Hwy. 198 or Hwy. 180 routes into the parks.
STOP 4

Yosemite National Park
6 h
310 mi
Lassen Volcanic National Park
Route: Although open only from around early June through late October, Yosemite's Eastern Entrance leads to the most scenic route to Lassen and allows you to explore Tuolumne Meadows. This route follows Hwy. 120 east out of the park to the small town of Lee Vining, where you turn north on U.S. 395 and pass gorgeous Mono Lake, cutting up through Carson City and Reno, Nevada. U.S. 395 leads back into California, where you turn west in Susanville onto Hwy. 36, which leads to Lassen's southern sections. The rest of the year, you'll have to leave Yosemite from the west, driving by way of Stockton via Hwys. 120 and 4. Then turn north on Hwy. 99, continuing through Sacramento to Chico, and then following Hwy. 32 to Hwy. 36/89 west to the park's southerly Kohm Yah-mah-nee Visitor Center, a striking contemporary with picnic areas, a snack bar, and wonderful mountain views. These routes take roughly the same amount of time.
STOP 6

Crater Lake National Park
2 h
95 mi
Newberry National Volcanic Monument
Route: During the warmer months (generally from mid-May–mid-June through mid- to late- October, depending on snowfall), by far the easiest and prettiest route is leaving by way of Crater Lake's North Entrance Station, then following Hwy. 138 east to U.S. 97, which leads north to Newberry National Volcanic Monument, on the southern outskirts of Bend.
STOP 8

Newberry National Volcanic Monument
4 h
235 mi
Mt. St. Helens
Route: From Bend, follow U.S. 97 north and U.S. 26 west past Mt. Hood and into the edge of Portland, then connecting with I–5 north to exit 49 in Castle Rock, Washington, from which Hwy. 504 (aka Spirit Lake Highway) leads east to Mt. St. Helens.
STOP 9

Mt. Rainier
6 h 30 m
335 mi
North Cascades National Park
Route: Although it's a little faster to reach the west side of North Cascades National Park via Seattle and I-5, we recommend the far prettier and only slightly longer drive from Mt. Rainer that entails driving to Auburn via Hwys. 706, 161, and 167; cutting northeast on Hwy. 18 to I-90 east; and driving up through the eastern side of the Cascades along a series of numbered rural mountain highways through the picturesque towns of Cle Elum, Cashmere, Wenatchee, Chelan, Twisp, and Winthrop (this latter town lies east of the park and is a good overnight base for exploring it).
STOP 11

North Cascades National Park
6 h
240 mi
Olympic National Park
Route: As you leave the park's western border, in the town of Rockport turn onto Hwy. 30 and continue to Arlington, picking up I-5 south to exit 177, where a short drive on Hwy. 104 leads to the Washington State Ferries terminal in charming Edmonds. After taking the car ferry across a narrow passage of Puget Sound to Kingston, continue west on Hwy. 104 across the Kitsap Peninsula to U.S. 101, which leads to Port Angeles and the Hurricane Ridge section of Olympic National Park. Note that the Edmonds-Kingston ferry runs daily about every hour or so from early morning until late at night and costs about $16 for car and driver and $9 for each additional passenger.
STOP 12

Olympic National Park
5 h
240 mi
Lewis and Clark National Historical Park
Route: Follow U.S. 101 west from Port Angeles through the park and around the peninsula for the best scenery (if you're in a hurry you can shave an hour off your drive taking U.S. 101 east from Port Angeles and cutting down through Shelton). If you depart Olympic National Park from its southern end at Lake Quinault, the drive takes only 2.5 hours.
"Undaunted Courage" by Stephen E. Ambrose
STOP 13

Lewis and Clark National Historical Park
5 h
210 mi
Oregon Dunes National Recreation Area
Route: This is a simple, straight shot down U.S. 101, also known as the Oregon Coast Highway. However, this is also one of the prettiest coastal drives in the country, and it passes through a number of stunning oceanside towns and state parks, including Cannon Beach, Manzanita, Newport, Yachats, and Florence, so give yourself plenty of extra time to enjoy the scenery.
STOP 14

Oregon Caves National Monument
2 h 30 m
105 mi
Redwood National Park
Route: Redwoods National Park comprises several different units spanning a 60-mile corridor from Crescent City to just north of Trinidad, with several key sites as well as visitors centers in between. It's just a 60-mile, 90-minute drive from Oregon Caves, via Cave Junction and U.S. 199, to the northernmost grove of Redwoods in Hiouchi, just east of Crescent City. To get to the heart of the park and Prairie Creek Visitor Center, continue a short way along U.S. 199 to U.S. 101, and head south another hour or so.
STOP 16

Redwood National Park
5 h
280 mi
Point Reyes National Seashore
Route: Although this drive is from coastal Humboldt County to coastal Marin County near San Francisco, most of it is inland through magnificent old-growth forest, and all but the last several miles are along U.S. 101. When you get to Petaluma, in Sonoma County, at exit 474 of U.S. 101, cut toward the coast via D Street and then Point Reyes–Petaluma Road, which takes you to Hwy. 1 and then the park's entrance.
STOP 17

Point Reyes National Seashore
3 h
170 mi
Pinnacles National Park
Route: Although it covers one relatively small (by national park standards) tract of about 26,600 acres, Pinnacles National Park feels like two separate places, as it's accessed from either the east or west, and there's no road connecting the two entrances. From Point Reyes National Seashore, take Hwy. 1 through the gorgeous Marin Headlands to U.S. 101, continue south over the Golden Gate Bridge through San Francisco, connect with I–280 south through Silicon Valley, pick up U.S. 101 southeast of San Jose, and then, if you're heading to the western side of the park, follow U.S. 101 to Soledad, and then turn east on Hwy. 146. Or if you're entering the east side of the park, branch off the U.S. 101 south of Gilroy at exit 353 and take Hwy. 25 south to Hwy. 146. Note that the road to the western entrance is windy and meanders through some hilly terrain; it's not recommended for RVs. The road to the eastern entrance is much more direct. Also, to drive from one entrance to the other, it takes about 90 minutes.
STOP 18

Channel Islands National Park
1 h 30 m
70 mi
Los Angeles
Route: From Ventura, the U.S. 101 is the fastest and most direct way into Los Angeles, but branching off onto coastal Hwy. 1 in Oxnard and continuing along it through Malibu and Santa Monica offers much prettier scenery, and depending on traffic, it doesn't necessarily take much longer.
THE END

Where to Weekend SEE ALL

Login or register to comment on this itinerary below or join the conversation with other members on our Road Trips Forum. You can also email a road trip suggestion you’d like us to cover at [email protected].